Accessibility links
Teen Creates App So Bullied Kids Never Have To Eat Alone : The Salt Natalie Hampton knows what it's like to have no one to sit with during school lunch. So she created Sit With Us, an app that helps kids find friendly harbors in the crowd. 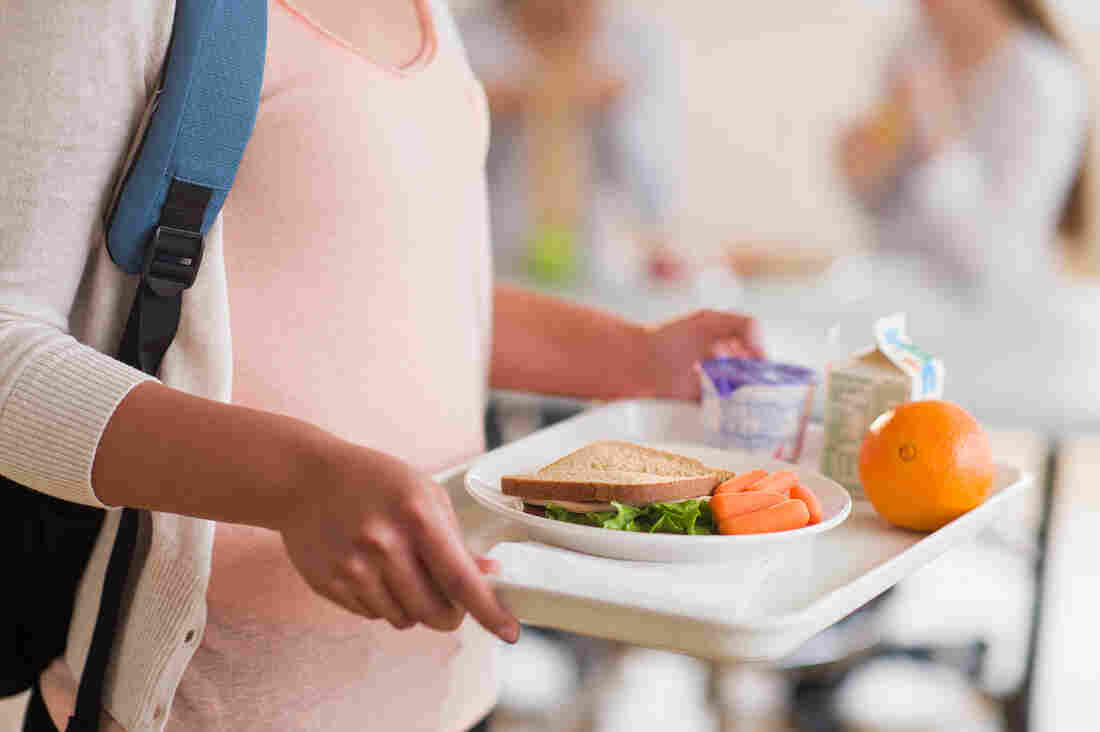 School lunch can be intensely lonely when you don't have anyone to sit with. A new app aims to help change that. Tetra Images/Getty Images hide caption 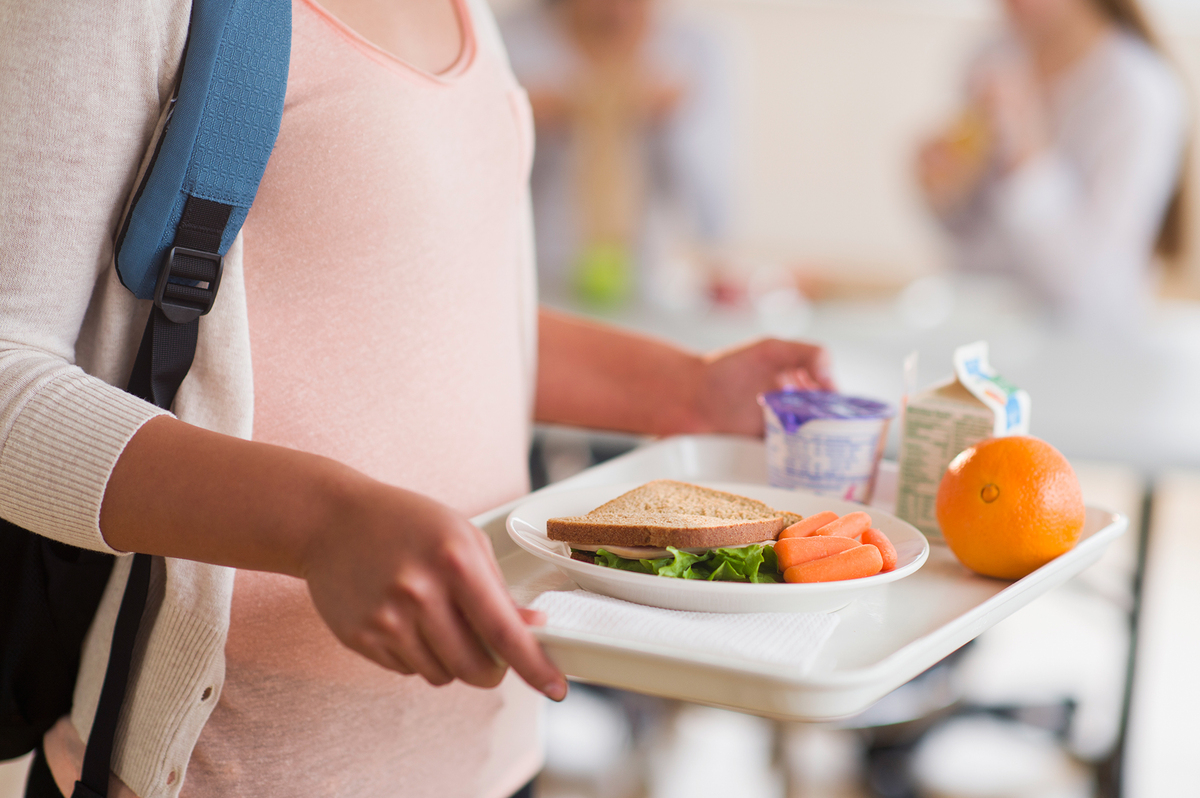 School lunch can be intensely lonely when you don't have anyone to sit with. A new app aims to help change that.

You're at a cafeteria, you've got your lunch ... and then you just don't know where to sit. You don't want to sit alone, but you also don't know who would be friendly and let you sit with them. Sixteen-year-old Natalie Hampton has been there. She's an 11th-grader from Sherman Oaks, Calif., and the creator of a new app called Sit With Us.

Hampton recently spoke about the app with All Things Considered host Audie Cornish. A transcript of their conversation follows, edited for clarity.

This is a great idea, but I understand it kind of comes from a sad place, right? I mean, essentially because you had a pretty lonely experience at lunchtime.

Yeah, I did. At my old school, I was completely ostracized by all of my classmates, and so I had to eat lunch alone every day. When you walk into the lunchroom and you see all the tables of everyone sitting there and you know that going up to them would only end in rejection, you feel extremely alone and extremely isolated, and your stomach drops. And you are searching for a place to eat, but you know that if you sit by yourself, there'll be so much embarrassment that comes with it because people will know and they'll see you as the girl who has nowhere to sit. So there's so many awful feelings that come along with it. 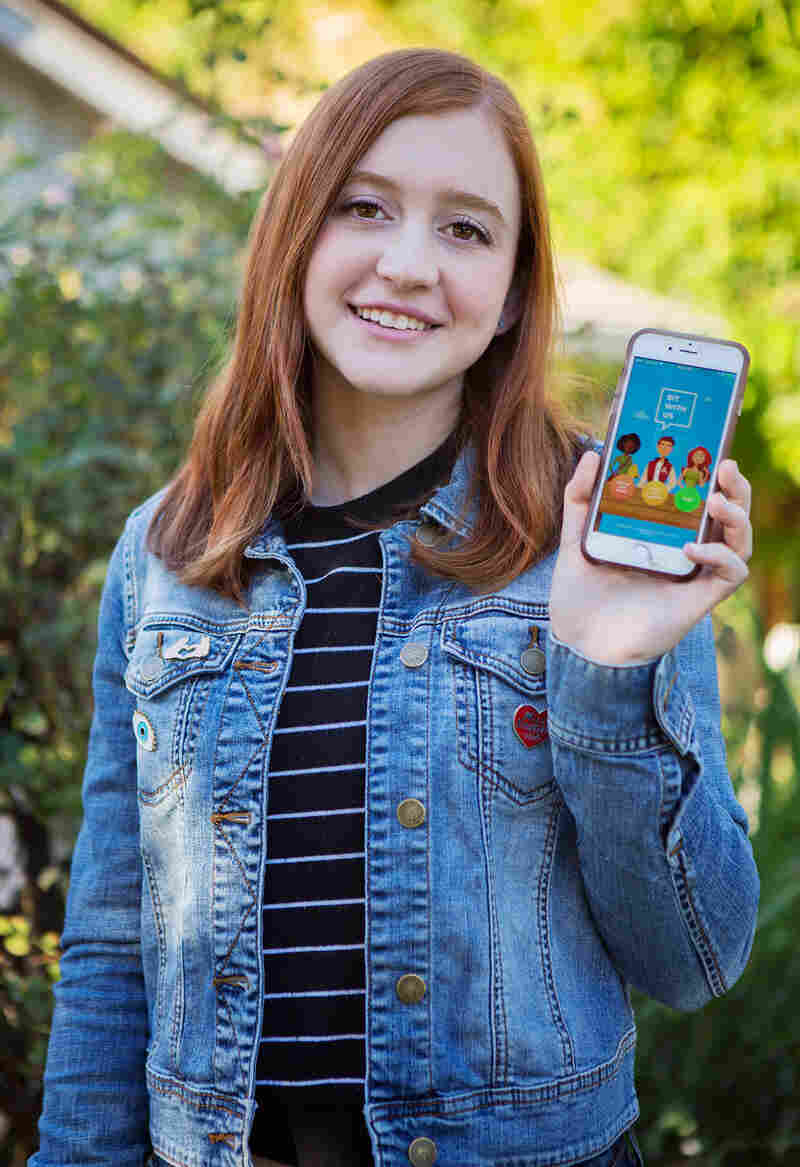 Natalie Hampton shows off the Sit With Us app. Courtesy of Carolyn Hampton hide caption 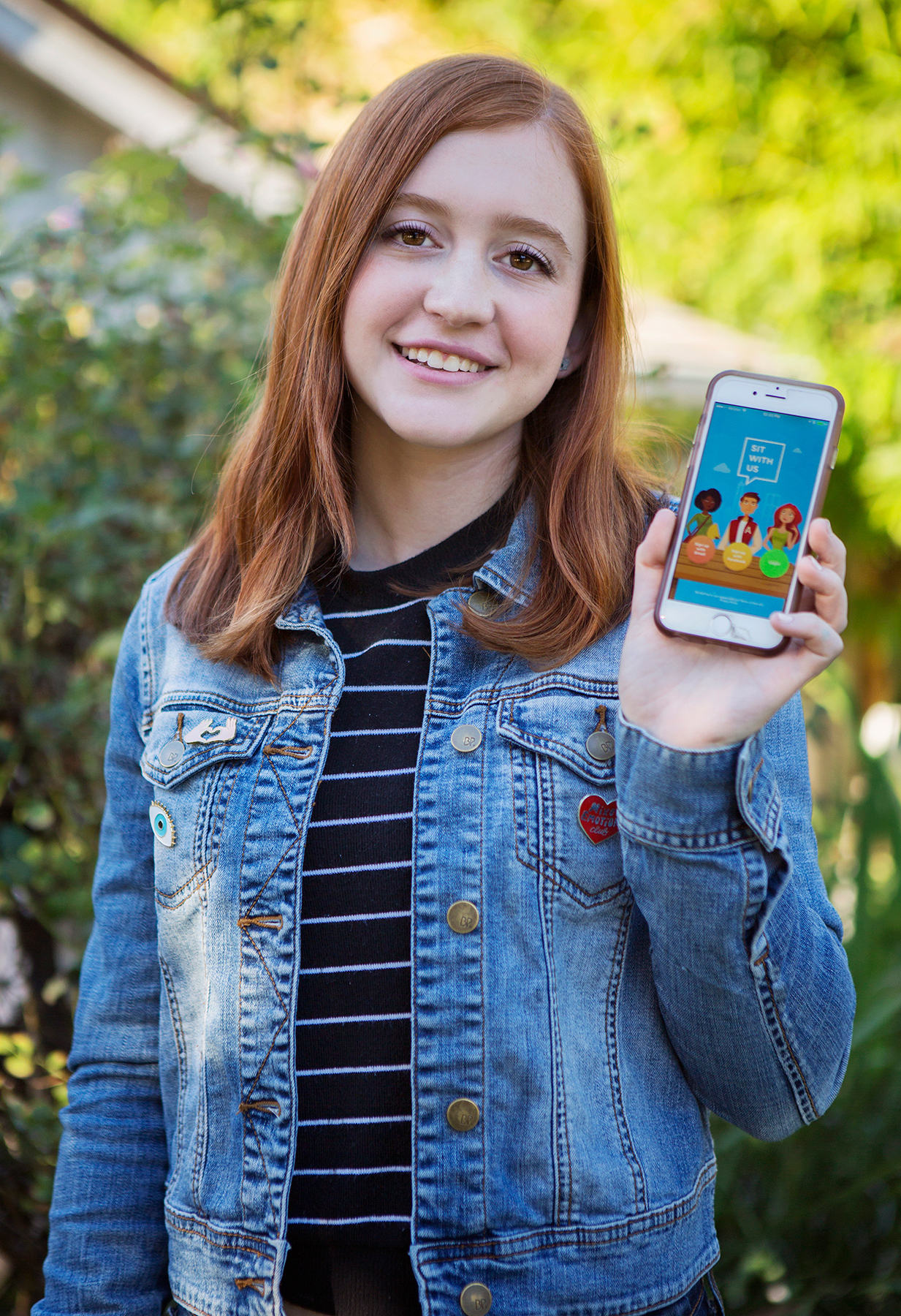 Natalie Hampton shows off the Sit With Us app.

You eventually changed schools, and you did make friends in this new school. But it sounds like you couldn't shake that feeling, right — that experience.

Well, I felt that if I was thriving in a new school but didn't do anything about the people who feel like this every single day, then I'm just as bad as the people who watched me eat alone. I felt like, with my story, it was my job to stand up and do something about all the kids who feel like this every day. And I wanted to create something that would address bullying, but in a positive way.

So you get this idea for an app, and how did you want it to work?

The way that it works is it's a free lunch-planning app where kids can find lunch tables if they feel like they have nowhere to go. Pretty much, kids can sign up as ambassadors for a Sit With Us club and agree to post open lunches so that anyone who has the app and has nowhere to go can find a table and, hopefully, make some new friends.

Party Of 1: We Are Eating A Lot Of Meals Alone

Now, it seems like the kind of kid who would do that would be the kind of person you could walk up to and say, "Hey, can I sit with you?" So why have an app? Why not the low-tech version, which is just ask to sit down?

Because the way it was at my old school, I tried many times to reach out to someone, but I was rejected many times. And you feel like you're labeling yourself as an outcast when you ask to join a table with someone you don't know. This way, it's very private. It's through the phone. No one else has to know. And you know that you're not going to be rejected once you get to the table.

So your app launched [last] week. Have you had a chance to see the app in action just yet?

So far, the results have been very, very positive. I had my first club meeting the other day, and everyone was very excited. And people are already posting open lunches at my school. So I'm very excited that things are already kicking off with a great start.