Accessibility links
Farmers Enlist Chickens And Bugs To Battle Against Pests : The Salt In an effort to turn away from chemical pesticides, which have the potential to damage the environment, some farmers are looking in a new direction in the age-old struggle against pests. 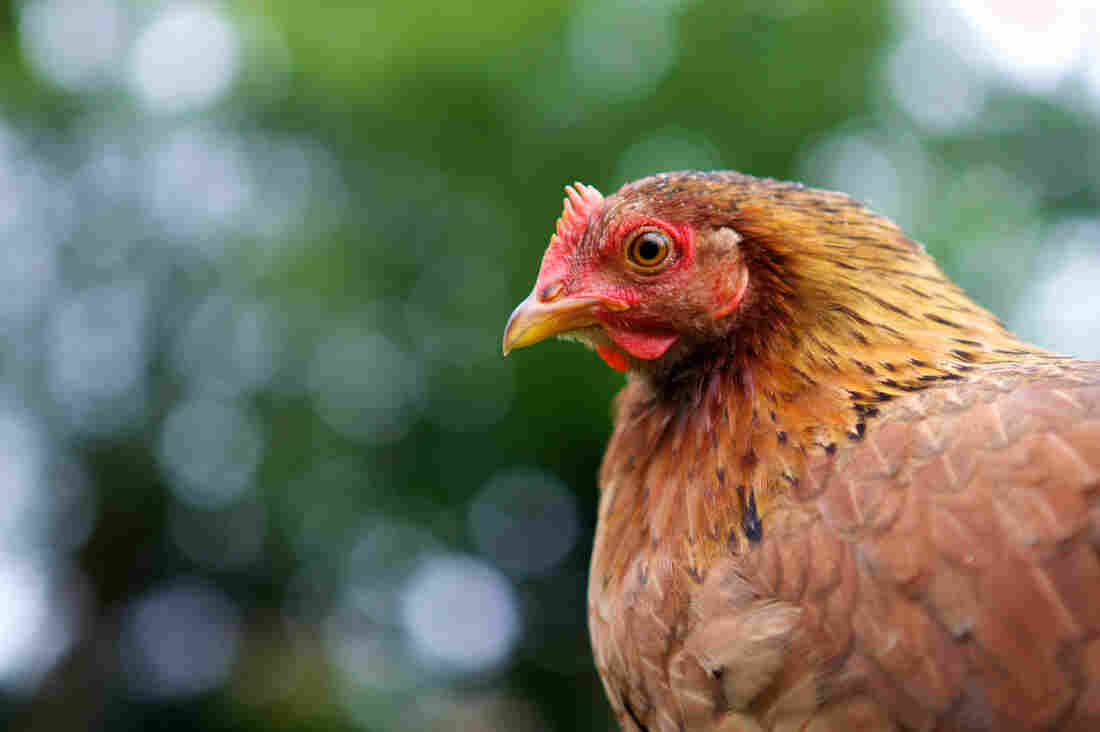 Some farmers are turning to chickens to ward off intruding insects and noxious weeds. Thomas Vlerick/Flickr hide caption 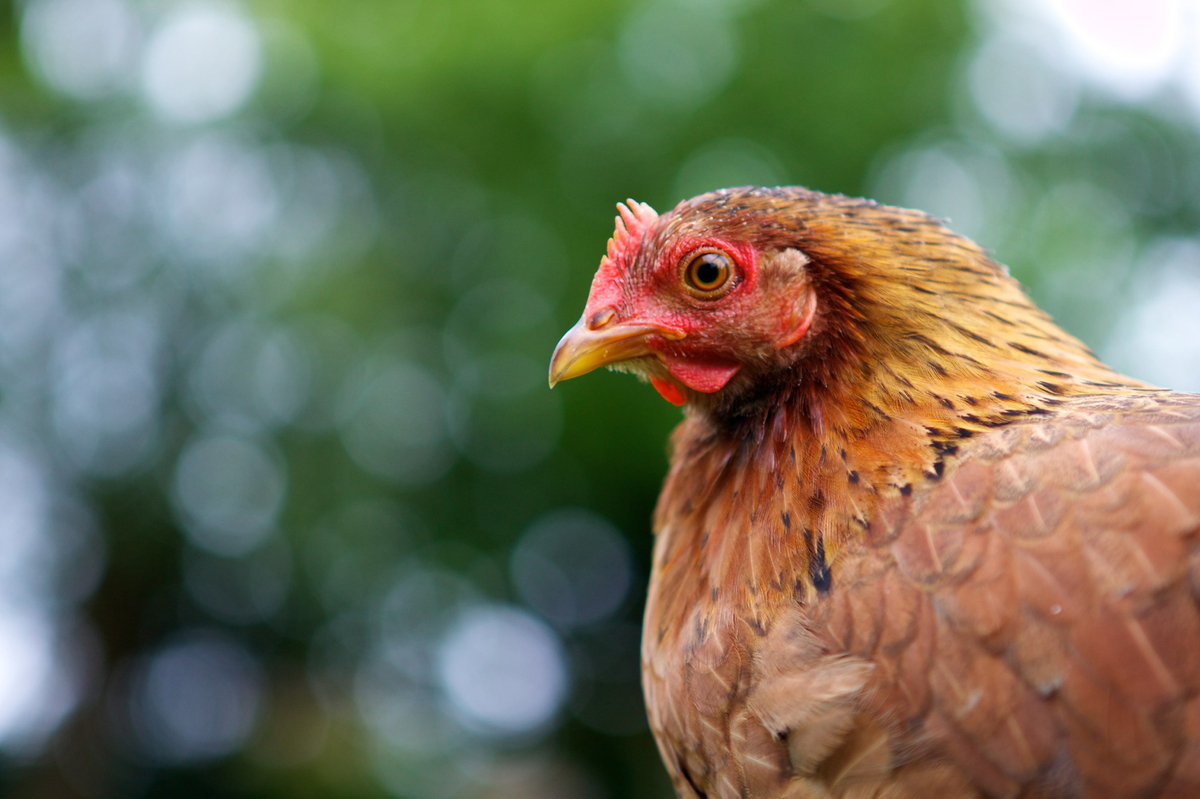 Some farmers are turning to chickens to ward off intruding insects and noxious weeds.

In an effort to turn away from chemical pesticides, which have the potential to damage the environment, some farmers are looking in a new direction in the age-old struggle against pests. They're warding off intruding insects and noxious weeds with bugs and chickens.

Gary Wenig and his wife bought 40 acres in central Missouri to grow organic vegetables. The land was full of weeds and insects, he says, and going organic meant the Wenigs couldn't use conventional pesticides like the ubiquitous Roundup or atrazine. Organic farmers can use certain nonsynthetic pesticides, but they're expensive and still can be toxic.

So Wenig decided to experiment. He planted what are known as "trap crops," sacrificial plants not raised for harvest but that are extra tasty to pesky insects like squash bugs. Trap crops like Blue Hubbard squash attract the harmful bugs, leaving his zucchinis largely untouched.

"The bugs will move in and they'll stop at that point and eat those plants," Wenig says. "So then you spray that portion of your garden only. You don't have to spray the food you're eating."

It's like a perimeter defense system. But Wenig took it even further. He wanted to cut out all pesticides — conventional and those approved for use under the organic label.

"We have free-range chickens, and the chickens love those bugs," he says. So he thought, "instead of spraying [the trap crops], why don't we get the chickens to eat them?"

Once the patches of planted trap were grown, Wenig rolled out a chicken tractor — basically a large, mobile coop on wheels with a mesh-wire bottom — and let several chickens in there feast on the bugs from above. Every few hours, he moved the mobile coop to a new patch. The arrangement saves Wenig money on both pesticides and feed for his chickens and ducks.

While the trap crop and chicken system has worked for the Wenigs' small farm, it might not be feasible on a larger, conventional farm. That's why university researchers, along with the U.S. Department of Agriculture, are looking at ways to combat pests by introducing predatory bugs. 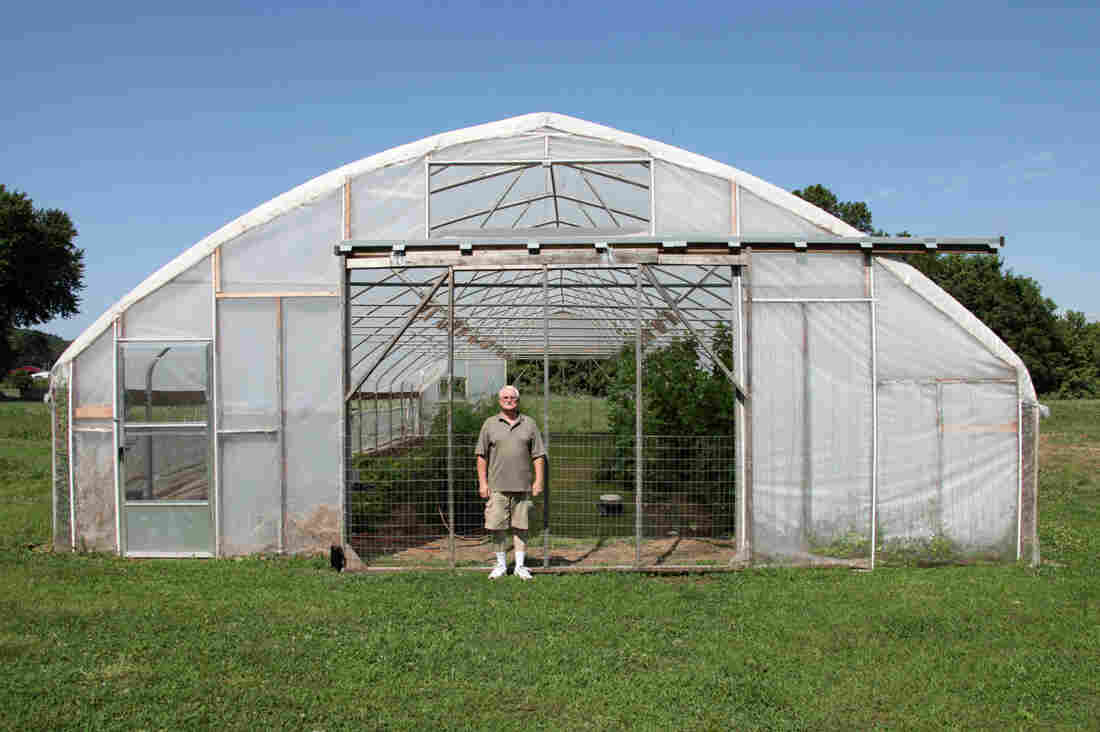 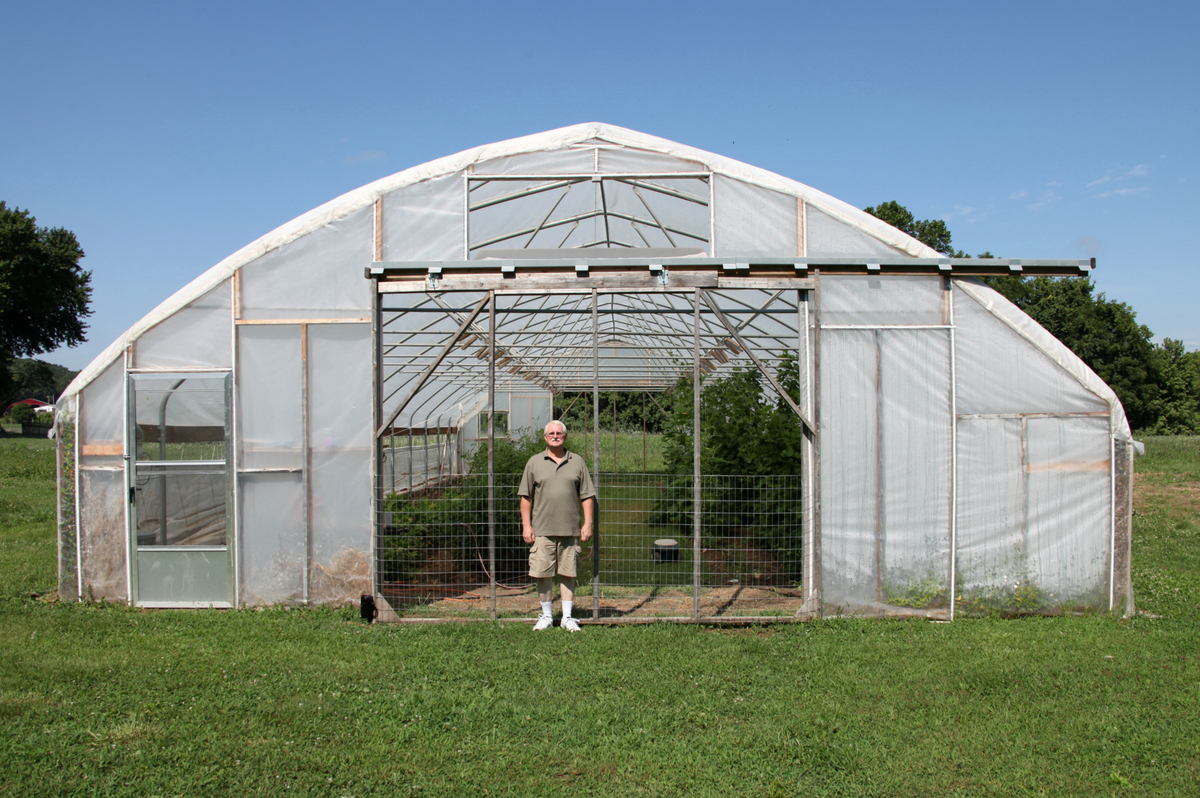 Central Missouri farmer Gary Wenig plants trap crops around his high tunnel in an effort to stop pests from eating his produce.

Garden stores sell ladybugs to customers so they can release the helpful insects in their yards to eat the aphids that plague tomato plants. But there are other pests that are damaging many more acres than the backyard aphids — and in larger numbers.

"Take the soybean aphid right now," says Ben Puttler, professor emeritus of entomology at the University of Missouri, Columbia. "It's considered a pest because [farmers] don't have its natural enemies. And we're trying to introduce natural enemies for it."

The tiny soybean aphid popped up in the U.S. around 2000, Puttler says. It comes from Asia and sucks the juices out of the plant, which can lead to fungus and mold. The bugs can trash up to 40 percent of a farmer's crop, according to the North Central Soybean Research Program.

Researchers went to China and Japan to find the aphid's natural enemy. They found the teeny, tiny, parasitic wasp.

"You can look at it this way," Puttler says. "We have an army. And the wasps are the air force, and the ground force are the predators."

The wasps inject their eggs into aphids. The larvae then eat the aphid from the inside out before emerging as an adult wasp.

Researchers are testing natural predators for other agricultural pests, too, including stink bugs and the infamous emerald ash borer, which has been devastating to ash trees all over the country.

But sometimes it's the plant itself that bugs farmers. Weeds can send an organic farmer running for help, especially if it's an unfamiliar plant, like the invasive garlic mustard.

Garlic mustard comes from Europe and has been creeping into Midwest pastures and forests for several years now, according to Hank Stelzer, a forestry specialist with University of Missouri Extension.

"It is very easy to pull out," Stelzer says. "The problem is there is just so many of them."

The weed stops grass and tree seedlings from starting, making it harder for grazing pastures and timber forests to reproduce. Researchers are currently testing a few weevil species and tiny wasps that love to chow down on garlic mustard.

Of course, there is danger in introducing a new species to an ecosystem and creating an even bigger problem. Stelzer says that's why the U.S. Department of Agriculture first conducts rigorous tests in quarantined labs. The tests are done in controlled environments — in greenhouses and growth chambers — in advance of field tests. Regulatory approval can take decades, and many potential options don't pan out.

Wenig says he plans to expand his trap crop perimeter to encompass all of his garden plots, including his high tunnel greenhouse. He has teamed up with Lincoln University to do more studies and is hoping to get another USDA grant to implement the larger project.

Next year, he says, he will plant more beneficial insect plants to attract the ladybugs and dragonflies, which eat pest bugs.

"We're going to build two fences with about 15 feet in between them so we can get the tractor in there," he says. "And we're just going to plant nothing in there but sacrificial plants and beneficial insect plants."

Then he'll unleash the chickens.

This story comes to us via Harvest Public Media, a reporting collaboration focused on food and agriculture.