Accessibility links
We Really Do Get A Little More Santa-Like, Physically, During The Holidays : The Salt All that holiday grubbing does indeed pack on the pounds. How much? Researchers tracked the weights of 3,000 people in Germany, Japan and the U.S. and found a weight spike after every major holiday.

We Really Do Get A Little More Santa-Like, Physically, During The Holidays

We Really Do Get A Little More Santa-Like, Physically, During The Holidays 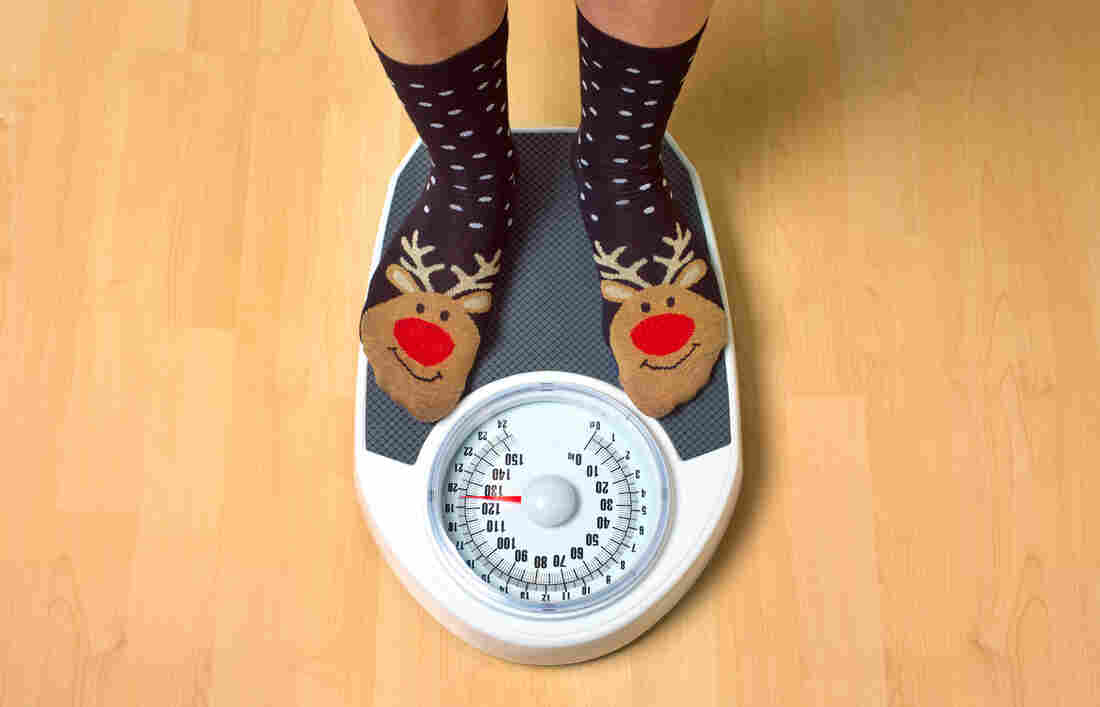 All that holiday grubbing really does pack on the pounds. How much? Researchers tracked the weights of 3,000 people in Germany, Japan and the U.S. and found a weight spike after every major holiday. Peter Dazeley/Getty Images hide caption 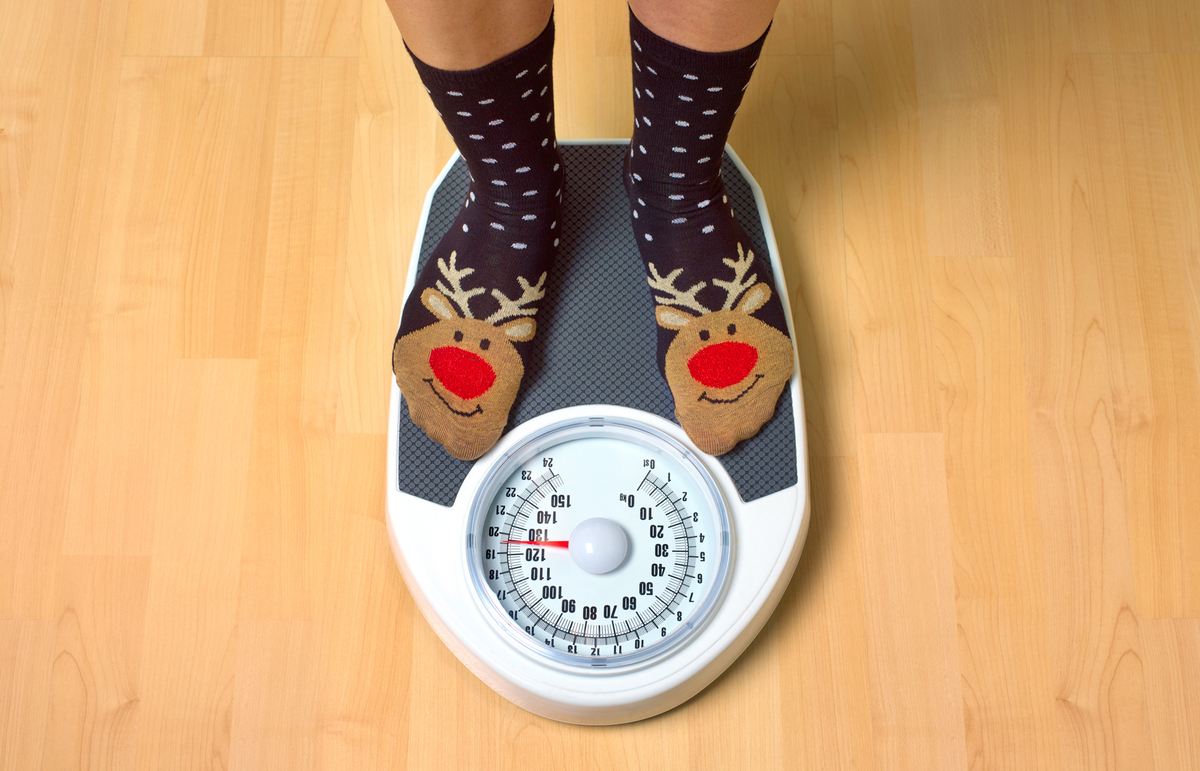 All that holiday grubbing really does pack on the pounds. How much? Researchers tracked the weights of 3,000 people in Germany, Japan and the U.S. and found a weight spike after every major holiday.

The holidays on the horizon promise golden opportunities to shamelessly stuff your face. But munch carefully: All that grub comes at a cost. Researchers averaged the daily weights of 3,000 people in Germany, Japan and the U.S. for a year and saw a spike in weight gain following every major holiday.

In the United States and Germany, people weighed the most at the beginning of January, following Christmas and the New Year. In Japan, people still had experienced a significant gain in weight from December to January, but their highest weights were after the Golden Week, three consecutive holidays that take place the first week of May. Perhaps not surprisingly, there was a sharp gain in the weights of Americans after Thanksgiving, but not among the Japanese or Germans.

That seems to suggest that people really are becoming heavier because of the holidays, and not merely for other reasons — like less exercise during the winter months, says Elina Helander, a post-doctoral research scientist at Tampere University in Finland who worked on the new research, which she and her colleagues share in a letter to the editor in this week's New England Journal of Medicine.

Prior to this study, she says, "there wasn't much knowledge around how people's weights behave around the holidays. There's really this type of holiday [weight] gain you can see from this data that isn't because of [other effects]."

Then those panicked New Year's resolutions appeared to kick in: People in the study started to lose the turkey/candy/beer weight, according to the data. There's a precipitous drop in weight for all the populations right in the beginning of January, Helander says: "People [might be] motivated to do something. All the fitness centers are full of people in January." At the end of the one- year study, participants were roughly back to where they started, gaining and losing at most two pounds on average.

The changes in weight the study attributes to holidays is actually petty small, Brooke Bailer, a clinical psychologist at the University of Pennsylvania Center For Weight and Eating Disorders who did not work on the study, points out. "The maximum weight gain is all less than 2 pounds. The United States is 1.3 and Japan is 1.1 pounds," she says. That might not be enough to tell everyone not to enjoy the Christmas goose.

But it's also not nothing, says Diana Thomas, a mathematician at the United States Military Academy who studies obesity and was not involved with the study. In a back-of-the-envelope calculation, Thomas says she looked at how much people would need to eat in December to get that rise in weight over the winter. "That would be about a 600 calorie increase per day for the Germans. That's three extra donuts per day. For Americans, it's two extra donuts per day. 1 extra donut for the Japanese above and beyond what you're normally eating."

The study does show that the weight gain is temporary on average, but that might not be true for everybody. Thomas says it's difficult for people who are already overweight or obese to lose extra pounds. "We've shown it's very, very difficult to exercise it off, for everybody. Losing weight is rough," Thomas says. And she's also found that when people do shed the pounds from overeating, they aren't losing the same types of body weight equally. "You see a decrease back to the previous weight, but more of it was retained as fat."

In Helander's study, all of the participants already had scales to weigh themselves, too. That makes them different from people in the general population who don't own scales or see their weights every day, says Bailer. "The act of weighing may have influenced their weight loss after all these small weight gains," she says. People who don't bother standing on a scale every day might not be as motivated to hit the gym after New Years'.

Still, showing that holidays really are fattening people up is useful. "These spikes tell us that we should view these holidays a little differently," Thomas says. "And it gives you an opportunity where you can see weight gain and where it happens." That means you might be able to prevent people from gaining the weight in the first place.