Accessibility links
'Cup Noodles' Turns 45: A Closer Look At The Revolutionary Ramen Creation : The Salt Today instant ramen is consumed in at least 80 countries — with culturally specific adaptations. The U.S., for instance, gets shorter noodles, because Americans don't slurp them up like the Japanese. 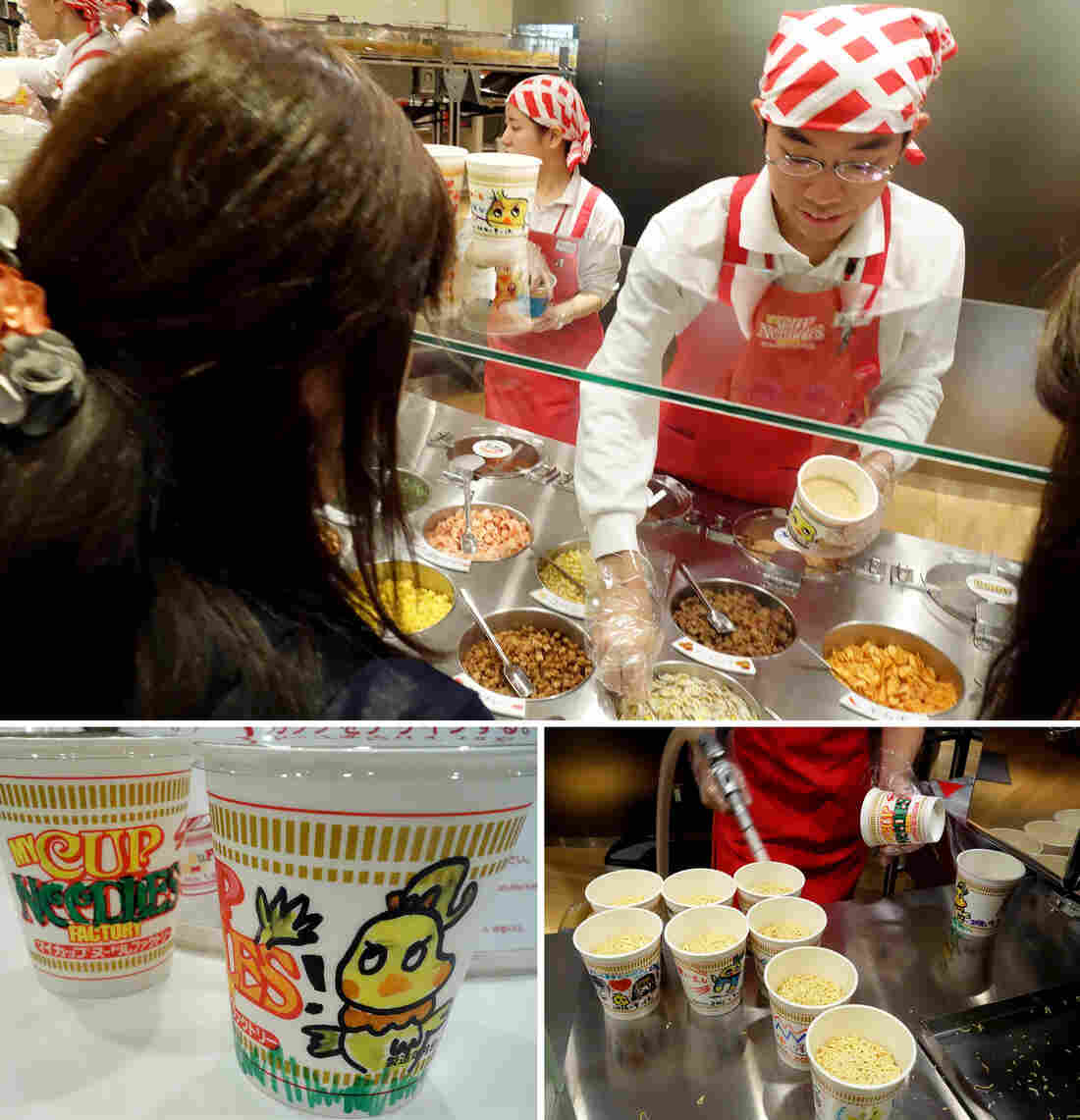 Cup Noodles, the dorm-room staple that cooks in three minutes, turns 45 this month. There's no better place to celebrate than its very own museum in Yokohama, Japan.

"This is the museum that really honors the creator of instant ramen and Cup Noodles," says museum manager Yuya Ichikawa, who leads me on a tour.

Here you'll find a floor-to-ceiling display of every flavor of instant ramen put out since the mid-20th century; a kitchen to prepare fresh ramen noodles; a sprawling assembly line — reservations required — to create your own Cup Noodles concoction to take home. 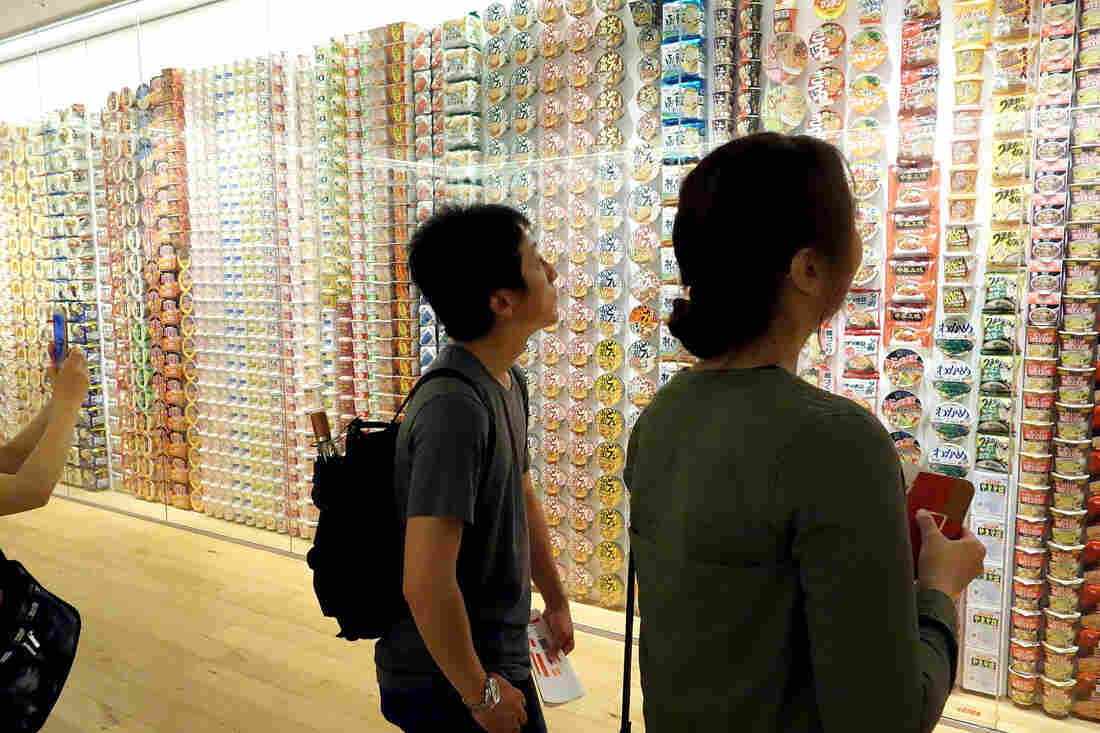 Visitors view a display of Cup Noodles packages from around the world. Elise Hu/NPR hide caption

And, of course, the place is filled with tributes to the Cup Noodles creator — a man named Momofuku Ando.

Ando first came up with instant ramen noodles while working in a backyard shed in 1958. Before then, ramen noodles couldn't be stored or cooked quickly — only bought fresh and served after a long boil. Ando devoted himself to figuring out how to take cooked noodles and dry them out to preserve them so they could cook almost instantly, on demand. 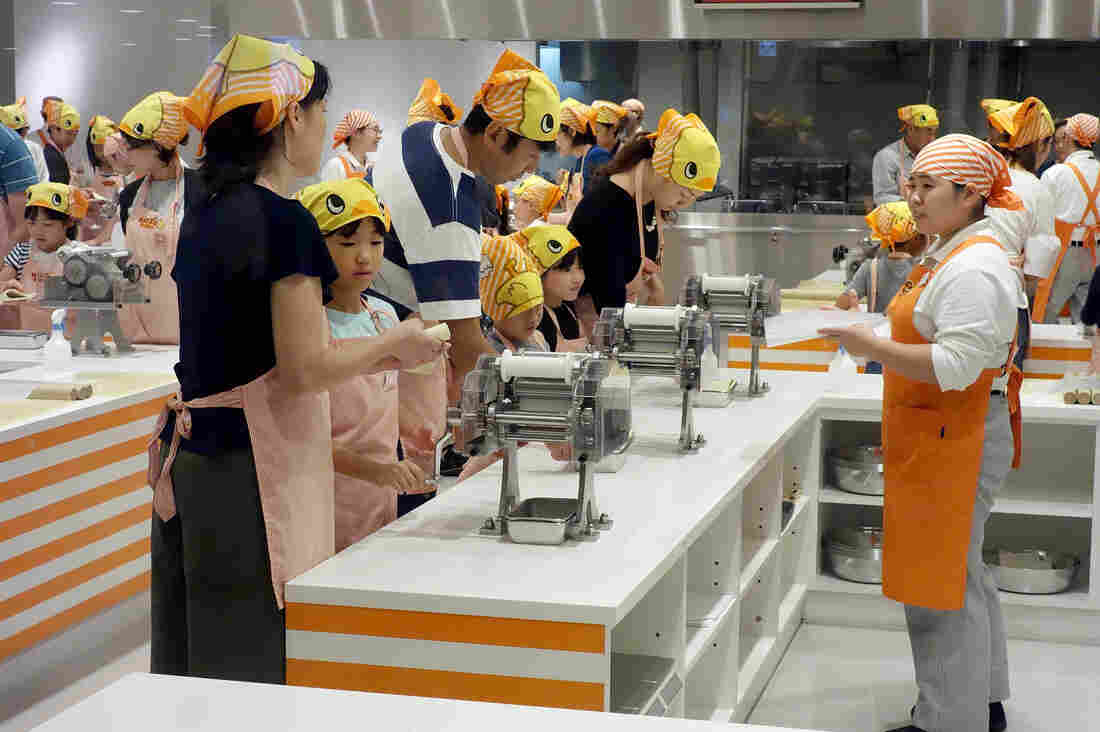 "He tried many many methods of drying the ramen, but he could never find anything that worked perfectly well. And then one day he was watching his wife make tempura [battered deep-fried food] and he realized, this is how it can be done," Ichikawa explains.

Ando's first innovation: To make noodles "instant," they are lightly fried in oil for a few seconds, then dried and packaged. 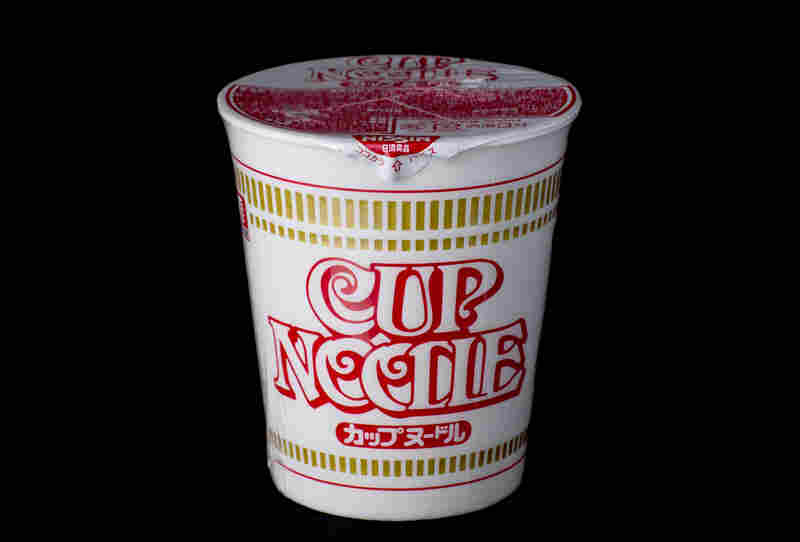 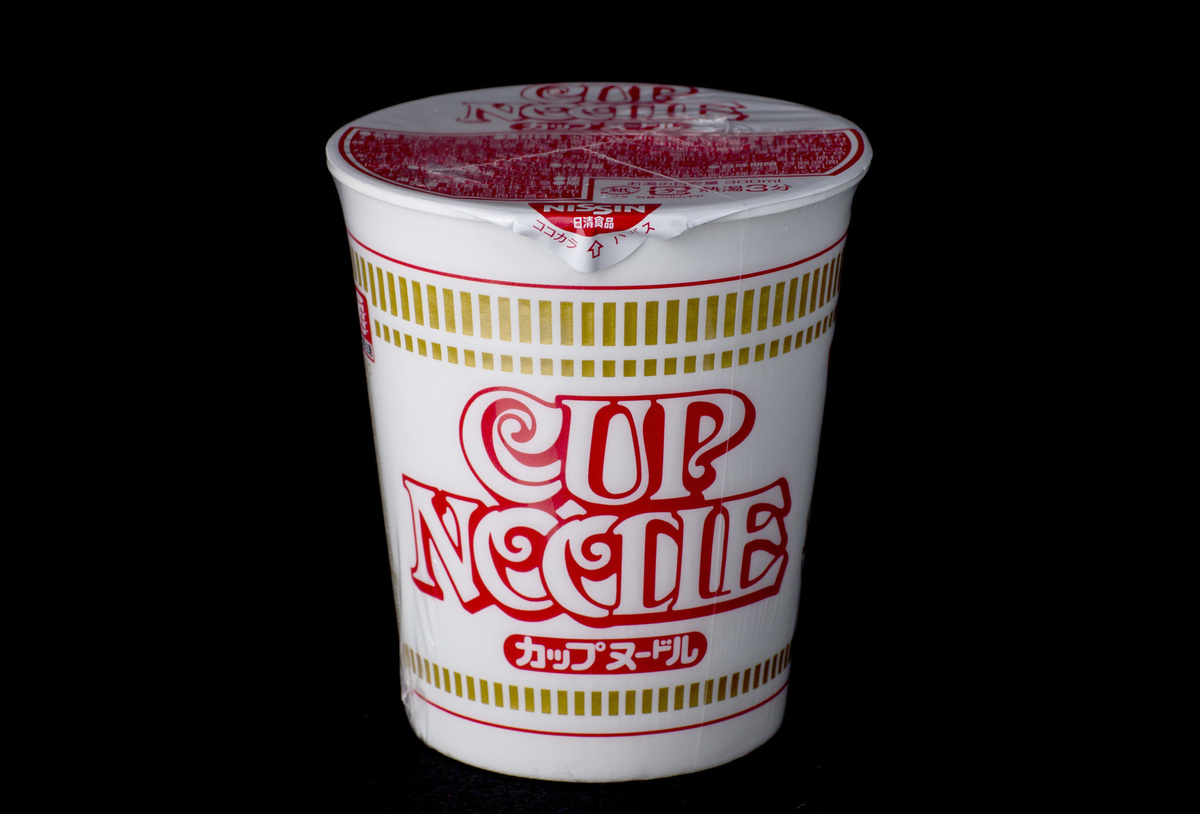 But ramen really took off with another of Ando's simple but brilliant ideas: selling dried instant noodles in a cup, so you wouldn't have to find a vessel to cook or eat them in.

A trip to the United States in the 1960s inspired Ando's cup creation, when he watched people break up his original rectangular blocks of instant ramen to fit into cups for consumption.

Voilà! Cup Noodles was born. And released 45 years ago, in September 1971. 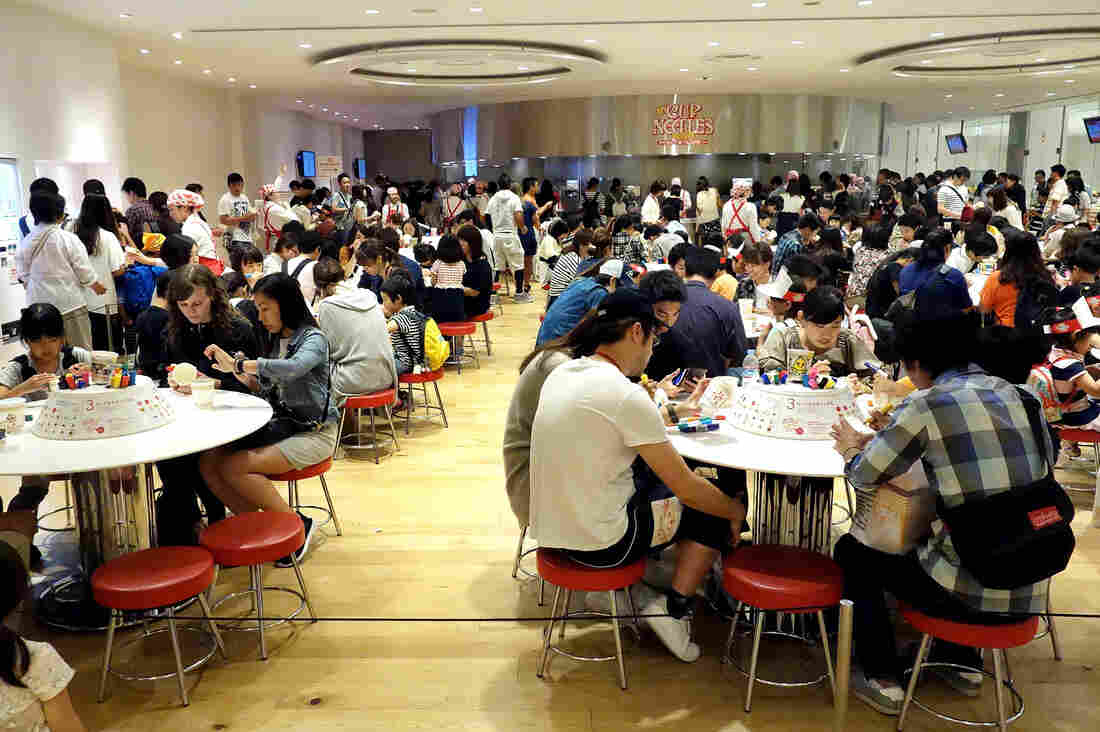 The Cup Noodles Museum has a million visitors a year and is so packed, it's hard to turn around without colliding into a devotee.

"We're university students, so quite devoted," says Canadian tourist Kayla Whitehead, visiting with a college friend. "I don't really get too creative. Just the sauce packet and the water, it's all I do. All about ease of use."

To serve its global customers, Nissin makes culturally specific adaptations, like different flavors for different national palates. Even the length of noodle changes.

An example: In Asia, loudly slurping your noodles is considered a compliment to the chef. Not so much in the U.S.

"Americans don't like to slurp their noodles. So they make the length of the noodles for the American version smaller so they don't have to suck it up," says Ichikawa. 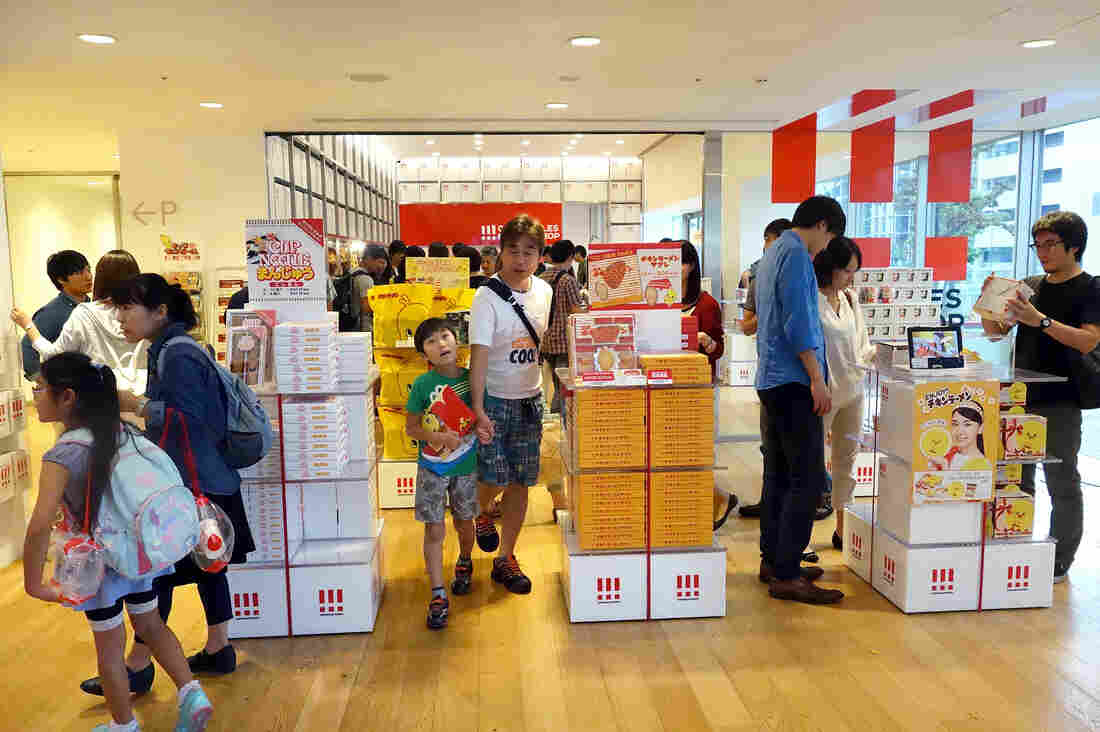 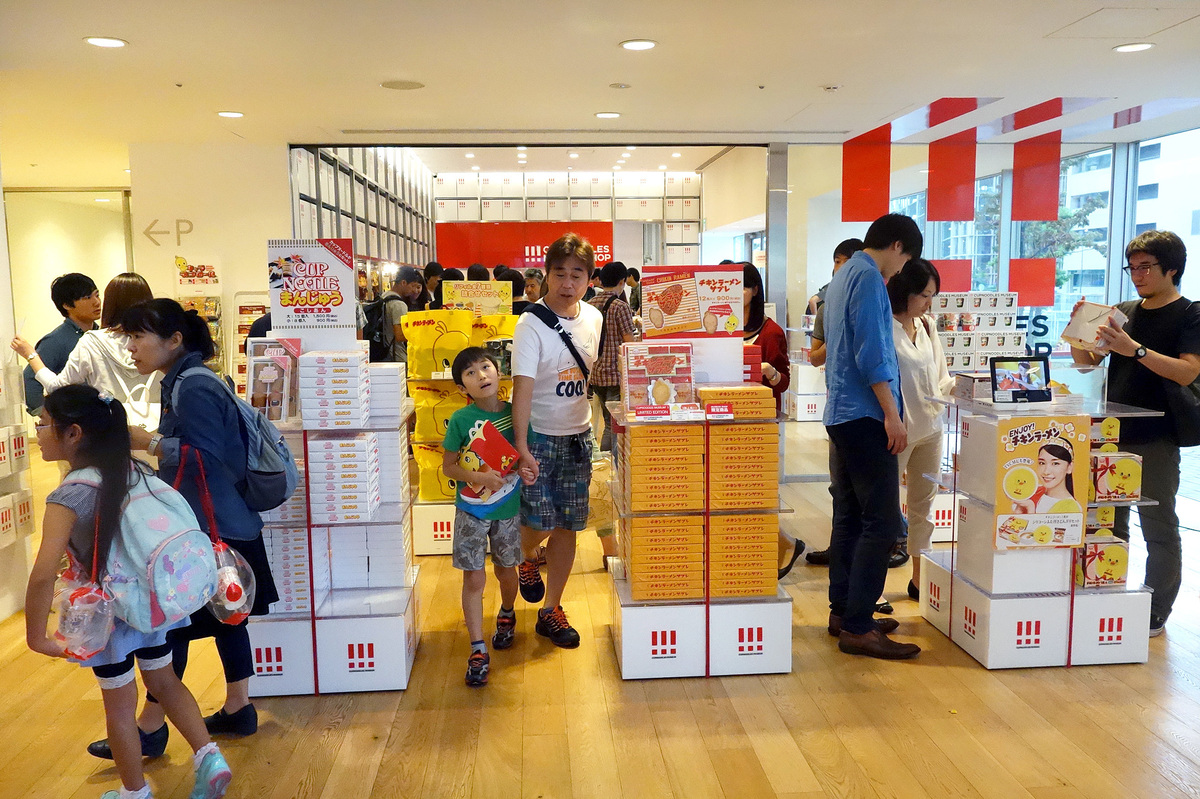 Cup Noodles' popularity is not in question. But sodium-loaded and lightly fried, this stuff isn't exactly the healthiest. Even the Cup Noodles Museum manager recommends more balance in your diet. But he did mention a little trivia.

"The founder of our company, he ate chicken ramen every day of his life," Ichikawa said.

On that Cup Noodles-a-day diet, Momofuku Ando lived to be 96.

Jake Adelstein contributed to this story.