Accessibility links
In Fight Against Food Waste, Brits Find A Worthy Battlefield: The Home : The Salt Reducing food waste is complicated, but the clearest success story may be the United Kingdom, where households cut the amount of food they wasted by about 20 percent.

In Fight Against Food Waste, Brits Find A Worthy Battlefield: The Home

In Fight Against Food Waste, Brits Find A Worthy Battlefield: The Home 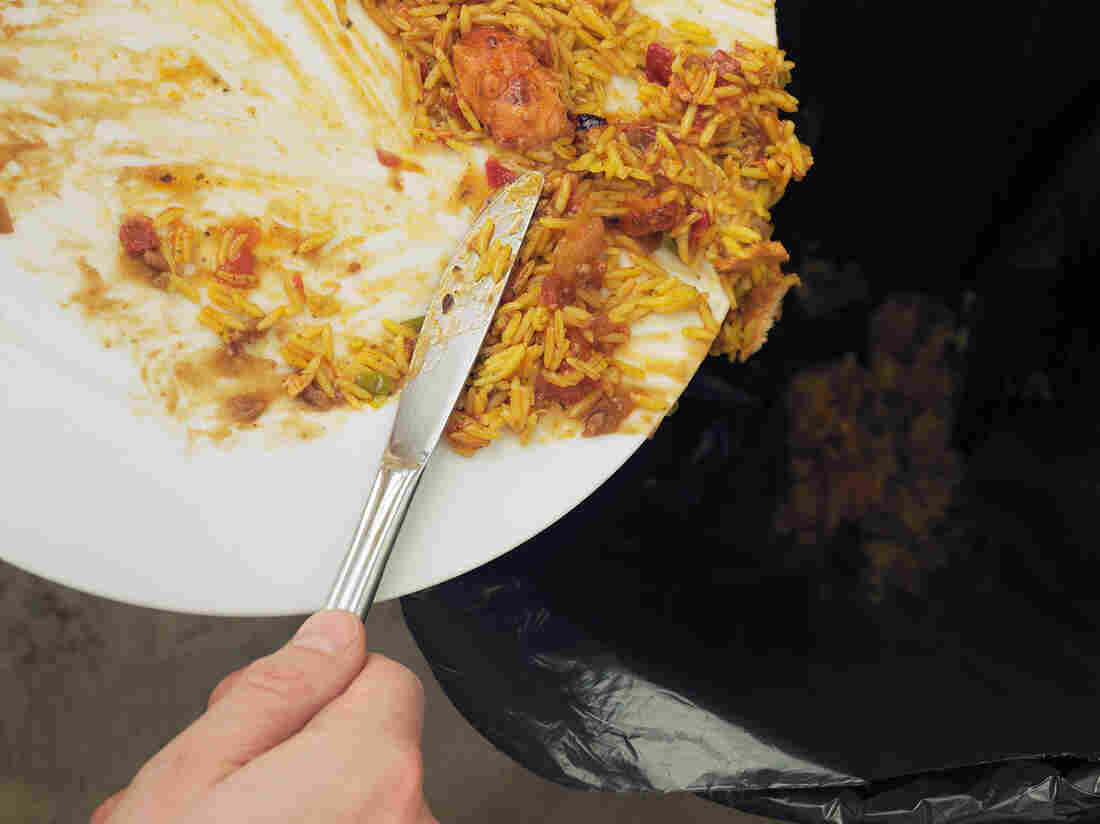 In many developed countries, consumers are the largest source of food waste. While many countries are trying to reduce food waste, the United Kingdom has been most successful in doing so at the consumer end. WRAP hide caption 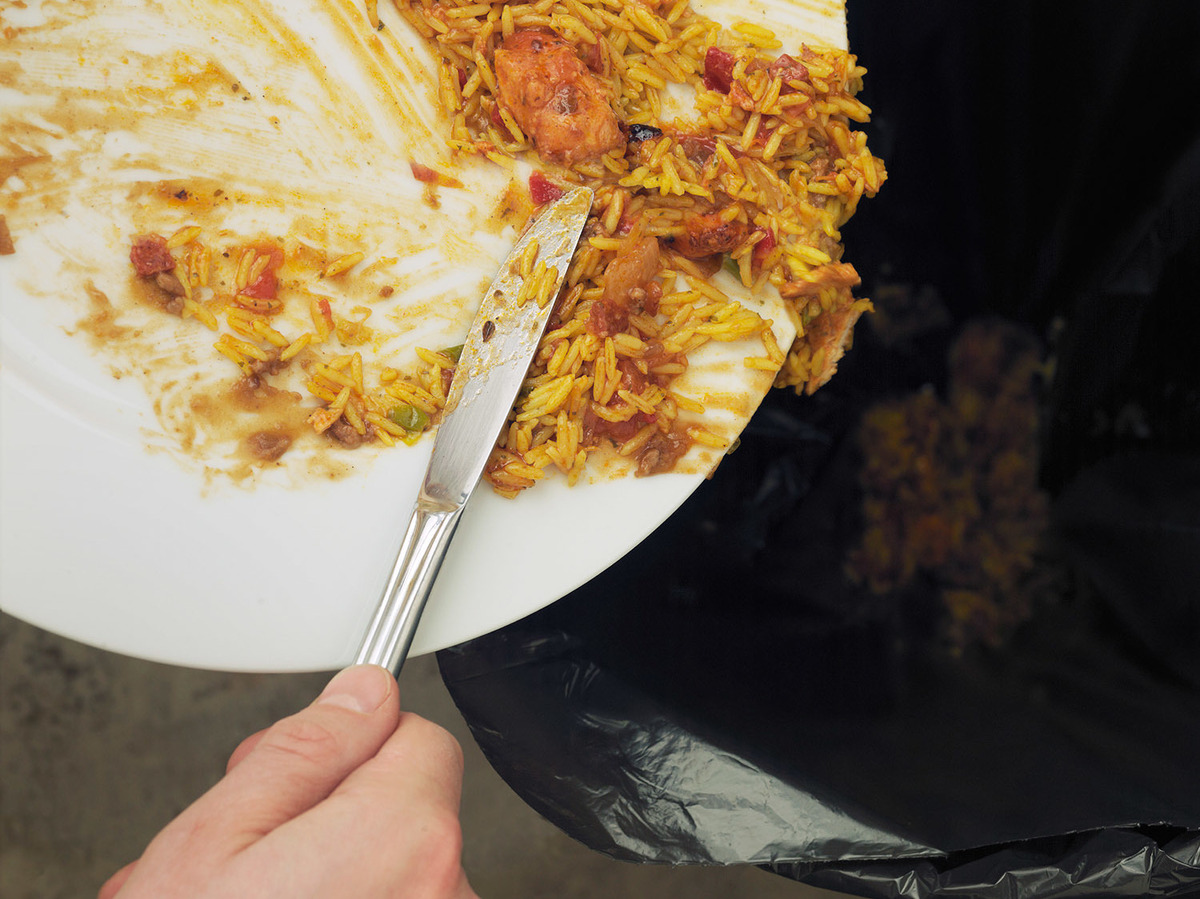 In many developed countries, consumers are the largest source of food waste. While many countries are trying to reduce food waste, the United Kingdom has been most successful in doing so at the consumer end.

About one-third of all the food produced globally is either lost or wasted. Pests and infections destroy fruits and vegetables. Grains often rot in storage or during transport. And then there's food in consumers' kitchens and refrigerators that doesn't get eaten, and eventually discarded.

Such losses amount to more than $900 billion globally, according to the UN's Food and Agriculture Organization.

Reducing this wastage could save money and help meet the world's growing demand for food. And people are finally starting to try and do this — we've reported before on a number of such efforts here in the USA.

But the best-documented success in reducing food waste is taking place in the United Kingdom.

According to Liz Goodwin, formerly CEO of the Waste and Resources Action Programme (WRAP), a non-profit organization in the UK, most food waste in the UK happens at home, and there are two main reasons for it: People don't get around to eating perishable food in time; or they cook too much and throw out the leftovers.

To monitor the campaign's effects, WRAP persuaded 1800 households across the country to record exactly what food they bought, and how much of it ended up in the trash. It also collected data from municipal waste collectors. WRAP carried out these surveys in 2007 and again in 2012.

According to WRAP's data, the campaign was a success. The amount of "avoidable" food waste per household fell by 24 percent between 2007 and 2012.

WRAP defines avoidable waste as discarded food that could have been eaten, such as spoiled lettuce or uneaten leftovers. Things like apple cores, on the other hand, are called "unavoidable" food waste.

The campaign was most successful in getting people to discard less of their cooked leftovers, baked goods, and drinks. The amount of wasted meat stayed constant.

Goodwin, who now directs work on food waste at the World Resources Institute, admits that other factors may also have played a role in this success. The economic recession that hit in 2008, she says, probably forced people to conserve both money and food, and may have been responsible for about half of the reduction in food waste.

Jean Buszby, who has studied food waste for the US Department of Agriculture's Economic Research Service, says that WRAP's detailed accounting of wasted food is path-breaking. "They've been the world leader in doing these sorts of studies," she says. 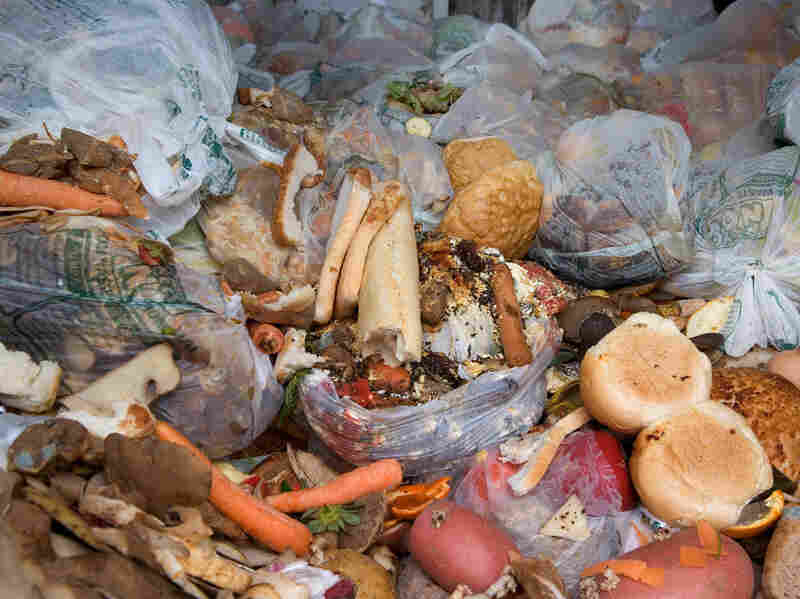 Americans waste an estimate 31 percent of the food they buy, according to the USDA. WRAP hide caption 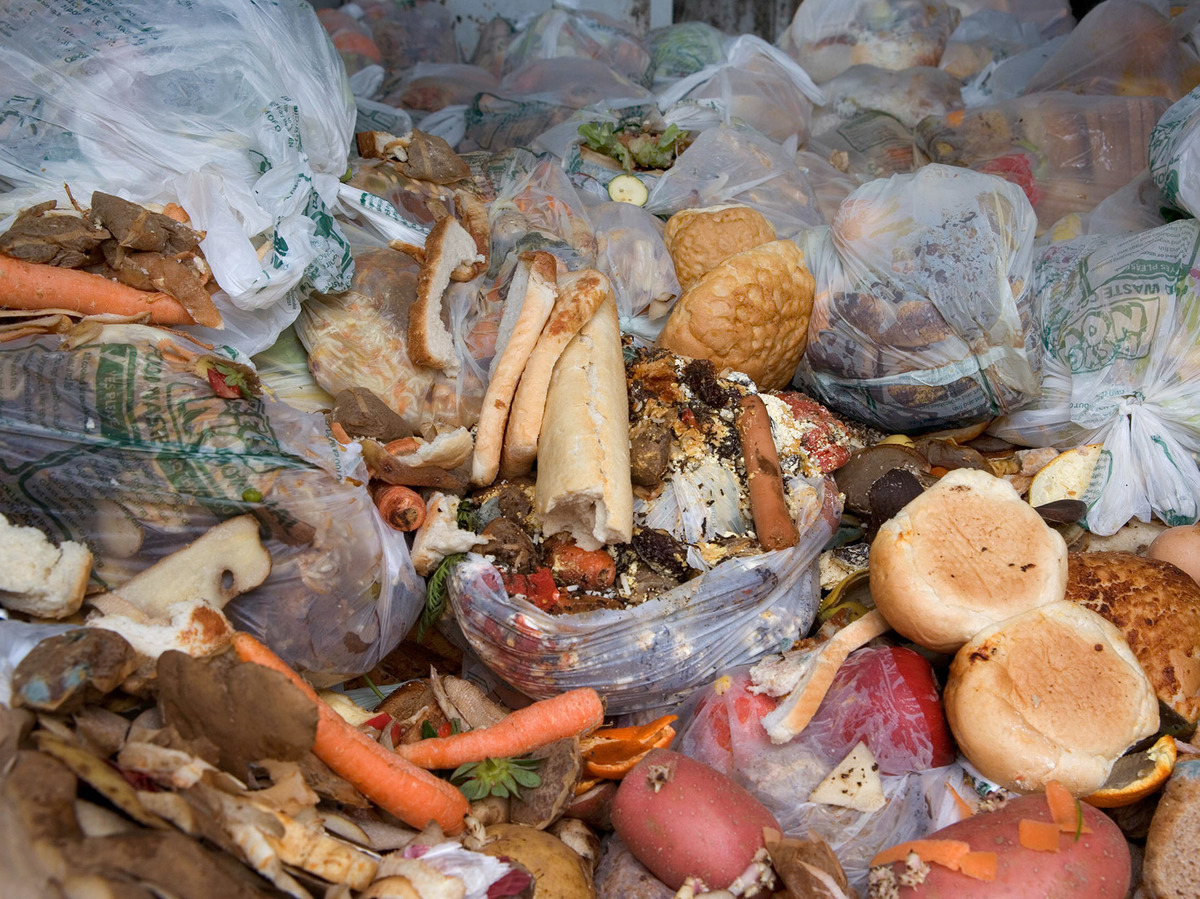 Americans waste an estimate 31 percent of the food they buy, according to the USDA.

The USDA, she says, estimates the amount of waste in the United States by comparing data from two different consumer surveys. One collects information about the food that people buy, and the other measures how much they consume. Subtract consumption from purchases, and you get the amount wasted.

Using that method, Buzby and her colleagues estimate that Americans waste 31 percent of the food they buy. WRAP's surveys show that the average UK household still discards about 19 percent of its food purchases. About 60 percent of that waste was classified as "avoidable."

According to a new survey conducted by the International Food Information Council (IFIC) Foundation, an American non-profit that gets funding from food companies, many consumers are "shockingly unaware" of how much food they waste. About a third of the people in this survey said that they "don't create any food waste."

The UN's Food and Agriculture Organization has compiled figures showing that the amount of food wasted or lost, as well as the cause of it, varies widely around the world. Depending on the region, it ranges from 15 percent (Latin America) to 42 percent (North America, Australia, and New Zealand) of all the food that's grown. These totals include waste on farms and at food processors and retailers.

In Sub-Saharan Africa, food is mainly lost before it ever gets to consumers, rather than wasted. There's a shortage of equipment to store food and protect it from insect pests. In wealthy countries of North America and Europe, on the other hand, consumers are the largest single source of food waste.

The UN's Sustainable Development Goals call for cutting the loss and waste of food in half by 2030.