Accessibility links
Forget Tomayto/Tomahto: The Real Debate Is, Should It Be Refrigerated? : The Salt In the great household debate about refrigerating tomatoes, there's some new scientific evidence on the no-fridge side. But some taste testers are not convinced. 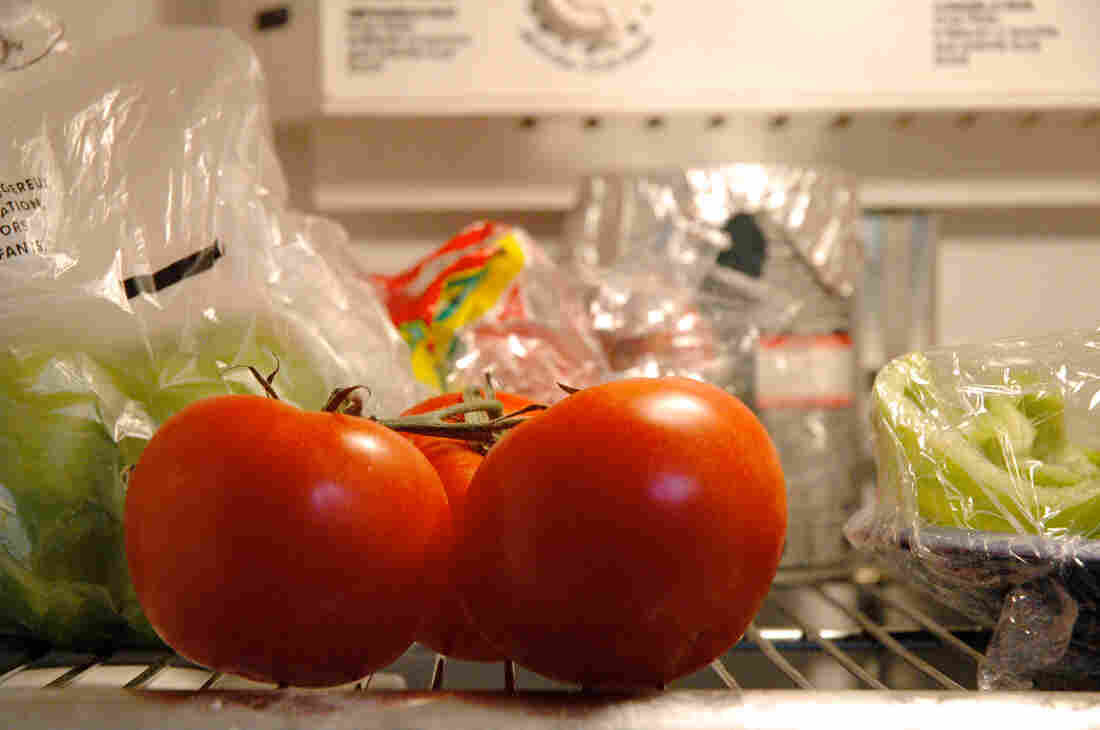 Refrigerating tomatoes may be making them less flavorful, according to a new study. Ryan Tir/Flickr hide caption 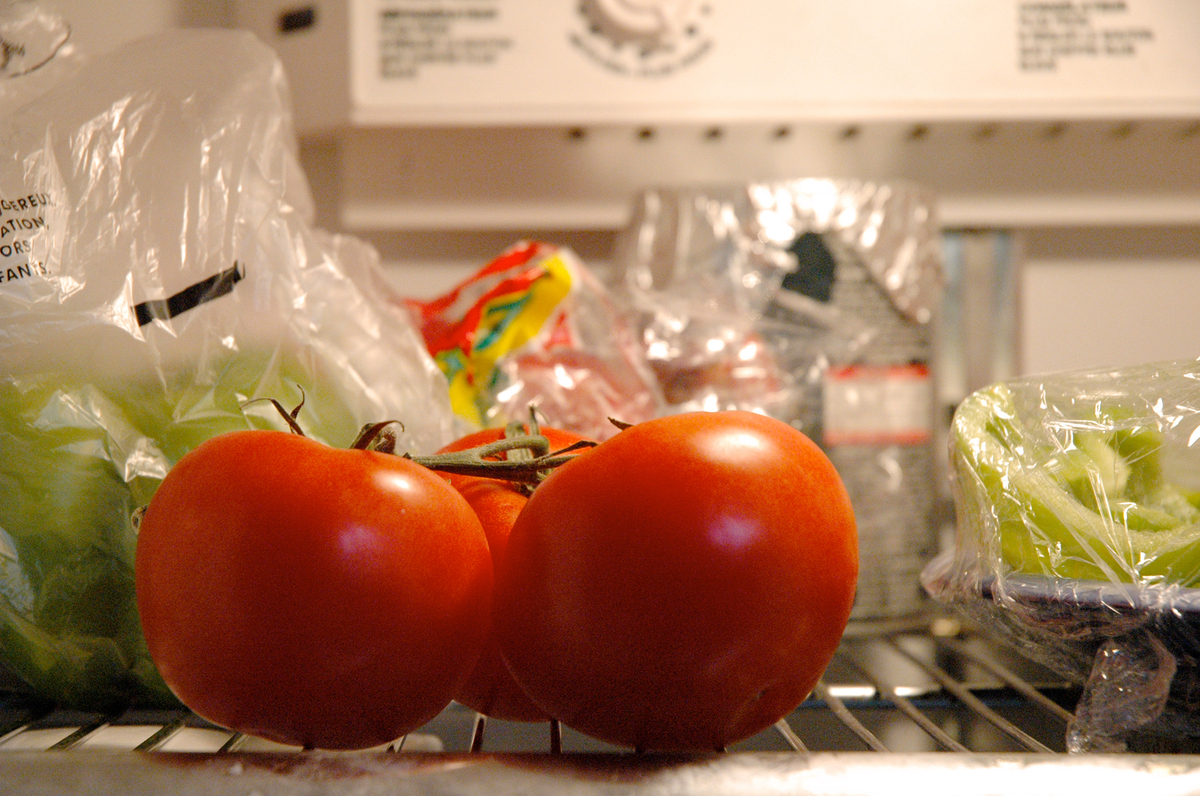 Refrigerating tomatoes may be making them less flavorful, according to a new study.

Last summer, I went on Morning Edition to talk about the quest for a great-tasting tomato. And at the very end of the conversation, I confidently declared that no one should ever put tomatoes in the refrigerator. It kills the taste, I said. That's what I'd heard from scientists and tomato growers alike.

Afterwards, I heard from several friends. It seems I'd taken sides in a domestic dispute that has long divided husbands and wives. Someone on Twitter also pointed out a blog post that seemed to contradict my statement. I'll say more about that later.

First, some new science: There's a laboratory at the University of University of Florida, in Gainesville, that has been at the forefront of research on tomato taste. Scientists there have been studying the chemical makeup of great-tasting tomatoes, as well as the not-so-great tasting ones at supermarkets.

"There's a lot of things wrong with tomatoes right now," says Denise Tieman, a Research Associate Professor there. "We're trying to fix them, or at least figure out what's going wrong."

These researchers studied this refrigeration question. They looked at what happened when a tomato goes into your kitchen fridge, or into the tomato industry's refrigerated trucks and storage rooms.

Some components of a tomato's flavor were unaffected, such as sugars and acids. But they found that after seven days of refrigeration, tomatoes had lower levels of certain chemicals that Tieman says are really important. These so-called aroma compounds easily vaporize. "That's what gives the tomato its distinctive aroma and flavor," she says.

The researchers also gave chilled and unchilled tomatoes to dozens of people to evaluate, in blind taste tests, "and they could definitely tell the difference," says Tieman. The tomatoes that weren't chilled got better ratings.

The scientists also figured out how chilling reduced flavor; cold temperatures actually turned off specific genes, and that, in turn cut down production of these flavor compounds.

Tieman speculates that someday scientists will figure out how to keep those genes turned on, even when chilled, so the tomato industry can have it both ways: They can refrigerate tomatoes to extend shelf life, without losing flavor.

Thankfully, chilling didn't seem to affect nutrition – the chilled tomatoes were just as nutritious as the non-refrigerated ones.

The new findings appear in this week's issue of the Proceedings of the National Academy of Sciences.

As significant as the results are, they probably won't end the great tomato refrigeration debate.

"It's not so clear cut," says Daniel Gritzer, culinary director at SeriousEats.com, a food website. Two years ago, he did a series of blind taste tests with many different tomatoes, in New York and in California.

"Sometimes I found that the refrigerator is, in fact, your best bet," says Gritzer.

That's especially true for a tomato that's already ripe and at peak flavor, he says. If you let that tomato sit on your counter, it'll end up tasting worse.

Gritzer wrote a long blog post, detailing his results, and got a flood of reaction. "Some people wrote to say, 'Hey, this is what I've always found, I'm so glad you wrote this,'" Gritzer says. "And then, a lot of people pushed back saying, 'You're insane, you don't know what you're talking about.'"

It's a "thorny one," Gritzer says. People just feel very strongly about their tomatoes.