Accessibility links
Rocky Mountain Oysters Are What?! We Try A Dish Of Cowboy Lore : The Salt They're known by many names: lamb fries, bull fries, huevos de toro. There's a rich tapestry of Western lore built around this food, which is, well, fried testicles. Our reporter bites into this tale.

Rocky Mountain Oysters Are What?! We Try A Dish Of Cowboy Lore

Rocky Mountain Oysters Are What?! We Try A Dish Of Cowboy Lore 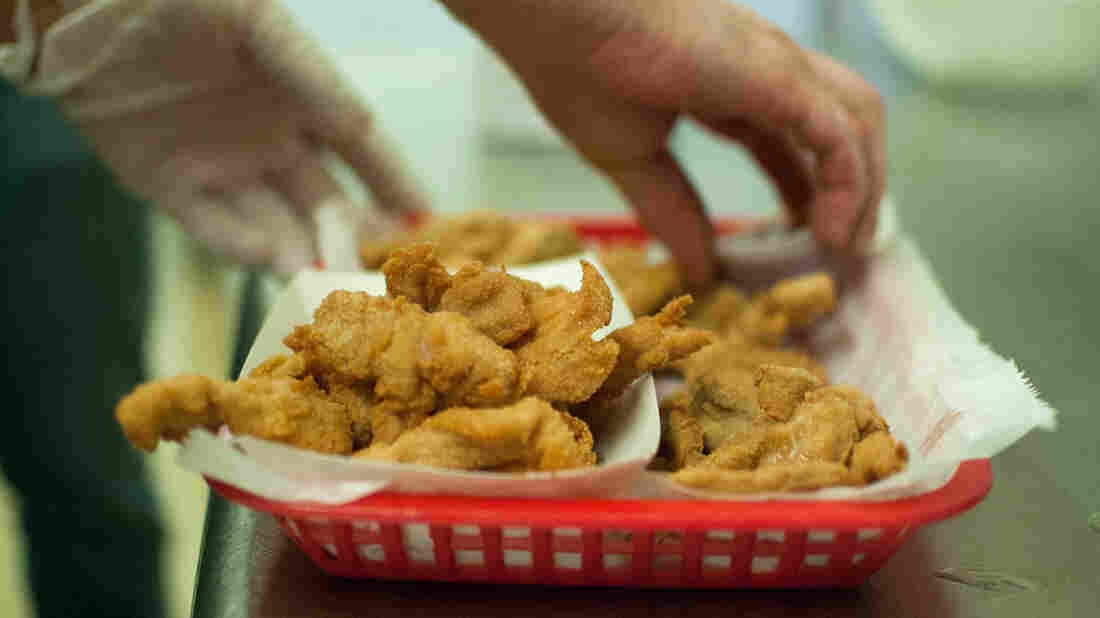 A guy who covers agriculture in the West who's never put a skinned, sliced, battered, deep-fried bull testicle into a cup of cocktail sauce and then into his mouth?

I couldn't let it stand.

They're known by many names: lamb fries, bull fries, Montana tenders, huevos de toro, cowboy caviar. In my corner of Colorado, they're Rocky Mountain oysters, and I somehow coaxed myself into thinking I needed to try them to be more a part of the place I live, to be a true-blue Coloradoan.

I moved to Colorado from Illinois in 2011, and like many Midwesterners who make the journey out West, I was ready to broaden my views, experiences, relationship with nature, and my cuisine. Over the years, I'd tried the standard array of more traditional Rocky Mountain foods: elk, rainbow trout, lamb. But still, I felt like I was missing out on something. I needed some Colorado cred, and the Rocky Mountain oyster was my last hill to climb.

There's a rich tapestry of Western lore built around Rocky Mountain oysters, thanks to the food's cowboy provenance. There are old tales of ranch hands holding big parties to fry up the testicles. Some ranches still hold so-called "nut frys." In some corners, they're an aphrodisiac. 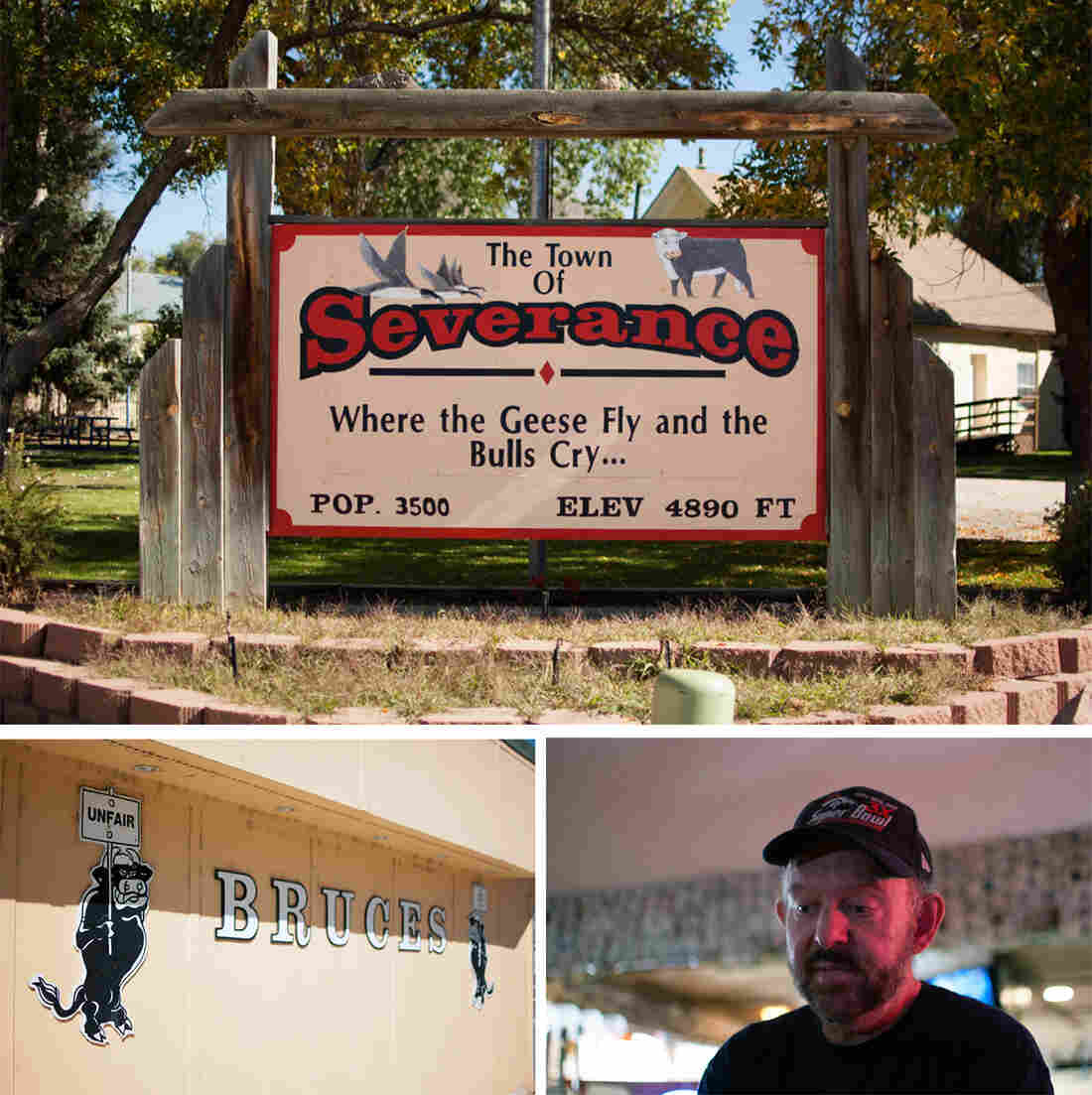 Bruce's Bar is the place to try Rocky Mountain Oysters — a place that's been built on the novelty of eating testicles since 1957. An institution in the small town of Severance, Colo., Bruce's has enough sway in town to merit inclusion on its welcome sign, which reads: "The Town Of Severance: Where The Geese Fly And The Bulls Cry." The bar's exterior is plastered in cartoon bulls, some with their legs crossed. Another is popping a wheelie on a motorcycle, holding a sign that says: "Still Got Mine."

Few other places revere the Rocky Mountain oyster like Severance, save for towns like Deerfield, Mich.; Olean, Mo.; Tiro, Ohio; Huntley, Ill.; or Clinton, Mont., which throw annual testicle festivals. Each year, Bruce's acts as a starting point for a "Nut Run," a motorcycle rally with the tagline: "No Bull, Just Balls," where visitors wolf down upwards of 1,000 pounds of Rocky Mountain oysters in one afternoon. And of course there's the name of the town: Severance. It literally means "the state of being separated or cut off."

Now, I'm not delusional. I know I'm not the first person to marvel at and romanticize cowboy culture. A city dweller who wants to partake in some sort of authentic, rural, agrarian experience. See the entirety of Chevy Chase's 1988 movie Funny Farm, including this very apt scene:

Nor do I think that eating deep-fried testicles gives me some magical ability to relate more to the farmers and ranchers I talk with on a daily basis. But I do think it's important to be open to new foods, especially ones with deep roots in a culture. What's gross to one person is a delicacy to another and an everyday, traditional dish to someone else. Our food carries meaning, which I'm always curious to explore.

That's why I decided to consult an expert, someone to bring me back to reality and explain that yes, these are just testicles, and any meaning you load them with is purely your own. I found that perspective in Bruce's no-nonsense kitchen manager Dennis Guffy. He's been at Bruce's for more than 40 years. Guffy has prepared tons — actual tons — of "oysters" in his career.

"I've worked with these things for 40 years and I still like them," Guffy says while skinning a bull testicle the size of a large avocado. "For as many as I've handled and cooked, I still like them. I think they're awesome."

I peppered Guffy with questions while he turned the whole huevo into the battered, fried oysters customers expect. 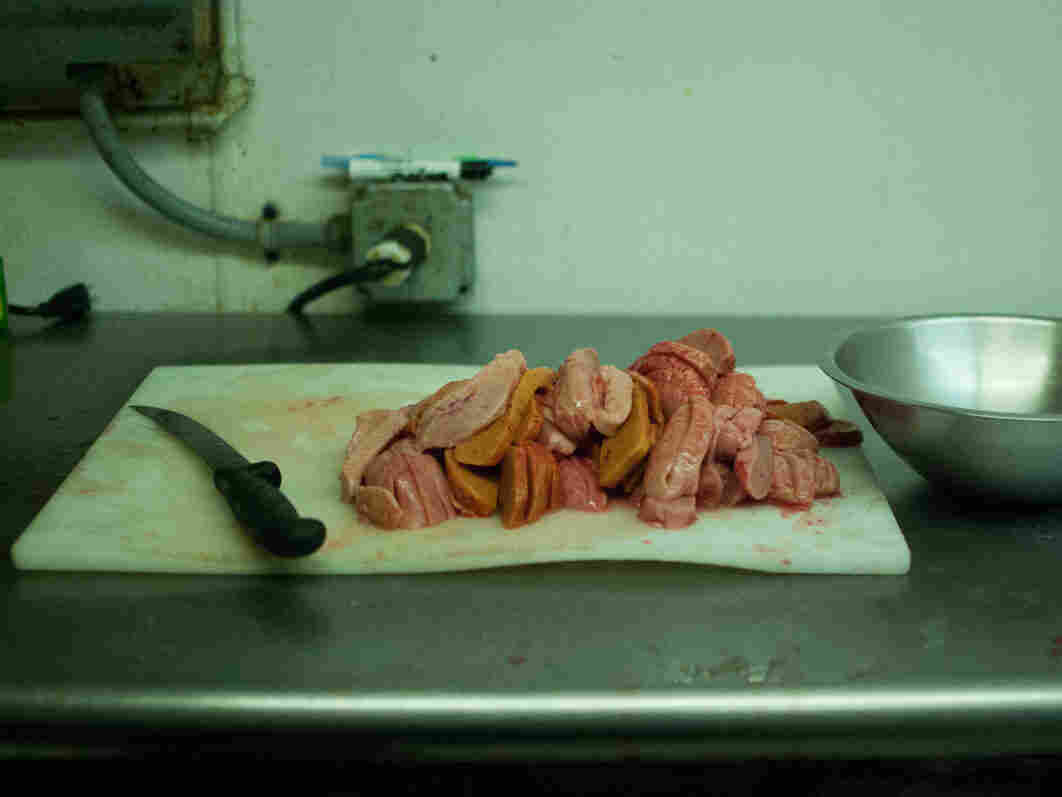 Do customers ever use the oyster to play pranks on people not aware of the kind of oysters one finds in the Rocky Mountains?

Do people ever get sick after finding out?

"Actually, I can only think of one guy that did. Once. And he didn't get like violently ill. It was like a gag reflex or something."

Heard any weird rumors about the oysters?

"I've heard a lot of people say they're an aphrodisiac. I've heard that for years."

Got a pep talk for a first-timer?

"I think you'll like it. They're actually really good. Just don't think of what you're eating when you eat it, OK?"

Easier said than done, Guffy. He says a lot of people have a hard time taking the first bite.

"I don't know. I really don't know," Guffy says. "I think some people are just funny about the food they eat."

After slicing, dicing, breading and deep-frying, Guffy brings out the basket with a side of cocktail sauce. It's a sampler: bison, lamb and beef oysters.

I go with the more exotic bison oyster as my first taste. 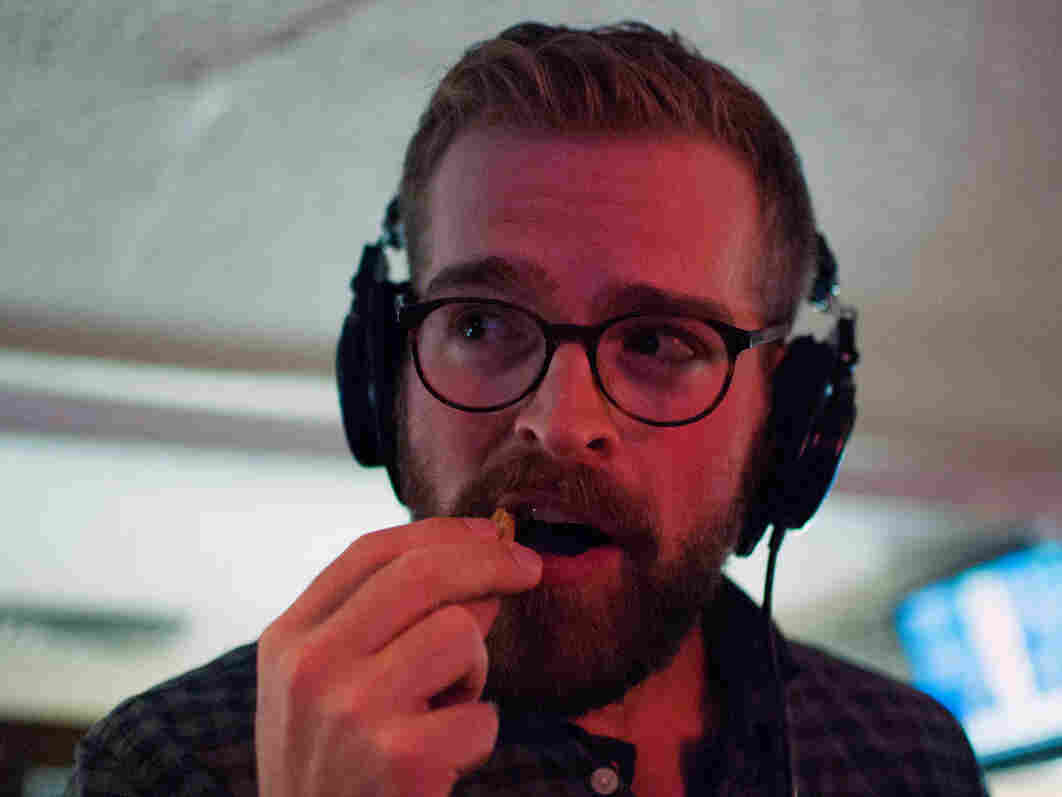 There's no good way to say this: They were surprisingly juicy. And I know this is cliche, but the bison tasted like chicken. The lamb was similar in taste and texture. But the beef were in a league all their own, chewy and meaty and full of a unique flavor somewhere between liver and gizzard.

After trying one of each, my stomach settles a bit. Assimilating to a new place isn't an overnight transition. It takes months, years to fully embrace customs and traditions that the people who live in a place take for granted, or roll their eyes at.

After a day at Bruce's, I feel like I'm more of a Coloradan than I was before.

I ask Guffy if he has any parting words.

"Other than just, come to Bruce's and have a ball. What else can I say?"