Accessibility links
After A Long Day Of Fighting Climate Change, This Grain Is Ready For A Beer : The Salt Kernza is a kind of grassy wheat that traps more carbon in the soil than crops like wheat and rice. Now, a West Coast brewery is using the grain in its new beer called Long Root Ale. 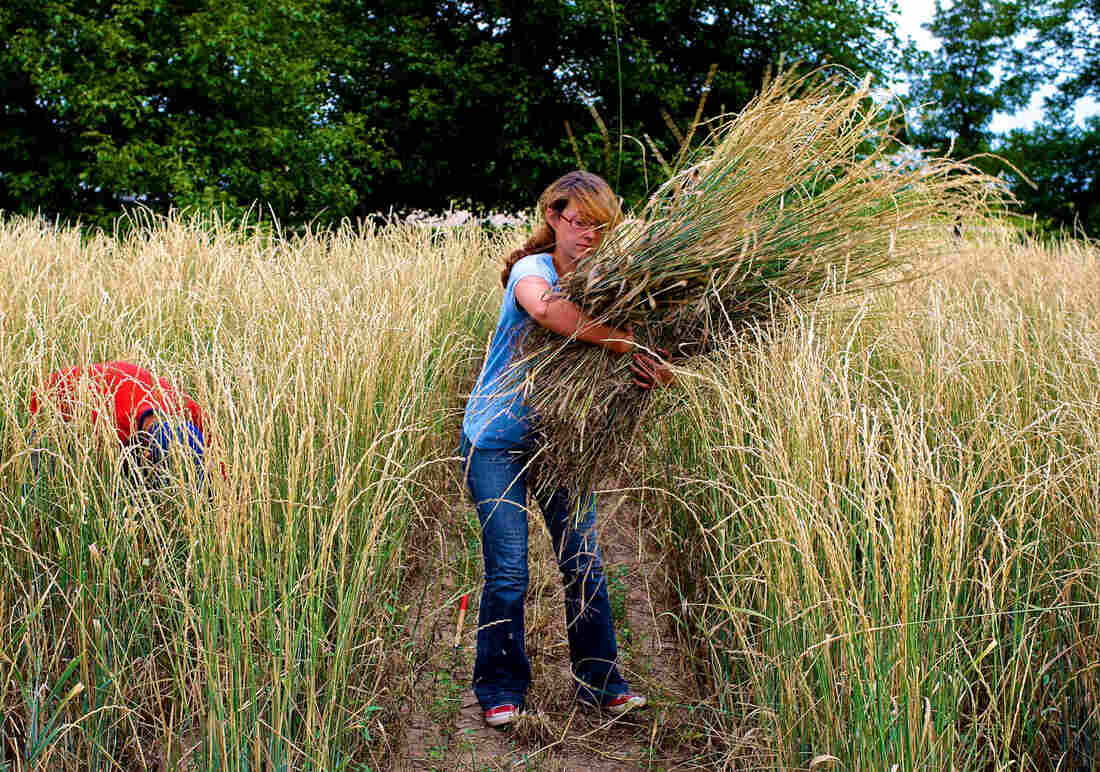 Laura Kemp, a technician at The Land Institute, hand harvests an experimental crop of Kernza in Kansas. Scientists think that this perennial crop could help fight climate change by trapping more carbon in the soil. Courtesy of The Land Institute hide caption 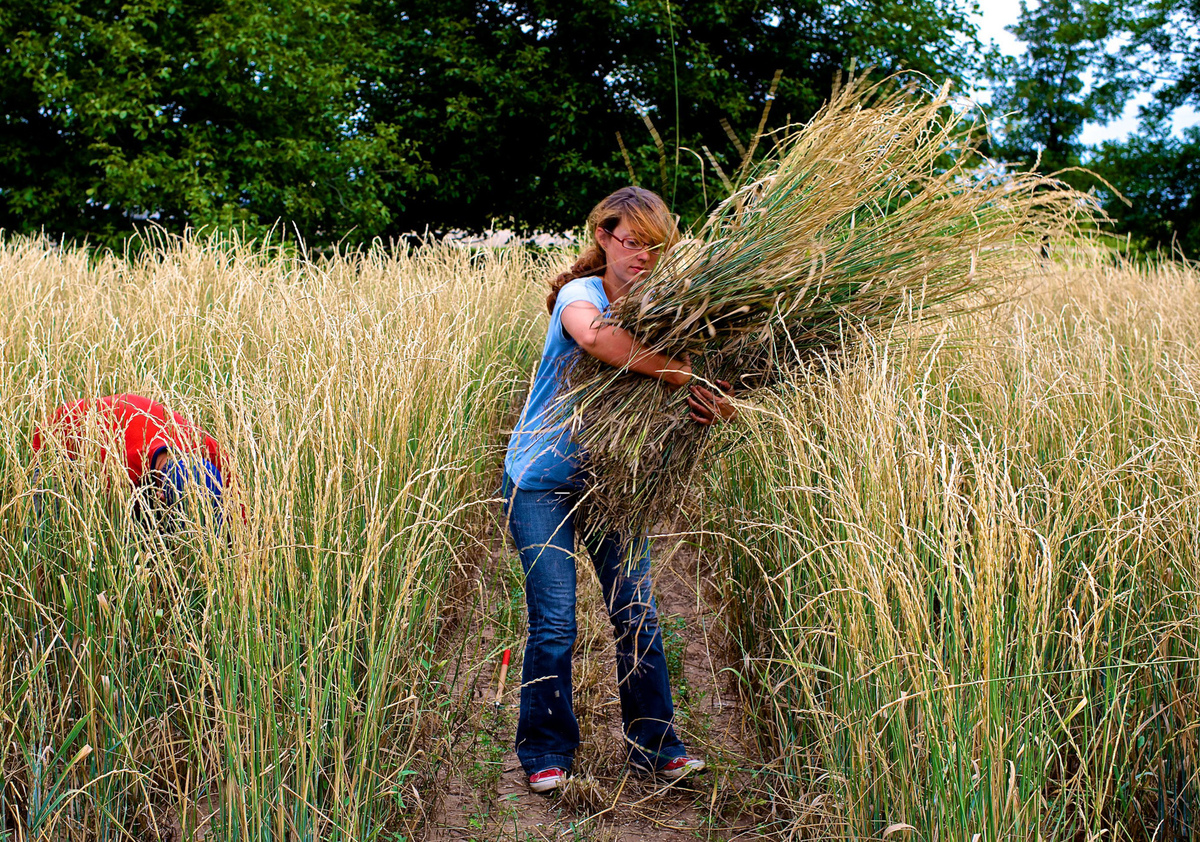 Laura Kemp, a technician at The Land Institute, hand harvests an experimental crop of Kernza in Kansas. Scientists think that this perennial crop could help fight climate change by trapping more carbon in the soil.

Courtesy of The Land Institute

If you want to feel virtuous the next time you chug a brewski, consider the Long Root Ale. This new beer, mildly fragrant and with a rye-like spiciness, is the first to use Kernza, a kind of wheat that could make agriculture more sustainable, especially in the face of climate change.

What makes Kernza environmentally friendly is its biology. It's a perennial plant, meaning it grows year-round, season after season. So, farmers who produce it don't need to plow up their land and replant the crop every year, as they do with annuals like corn, wheat, barley and most other staple crops. Plowing causes soil erosion and also lets carbon in the ground escape into the atmosphere — a major source of global warming. Kernza's long roots, which may plunge 10 to 20 feet underground, holds the soil together and at the same time allows the plant to find its own water rather than depend entirely on irrigation.

These valuable attributes are why the grain has been the subject of intense study and breeding at The Land Institute, a non-profit, agricultural research organization based in Kansas. 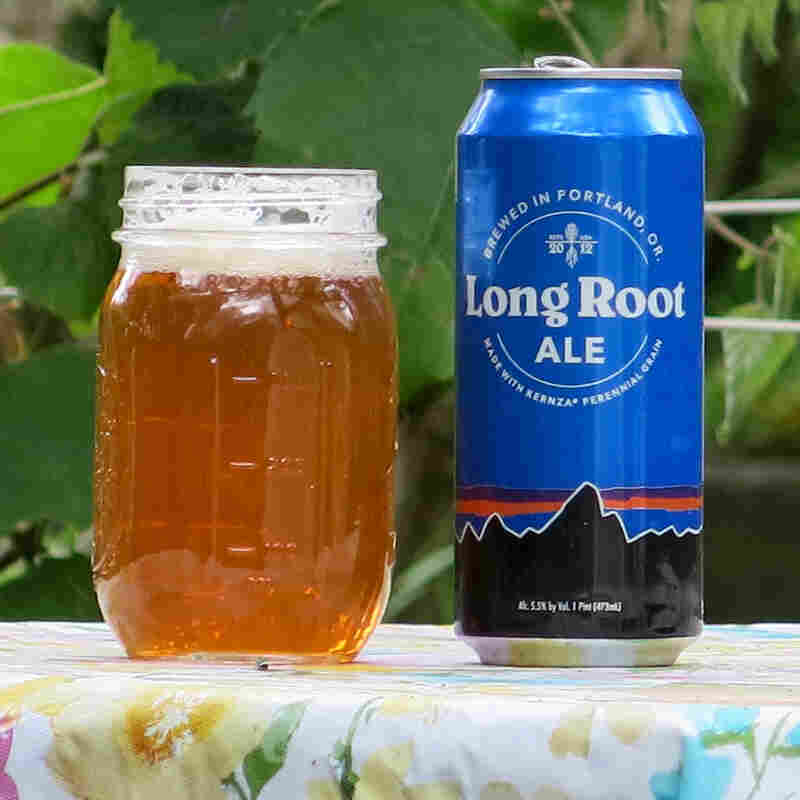 Long Root Ale is a new beer made by Hopworks Urban Brewery, in Portland, Oregon, and Patagonia Provisions, a subsidiary of the Patagonia outdoors brand. It is the fist commercially available product to use Kernza. Alastair Bland for NPR hide caption

Kernza is the trademark name for a kind of wheat believed to have originated in central Asia, in the region between what are now Turkey, Pakistan and Russia. The plant is short and grassy, and produces an edible nutritious kernel, much like wheat or barley.

Lee DeHaan, a plant geneticist with The Land Institute who has studied Kernza since 2003, says the crop has been grown for decades in the United States as a feed supply for livestock.

However, there is little evidence, if any, that the plant was ever eaten by people. That isn't because the grain isn't edible, says DeHaan. Rather, it's simply because perennials haven't been cultivated for food as much as annuals like rice, wheat and lentils. He explains that "the process of harvesting and replanting an annual crop" makes it easier to select for and breed newer, preferred varieties. Early farmers saw these improvements appear rapidly in the annual crops they were working with — and perennial grains, like the ancestral Kernza, were largely left behind by the agricultural revolution.

Now, scientists aware of the ecological benefits of perennials are trying to bring Kernza up to speed with mainstream agriculture. DeHaan and others at The Land Institute, which registered the grain's new name in 2011, have been selectively breeding the plant for more than a decade to boost yields and seed size and to increase its resistance to diseases. While there is still room to improve — Kernza could use a larger kernel, for example — some people in the food and beverage industry are already interested in using the grain.

Long Root Ale is one of the first products to introduce the grain into the American diet.

The idea behind the new beer — which is a collaboration between Patagonia Provisions, The Land Institute, Hopworks Urban Brewery and the University of Minnesota — is to promote Kernza as a food of the future. The beer is available at Whole Foods stores on the West Coast.

"Beer is a far-reaching product, and the idea here is to just highlight a better path forward," says Birgit Cameron, senior director of Patagonia Provisions, a subsidiary of the Patagonia outdoors brand. Patagonia Provisions approached Hopworks with the idea of making a Kernza beer in 2015. "We recognized the incredible attributes this crop could bring to agriculture. It's delicious, it's nutritious and it acts as a sponge to carbon."

While all plants soak up carbon from the air, most conventional farming systems result in net carbon emissions. That's because of all the carbon released from plowing every season. Tilling also causes soil to deteriorate and wash away, leaving cropland less productive over the years while contaminating rivers and causing pollution and harmful algae blooms in the ocean.

For now though, Kernza is an experimental crop, at best. DeHaan says only about 250 acres are growing in the United States, mostly on small private farms. By comparison, U.S. farmers harvested 47 million acres of wheat and 3.1 million acres of barley in 2015. 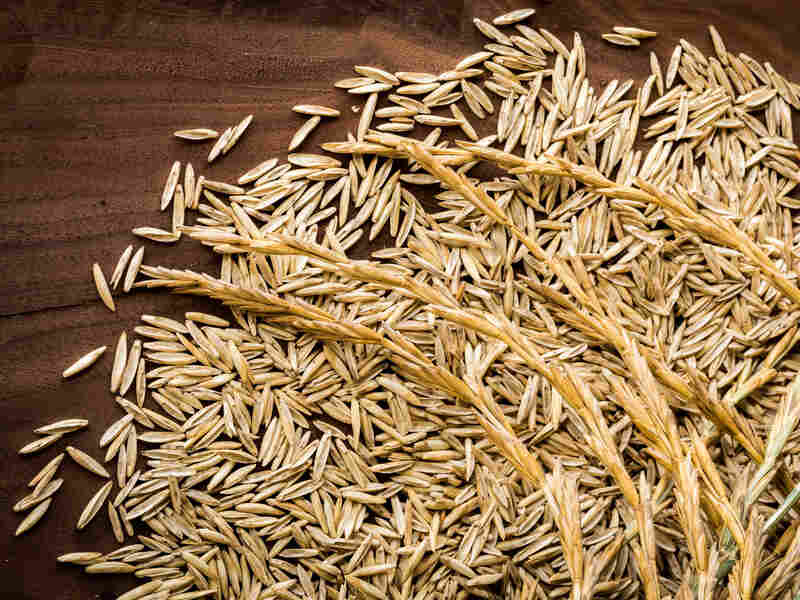 Kernza grain is too small to be milled on equipment designed for wheat. Large-scale use of the grain in the future will probably require equipment better suited to its size. Scott Seirer/Courtesy The Land Institute hide caption 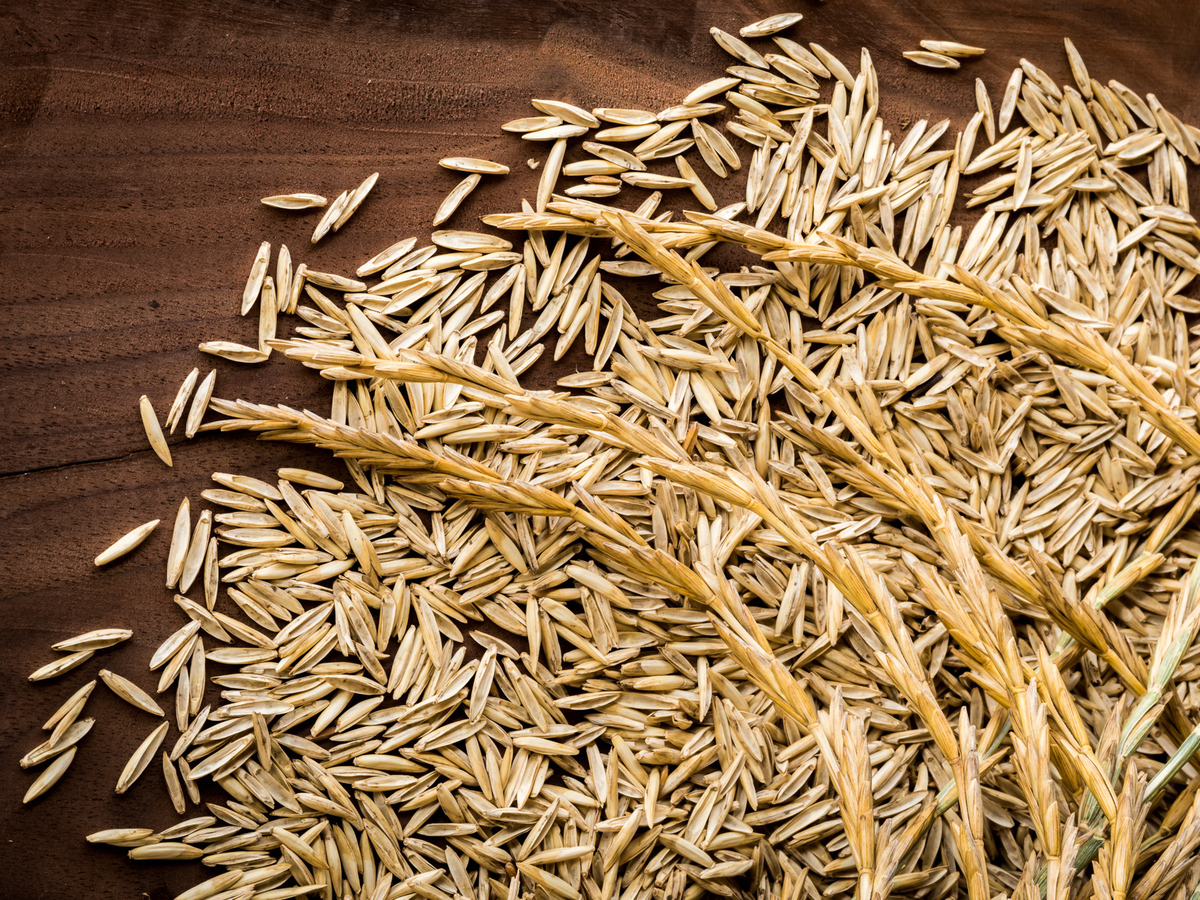 Kernza grain is too small to be milled on equipment designed for wheat. Large-scale use of the grain in the future will probably require equipment better suited to its size.

"But if we can get a large buyer that's able to absorb large quantities, that will allow more farmers to enter into production," he says.

But there are challenges to scaling up. For one, Kernza doesn't yield huge crops. Another problem is that its kernels are too small to be milled on equipment designed for wheat. The small kernel size also means that brewers cannot use conventional equipment to malt the grain — the first step in converting its starches into sugar, an essential part of making beer.

DeHaan says it may take decades more of research and breeding trials to create a Kernza variety profitable for farmers to grow and process instead of other mainstream annual grains.

But, some bakers, chefs and distillers are already demanding a cut of the Kernza crop.

"We have people lined up saying, 'If you grow it, we'll buy it,'" DeHaan says.

Dumpling and Strand, a noodle making house in Minneapolis, recently made Kernza fettuccine. The Perennial, a restaurant in San Francisco, has made bread with house-milled Kernza. Ventura Spirits Company has made a whiskey with the grain, according to Henry Tarmy, cofounder of the southern California distillery.

Brooklyn baker Zachary Golper, owner of the bakery Bien Cuit, has made a 75-percent Kernza flour bread. He says Kernza tastes great — of sweet corn and barley — mainly because of the grain's relatively high ratio of bran to starchy endosperm. Other grains are mainly starch, which equals greater flour yields but thinner flavor.

"If you're a baker, a brewer or a distiller, this is a great thing," he says. "But if you're a farmer, it means smaller yields."

He thinks it's a bit too soon for mainstream Kernza production.

"I worry that if we generate too much hype too early, the seeds that we proliferate to meet the demand will not be the seeds we're looking for," Golper says.

But Christian Ettinger, the brewer at Hopworks Urban Brewery who made the Long Root Ale, is looking far ahead. For his beer, he replaced 15 percent of the usual barley additions in the beer's recipe with Kernza, and he has tentative plans to make a 50-50 Kernza-barley beer in 2017.

"It will be a huge victory to replace some of the annual grains in the beer industry with perennials," Ettinger says.

He says he's excited to be taking part in a possible agricultural revolution that could slow or help stop climate change — but he knows the shift will take time.

"Kernza is not a household word yet," Ettinger says. "But it will be."