Accessibility links
Technology May Rescue Male Baby Chicks From The Grinder : The Salt The egg industry may soon eliminate a wasteful — and to some, horrifying — practice: slaughtering male chicks. New technology can identify male embryos in eggs before they enter incubation chambers. 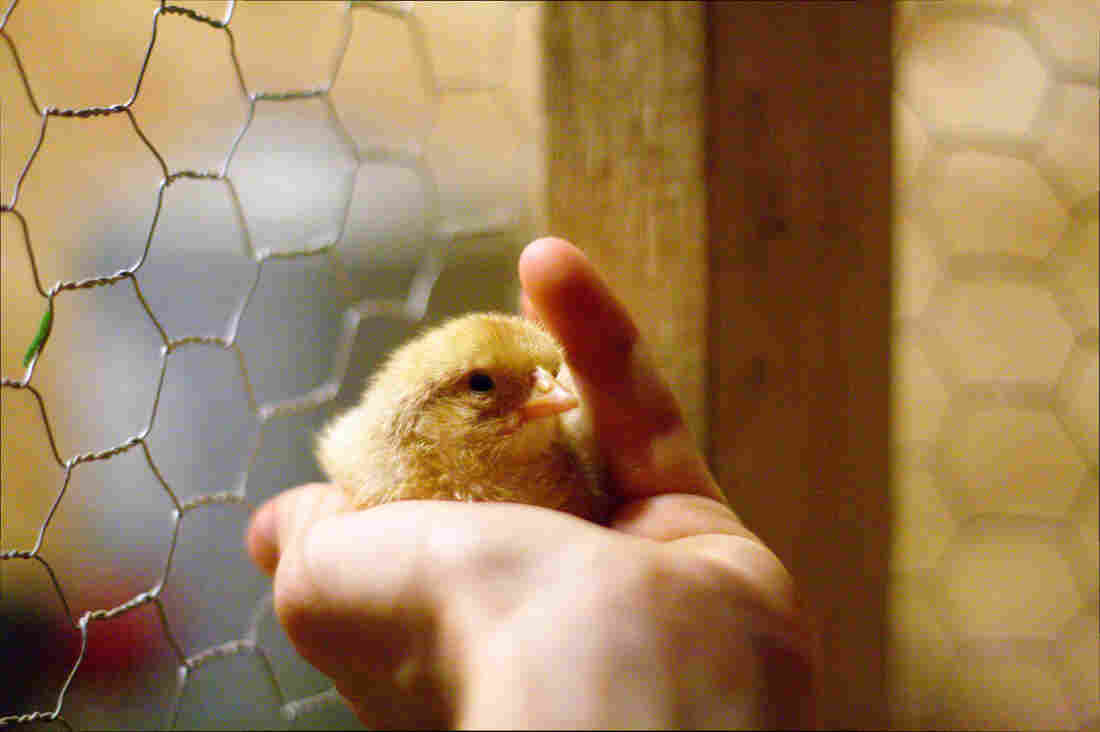 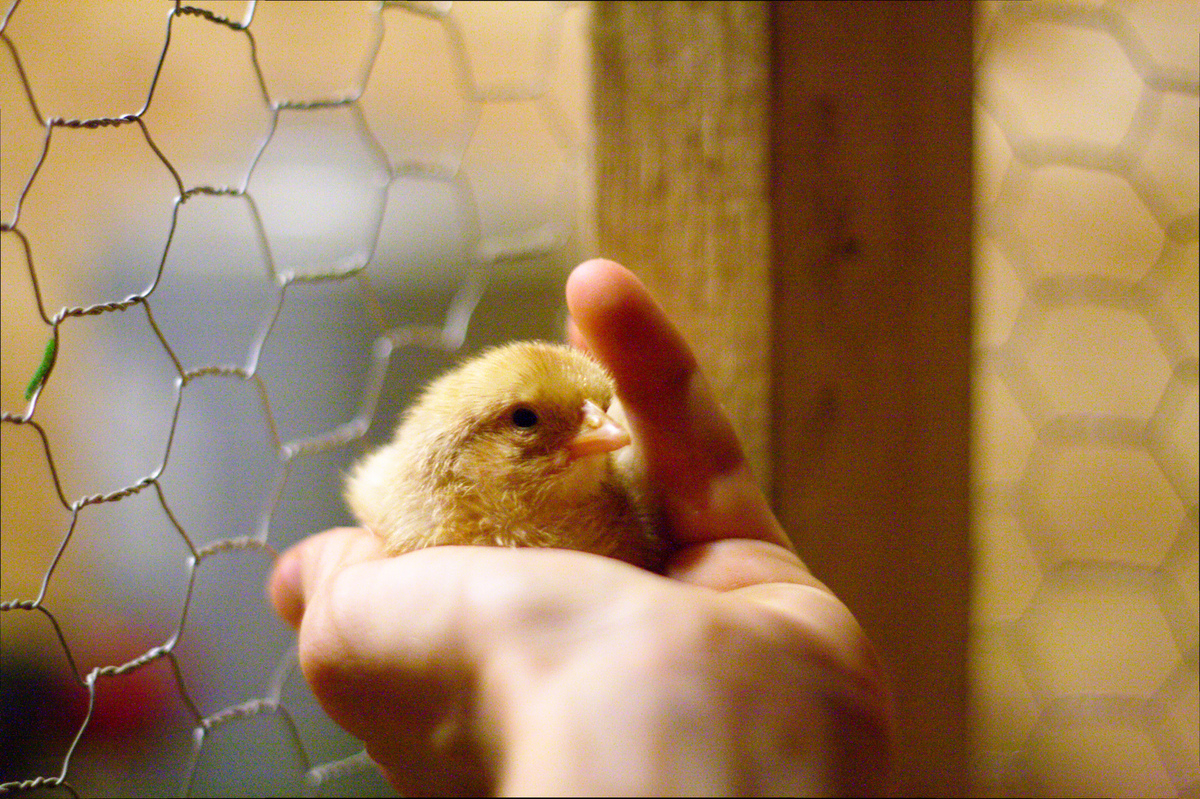 This chick will live. It's female.

Matt O'Hayer thought he was in the idyllic part of the egg business. He's CEO of Vital Farms, based in Austin, Texas, which markets eggs from hens that run around outdoors, on grassy pastures, at about a hundred different farms.

"I thought that there's nothing more beautiful than eggs, where you have sort of a symbiotic relationship; you take care of the hen and she gives you this little gift every day," says O'Hayer.

Until a few years ago, he never thought about where those hens come from, or what happened to their male siblings.

Then he ran into a couple of people from the animal rights group PETA.

"I told them what I was doing for a living, and they said, 'Oh, that's horrific,' " O'Hayer recalls. "And I said, 'Why's that?' And they said, 'Because of what happens to the male chicks!'"

That's when O'Hayer learned about something that happens at the hatcheries that supply his farmers with hens.

Those hatcheries incubate fertile eggs from breeding flocks, in order to raise more egg-laying hens. Their breed of chicken is only used to lay eggs, not for meat.

"It's bred to lay eggs, and not to gain weight," O'Hayer says. "They're lean, mean, egg-laying machines." So all they want are the female chicks. "The male has no value."

But there's no way, right now, to screen the fertilized eggs to see which embryos are male or female. Instead, teams of workers inspect each chick immediately after it hatches. They keep the females. But the males — brace yourself — get killed instantly in a machine that grinds them up. In the U.S., about 300 million male chicks from egg-laying breeds are killed each year.

O'Hayer was horrified. He started looking for a way to end this. And he wasn't alone.

"It's been an issue that the international egg industry has been dealing with and trying to find commercially available and economically feasible solutions for years," says Chad Gregory, president of the United Egg Producers, which represents most egg producers in the U.S.

The industry has been under pressure from animal welfare groups, but there's also a profit motive. Incubating, hatching and then destroying male chicks wastes money. Last summer, the UEP announced that it would try to end the practice of killing male chicks "by 2020 or as soon as it is commercially available and economically feasible."

O'Hayer now believes that he has the answer.

Vital Farms teamed up with an Israeli company called Novatrans and found a way to analyze the chemical makeup of gases that leak from the pores of an egg and determine the sex of the embryo inside. "We are able to trap the gas and read whether it's male, female, or infertile, and do it in a matter of seconds, rather than minutes," says O'Hayer.

O'Hayer says it's possible to make that determination two days after the egg is laid, before it enters the incubation chamber. At that point, it's still possible to sell the eggs containing male embryos as regular edible eggs. It normally takes 21 days of incubation for an egg to develop into a chick that breaks out of its shell.

The Vital Farms-Novatrans partnership expects to have a commercial version of this invention up and running within a year.

By that time, though, it may have competition.

In Canada, Egg Farmers of Ontario has been funding research by Michael Ngadi, a scientist at McGill University, who's developing a way to determine the sex of embryos by shining light through them. Harry Pelissero, general manager of Egg Farmers of Ontario, told The Salt that the technique could be commercially available within two years. Meanwhile, German researchers are working on yet another approach.

David Coman-Hidy, executive director of the Humane League, an animal-welfare advocacy group, says there has been a wave of technical innovation aimed at this problem, just within the past year. Last summer, he says, he hoped to get the egg industry to promise to stop killing male chicks by the year 2020. But "now that we've seen these new folks trying to get these contracts as soon as possible, I think we may see this change happen even sooner."

According to Chad Gregory, from the United Egg Producers, there's huge demand within the egg industry for a way to solve this problem, and the first company to create a solution could earn a lot of money. "Over time, worldwide, it could be worth billions of dollars," he says.