Accessibility links
Make America Bake Again: A History Of Cake In The U.S. : The Salt From the waste-not ethos behind Angel Food Cake, to the science fads that sparked chocolate cake, American Cake tells a story of immigration and ingenuity.

Make America Bake Again: A History Of Cake In The U.S.

Make America Bake Again: A History Of Cake In The U.S. 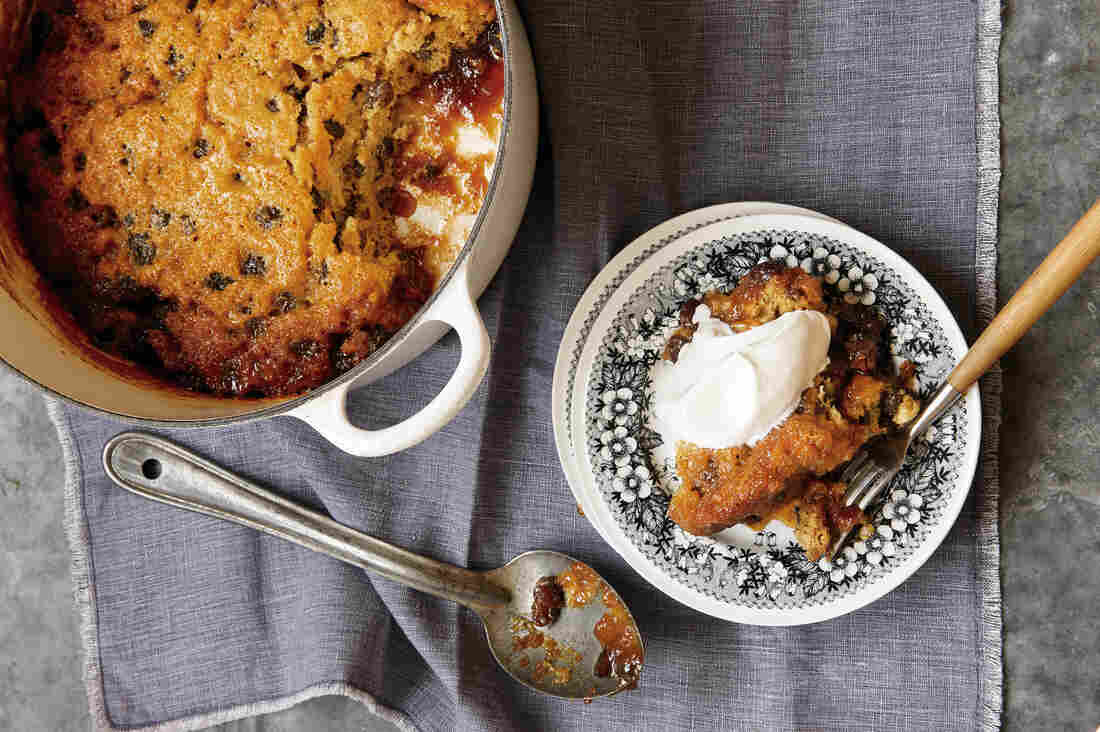 Cowboy Cake is an example of American baking deliciousness born of hard times. When cowboys moved out West, they didn't bring hens with them. Instead of eggs, they "made do by cooking down raisins into a thick syrup that magically moistens and leavens the cake without eggs and with very little fat," says Anne Byrn, author of American Cake. Mitch Mandel hide caption 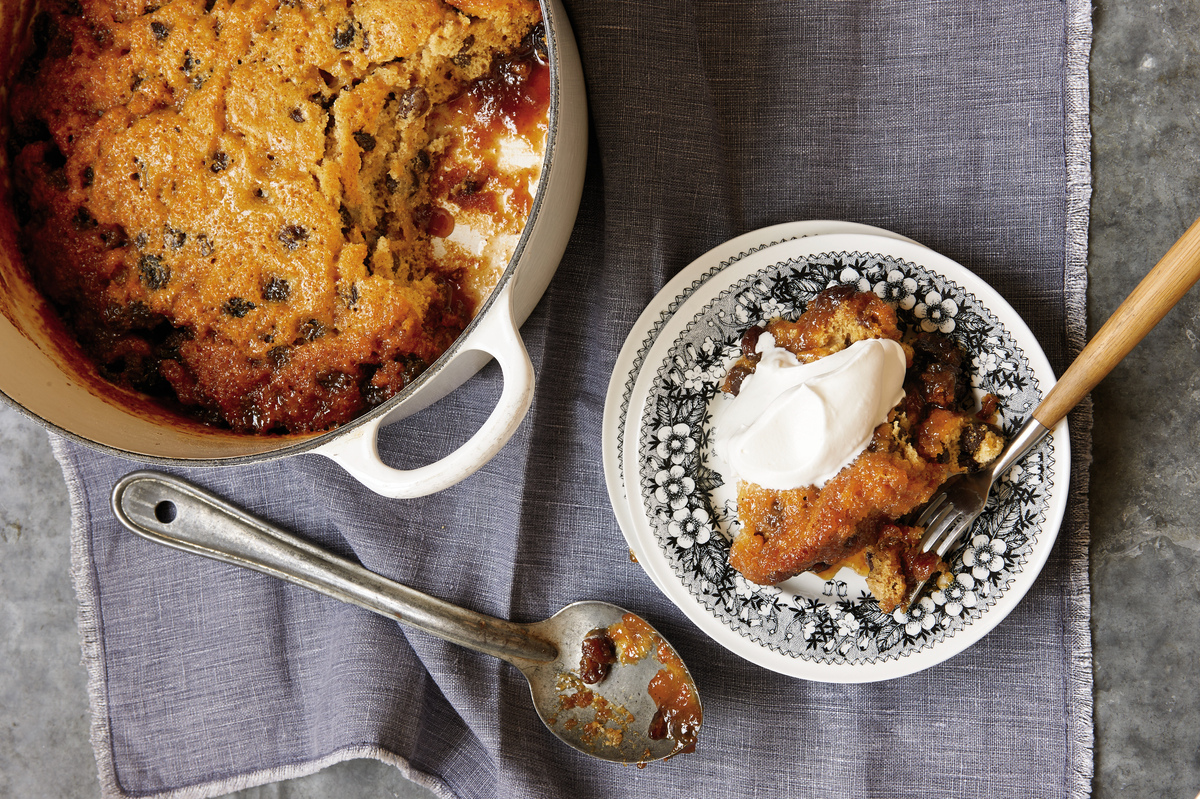 Cowboy Cake is an example of American baking deliciousness born of hard times. When cowboys moved out West, they didn't bring hens with them. Instead of eggs, they "made do by cooking down raisins into a thick syrup that magically moistens and leavens the cake without eggs and with very little fat," says Anne Byrn, author of American Cake.

There may be nothing more American than mom and apple pie – but mom and cake come pretty close.

Ask Anne Byrn, the Nashville-based best-selling author and baker whose romance with cake started when she was tall enough to reach for the box of Hershey's cocoa.

"Cake is an icon of American culture," says Byrn, who has just published American Cake, a lavish tome layered with buttery pictures. "Be it vanilla, lemon, ginger, chocolate, cinnamon, boozy, Bundt, layered or marbled— cake has a special hold on the American palate, imagination, and heart. Why? Because it is celebratory."

A History Of Election Cake And Why Bakers Want To #MakeAmericaCakeAgain

American Cake takes the reader on a flour-dusted, chronological journey from the era of colonial gingerbread to today's over-frosted towers. Byrn makes for an expert guide, deftly folding history, literary trivia, Americana and origin stories for more than 125 iconic cakes, while providing modernized recipes for each of them. For instance, since eggs today are larger than they were when Mary Lincoln baked her White Almond Cake for Abe, Byrn's recipe calls for six large egg whites, instead of the dozen that Mrs. Lincoln used.

We learn how cowboys made eggless cakes on open fires; how pearlash (a refined form of ash collected from burned hardwood trees) was used as a leavening agent before baking powder; how Shaker women used peach twigs to beat egg whites in the vain hope that their meringue would be infused with a peachy flavor; and how housewives innovated to Americanize the cake. 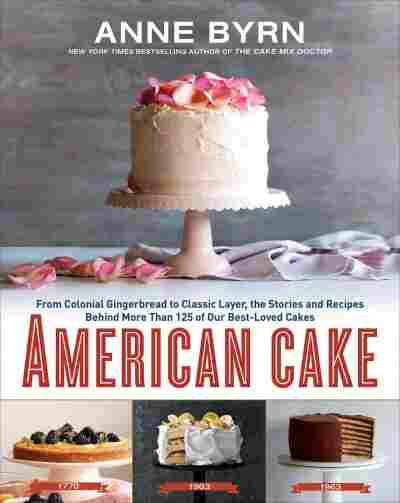 From Colonial Gingerbread to Classic Layer, the Stories and Recipes Behind More Than 125 of Our Best-loved Cakes From Past to Present

Title
American Cake
Subtitle
From Colonial Gingerbread to Classic Layer, the Stories and Recipes Behind More Than 125 of Our Best-loved Cakes From Past to Present
Author
Anne Byrn

One of the earliest cakes to use an American ingredient was the Indian Pound Cake, which used corn meal, known then as "Indian meal." Other inventions – the hickory nut cake and black walnut cake – used nuts indigenous to the New World. "Which is why a grandmother's cake recipe will usually have walnuts in it," says Byrn.

While some cakes are named after heroes, like George Washington Carver and General Robert E. Lee, others have had more whimsical christenings — such as the Shoofly Pie, named after a circus mule, and the Brooklyn Blackout Cake, a cheeky nod to the blackout drill imposed in Brooklyn post-Pearl Harbor.

Keenly attuned to cake's deep regional roots, Byrn takes the reader on a coast-to-coast trail of crumbs, from "the dark, moist gingerbread of New England, to the elegant, English-style pound cake of Virginia, to the hardscrabble apple stack cake of Appalachia, to the slow-drawl, Deep South caramel, to Hawaii's Chantilly Cake and Alaska's rhubarb, to the more modern California cakes of almond or orange," she writes.

The layered cake, a classic American invention, is the perfect metaphor for a nation built on waves of immigration, with each new group adding flavors and techniques to the cake-baking enterprise. Even a small Protestant group like the Moravians, who settled in North Carolina, have a distinctive legacy in the rich potato cake known as Moravian Sugar Cake. 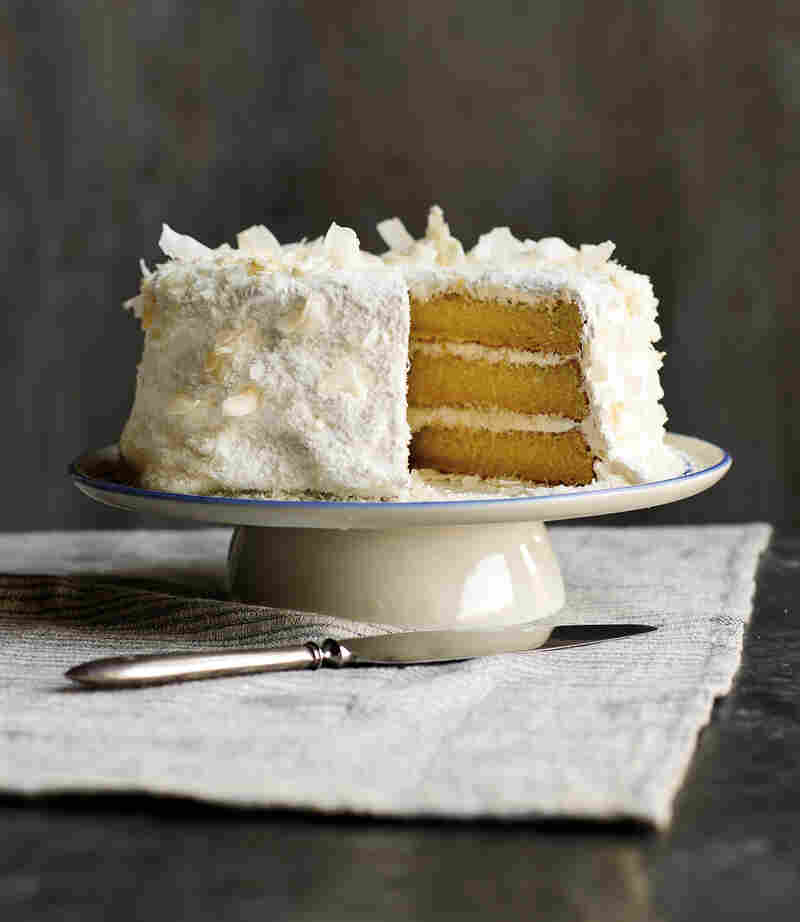 Coconut layer cake is one of the South's best-loved cakes. Author Anne Byrn says enslaved Africans brought with them knowledge of how to use coconuts. Mitch Mandel hide caption

Enslaved African cooks made for some of the most talented bakers in the antebellum South, producing some of the region's best cakes. "They brought a creativity to cooking and much hard work," says Byrn. "They also brought a knowledge of new ingredients like coconut."

"Southern cakes such as the Coconut Cake, Lane Cake, Lady Baltimore Cake, Japanese Fruit Cake, and Pound Cake were very labor-intensive," she adds. "Eggs whites had to be whisked and flour incorporated by hand, the coconut had to be cracked, the meat extracted and shredded."

If Italians brought in the rustic torte and Mexicans introduced delicacies like the Chocoflan and Tres Leches Cake, the contribution of German immigrants who settled in Pennsylvania (and came to be known as the Pennsylvania Dutch – a corruption of Deutsch) is unmatched. From applesauce cake, crumb coffee cake, molasses coffee cake and chocolate cakes to Shoofly Pie and black walnut cake – they all sprang from Pennsylvania Dutch ovens.

"Even the American favorite known as Blackberry Jam Cake is a German cake, brought by settlers to Ohio, Kentucky, Tennessee and other places in the South," says Byrn. "It was made using homemade blackberry jam put up with local fresh berries in the summertime. A jar of jam was saved until Christmas, when it went into this cake redolent with spices."

As for that perennial blockbuster, the chocolate cake, who'd have thought this gooey bomb, which made its appearance in the late 1800s, would have a science connection? "It was the time of Edison and electricity," says Byrn. "There were these cooking schools in Boston and Philadelphia which focused on exact measurements and making healthy foods with this new energy-giving ingredient, chocolate. Chocolate companies hired these ladies to create recipes. 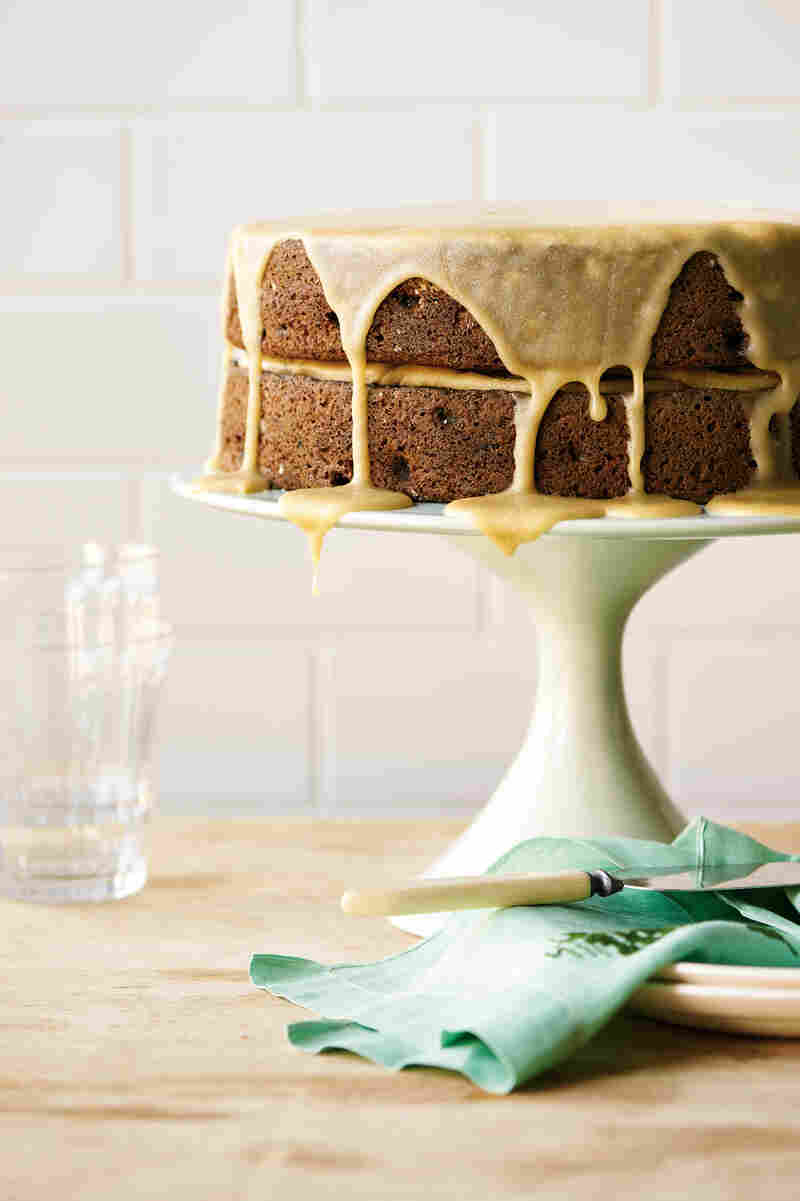 Jam cakes existed in Europe. German immigrants brought the tradition to America. They would use local berries to make jam and use it in spice cakes for the holidays. Mitch Mandel hide caption

"The first chocolate cake was called Mahogany Cake, and it was very pale compared to the deep, dark cakes today."

If chocolate cake is an offspring of science, the delicate Angel Food Cake is the child of frugality, created by Pennsylvania Dutch cooks who couldn't bear to let the egg whites left over from noodle-making days go to waste. Later on, the temperance movement swooned over this cloud-soft cake, because it was made without yeast. (Since yeast makes alcohol when heated, it was guilty by association.)

On a micro level, cake has been there for American birthdays, graduations, weddings, victories, elections (including Election Cake) and even funerals. On a macro level, every major historic event – "wars, depressions, good times, stock market upticks, westward migration"– has left its mark on it.

During hard times, when the four fundamental ingredients that go into a cake – butter, eggs, sugar and flour – were not always available, what was available, and in spades, was that fifth killer ingredient: ingenuity.

Some of the country's best-loved cakes rose (beautifully) from adversity.

"The Cowboy Cake is an excellent example," says Byrn. "Frontier settlers moved West and could not carry their hens with them. With no source of fresh eggs, they made do by cooking down raisins into a thick syrup that magically moistens and leavens the cake without eggs and with very little fat. Flash forward to today, when vegan cooks are searching for ways to bake eggless cakes, and the Cowboy Cake continues to be baked."

After the Civil War, when the sugar plantations of Louisiana were destroyed, housewives substituted lowly sorghum and molasses and came up with the delicious Gateau de Sirop of Louisiana and the Appalachian Stack Cake.

During WWI, sugar and flour were rationed. Cue the 1917 Applesauce Cake. "It's a delicious example of how cakes can be made with little oil or fat," says Byrn. "Applesauce has been, and still is, a substitute for fat and eggs, keeping a cake moist and flavorful." 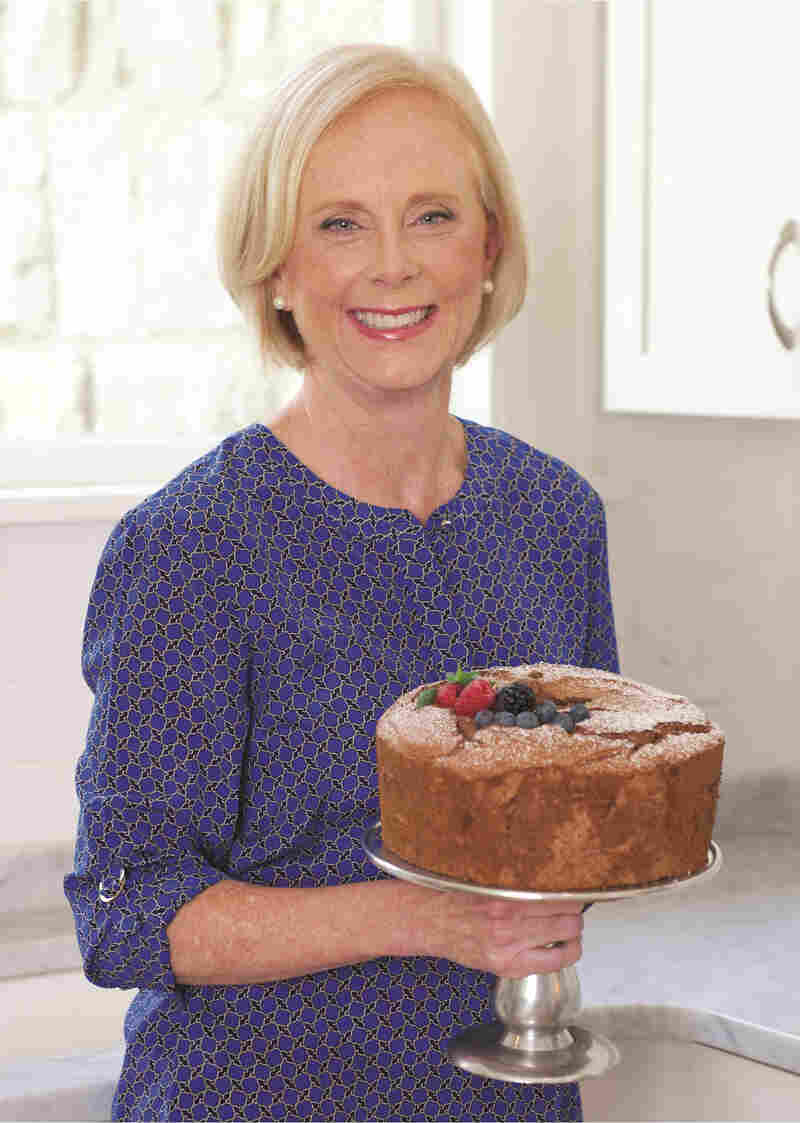 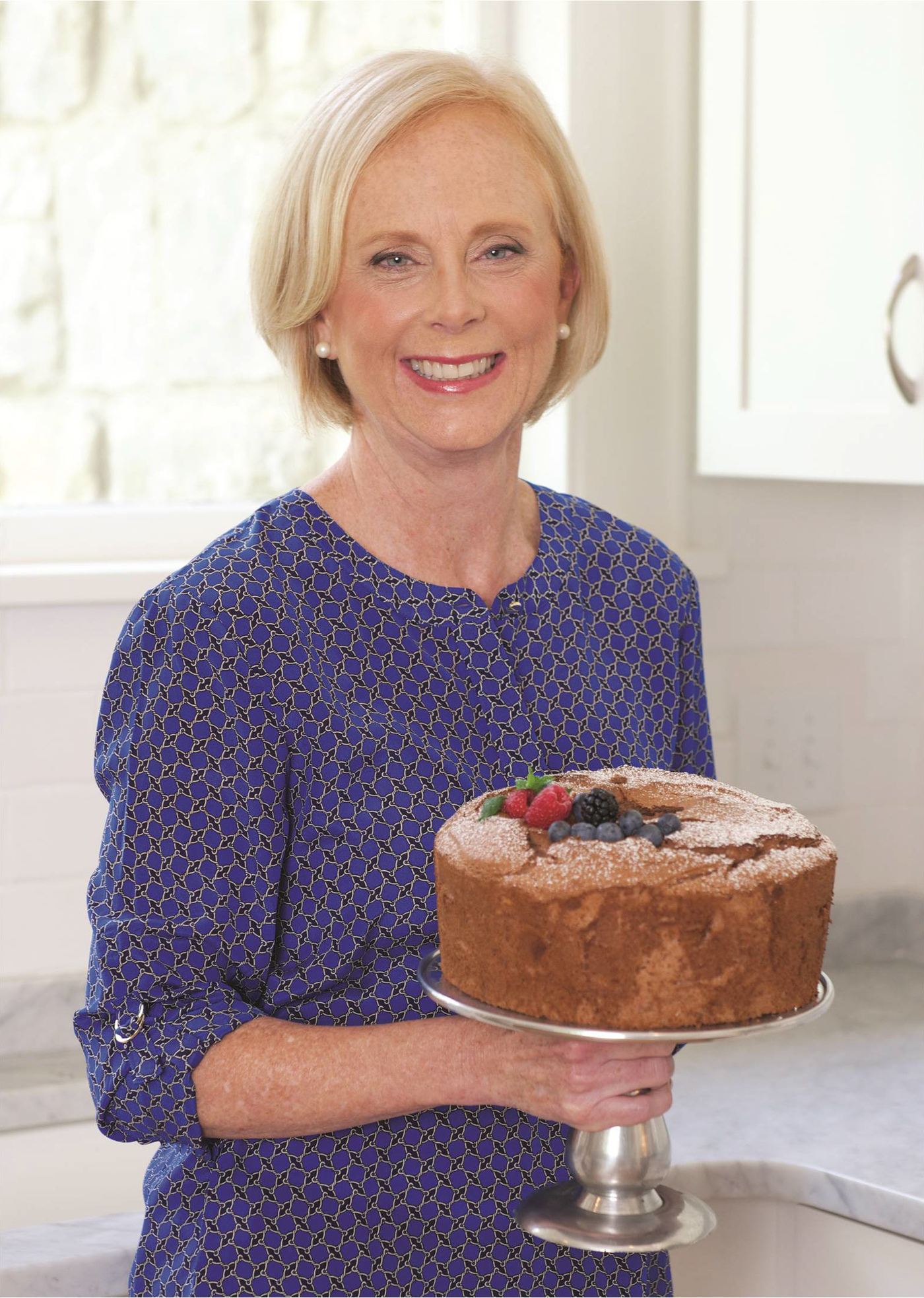 The bleak breadline years of the Great Depression produced the ghastly sounding Mayonnaise Cake. "People were just trying to make do using mayo instead of eggs and oil," says Byrn. "Manufacturers even put the recipe on the mayo containers." Despite its dubious appeal, Byrn bravely made one. "Incredibly moist, though a little salty for my taste," is her verdict.

Prosperity, too, has left its velveteen imprint. The post-WWII boom brought technical wizardry to the American kitchen, along with that indispensable convenience: the cake mix.

"After the war, everything got bigger. The cake mix took off in a big way," says Byrn. "GIs were given scholarships to study commercial baking, leading to a boom in bakeries. The big popular cakes of the time were the Red Velvet Cake and the Italian Cream Cake."

If the '60s were shaped by East Coast chic (Julia Child's The French Chef and Dione Lucas, who ushered in the era of the nearly flourless cake), the '70s were branded with the simple elegance of the California movement. "I interviewed Lindsay Shere, the first pastry chef for Alice Waters at Chez Panisse," recalls Byrn. "Her cakes were more rustic, more Mediterranean, more unprocessed. Her almond torte happens to be one of my favorites."

In today's farm-to-table, organic, free-range culinary scene, cake is "trying to find its new identity," says Byrn. "Today's cakes are both sugary and grand, as well as savory and full of freshly roasted beets or local rhubarb. As always, cakes are a window into our soul and a way to better understand ourselves." 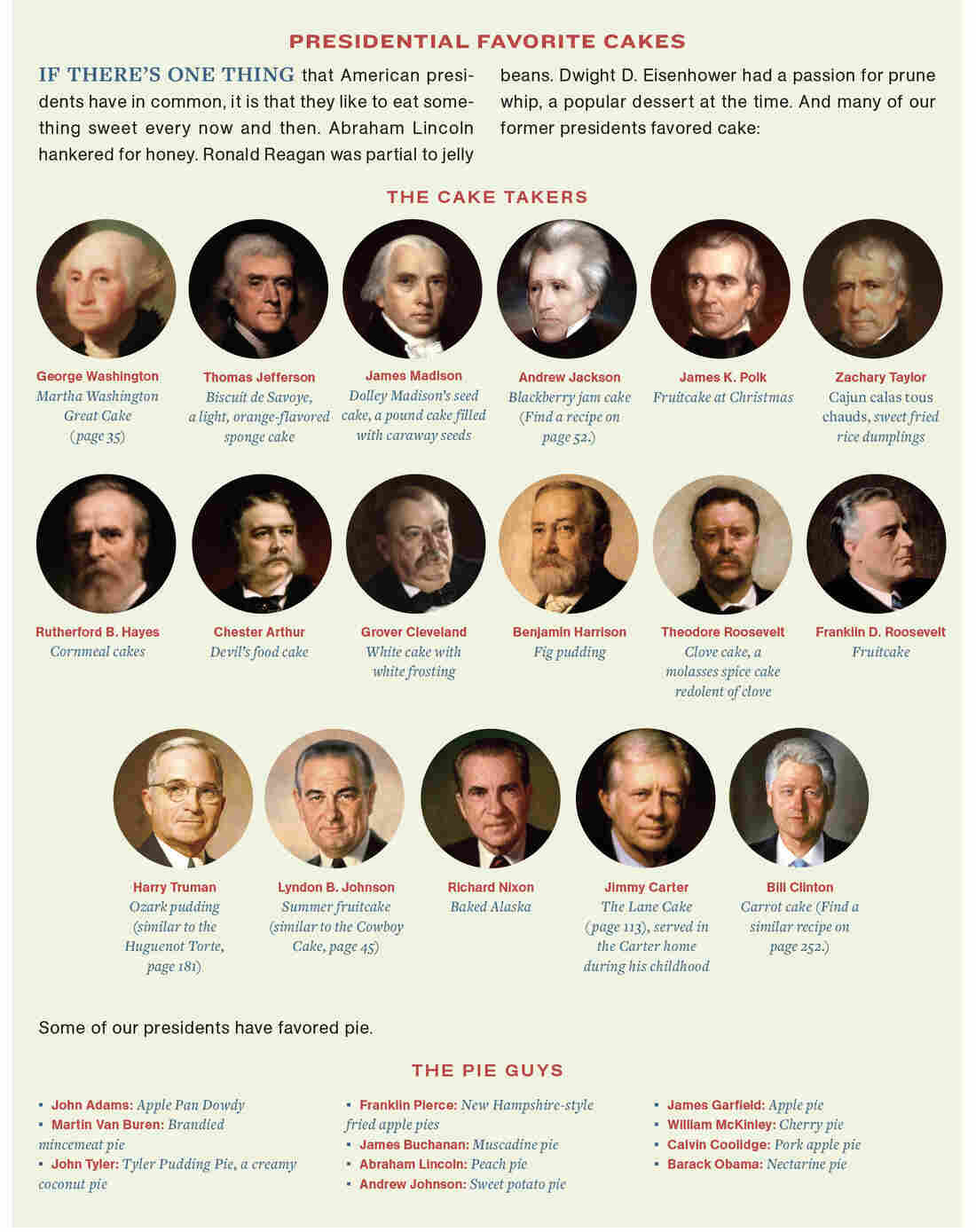