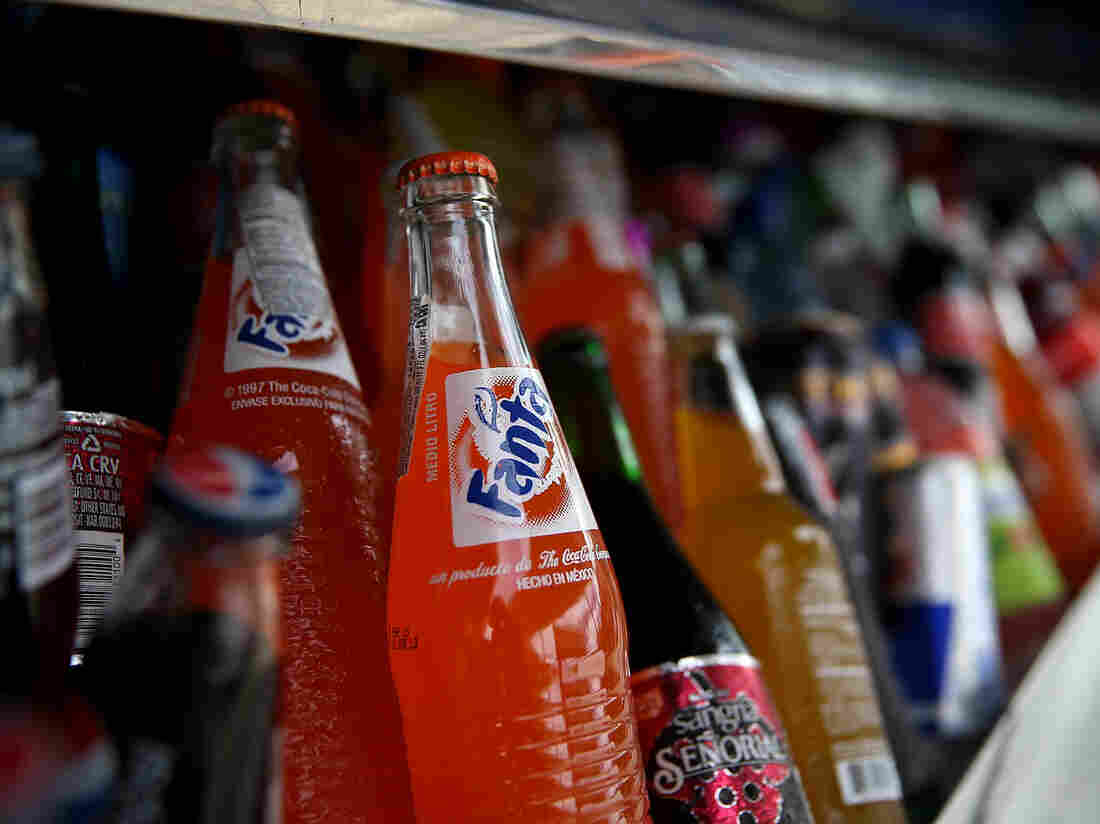 Bottles of Fanta are displayed in a food truck's cooler in San Francisco, Calif. The city is one of three in California, and four in the U.S., that passed taxes on sodas and other sugary drinks in Tuesday's election. Justin Sullivan/Getty Images hide caption 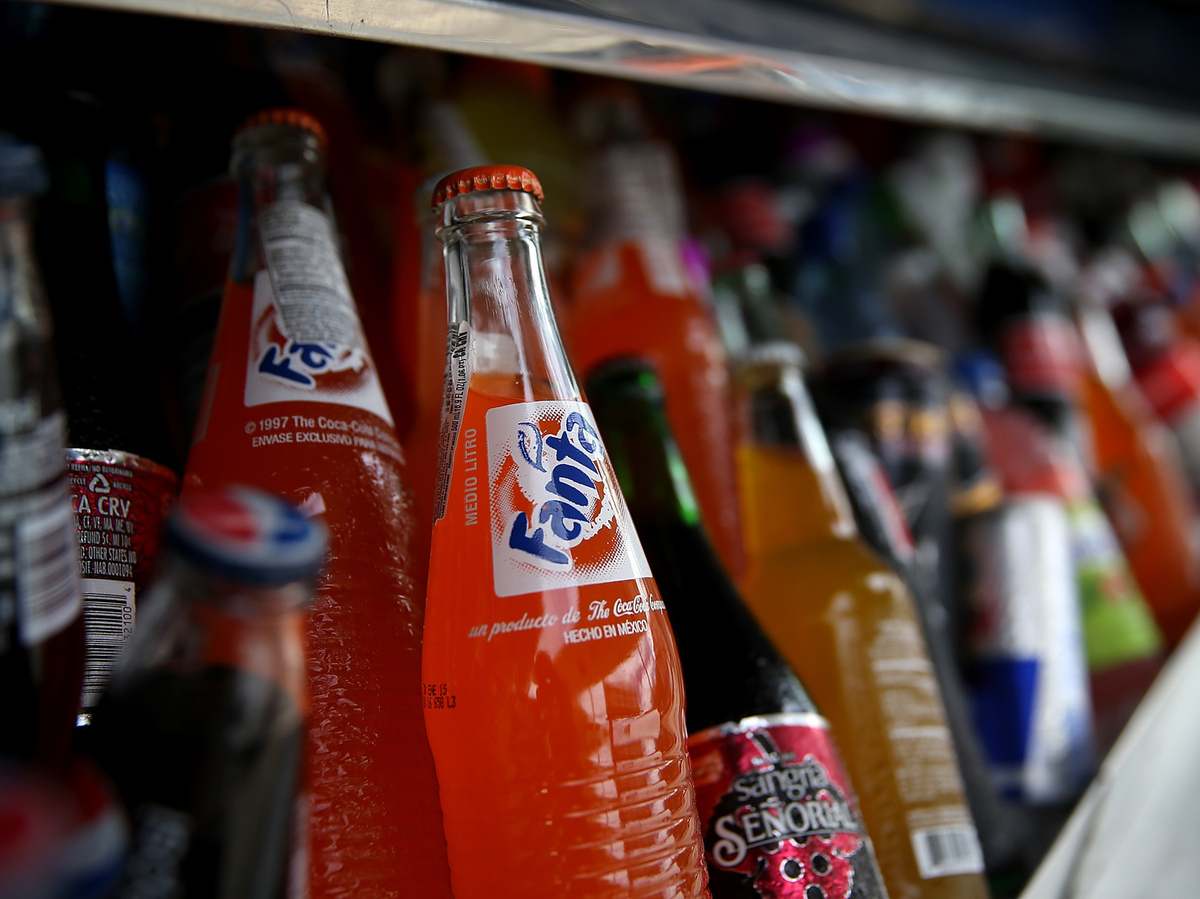 Bottles of Fanta are displayed in a food truck's cooler in San Francisco, Calif. The city is one of three in California, and four in the U.S., that passed taxes on sodas and other sugary drinks in Tuesday's election.

Voters in three cities in California passed ballot measures to place a one cent-per-ounce tax on sodas and other sugar-sweetened beverages, a move aimed at tackling obesity.

In San Francisco, 62 percent of voters cast their ballots in favor of the tax on sugary drinks. Similar measures passed in Oakland and Albany, Calif. In addition, the city of Boulder, Colo., passed a 2 cents-per-ounce tax.

"The growing worldwide movement to tax sugary beverages can no longer be stopped," wrote Harold Goldstein, executive director of Public Health Advocates in a release today. Goldstein pointed to the World Health Organization's recent report calling on nations around the globe to tax sugary drinks.

Tax Soda To Fight Obesity, WHO Urges Nations Around The Globe

The CEO of the American Heart Association touted the passage of the soda tax measures as a big win for public health.

"We applaud voters for rejecting the big spending and false arguments of outsiders and standing up for what they knew was right for their community," wrote Nancy Brown, CEO of the American Heart Association, in a statement today.

"From sports drinks to sodas to fruit-flavored drinks, today's children are drinking their age in these sugary drinks each week. Reducing consumption will improve rates of diabetes, heart disease and tooth decay," Brown concluded.

The American Beverage Association, which represents all the big soda brands, led the effort to oppose the soda tax measures. The group spent upwards of $9.5 million on a ad campaign, dubbed "Don't Tax Our Groceries."

"Voters in the Bay Area have made a decision, and we respect their decision," Susan Neely, CEO of the American Beverage Association, told us by phone.

But she says taxes are not the best way to pursue the public health objective of tackling obesity. "Consumers don't want these taxes ... and we think there's a more effective way to go about it," Neely says.

"We are deeply and publicly committed to reducing calories and sugar from our beverages," Neely explains, pointing to a pledge to a 20 percent reduction by 2025.

Neely explains that the industry has partnered with the Alliance for a Healthier Generation to work in communities with high rates of obesity to try to change the behaviors of people who may be getting too many calories from sugar-sweetened beverages. Currently, the group has efforts underway in Alabama and Mississippi, as well as communities in the Bronx and Brooklyn, N.Y. 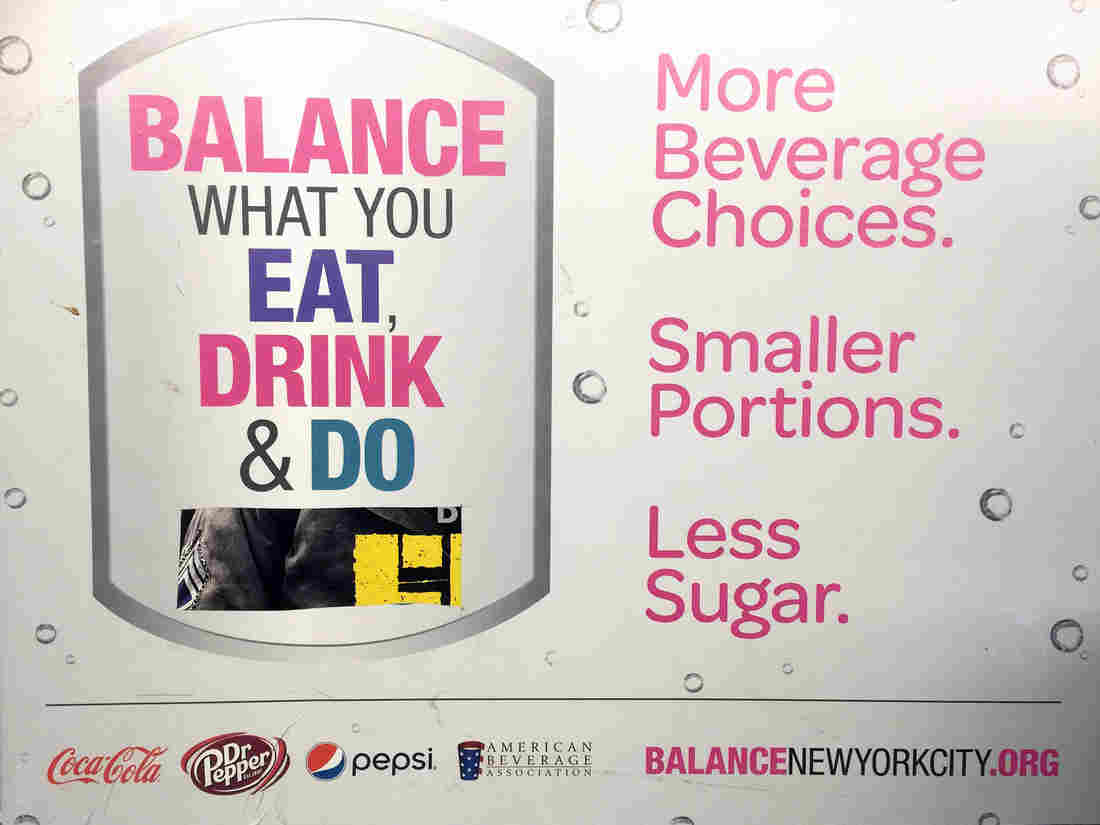 A billboard at a New York subway stop in Brooklyn nudges consumers to think about the calories they consume. It's part of a soda industry-funded campaign to target obesity. Allison Aubrey/NPR hide caption 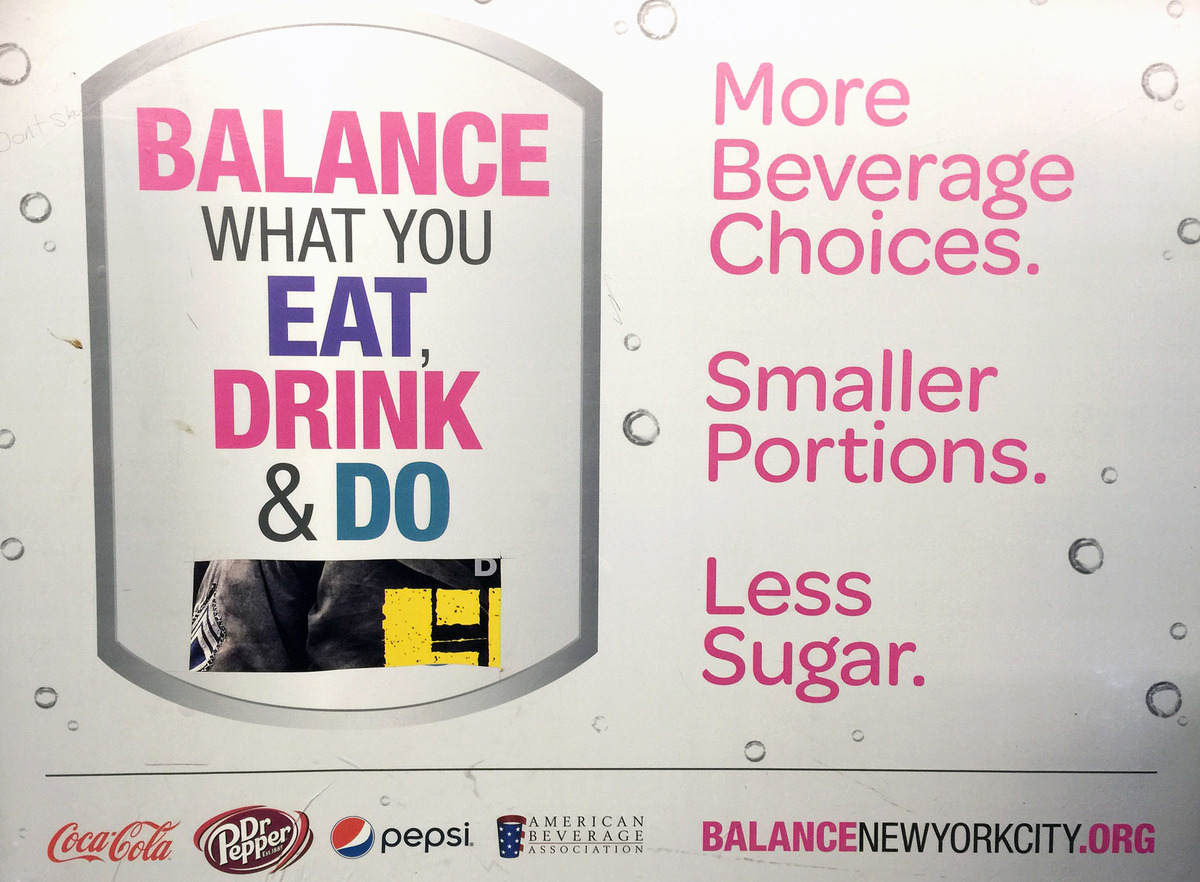 A billboard at a New York subway stop in Brooklyn nudges consumers to think about the calories they consume. It's part of a soda industry-funded campaign to target obesity.

"We're doing a double-down to try to change behavior to reduce [consumption of] calories and sugar from our beverages," Neely told us. Some of the efforts include offering taste tests and coupons for lower-calorie and zero calories options.

Other strategies include a billboard campaign, Balance What You Eat, Drink & Do," aimed at nudging people to think about the calories they're consuming. The industry is also working with retailers to place lower-calorie options at eye-level, so that consumers may be more likely to notice them.

Neely says she doesn't agree with public health advocates who argue that there's growing momentum for soda taxes. "I just don't see middle-class tax increases spreading across the country. I don't think there's support by people, and I don't see this as a movement."