Accessibility links
Who Invented Agriculture First? It Sure Wasn't Humans : The Salt Ants in Fiji farm plants and fertilize them with their poop. And they've been doing this for 3 million years, much longer than humans, who began experimenting with farming about 12,000 years ago. 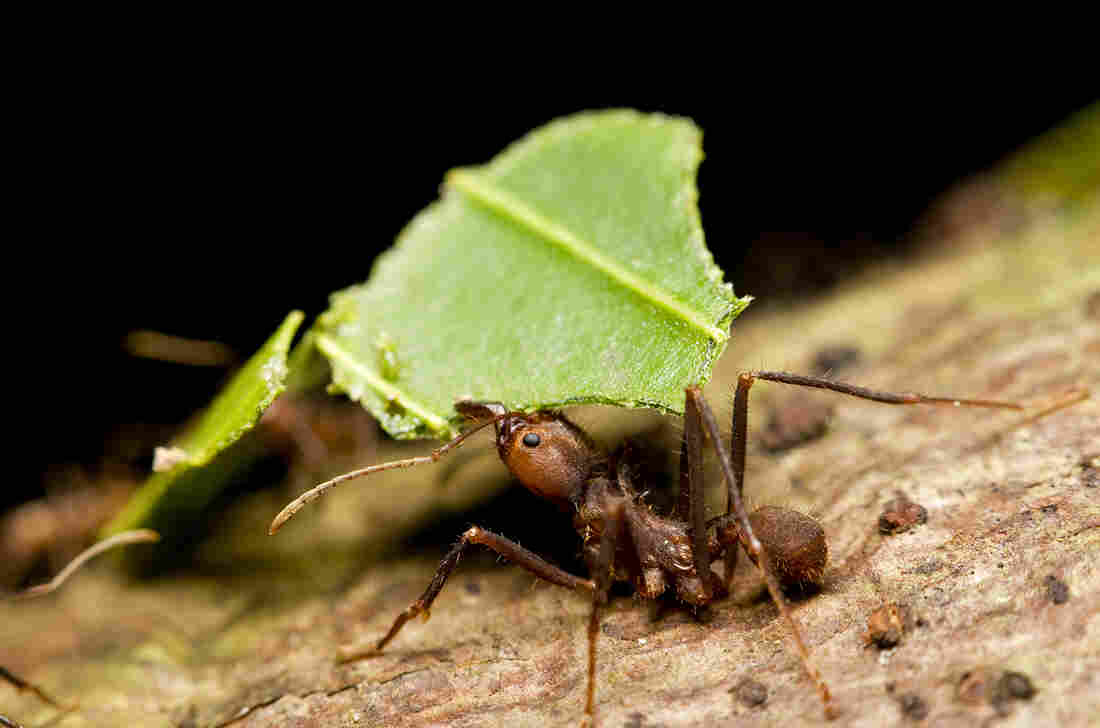 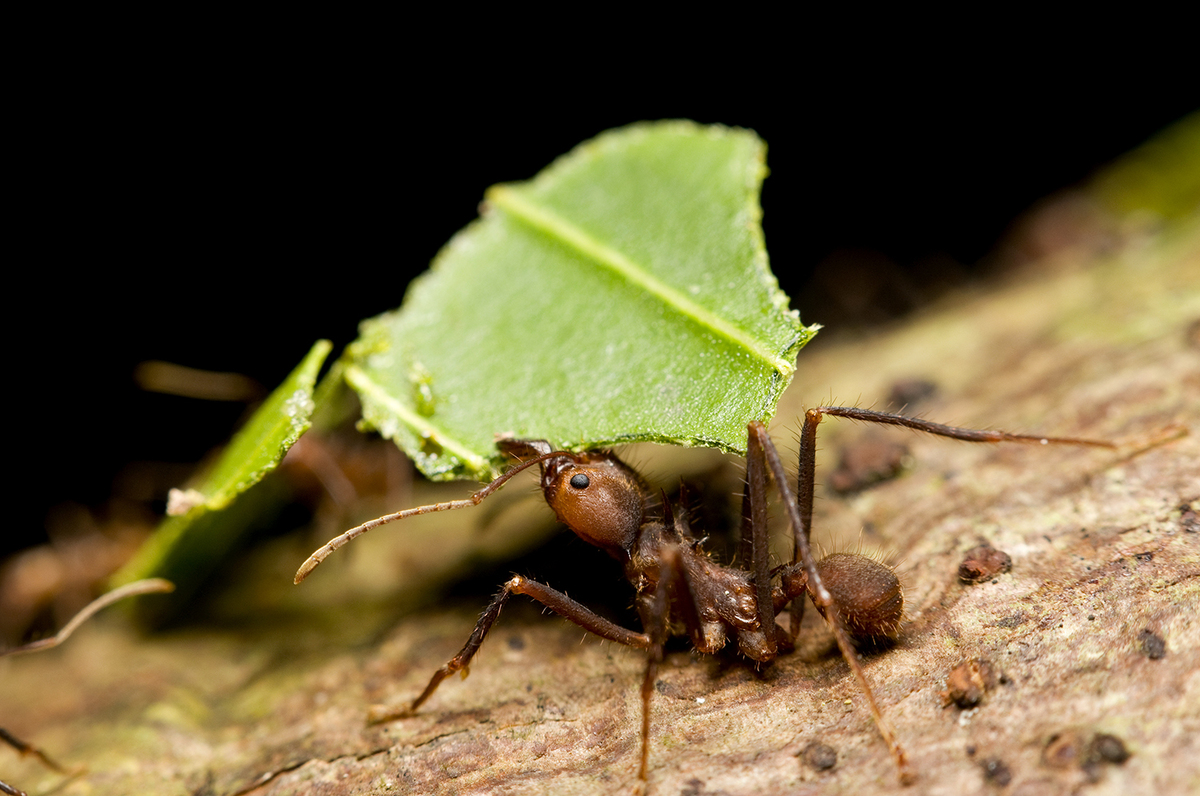 Various species of ants engage in some kind of agriculture. Here, a leaf-cutter ant gathers food for its fungus farm.

You may think of ants as picnic pilferers. After all, who hasn't had to ward off ants stealing crumbs from picnic tables or hoarding tiny pieces of food from kitchens? But a new study shows that they're in fact hard working farmers. Or at least one species of ants is. It lives in Fiji and has been farming plants for some 3 million years.

The ant in question is Philidris nagasau, an ordinary looking, small, black ant. It lives in and eats Squamellaria, a plant that grows in the cracks and elbows of different kinds of trees. The Squamellaria plant, which looks more like a fungus, forms lumpy, brown, bulbous protrusions from the branches of the trees it lives on. 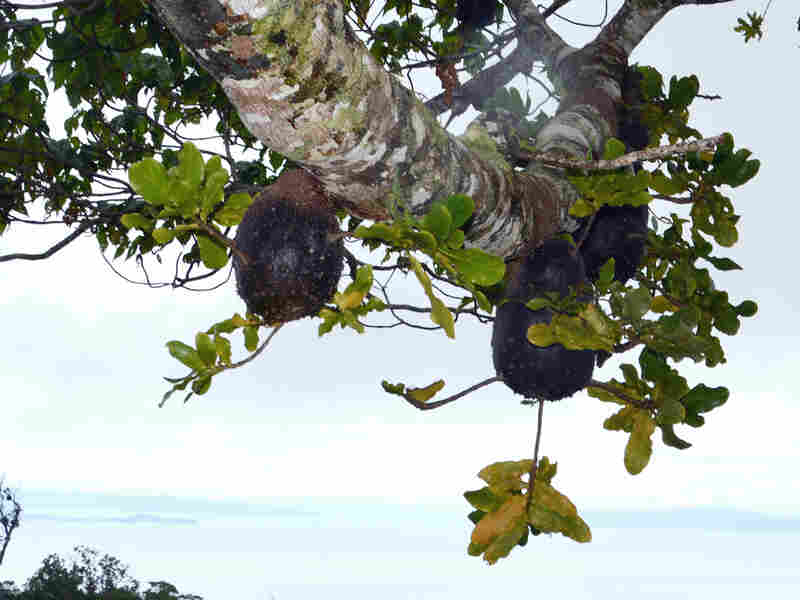 A 'field' of Squamellaria plants in a Macaranga tree farmed by a colony of Philidris nagasau ants. The tree overlooks the Fijian archipelago at sunset on Taveuni island. Nature hide caption 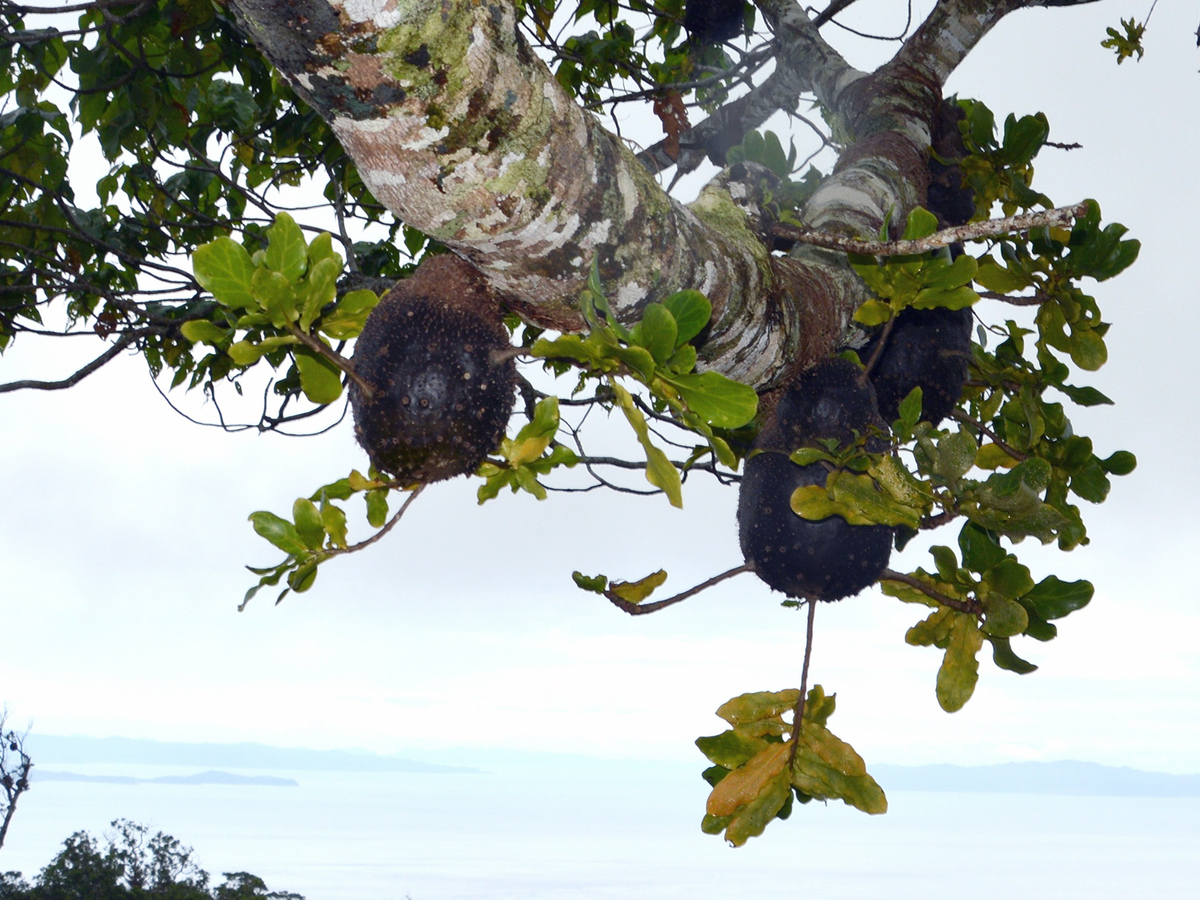 A 'field' of Squamellaria plants in a Macaranga tree farmed by a colony of Philidris nagasau ants. The tree overlooks the Fijian archipelago at sunset on Taveuni island.

The new study, published in Nature Plants, shows that these ants not only live inside these hollow plants, they also farm them.

"I first noticed the relationship when I saw dozens of these ant-filled plants clustered in the same trees," says Guillaume Chomicki, a botanist at the Ludwig-Maximilians-University of Munich and the lead author on the study. He saw ants from a single colony moving back and forth between the plants they lived in.

He found that the ants gather Squamellaria seeds and leave them in the cracks of trees. As the plants grow, the ants fertilize them with their own poop. Once the plants produce fruits, the ants harvest the seeds, and the process starts all over again.

Every plant Chomicki checked had ants living in it. And the ants don't hang out in other plants, suggesting that the ants and plants are dependent on one another. The ants seem to work with and live in six different species of this plant.

"The story is unique," says Brian Fisher, an entomologist-in-residence at the California Academy of Sciences. "We already have ants that disperse seeds, and have ants that feed plants, but we've never had a case where they farm a plant they can't live without." Fisher says approximately 40 percent of annual plants in the Northeastern United States, for example, are dispersed by ants. As for ants feeding plants, ant poop seems to be an abundant fertilizer for many plants.

But, Fisher notes, these ants are not the first to try agriculture. Leaf-cutter ants, for example, have been farming for at least 8 million years. But the leaf-cutter ants farm fungus, not plants.

When a leaf-cutter ant colony gets too big and needs to split, the female ant will carry a sort of fungal sourdough-starter to the site of the new colony, says Fisher. The ants will then, well, cut leaves, and feed them to the fungus to help it grow. The fungus in turn provides food for the new colony.

Some ants seem to have domesticated animals too. Certain species herd wild aphids from plant to plant, and 'milk' honeydew, a sticky, sugary secretion, by gently stroking the aphids with their antenna.

Acropyga ants take it one step further, and farm mealybugs, a type of bug that lives on tree roots. They carry the mealybugs from root to root and eat their honeydew. And just like the leaf-cutters, when it's time to start a new colony the queen will carry a pregnant mealybug as she flies to her new home. These ants have been farming mealybugs for a much longer time – a fossil Acropyga carrying a mealybug that was found in amber is believed to be 15-20 million years old.

In comparison, our own ancestors living in the Fertile Crescent are thought to have started tinkering with farming only 12,000 years ago.