Accessibility links
Farmers Are Courting Trump, But They Don't Speak For All Of Rural America : The Salt With Donald Trump's victory, rural America is enjoying some political prominence, and farmers are hoping to profit. But most rural Americans aren't farmers. Small towns have their own priorities. 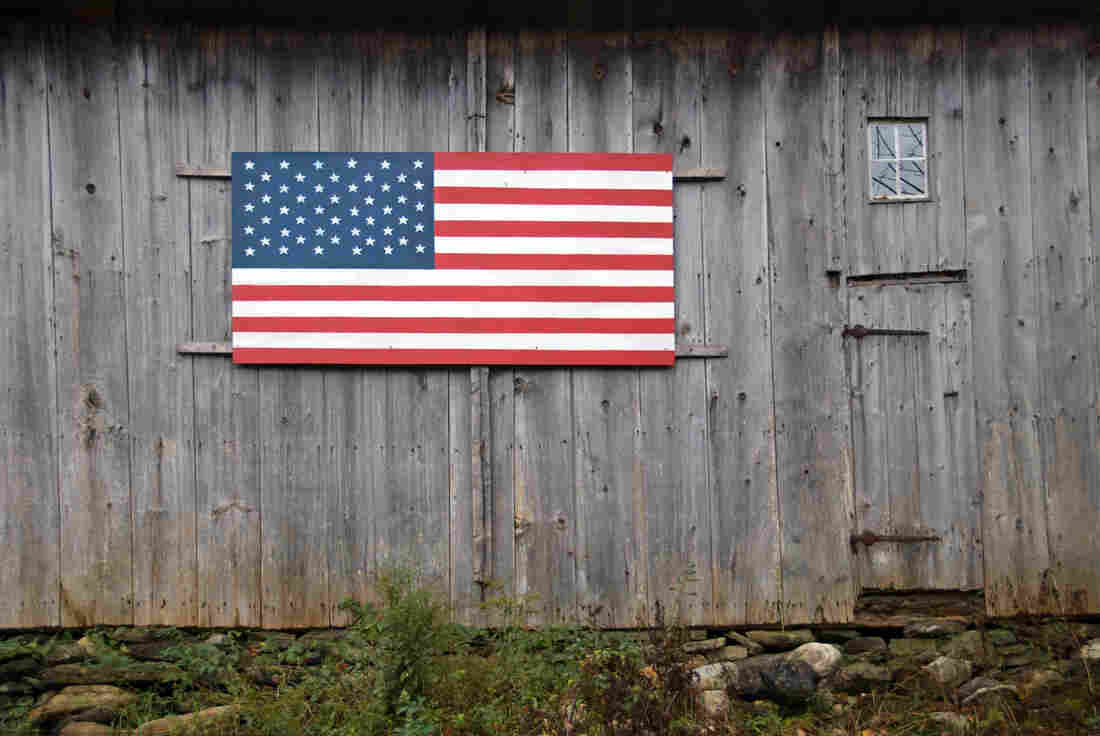 Who speaks for rural America? Farmers want international trade deals and relief from regulations. But small towns are focused on re-inventing themselves to attract a new generation. FrankvandenBergh/Getty Images hide caption 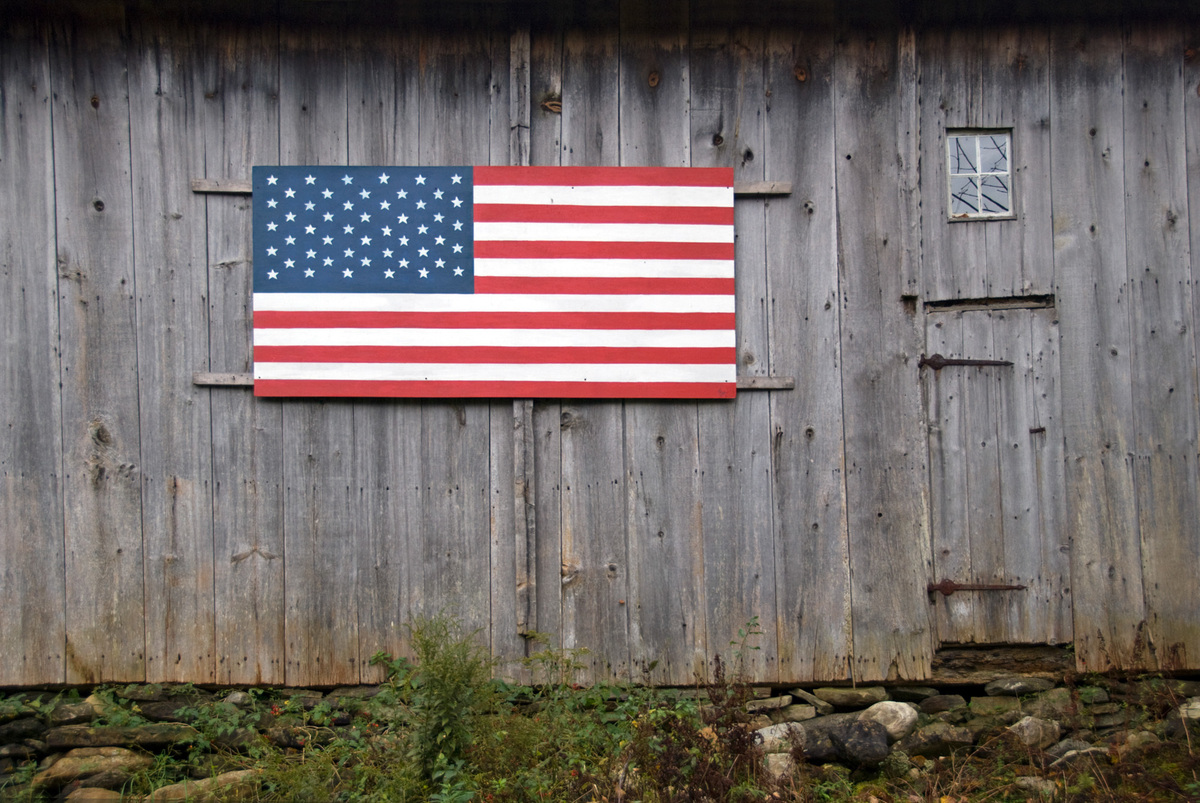 Who speaks for rural America? Farmers want international trade deals and relief from regulations. But small towns are focused on re-inventing themselves to attract a new generation.

The day after Donald Trump swept to victory, the head of the American Farm Bureau Federation, Zippy Duvall, released a videotaped statement aimed at the President-elect and other political leaders in Washington.

"Rural America turned out and made their voice heard in this election," he said. "Now it's time for our elected leaders to support rural America."

In his statement, Duvall referred interchangeably to "rural Americans" and "America's farmers and ranchers," suggesting that those are the same people.

In reality, they're not. Farmers make up a small minority in the rural population, with different priorities and agendas than their non-farming neighbors.

I explored these differences recently during a trip across parts of northern Indiana. It's a landscape dominated by wide fields of corn and soybeans and giant grain silos.

In Kosciusko County, near the tiny town of Leesburg, I met Kip Tom, a farmer who joined the Trump campaign as an adviser on agricultural policy. Tom's farm is one of the biggest in the region. It covers almost 20,000 acres, scattered across seven counties. In those counties, about 70 percent of the votes went for Donald Trump. And Kip Tom thinks Trump will indeed listen to what farmers have to say. "I see Trump being good for agriculture, absolutely," he told me.

On some issues Trump has been right in sync with the major farm groups. They both want less environmental regulation, for instance. Trump has promised to ditch a new Clean Water Rule that defines which streams are considered "waters of the United States," and thus covered by the Clean Water Act. The rule hasn't actually made much of a practical difference for farmers, but many farmers fear that down the road, it might give the EPA the authority to regulate what they do on the fields that surround small streams.

"Waters of the U.S. was an overreach by the federal government on our private property rights, to come out here and tell us how to operate our farms," said Tom.

But when it comes to other issues, farm organizations want Trump to change his mind. They favor trade deals that Trump attacked during his campaign, such as the Trans Pacific Partnership, which could expand their exports of pork, beef, and grain.

Farm groups also don't want the government to crack down on immigration. Dairy farmers and vegetable growers rely heavily on immigrant workers. Tom says more people should "walk a day with somebody who's a migrant, who was willing to do the work that others turn their nose to. I think we need to find some passion for those people and find a path toward citizenship for them," he says.

This is the policy wish list for supporting "rural America" that Zippy Duvall, from the American Farm Bureau Federation, mentioned in his post-election statement: Free trade; environmental deregulation; immigration policies that don't take away farm workers; and continued funding for programs that help farmers financially when prices fall or bad weather ruins their crops.

But does the rest of rural America care about these issues? To find out, I drove to the town of Warsaw, the county seat of Kosciusko County.

Warsaw is doing better than a lot of rural towns. It's home to several thriving companies that make orthopedic devices, which provides a solid economic base.

But like most small towns in the Midwest, it still worries about its future. Average incomes here have fallen below the national average. Poverty has been rising. The historic downtown, with its century-old brick storefronts and grand county courthouse, is eerily quiet during most of the day.

And here's Warsaw's biggest concern: Young people and how to keep them from moving away.

"Millennials, they go where they want to live, and then they decide where they want to work," says Joseph Thallemer, Warsaw's mayor. According to census data, a couple of hundred more people leave Kosciusko County each year than move here.

This, in fact, is why many Midwestern mayors and county commissioners are no longer quite so focused on getting companies to move to their communities, in order to bring in new jobs. Jobs aren't enough to make their millennials stay. Thallemer says that Warsaw has jobs in local factories that are waiting for people to fill them. And yet, young people choose to move away to places that seem more exciting.

"We have plenty of opportunity. But we don't have 70 degree average temperatures. We don't have palm trees. We don't have oceans," he says. What Warsaw needs, he says, is to find other ways to make the town special and attractive.

Farms surround this town, but Thallemer barely mentions agriculture's priorities. That's because the number of farmers is tiny, compared to half a century ago. According to the latest census of agriculture from the U.S. Department of Agriculture, there are just 497 people in all of Kosciusko county who say that farming is their principal occupation. That's out of a total population of 80,000. This is the situation, in fact, in much of rural America.

Chuck Fluharty, president of the Rural Policy Research Institute at the University of Iowa, which focuses on the economic health of rural communities, says small towns don't depend much on farmers anymore — yet farmers need their struggling rural towns.

But Fluharty thinks it is possible to revive small towns like Warsaw and keep young people from leaving.

It may sound counter-intuitive, but jobs follow people, he says, rather than the reverse. If people want to live in a place, they'll inevitably create the economic activity that sustains that community.

So what rural America needs, basically, is more people like Parker Beauchamp. Beauchamp grew up in Wabash, Indiana, about an hour south of Warsaw. He went off to college, but came back home to run the family insurance company. And he convinced his big-city wife to move there with him. "That was a major, major sales job," he says. He and his wife still debate about staying here. "We talk about it every day."

Beauchamp doesn't have to be in Wabash. His company, Inguard, is competing for customers all over the country, not just in northern Indiana. He's recruiting employees from all over, too. But he wants to be in his home town. And he's thrown himself into the job of building a Wabash that more people from Denver or Chicago would want to move to.

"We just hustled," he says. "We did whatever we could in order to get some energy into downtown."

They've had some success. There's art and entertainment in the center of Wabash now, along with a renovated historic hotel. Shops that were boarded up are now open for business again.

Government grants got some of this off the ground. But Chuck Fluharty, from the Rural Policy Research Institute, says rural communities, don't get nearly as much federal economic development money per resident as cities do. This is where he wants farmers to help, he says, because farm organizations have political clout. He thinks those farm organizations should be pushing Congress, and the new Trump Administration, on behalf of policies that help their small towns; not just their own farms.