Accessibility links
Carrageenan Backlash: Food Firms Are Ousting A Popular Additive : The Salt Food manufacturers are under pressure to replace carrageenan, an ingredient that's widely used in products — from protein drinks to sliced deli meat. The organic industry just moved to ban it. 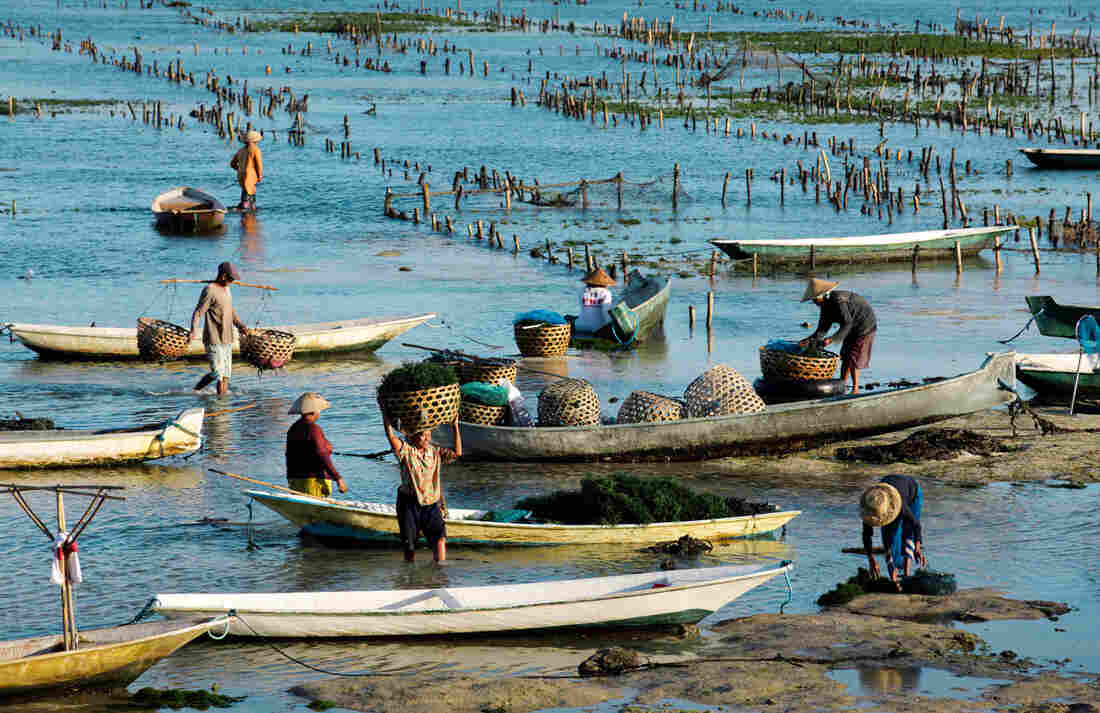 Seaweed farms like this one on Nusa Lembongan Island, in Indonesia, are the main sources of carrageenan. Paul Kennedy/Getty Images/Lonely Planet Image hide caption 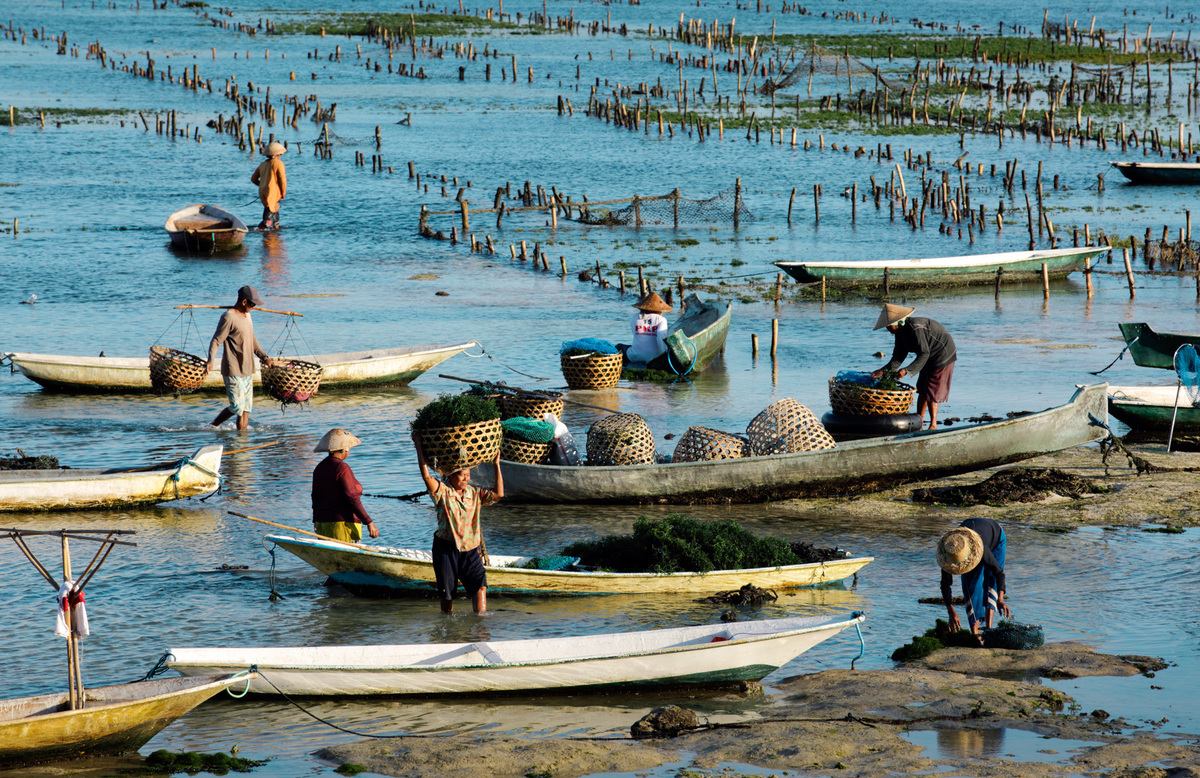 Seaweed farms like this one on Nusa Lembongan Island, in Indonesia, are the main sources of carrageenan.

Erick Ask still remembers the first time he heard about the food ingredient that would become the focus of his professional life. He was in ninth grade.

Mr. Elslip was talking about a substance derived from seaweed called carrageenan. His claim was't completely accurate; it isn't in all ice cream. But it's certainly in some brands. It's also used in a range of other food products, from infant formula to meats and certain beverages.

Now, it's starting to disappear, at least from a few of those foods. A committee that proposes rules for the organic food industry just voted to ban it from organic products. The shift is driven by pressure from activist groups that believe, based on a handful of studies, that carrageenan is linked to health problems.

The Cornucopia Institute, one of the groups that campaigned hard for the ban, called the vote a "big win for consumers, who have been voting with their purchasing power for products without the dangerous additive."

Ask, on the other hand, who now works for the FMC Corp., a major carrageenan processor, says, "We find it very disheartening. Tens of thousands of farmers base their livelihood on a healthy carrageenan market, and now some of it is eroding."

This little-known ingredient has a surprisingly long history. A couple of centuries ago, people who lived along the coast in Ireland and Brittany were picking up a kind of seaweed called Irish moss. "They would take it home and boil it, usually in milk," says Ask. The boiling released a substance that formed the structure of the seaweed's cells. That material was carrageenan. It didn't have much taste, but it thickened milk and helped turn it into creamy pudding.

This processing of carrageenan now takes place on a global scale. The FMC Corp., for example, buys seaweed from thousands of small farmers around the world, but mostly in Indonesia and the Philippines. The farmers live along the coast and grow seaweed in the ocean, "right offshore from their houses," Ask says.

Once extracted and dried, carrageenan is a cream-colored powder that looks like bread flour. FMC sells it to food manufacturers.

Lisa Pitka is one of the people who figure out how best to use it. She's a food technologist with Mattson, a company that works with lots of different food manufacturers to fine-tune their recipes.

"Very often I use carrageenan in beverages; high-protein beverages, extended shelf-life beverages," she says. If those products sit on the shelf for a while, their contents can start "jelling," appearing spoiled; or the various ingredients may separate. Particles of cocoa powder may settle to the bottom. Carrageenan keeps the mixture bound together. "It helps to keep the product thick and creamy, and [keep] the product from becoming unappealing to the customer," Pitka says.

Carrageenan is also added to deli meat to keep it from falling apart when you slice it.

Its use has soared in the past few decades. Ask estimates that 5,000 tons of seaweed was harvested for carrageenan production in 1970. Today, it's more than 200,000 tons. According to a report from the U.N.'s Food and Agriculture Organization, global carrageenan use increased more than five-fold from 2000 to 2010.

Now, though, there's a carrageenan backlash.

A few scientists have reported that carrageenan has caused intestinal inflammation in laboratory animals. Hundreds of people have come forward to say that their health problems — from migraines to intestinal issues — improved when they eliminated carrageenan from their diet.

That evidence is disputed. Other scientists say that they tried to confirm those laboratory results and failed. The U.S. Food and Drug Administration, as well as the European Commission and the World Health Organization, say that they still believe carrageenan is safe.

Nevertheless, activist groups have been campaigning to get food companies to stop using it.

And Barbara Shpizner, vice president of innovation at Mattson, says the company is seeing the effects of that pressure. "Clients in the natural channel, or organic products, are saying, 'Let's formulate without carrageenan,' " she says.

There are other additives that can replace carrageenan, she says. They include gellan gum, locust bean gum and xanthan gum. But it often takes a combination of these ingredients, and they don't always work as well. She'd rather use carrageenan.

Organic food companies, though, probably won't have a choice. The National Organic Standards Board, which advises the U.S. Department of Agriculture on rules for the organic industry, recently voted to ban carrageenan from organic food. If the USDA, as expected, adopts that recommendation, the ban could take effect within two years.