Accessibility links
Fishermen Team Up With Scientists To Make A More Selective Net : The Salt A trawling experiment in the Gulf of Maine aims to scoop up abundant and profitable flatfish, while bypassing the once plentiful but now depleted cod population. So far, the results are promising.

Fishermen Team Up With Scientists To Make A More Selective Net

Fishermen Team Up With Scientists To Make A More Selective Net 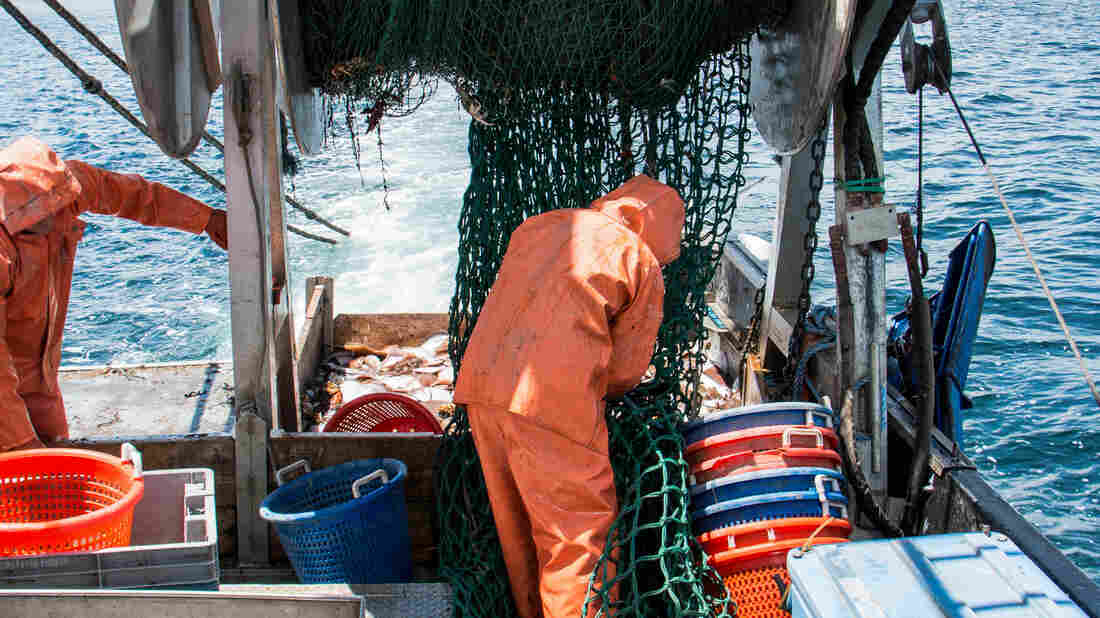 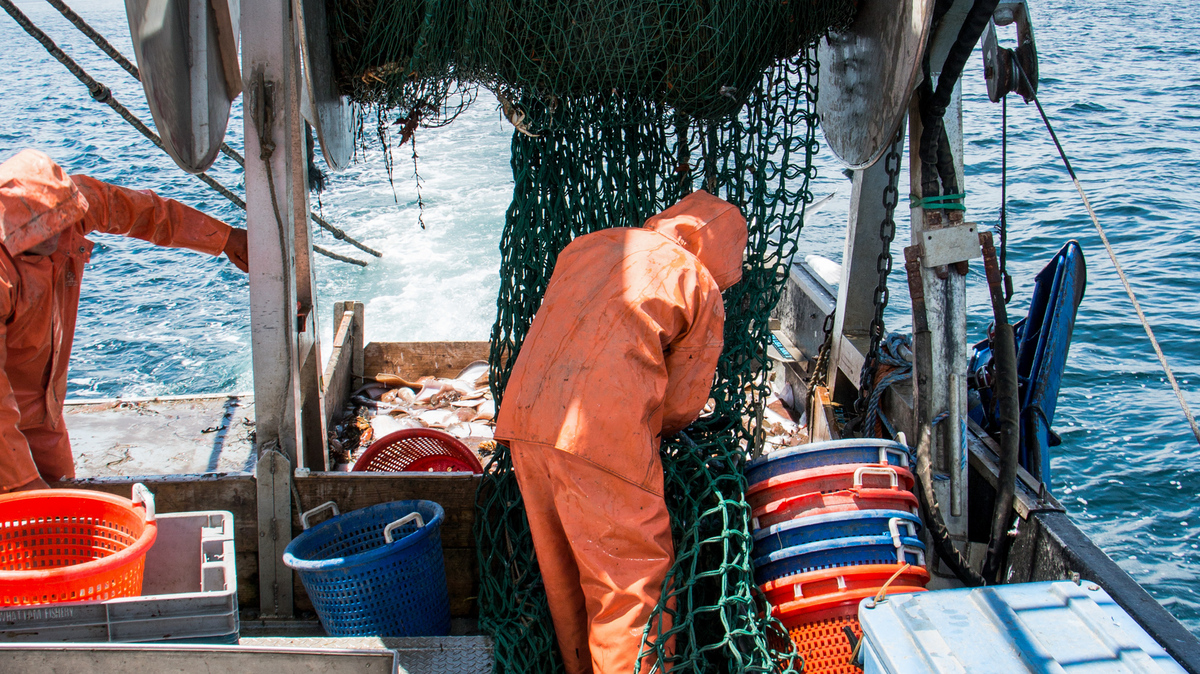 Portland's Gulf of Maine Research Institute has designed a trawl net that aims to target species that can still be profitable while avoiding cod.

Some New England fishermen are pinning their hopes on a new kind of trawl net being used in the Gulf of Maine, one that scoops up abundant flatfish such as flounder and sole while avoiding species such as cod, which are in severe decline.

For centuries, cod were plentiful and a prime target for the Gulf of Maine fleet. But in recent years, catch quotas have been drastically reduced as the number of cod of reproductive age have dropped perilously low.

For many boats, that turned the formerly prized groundfish into unwanted bycatch. And for fishermen, it can be tough to avoid cod while trying to catch other fish. The stakes are high.

"Say tomorrow I go out, have a 10,000 set of cod and I only have 4,000 pounds of quota, essentially your sector manager — the person that oversees this — would shut me down," says Jim Ford, whose trawler is based in Newburyport, Mass.

Not only that, Ford would be forced to "lease" cod quota allowances from other fishermen to cover his overage. The cost of such leases, he says, can quickly outweigh the value of the cod that's inadvertently caught.

"And I would pay a ridiculous price. And then you're shut down, you can't even go fishing," he says.

But instead of joining the growing number of New England fishermen hanging up their nets, Ford has worked to modify the nets themselves. This summer he joined a net-maker and scientists at Portland's Gulf of Maine Research Institute to design a trawl net that targets profitable species while avoiding cod.

"I think of the net as a cone of netting being pulled through the water and over the sea bed," says Steve Eayrs, the GMRI scientist who led the project.

Eayrs says the typical flattish trawl net has an opening height of about 6 feet. Flounder, pollock and grey sole all keep very low to the seabed, while cod typically swim a few feet above. The challenge was to design a functional net with a much smaller vertical opening — about 2 feet high.

"By reducing the height of the net and making modifications to the top panel of the net, we allowed the cod that swim above the seabed to actually swim over the top of the net," he says.

After testing the modified net in a Newfoundland simulator tank, Ford and Eayrs took it to sea for a real-world trial. For 12 days they fished using both the new net and a traditional net, and the results were good.

"We were able to avoid around half the cod, compared to a traditional net, and still retain the flatfish. And so for fishermen who are still being profitable, they are still maintaining their flatfish. They weren't losing any," Eayrs says.

"We had a good reduction in cod. And we didn't lose any on flounders. I'd say we were pretty even on the flounders," Ford says.

Why Is It So Hard To Save Gulf Of Maine Cod? They're In Hot Water

He says the ultra-low-opening trawl net also produced less drag, saving on fuel. He liked it well enough to take it out again.

GMRI is making three of the modified nets available for fishermen to try out free, an important option when nets can cost $10,000 or more.

This type of innovation has become prevalent over the past six years, as regulators have deployed a quota system that frequently changes its parameters as one species or another becomes more or less abundant.

"The Gulf of Maine is essentially a portfolio of different species," says Brett Alger, a groundfish policy analyst at the Greater Atlantic Regional Fisheries Office. "There's always going to be and always should be gear innovations, technological advances in the fishery to help support fishermen reach not only their fisheries' goals but their business goals."

In these hard times, the goals include basic survival, for fishermen and fish populations: At the Gulf of Maine Research Institute, Eayrs' next challenge is to try to help both the gulf ecosystem and its fishermen with an off-bottom trawl that will target haddock and redfish, while avoiding cod and other less abundant species.