Accessibility links
Postelection Solidarity: A Woman Cooks For Her LGBTQ Community : The Salt When people feel isolated, a home-cooked meal can be a reminder they're not alone. So one New Yorker offered to cook and deliver meals for free to LGBTQ people in her area. The idea quickly caught on.

Postelection Solidarity: A Woman Cooks For Her LGBTQ Community

Postelection Solidarity: A Woman Cooks For Her LGBTQ Community 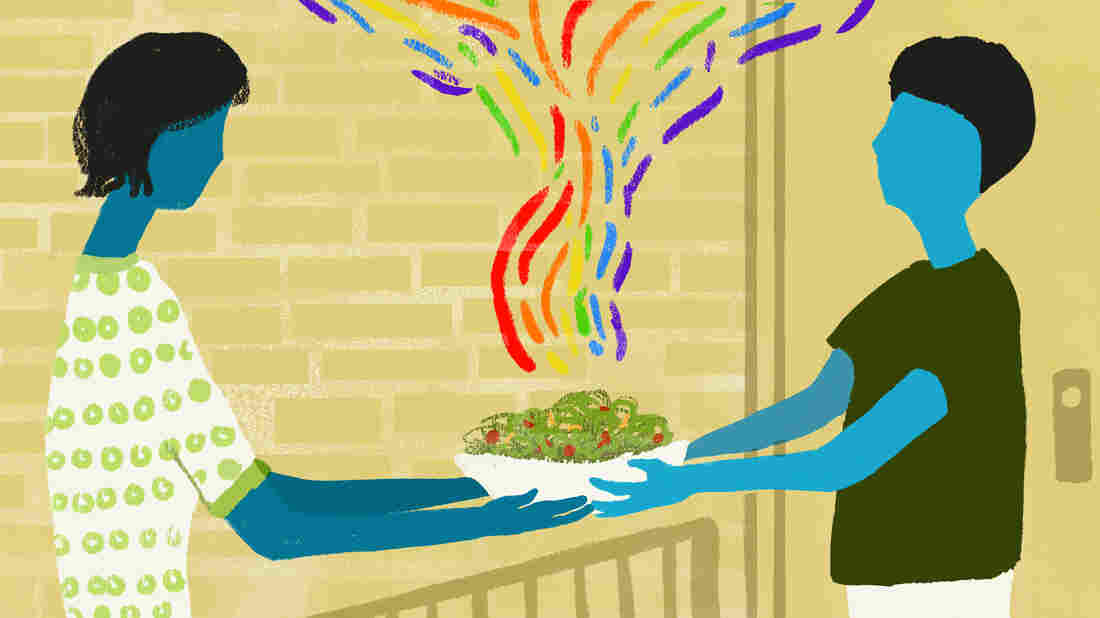 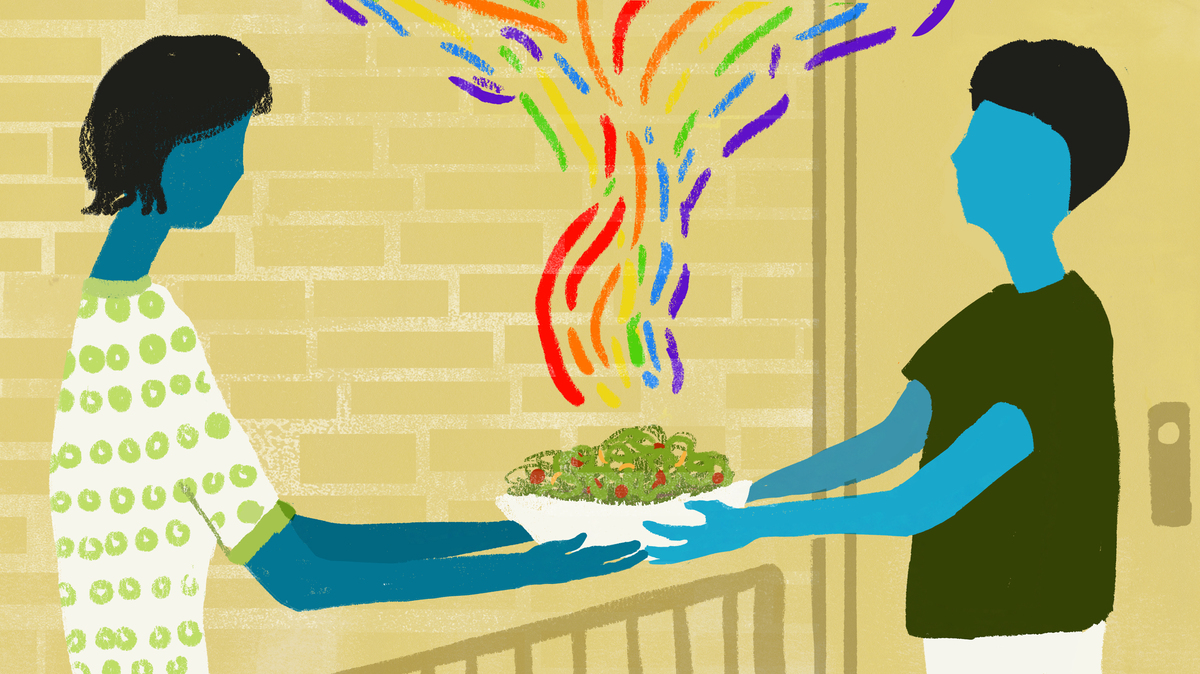 In the wake of the presidential election, many in the LGBTQ community are organizing to protect legal progress they've made in recent years. For Kirsten Adorian, a home cook and nutrition specialist living in Brooklyn, New York, the call to help her community came naturally: She wants to feed them.

"The election kind of solidified my feeling of isolation and inability to help in the ways I've wanted to," she explains to me in an interview, "because I find it hard to see myself in traditional activist communities." Now she's offering nutrient-dense meals to those in her local community who need both the food and the outreach.

Adorian works in a health food grocery that prepares and sells natural, organic food. "A lot of perfectly good food gets discarded because people don't like the way it looks," she explains.

These leftovers, the 29-year-old realized, could easily be repurposed. "I love to cook, feel passionate about nutritious eating, and have access to a lot of really good produce for free or cheap," she says. "So I figured, why not offer food to people who are having a hard time?"

Adorian posted a call to a community group on Facebook, offering to cook and deliver meals for LGBTQ-identified people at their homes in Brooklyn. Within a day, her post had hundreds of comments, likes and shares.

"I wasn't expecting the response I got," she explains. "I'm doing a few deliveries of food a week, and I'm booked for the next few months." Adorian prepares enough meals for two people for two or three lunches or dinner, then delivers them on her bike. No payment is expected: Adorian prepares and delivers this food for free.

As a native New Yorker, Adorian knows first-hand how lonely life in the city can be. "Health food feels inaccessible and daunting for a lot of working-class folks," she says. "Working as much as many people in New York do, it's hard to find time to cook. It can seem expensive to recreate the meals you might otherwise buy frozen."

"The stress of the election is hard on a lot of the queer community," she says. "So I wanted to be able to provide a very simple, low- interaction service."

For many in the LGBTQ community, isolation is a looming issue, especially around the holidays. The Pew Research Center reports, for example, that nearly 4 out of 10 lesbian, gay, bisexual and transgender adults face rejection from family because of their sexual orientation or gender identity. Members of the LGBTQ community are almost three times as likely to suffer from mental health issues, including depression and anxiety, according to the National Alliance on Mental Illness. For Adorian, reaching people through food is one way of reminding them that they are not alone.

"Food reminds people of family, especially around Thanksgiving and Christmas," Adorian states. "So I am trying to prioritize people who are estranged from loved ones or are struggling financially, or have a chronic health issue that leaves them isolated or lonely."

Adorian is a self-taught cook. In terms of production, she keeps things simple. "If something requires a gadget, I'm not likely to cook it," she jokes.

She's also a vegan, so she only serves up vegetable-based food — but she promises it can still be pleasing to the palate. "I love to have a gentle spice or tart matched with something sweet in a dish," she says. "I tend to prefer strong flavors like ginger, garlic, onions."

Cooking to please your own tastes can be challenging for anyone, and cooking for strangers can leave you feeling irresolute at best. But Kirsten says the more restrictions a person has, the more she enjoys the challenge.

"I work with people based on their dietary needs," she explains. "All of the meals are homemade, nutritious and vegetable-based, but I work with people about their allergies and personal tastes. I'm doing a low-fat and low-fiber meal for the one person who has pancreatitis. Someone else receives blood transfusions, so I'm making them an iron-heavy meal."

Right now, Adorian prepares the food alone and operates as a one-person operation. But given the response she's received on social media, this might not last for long.

"Numerous people responded to my post offering to help cook," Adorian says. "I'd love to help people with the logistics and have them partner with one or two others in their area that they can make food for."

While Adorian's operation is limited to the Brooklyn area, she feels hopeful that others will re-create her organizing efforts in their own communities.

"For me, community ideally consists of folks offering mutual aid to each other," she explains. And feeding one another is one way of doing just that.

Marissa Higgins is a writer based in Washington, D.C., where she covers LGBTQ issues, poverty and women's health.