Accessibility links
We Unravel The Science Mysteries Of Asparagus Pee : The Salt From Ben Franklin on, many have noted the distinctive smell asparagus gives urine. But most of us lack the ability to sniff out this malodorous effect, and not everyone may produce it.

We Unravel The Science Mysteries Of Asparagus Pee

We Unravel The Science Mysteries Of Asparagus Pee 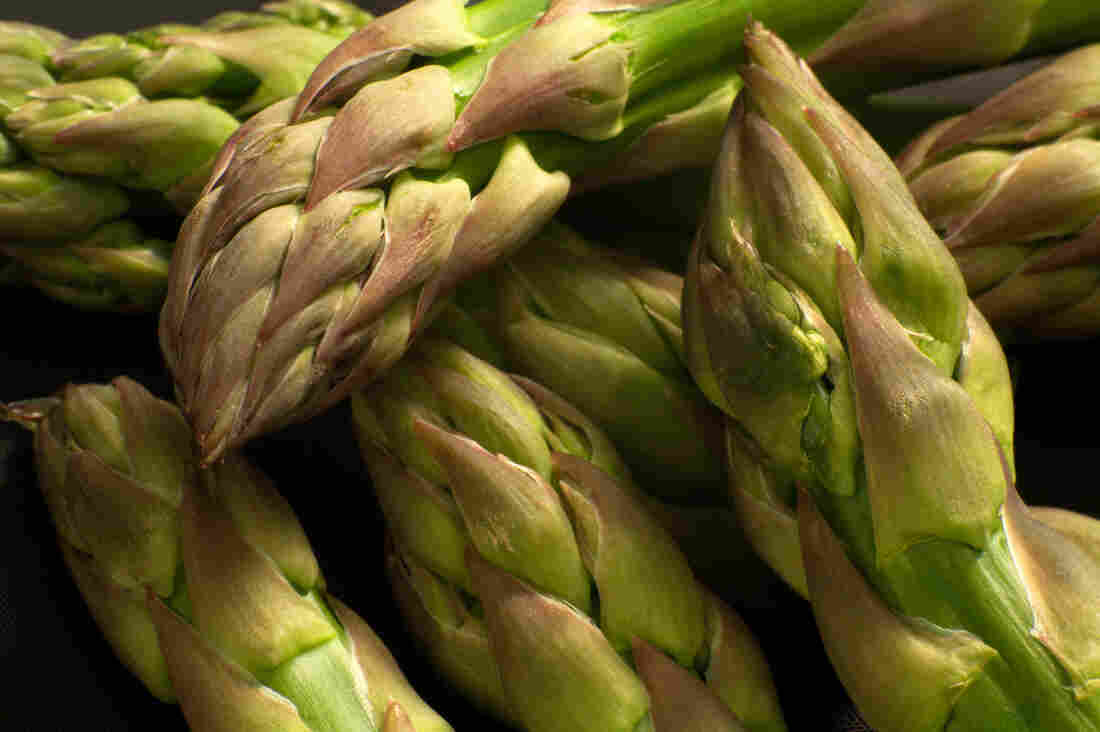 The 18th century French botanist Louis Lémery wrote that asparagus causes "a filthy and disagreeable smell in the urine, as everybody knows." Not everybody, Louis. Not everybody. Getty Images/imageBROKER RF hide caption 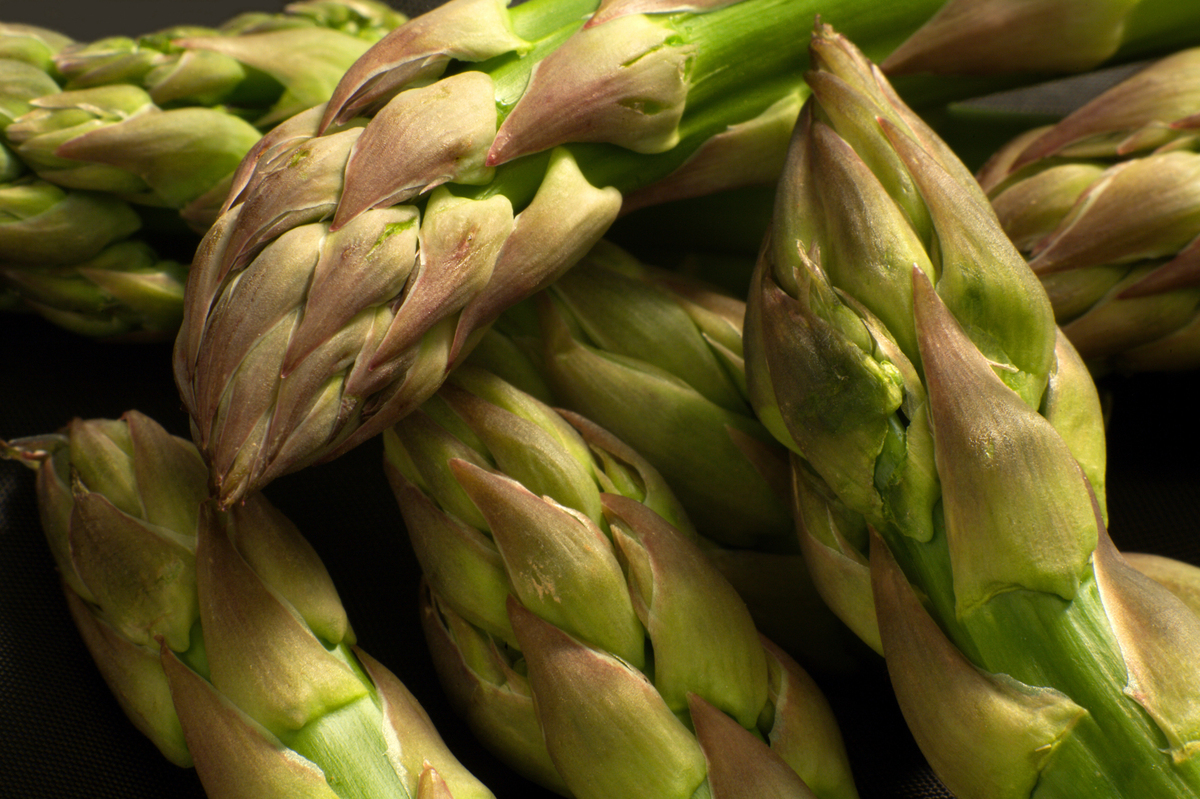 The 18th century French botanist Louis Lémery wrote that asparagus causes "a filthy and disagreeable smell in the urine, as everybody knows." Not everybody, Louis. Not everybody.

As Ben Franklin noted, some of you have "the Power of changing, by slight means, the smell of another discharge ... our water. A few stems of asparagus eaten, shall give our urine a disagreeable odour." Apparently this is so common a power that the 18th century French botanist Louis Lémery wrote that asparagus causes "a filthy and disagreeable smell in the urine, as everybody knows."

Everybody except me, anyway.

I'd never heard of this particular side effect of asparagus until I was in my 20s, and I ate plenty of asparagus growing up. The difference between people like myself and people like Lémery lies somewhere among more than 800 different genes, according to a new study that searched for genetic differences between those who claim they can and those who claim they can't smell asparagus pee.

The researchers asked nearly 7,000 participants if they could detect a distinct smell in their urine after eating asparagus. About 40 percent of them strongly agreed they could. The other 4,161 people (I imagine) were confused by the question. According to the study, published in BMJ on Tuesday, these people share some combination of at least 871 different genetic alterations that may blunt their ability to smell asparagus pee.

All of these mutations create different variations of genes that code for smell receptors, says Lorelei Mucci, an epidemiologist at Harvard University and the senior author on the study. They were all strongly associated with the inability to smell asparagus pee, but Mucci says it's hard to tell which of those 871 gene variations actually cause the insensitivity.

Three of the mutations make good culprits, however, because they change the shape of a smell receptor. "These were probably damaging, leading to a big change in the protein structure" of the receptor, Mucci says. Then again, it could also be any of the other mutations, she quickly hedges.

Even if a mutation doesn't directly affect a key protein, it could affect other, related genes. And still some other mutations that came up in the study might be completely spurious correlations with no effect whatsoever on smell. "We need to do a lot more additional work on the specific variants," Mucci says.

Can A Smell-Emitting Fork Alter How We Savor Flavor?

There are different ideas about what's actually in asparagus pee that makes it smell unique. Most scientists agree that it probably starts with asparagusic acid, a sulfur compound found only in asparagus. What comes out the other end is harder to say.

"There's still disagreement on how many or which sulfur compounds are involved," says Marcia Pelchat, a food scientist at Monell Chemical Senses Center who has studied asparagus pee and was not involved with the study.

Compounds called thiols, or mercaptans, which are powerfully odorous chemicals that smell like garlic or rotten eggs, are present and likely contribute. But nobody has yet flushed out the details on how we're metabolizing asparagus, Pelchat says.

It could be considered a blessing for those who do not smell asparagus pee. "It's amazing that for something that tastes so good like asparagus, the resulting odor is so horrible," Mucci says. "What's fascinating about it is it happens very quickly. When it does happen, it is so strong. It's unbelievable."

On the day Pelchat did her study on asparagus pee, she remembers the stench in the restroom. "It brought tears to my eyes," she says.

The smell has been likened to being something akin to rotten cabbages or, sometimes, cooked cabbages. "Maybe skunkish," Pelchat says. Then she asks me, "Can you smell skunk?" I can. "Cabbage? Brussel sprouts?" I can smell those, too. "I would think that you could [smell asparagus pee]. Even fewer than 10 stalks ought to do it," she says.

Well, challenge accepted. I try a recipe from Pelchat: broiled asparagus in olive oil and kosher salt and pepper. Eight spears and 30 minutes later, I pee into an empty yogurt container. I get a hint of something vaguely cabbage-like. Did I imagine it? I lift the cup of my pee to my face and take a deep whiff. Nothing. It didn't smell good, but not really plant-like.

A friend of mine is waiting in the living room. "Come smell my pee," I say.

"Oh yeah, I can smell it," she says. But it's different. "If I had eaten as many thick stalks as you had eaten, I would have to turn my head away because of the smell."

It's like a light plant scent, according to my friend's sister, who also smells my pee. "Maybe you are special," she says. Maybe I can detect a slight fragrance after all. I'm no longer sure, and I don't want to keep sniffing my own urine.

Snap, Crackle, Kale: The Science Of Why Veggies Spark In The Microwave

It is apparent that some people really can't smell asparagus pee. Most people can't, if Mucci's study is any indication, making Lémery's generalizations feel a little arrogant. But whether everybody actually produces the odor is somewhat controversial.

"Two big genetic studies have only come up with markers near olfactory receptors. That strongly suggests it's probably [that] everybody produces it but not everybody detects it," Pelchat says.

However, Dr. Steve Mitchell, a professor of medicine at Imperial College London who has extensively studied asparagus urine and was not involved with the study, wrote to me in an email, "I, for one, do not produce an urinary odour after eating asparagus but can smell the odour from others."

"I'm not arguing there couldn't be [non-producers]," Pelchat says. "But it's not likely to have a genetic basis." If some people don't produce the smell or produce different smells, Mitchell says it may be due to a confluence of things. Anything between the efficiency of the person's intestines to different gut bacteria involved might alter the smell of someone's urine after eating asparagus.

Why this is even a thing is "a much deeper philosophical aspect," Mitchell writes. Is there a genetic advantage or disadvantage to smelling asparagus pee that thus led to the spread of these genes?

"Do not know," Mitchell writes.

Mucci thinks being unable to detect the "after-smell" of asparagus might be useful, since the odor may discourage some people from eating this highly nutritious vegetable. "That is the case of my daughter," Pelchat tells me. "But I think my son liked to eat asparagus even more because it produces this disgusting phenomenon."