Accessibility links
The Final Days Of Hawaiian Sugar : The Salt The sugar industry in Hawaii dominated the state's economy for over a century. But it has shrunk in recent years. Now, the last of the state's sugar mills has wrapped up its final harvest.

The Final Days Of Hawaiian Sugar

The Final Days Of Hawaiian Sugar 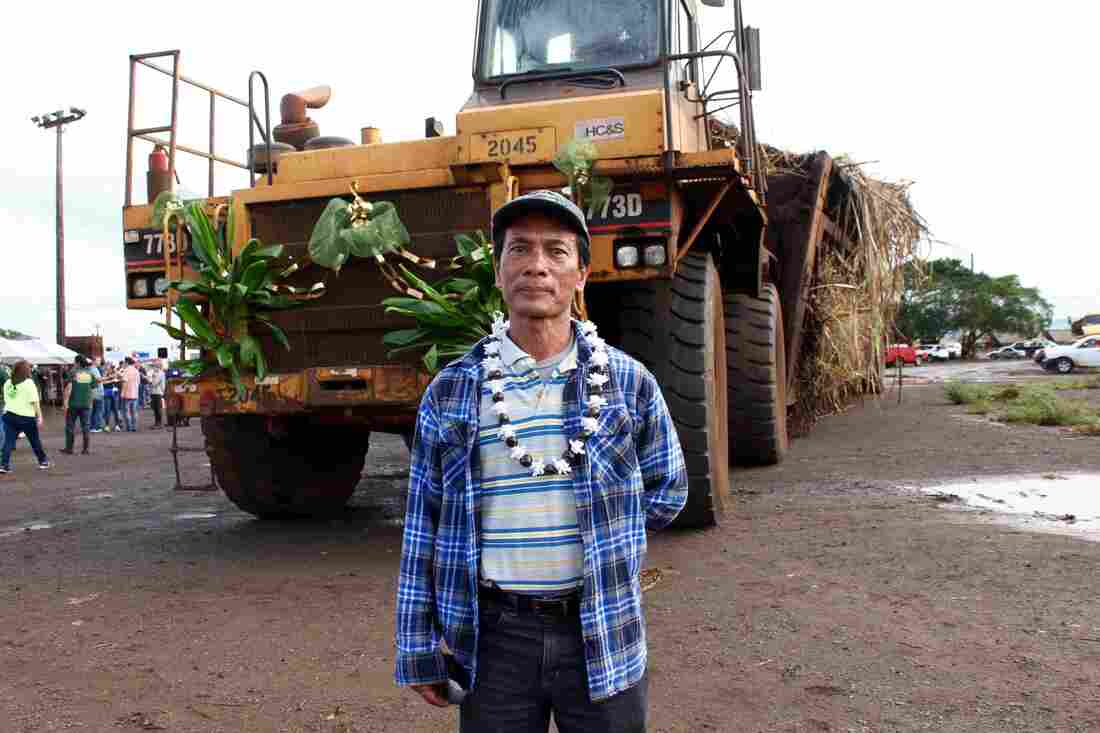 Fermin Domingo, 61, climbs up the side of a sugar cane hauler for the last time. The haul truck driver has worked at Hawaiian Commercial & Sugar (HC&S) company for the past 40 years, harvesting and hauling sugar cane to the mill. This is the last of Hawaii's sugar mills, and it too, is closing. Domingo and hundreds of other co-workers have gathered to wrap up the final harvest and say goodbye to a crop that shaped the islands.

Domingo fires up the engine and the truck slowly rumbles toward the mill, its tires churning through thick mud. It stops at the base of a conveyor belt and a giant crane hooks the final load of Maui sugar cane. Cheers break out from the hundreds of workers standing nearby. "I came here when I was 18 from the Philippines," says Domingo. "I joined the company and I started harvesting. It was fun working out there, but we're at the end and I don't know what to do later." 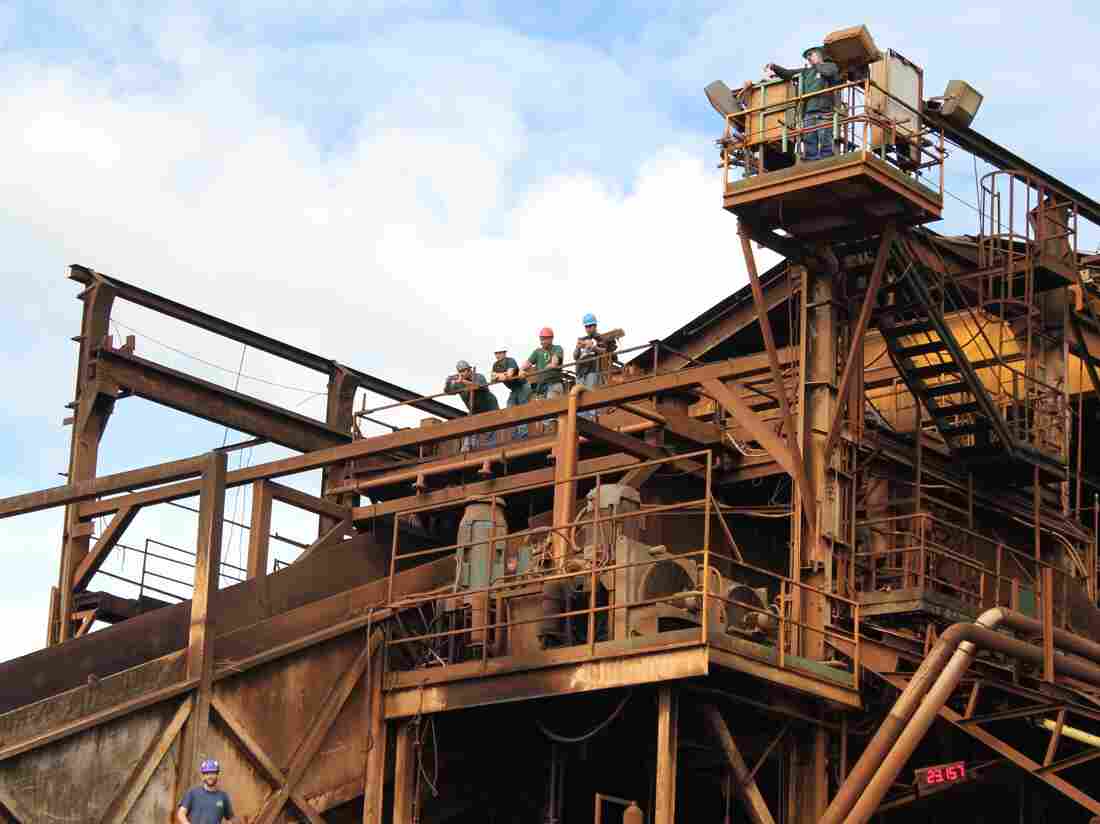 Workers at the mill look on as the last piece of the final harvest drives up to the factory to be processed. Molly Solomon/Hawaii Public Radio hide caption

For over a century, the sugar industry dominated Hawaii's economy. But that changed in recent decades as the industry struggled to keep up with the mechanization in mills on mainland U.S. That and rising labor costs have caused Hawaii's sugar mills to shut down, shrinking the industry to this one last mill.

Bill Cavilla is one of 675 workers who will lose their jobs once this operation closes by the end of the year. "It's just an emotional thing," he says. "Just realizing it's going to end."

The sugar mill started harvesting cane on Maui 145 years ago, around the time sugarcane plantations began taking over the islands' landscapes when the Civil War cut off sugar supplies from the south. Then, in the 1870s, the U.S. signed a "reciprocity treaty" with the Kingdom of Hawaii. The United States agreed to cut tariffs on Hawaiian sugar and rice, in exchange for Hawaii cutting tariffs on imported cotton and other American products.

The spread of sugarcane plantations on the islands brought immigrant labor in waves from China, Japan and the Philippines. A smaller number of people also came from Portugal, Puerto Rico, Scotland and Germany. That immigration laid the foundation for the multicultural population of today's Hawaii. 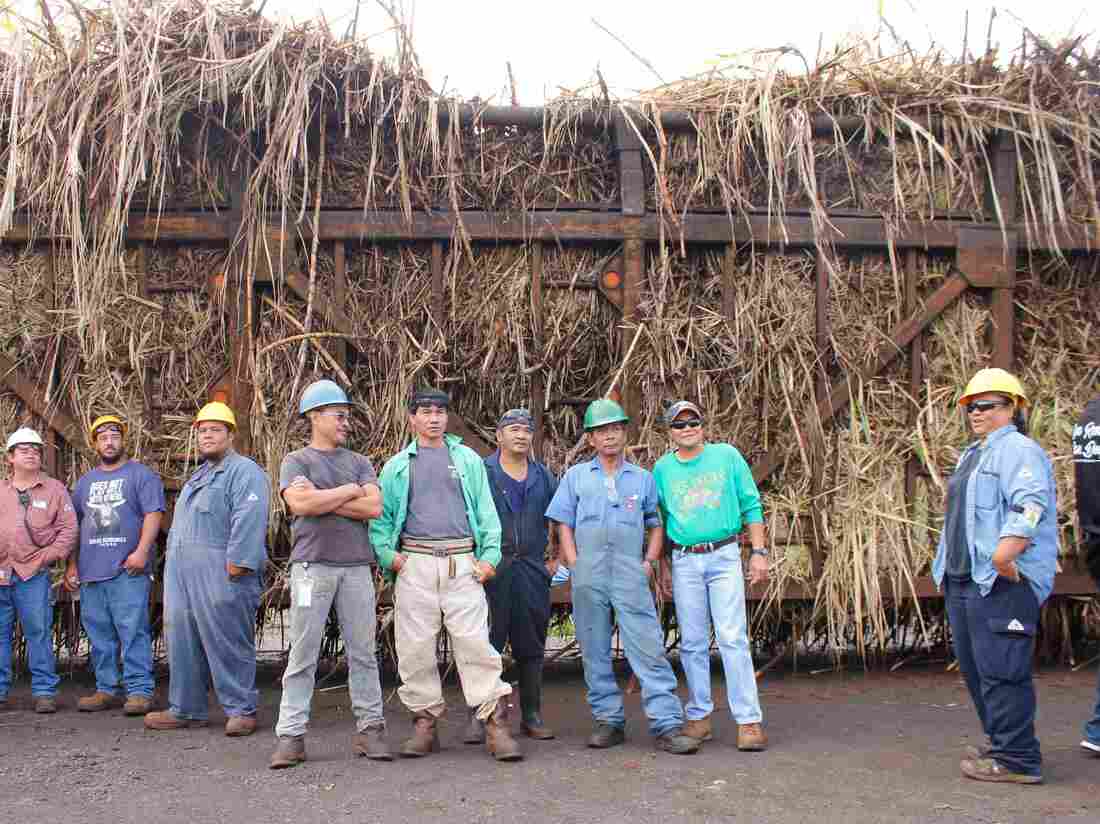 Some of the remaining workers at the mill stand in front of the last hauler truck of Hawaiian sugar cane. Molly Solomon/Hawaii Public Radio hide caption

"My grandparents emigrated from Japan to work in the plantations more than 100 years ago, like so many others," says David Ige, Governor of Hawaii, who has briefly stopped by to attend the last harvest at HC&S, along with some 500 other people.

The company has been financially struggling for decades, reporting losses of $30 million last year. Like other sugar companies, it blames the losses on rising costs from labor and transportation to land, as well as increased competition from producers such as Brazil.

The HC&S mill is owned by Alexander & Baldwin (A&B), a real estate and agricultural company in the state. Ige says the state supports A&B's plan to keep HC&S lands in agriculture. The company currently has about 140 acres of biofuel crops in the ground, as it transitions toward diversified agriculture. A&B also recently expanded its cattle pasturelands to 4,000 acres. 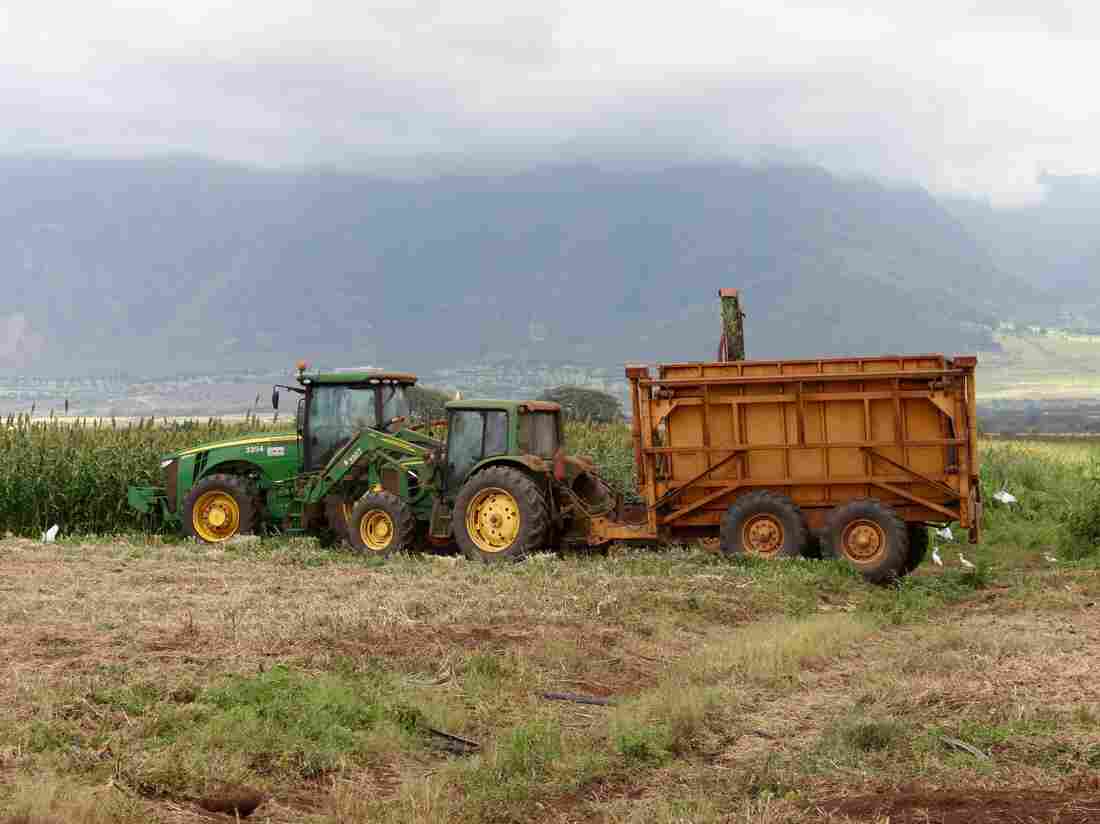 Fields of sorghum, one of the trial crops planted by Alexander & Baldwin. The company plans to replace the sugar cane acreage with diversified agriculture and cattle pasture. Molly Solomon/Hawaii Public Radio hide caption

Back at the mill, Howard Scott Pereira, a retired worker, has come by to say his final goodbyes. The 78-year-old brought his daughter Colleen who says the story of sugar is what brought her family to Hawai'i.

"Our families came when it was a territory to work the plantations," she says. "So we had to come."

The remaining workers at the mill process the last harvest, producing sugar for shipping to mainland U.S. The last shipment of sugar, a little more than 30,000 tons, is scheduled to reach Crockett, California in the coming weeks. 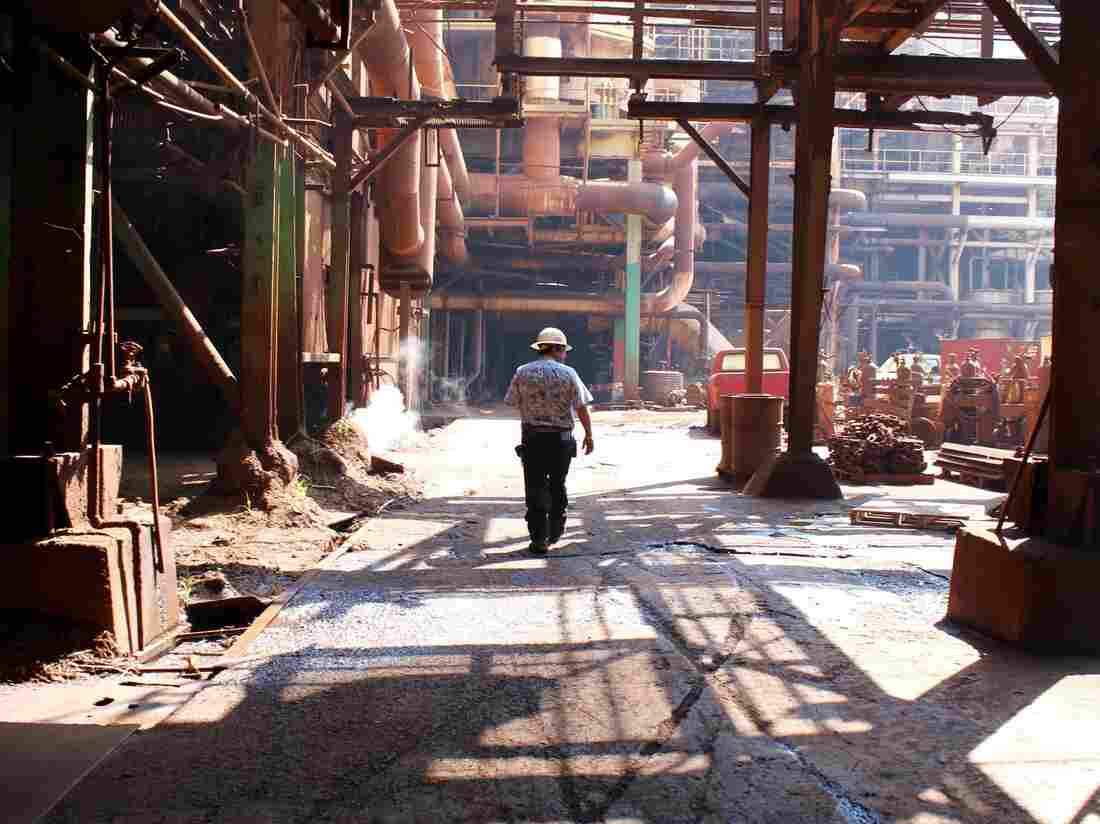 Robert Luuwai, the vice president of HC&S, walks through the sugar mill on Maui for one of the last times. Molly Solomon/Hawaii Public Radio hide caption