Accessibility links
Run, Run, Fast As You Can! We're Smashing Your House, Gingerbread Man : The Salt They've been run over with cars, exploded by fireworks, bombarded by cannons and squished under children's snow boots. But in Australia, these baked buildings are demolished for charity — and fun. 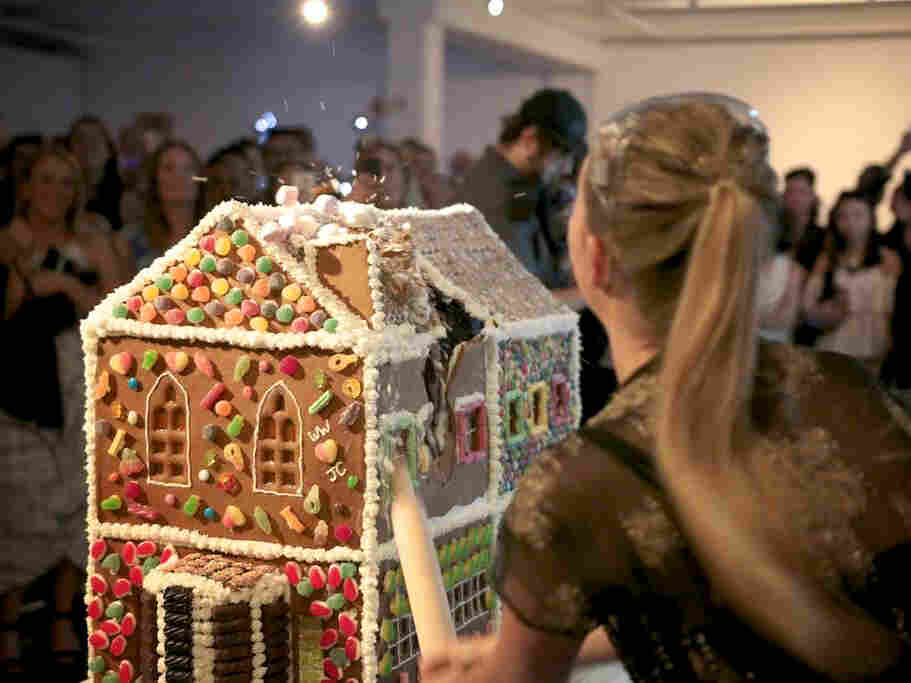 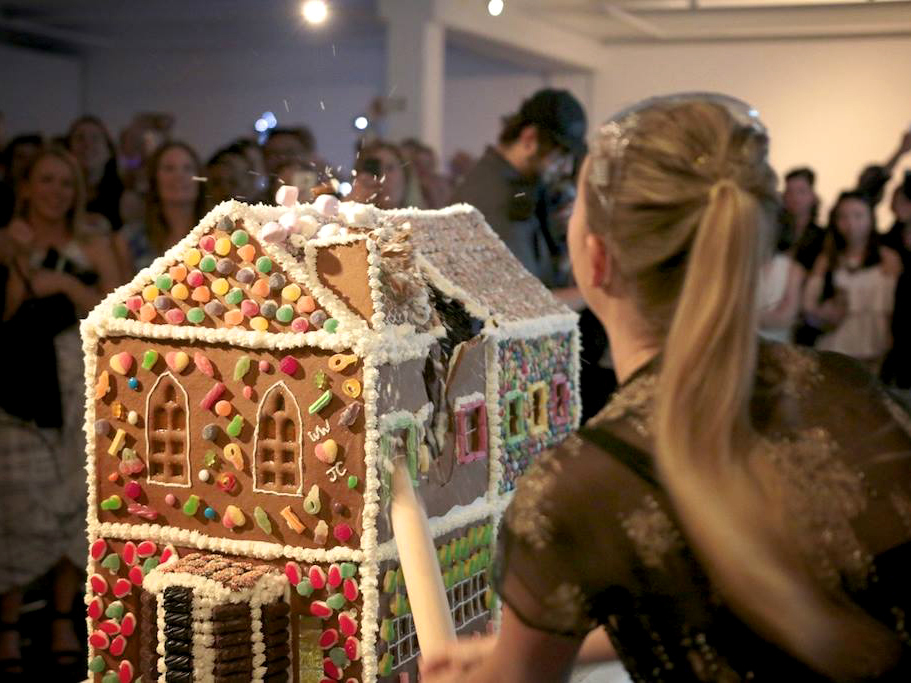 On a summer's day in December, a warehouse in Melbourne, Australia, was filled with two things — gingerbread houses and people who were willing to spend good money to smash them.

In the center, a giant gingerbread house was surrounded by the items of its impending doom: mallets, baseball bats, rolling pins, frying pans. Smaller edible homes bordered the room, waiting to be raffled for private destruction. There was even a karate chop station.

The Gingerbread Demolition started as a fun way for Jeanette Cheah (official title: chief smashing officer) and her co-demolisher, Will Wightman, to celebrate the holidays with friends. Today, they've harnessed people's destructive tendencies for the greater good — the event is a fundraiser for local charities.

After smashing the giant house, frenzied adults grab gingerbread debris and stuff it in their mouths. "We eat it all," Cheah says. "We're just letting adults unleash their inner child." 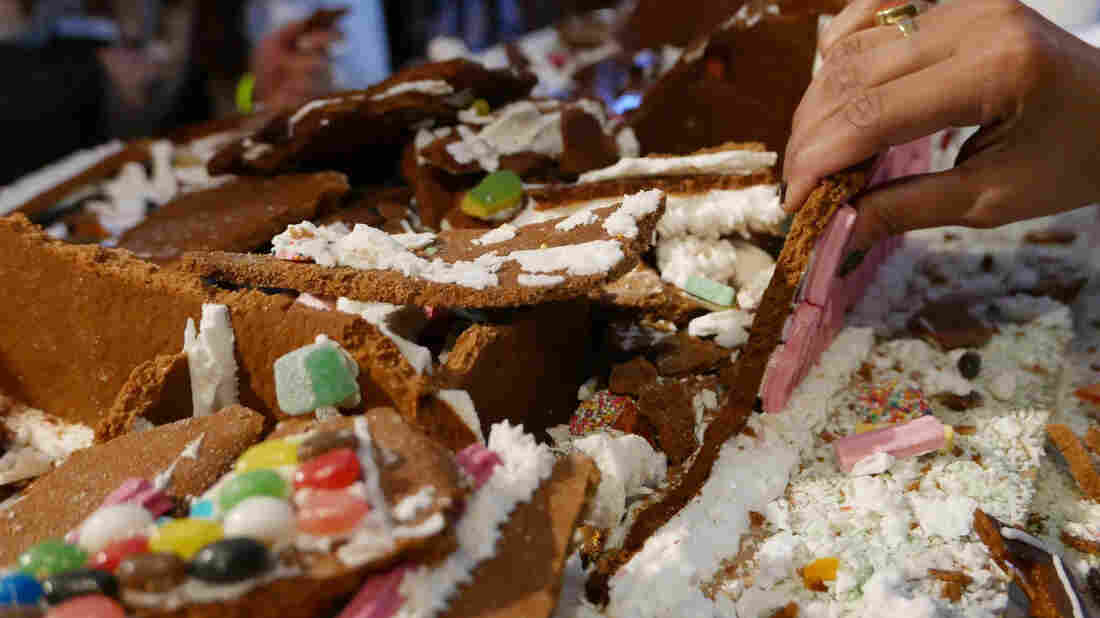 After the destruction, participants get to eat the delicious debris. Courtesy of The Gingerbread Demolition Crew hide caption 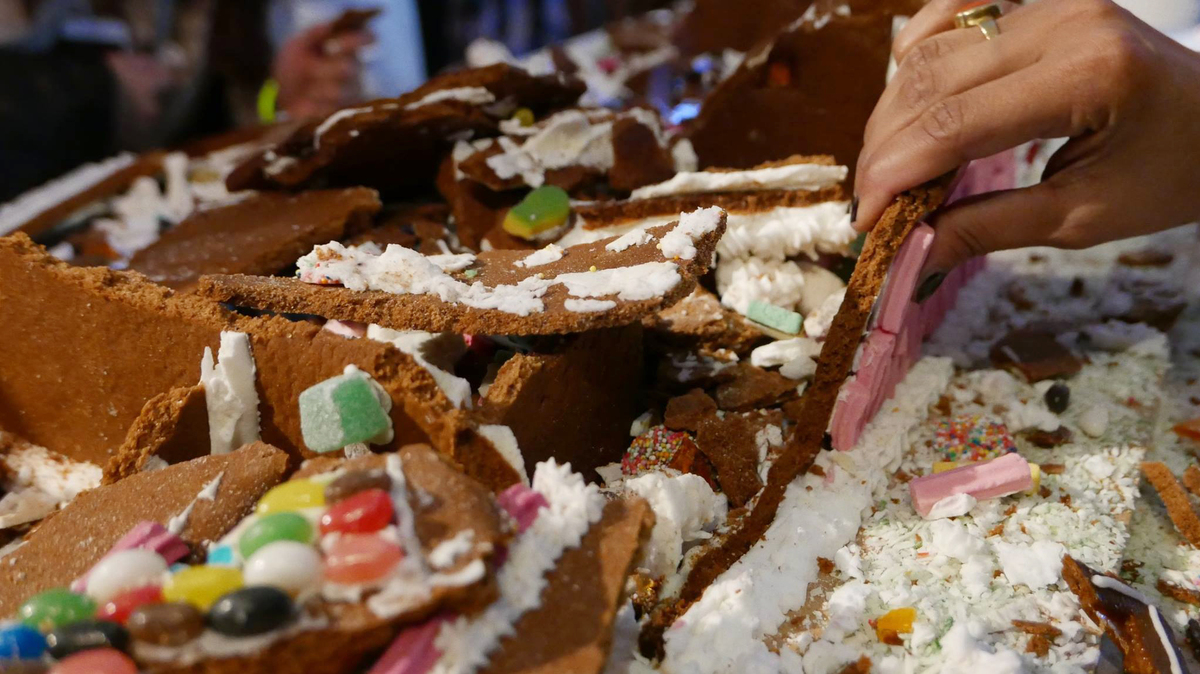 After the destruction, participants get to eat the delicious debris.

Courtesy of The Gingerbread Demolition Crew

While clobbering gingerbread for charity is uncommon, doing so for your own joyous pleasure is not. The Internet is filled with photos and videos documenting otherwise wholesome-looking families bringing these houses down with a bang. Cheah says that most of the people who relate to this pastime are Americans: "Let me show you this video of my friends blowing up a gingerbread house with dynamite in a field," they've told her.

It's a good thing there's no such thing as gingerbread house insurance. These structures have been run over with cars, exploded by fireworks, bombarded by cannons and squished under children's snow boots. Some people have made videos showing dinosaur toys devouring a home with stop-animation or a yeti carrying the house away, presumably to nibble on back in the cave.

In 2004, a Craigslist post from a man in the Bay Area was popular enough to be included in the site's "best of" section. In it, he described his dream: "to see an enormous herd of goats gobble up a gingerbread house."

People have turned this calamitous activity into a creative exercise: How about creating a hollow gingerbread structure with a chimney, so that when you set its insides ablaze it looks like a cozy, crackling fireplace gone terribly wrong?

Mannerly people quietly tip the weeks-old edible structures into the trash when the holidays are finished (trashing hundreds of calories in the process); others choose to proudly express their inner Grinch.

Gingerbread demolishing has become a touching underground tradition for some families. On New Year's Eve, they gather together and destroy their creation as a team. Some have called it a way to symbolically clear the slate before the New Year. Others call it like it is: fun.

When thinking up a way to tear down your gingerbread house, just remember to keep safety and local laws in mind. In 2012, a Maryland man was charged with reckless endangerment and possession of illegal fireworks after putting them inside a gingerbread house on his front porch.

As for those who aren't sure they can bring themselves to destroy the houses, Gingerbread Demolition's website provides some common sense: "You're a unique snowflake, so we'll leave this ethical dilemma in your hands."