Accessibility links
A Detroit Urban Farm Preserves Black History In Jam Form : The Salt Urban farms have flourished in the city's vacant lots. Two nonprofits are using their harvest for a line of jams honoring the history and old family recipes of the local African-American community. 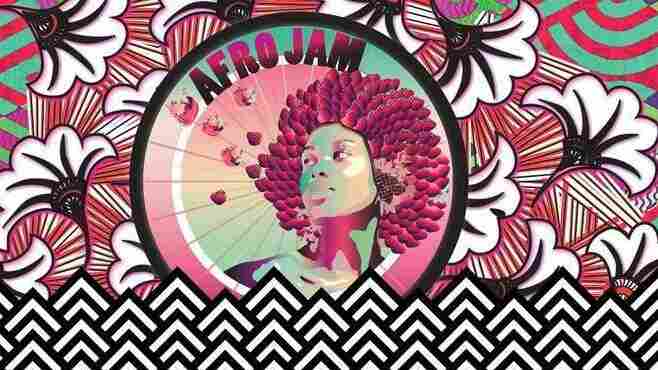 On the north side of Detroit, a community farm teamed up with a local arts and culture nonprofit to put its summer harvest to best use â while also honoring the legacy of the city's black families. Their answer: Afro Jam, a line of preserves based on old family recipes. Martina Guzman for NPR hide caption 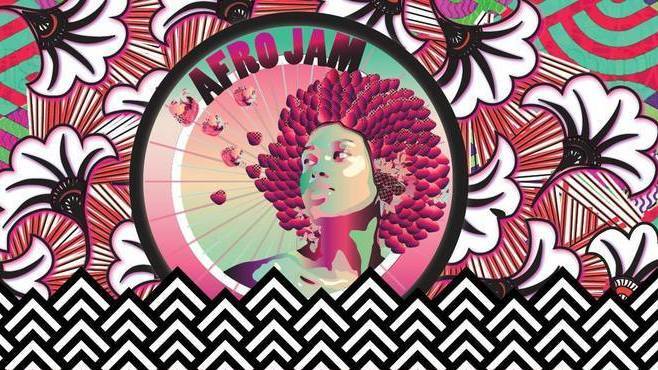 On the north side of Detroit, a community farm teamed up with a local arts and culture nonprofit to put its summer harvest to best use â while also honoring the legacy of the city's black families. Their answer: Afro Jam, a line of preserves based on old family recipes.

In the kitchen at Oakland Avenue Urban Farm, just north of downtown Detroit, Linda Carter and Shawnetta Hudson are in the final stages of making their newest jam creation: cranberry-apple preserves. Carter is meticulously wiping down tables while Hudson seals the lids on jars. Then comes the logo — a beautiful graphic of a black woman with afro hair made of strawberries. The kitchen is small and basic, but for the past year it has served as the hub of a community-based product called Afro Jam.

"The name Afro Jam and the logo are empowering, independent and strong," Carter says. "That's what we want our community to be."

Carter, the food safety manager at the farm, recruited Hudson from the local community to help her keep up with making and selling the product. Strawberry, peach and blueberry are Afro Jam's best sellers.

"Strawberry jam, that's my thing," says Hudson. "And when Linda and I work together, we're on point at all times."

Staying "on point" is a goal of Carter's. The jam venture has to be profitable. So in the past year the small group of about a half-dozen women, rotating volunteers and three paid employees has made an aggressive push to sell the spreads at summer festivals and farmers markets.

Afro-Jam is a product of One Mile, a neighborhood arts and culture organization, and Oakland Avenue Urban Farm, a nonprofit dedicated to cultivating healthy local food sources for the surrounding community. The farm is a project of Northend Christian Community Development Corporation — both are managed by Jerry Hebron. It has a vegetable garden and an apple orchard. Hebron also oversees a weekly farmers market in the summer.

Roughly 83 percent of Detroit's population is black, an aftereffect of white flight that began in the 1950s. As the people left Detroit, so did the supermarkets — especially in poorer, blacker neighborhoods.

Fresh fruits and vegetables became much harder to come by for many city residents. As a result, gardens started popping up in Detroit, which currently has roughly 1,500 urban farms. Some are large and operate at an industrial scale; others are single lots that have been turned into vegetable gardens for a few families.

The idea for Afro Jam was born out of a need to generate revenue year round while also keeping the community involved, says Hebron. "The community is at the root of everything we do," she says.

So Hebron began spreading the word at the farmers market: They wanted to start a new line of jams using old family recipes. Recipes for making preserves poured in – including some that had been handed down for generations.

Constance King, 67, heard the call and was excited to share her mother's recipe with the folks from Afro Jam.

"My mother brought her jam recipe [from the South] with her — it belonged to her mother and to her mother's mother," King says. "I felt proud about being able to share that recipe. It's a beautiful way of keeping my mother alive."

A lifelong resident of Detroit, King loves the city's rich African-American history. Making biscuits and jam, she says, was part of the Southern black experience – they've been a staple at the Southern supper table since at least the mid-18th century.

"This [growing fruits and vegetables] is a good idea, it's something we can do with all of this empty land," King says. "Our neighborhood used to be full of families — there was not a vacant block. There were hardware stores, delis and grocery stores. It was a Jewish/Black community."

King's family is originally from Georgia but moved to Detroit in the 1940s during the Great Migration, when millions of African-Americans left their homes in the rural South in search of better jobs and an escape from harsh segregationist laws.

Hebron says that among black Detroiters, the tradition of making homemade jams has largely fallen by the wayside in the modern era.

In the fall of 2015, the ladies of the farm set out to make their first batch of jam. Some of the recipes they received took days to make and weren't practical for production.

Carter and Hebron settled on strawberry jam as their first batch, which took several days and four people to make. "We bonded over making jam, laughing and sharing old family stories," Hebron says.

"Gathering is what it's all about," Carter says. "There is nothing greater than bringing people together over food."

Proceeds from the jam venture go to Northend Christian CDC, a nonprofit that's aimed at revitalizing Detroit's North End historic district, where One Mile and Oakland Avenue Urban Farm are based.

For Hebron, Carter and the rest of the women who make Afro Jam, this is a way to preserve the legacy of Detroit's black families.

"It's one of the most amazing projects I've ever worked on," Hebron says.

Martina Guzman is a journalist based in Detroit. She's currently the race and justice journalism fellow at the Damon J. Keith Center for Civil Rights at Wayne State University.