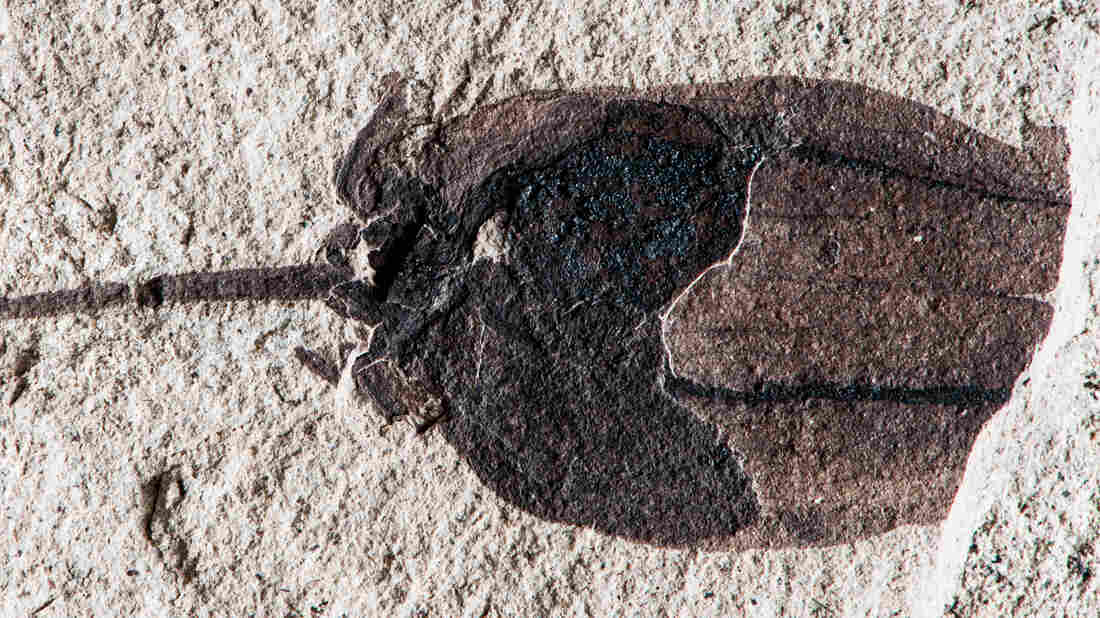 This 52-million-year-old fossilized tomatillo was found in Patagonia, Argentina, shedding light on the origin of nightshade plants. In this specimen, the slender stalk is preserved, and the former papery and lobed husk is broken at top to reveal the large, fleshy berry underneath — now turned to coal. Peter Wilf, Penn State University hide caption 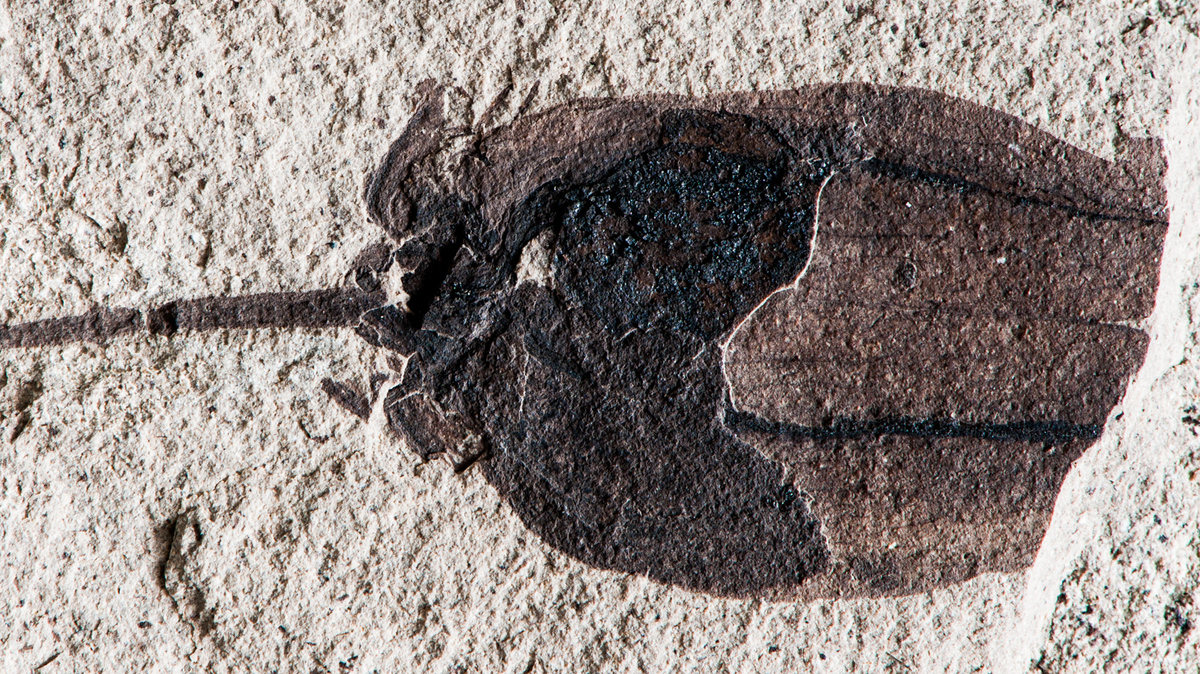 This 52-million-year-old fossilized tomatillo was found in Patagonia, Argentina, shedding light on the origin of nightshade plants. In this specimen, the slender stalk is preserved, and the former papery and lobed husk is broken at top to reveal the large, fleshy berry underneath — now turned to coal.

The nightshade family has some of the most economically important and useful crops on Earth. That includes, of course, deadly nightshade or belladonna, which produces the medicine atropine, as well as potatoes, tomatoes, chili and bell peppers, tobacco and eggplant.

Scientists thought the family came into existence about 40 million years ago based on genetic evidence from living plants and the fossil record, says Richard Olmstead, an evolutionary biologist at the University of Washington. But the discovery of two new nightshade fossils pushes the age of the family back considerably further.

The fossils are imprints of ancient tomatillos about the size of a pen cap. The tomatillo's papery husk is left behind as a network of fragile black lines on a slab of white rock. Based on atomic age dating, the fossils are about 52 million years old, at least a dozen million years older than when scientists thought the first nightshade plant emerged on Earth, says Peter Wilf, a paleobotanist at Penn State University and the lead author of a new paper published in Science. 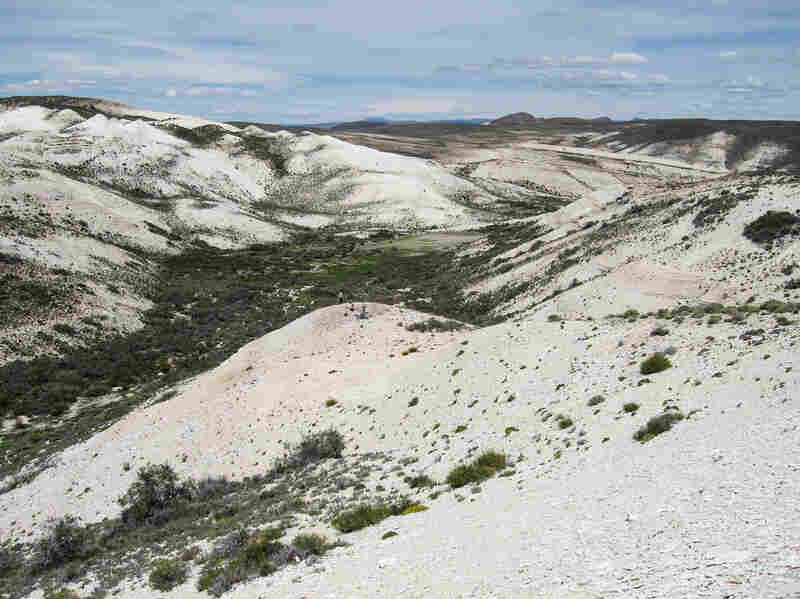 Wilf and his team found the fossils in the Patagonia region of Argentina, at a site that was once an ancient lake bed. "The plants that generated these fossils were alive in a temperate rain forest next to a volcano," he says. "When it finally snapped together [that] we were looking at a fossil tomatillo, it was quite shocking. It was disbelief. It was joy coupled with disbelief."

That the fossils were once tomatillos — think the tomato's green, tangy cousin — and the time the plant lived are both critical to understanding the nightshades' evolution, Wilf says. For one, tomatillos evolved relatively late compared to other nightshades. "So the great grandfather of the tomato and the tomatillo, the ancestor of all the nightshades, must be older than 52 million years. A lot older," he says. Maybe as far back as the age of the dinosaurs, Wilf thinks. 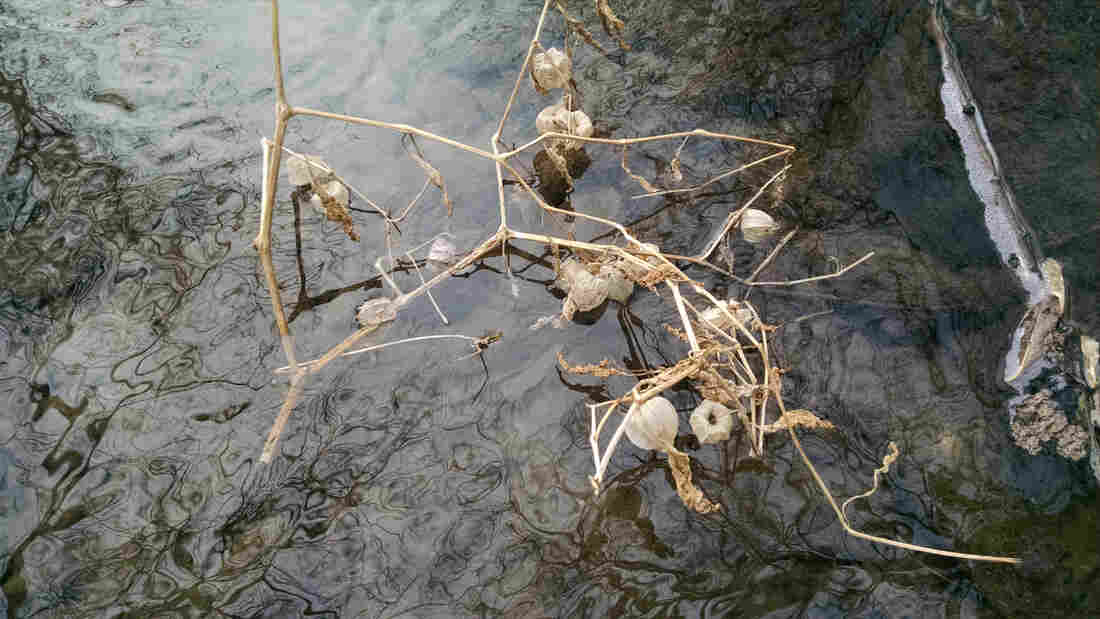 Nightshade fruits on a stream in Pennsylvania. The fossilized tomatillo likely floated from shore and sank in a deep lake in Patagonia 52 million years ago. Peter Wilf, Penn State University hide caption

At the start of the geologic epoch when these particular plants lived, warm, tropical climates covered Earth from the equator to the poles. Antarctica was forested and still connected to South America and Australia in a supercontinent called Gondwana. But 52 million years ago, that was about to change. Gondwana would break up, and Earth was cooling into the ice-capped planet we know today. The species name Wilf and his crew gave the tomatillo fossils, infinemundi or "at the end of the world," is a reference to that changing Earth.

"It's a nod to the modern and ancient location," Wilf says. "It's at the edge of Argentina, so the end of the world that way. And it's at the end of this time in Earth history." 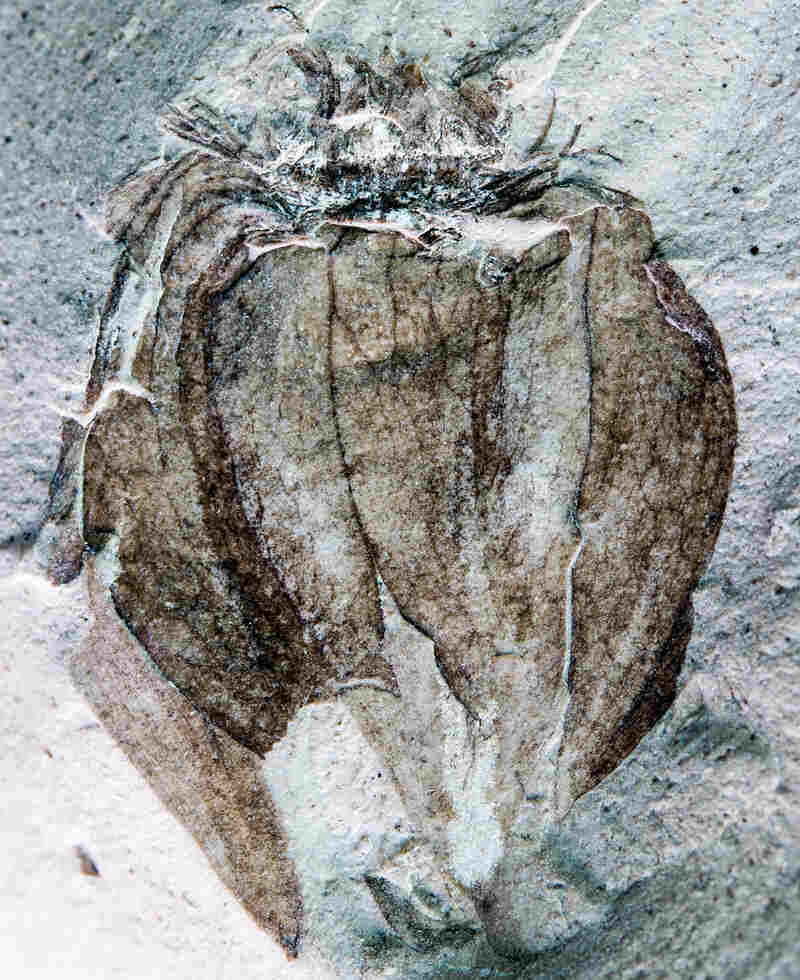 Two connections to the evolution of nightshades and this time period can become more apparent now. Organisms stuck in cooling regions of Earth had to adapt and evolve into new species that could tolerate the change, Olmstead says. "The contraction of warm tropical climates spanning the Earth left behind lineages that adapted to the cooler climates." Then about 25 million years ago, the Andes Mountains began rising quickly, creating many new habitats in the nightshade's native South America.

The discovery of the fossil tomatillos means nightshades had to live through all of these change in the last 50 million years. "That's absolutely true! The plants [are] evolving into diverse habitats that co-exist at the same time," Olmstead says. They're the right conditions for a family of plants to split into hundreds or thousands of new species that need to create new adaptations to their new homes.

And nightshades, it seems, thrived. There are the delicious array of foods in the family that we know, as well as other useful plants like petunias and Datura stramonium or jimsonweed, which produces a hallucinogenic fruit. In total, nightshades now have over 2,400 extant species.