Accessibility links
Organic Chickens Get More Room To Roam : The Salt New rules for organic farming will require farmers to give chickens more pasture. Some of the biggest organic egg producers will have to change their practices, or stop calling their eggs organic. 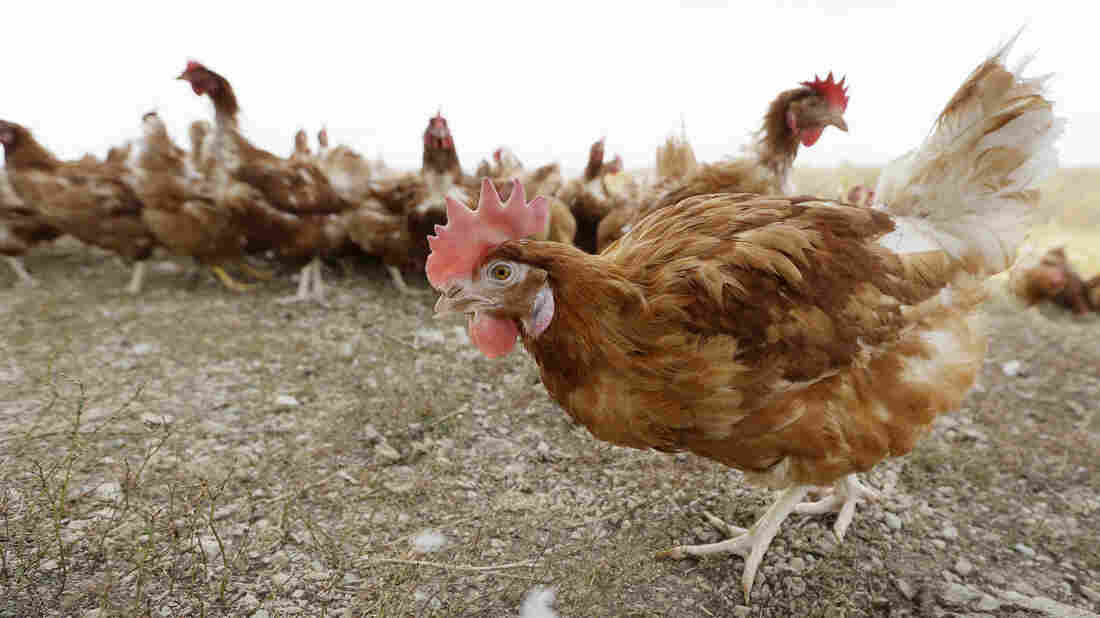 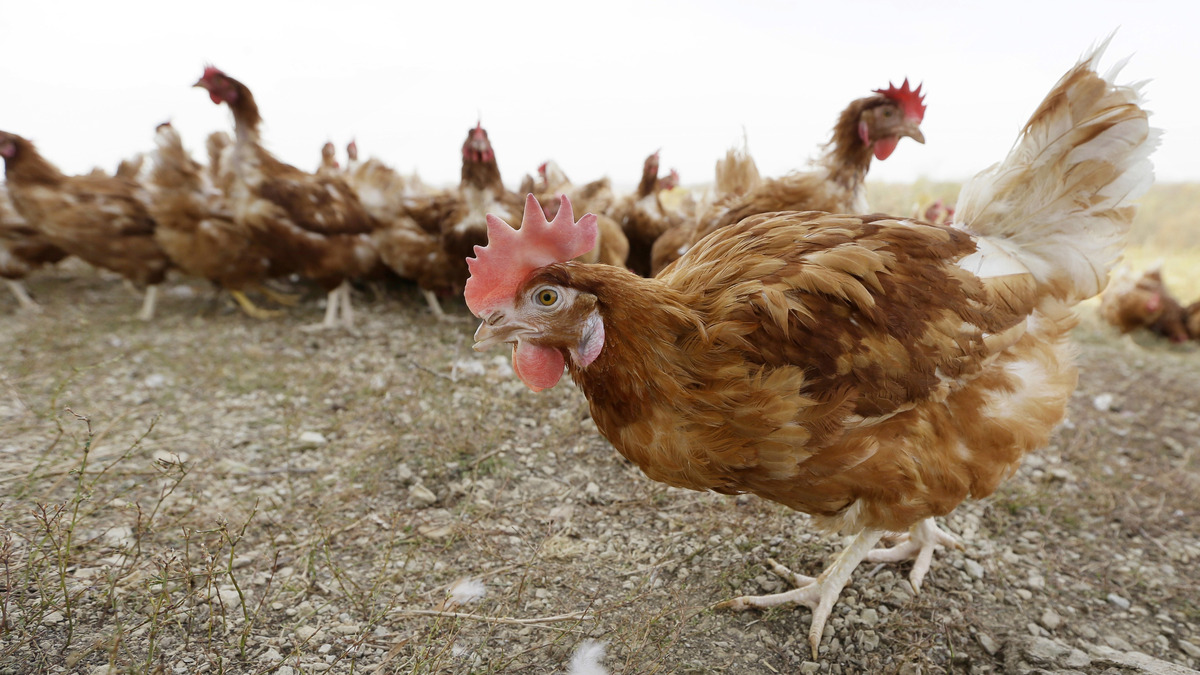 Cage-free chickens walk in a fenced pasture at an organic farm near Waukon, Iowa.

It took years of heated debate, but the federal government has finally decided just how much living space an organic chicken should have.

It's part of a new set of rules that cover many aspects of animal welfare in the organic food industry. But the biggest impact of the rule will be felt in the organic egg industry.

Organic egg producers always were required to let their hens go outside. But the organic rules didn't define exactly how much space the animals needed. So some organic egg producers built large chicken houses, containing tens of thousands of hens, while allowing those hens access only to a small enclosed porch, rather than pasture.

Organic activists, such as the Cornucopia Institute, have accused those large-scale organic egg producers of violating the spirit of the organic rules, and called on the USDA to crack down on them.

According to the new rules, farmers must provide at least one square foot of outdoor space for each 2.25 pounds of poultry in their flock. According to Jesse Laflamme, CEO of Pete and Gerry's Organic Eggs, that translates to about two square feet per egg-laying hen, or about an acre for a flock of 20,000.

Elanor Starmer, who's in charge of the USDA's Agriculture Marketing Service Administrator, which runs the National Organic Program, said in a telephone call with reporters that ""this rule will level the playing field and provide clarity to the industry." Laflamme, who also participated in the call, said that the rule also will help small-scale farmers survive in the industry. "This is an issue of concentrated organic production versus distributed organic production," he said.

According to a survey of organic egg producers that the USDA cited in its rule, about a quarter of all organic egg production currently comes from farms that don't meet the new standard. But the USDA is allowing them a lengthy transition period to adapt. According to the new rule they'll have up to five years to change their operations, building new houses or creating more pasture for their hens, if they want to keep selling certified organic eggs.

The Organic Trade Association, which represents many of the largest organic food companies, praised the new rule, calling it "not only welcome but essential" in order to strengthen consumer confidence in the organic label.

But the rule also met some harsh criticism.

The Cornucopia Institute, in a statement, called the rule "(way) too little and (way) too late." According to Mark Kastel, Cornucopia's senior farm policy analyst, two square feet per hen is "woefully inadequate" and is far less than organically raised hens in Europe get.

On the other side of the debate, the National Pork Producers Council condemned the new rule as an "unnecessary, unscientific midnight regulation." Dave Warner, a spokesman for the pork producers, wrote in an email to The Salt that the new rule doesn't affect many pork producers directly, because little pork is raised organically, but"we oppose the rule on principle and because it sets a bad precedent."

According to the NPPC, the National Organic Program has no authority to issue animal welfare regulations, because animal welfare is outside the scope of the law that established the organic program in the first place. In a statement, NPPC president John Weber said that "this is precisely the type of executive branch overreach that Congress will reign in through regulatory reform."