Accessibility links
For The First Time, U.S. Wins Elite Bocuse D'Or Culinary Competition : The Salt The competition pits 24 chefs against each other and is billed as the "most demanding and prestigious reward in world gastronomy," started by legendary French chef Paul Bocuse. 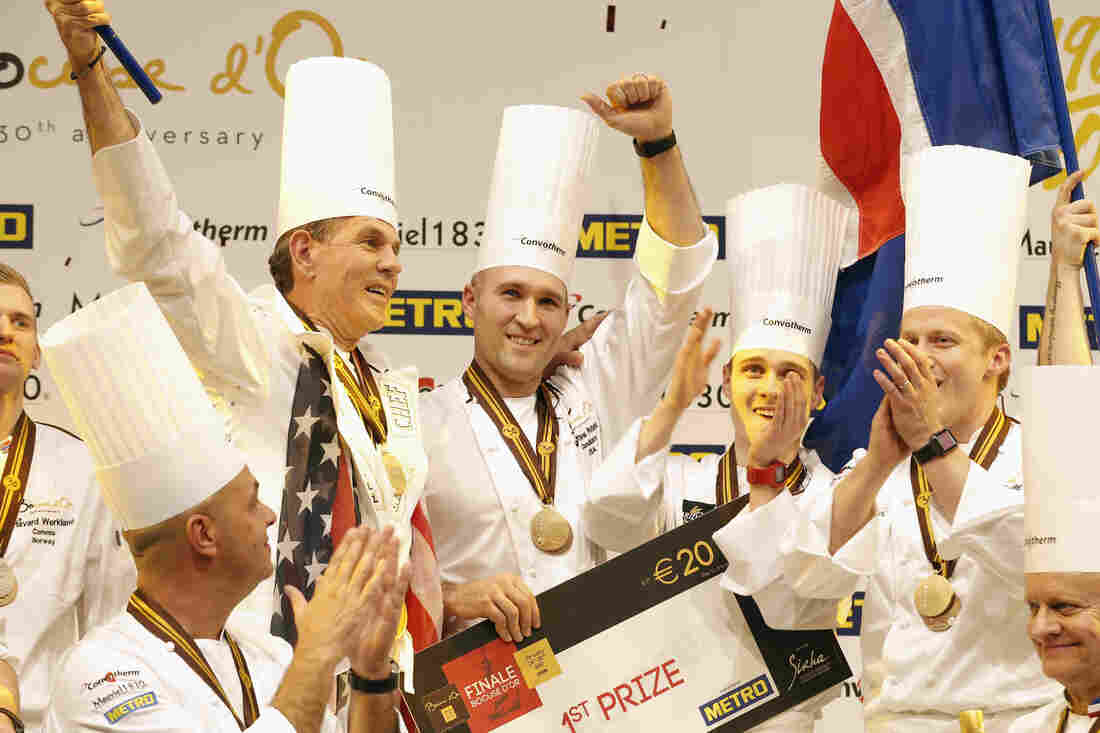 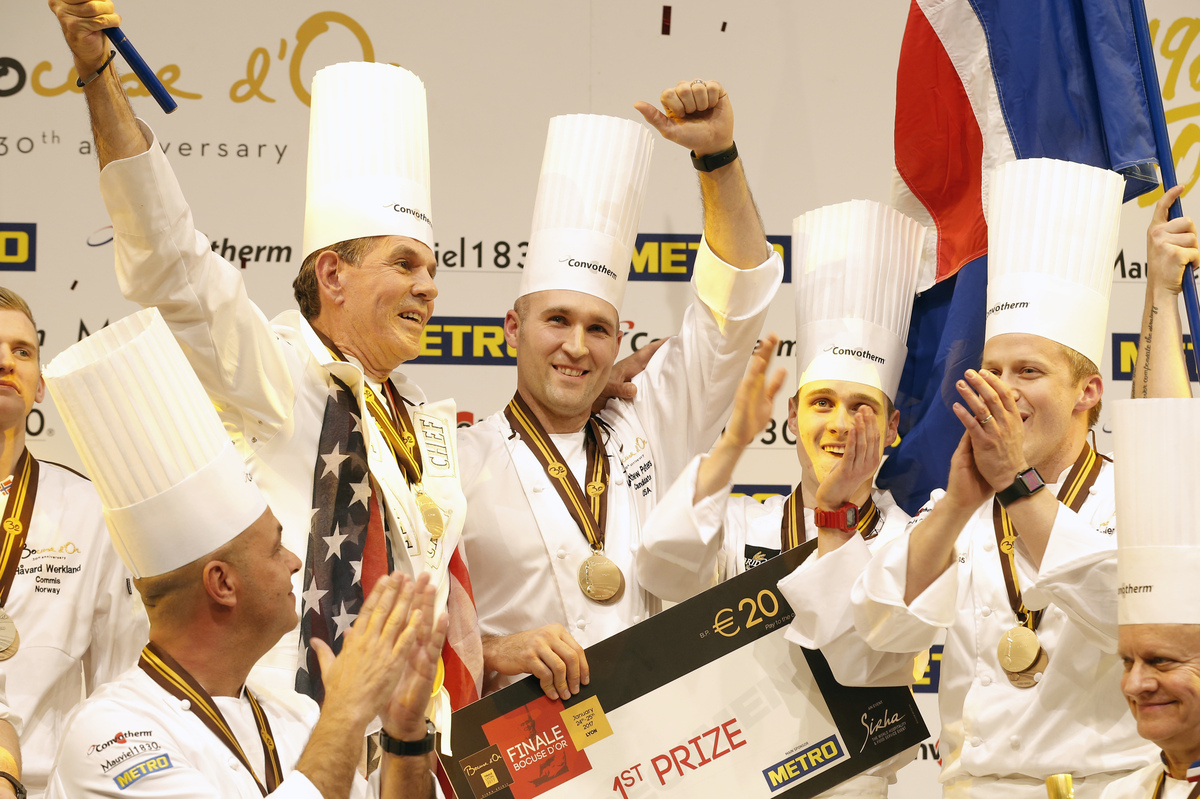 U.S. chef Mathew Peters (center), celebrates on the podium with teammates after winning the "Bocuse d'Or" trophy, in Lyon.

For the first time, a U.S. team walked away with top honors at the prestigious Bocuse d'Or chef competition, seen as the Olympics of cooking.

The competition pits 24 chefs against each other and is billed as the "most demanding and prestigious reward in world gastronomy," started by legendary French chef Paul Bocuse. The U.S. has long been an underdog: It has only stood on the podium once before, when it took silver in 2015.

Chefs prepare for months for the strenuous competition, which held its grand finale in Lyon, France, on Tuesday and Wednesday. Before they even get there, they must first prove their mettle over 18 months of qualifying rounds.

The finale was comprised of two "highly symbolic tests," which the chefs must complete in 5 hours and 35 minutes. The first test, described as a nod to the past, called for contestants to prepare a "modern interpretation" of the classic Lyonnaise dish "chicken and crayfish." This dish was the theme of the first-ever contest, held in 1987.

This is what the U.S. team prepared, according to The New York Times:

The chefs were also tasked with creating an entirely vegan dish — because the Bocuse d'Or is "a resolutely modern contest." A press release from the competition explains that "it is now time to treat vegetal products as main ingredients in their own right and treat them just like fish or meat."

For this component, the U.S. team made "California asparagus with cremini mushrooms, potatoes, a custard made of green almonds, Meyer lemon confit, a Bordelaise sauce and a crumble using an almond and vegetable yeast preparation that mimicked Parmesan cheese," the Times reports.

"The inspiration for the dishes came from where I've come from: from New York to California," Peters told Fine Dining Lovers after the team's win. "I wanted to bring something that was all American. And that's what we did."

Peters, a veteran of renowned restaurants Per Se and The French Laundry, has been rigorously preparing for the competition. He told The Daily Beast that for some 12 hours a day, five days a week, he "has cooked an unchanging roster of dishes over and over again."

The win also holds deep significance for esteemed chef Thomas Keller, the team's president. "There are no words to describe how proud we are," Keller told Fine Dining Lovers. "When we started this almost nine years ago, we promised Monsieur Paul [Bocuse] that we would get gold. I'm really, really proud today that we're able to honor him."