Accessibility links
Save The Monkeys, Save The Trees, Sell The Chocolate : The Salt An enterprise-minded ecologist from England is helping endangered brown-headed spider monkeys in Ecuador by connecting their preservation to high-end chocolate.

Save The Monkeys, Save The Trees, Sell The Chocolate

Save The Monkeys, Save The Trees, Sell The Chocolate 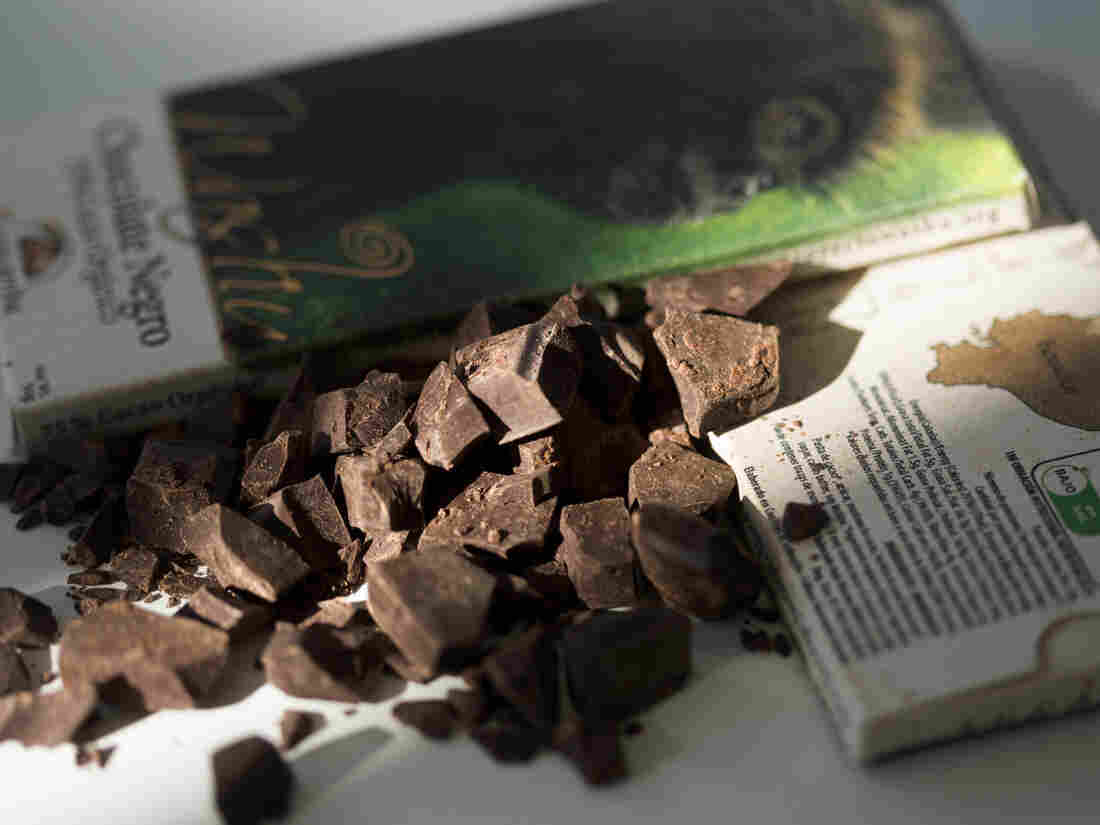 Washu chocolate is made from cacao arriba, a sought-after variety of cacao harvested in Ecuador. Ryan Eskalis/NPR hide caption 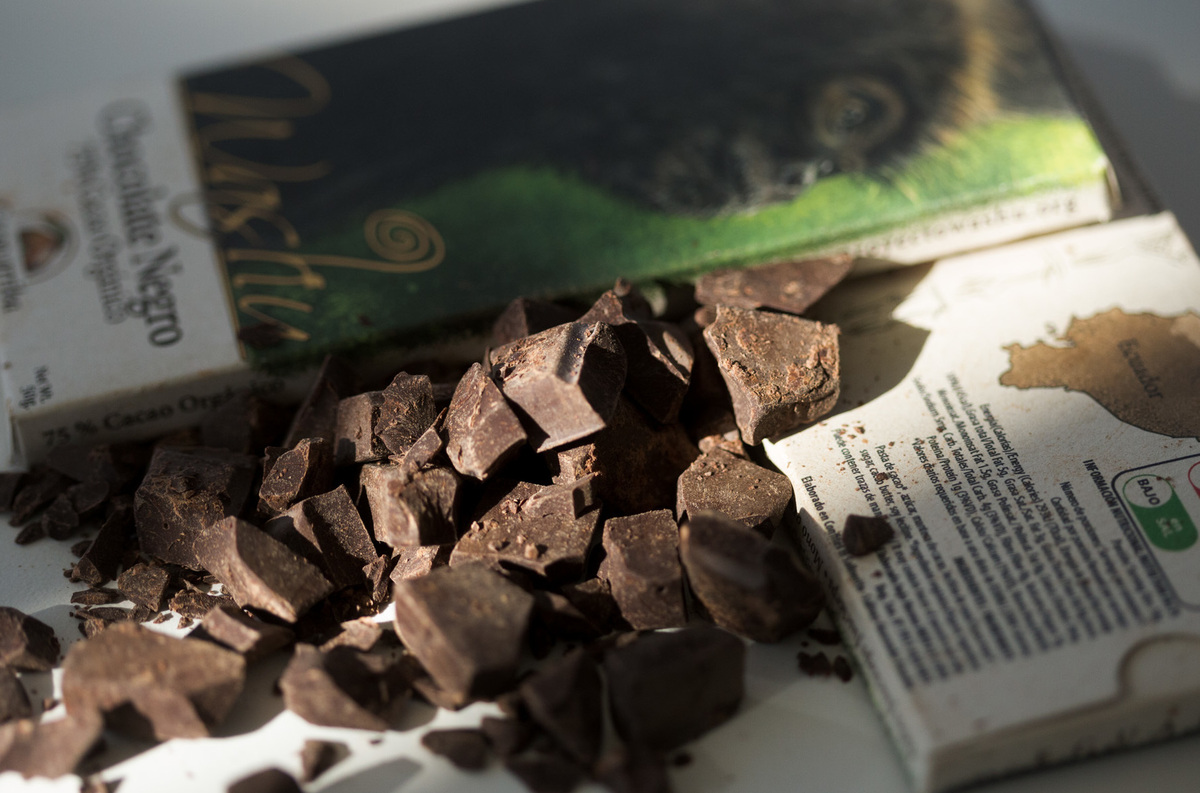 Washu chocolate is made from cacao arriba, a sought-after variety of cacao harvested in Ecuador.

Mika Peck, a conservation ecologist at England's University of Sussex, was frustrated. He'd been researching and publishing papers for years on the near-extinction of the Ecuadoran brown-headed spider monkey, and not much was happening to change the primate's extremely threatened status.

Not much, that is, until he started connecting the monkeys to gourmet chocolate.

Both monkeys and cacao flourish in the Chocóan rain forests of northwestern Ecuador (el Chocó)­, part of a rain forest network that runs along the Pacific Coast, from Panama to Peru. El Chocó is home to about two-thirds of the brown-headed spider monkey population, but that population is dwindling. The environmental group Rainforest Trust estimates that there are only about 250 brown-headed spider monkeys left on the planet, making them among the most endangered primates ever recorded.

That's because locals in this remote region, trying to earn a living over the past few decades, cut down the trees for lumber that the spider monkeys relied on for shelter and food. And subsistence farmers routinely cut wide swaths through the forest to plant cacao. The monkeys, who live most of their lives in the high canopy of the rain forest, became more vulnerable to predators, including humans, who hunt these fruit-eaters for their meat.

Most of the people living in and around the Washu region of el Chocó subsist on cacao farming. "Their main product is chocolate," Peck says. "You can't believe how hard they work and how much they get for it. That's the biggest reason they clear the rain forest."

What they got for it, at least back in 2005, when Peck and his colleagues launched a primate research network in the region, was actually very little. Although the cacao they grew was the sought-after arriba variety, a unique floral-smelling bean grown only in Ecuador, it was mixed with cacao of poorer quality and eventually turned into what we might politely call industrial chocolate. (We're talking the stuff of cheap Halloween and Easter candy.) 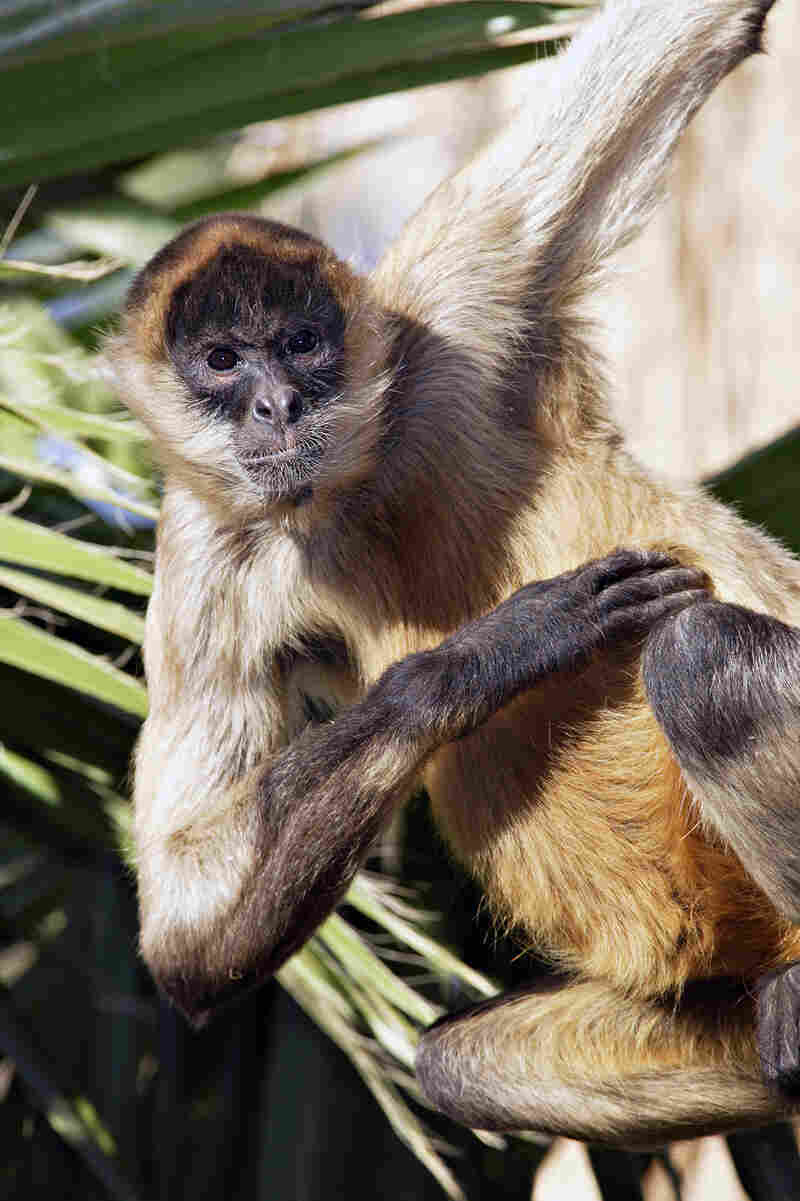 Brown-headed spider monkeys have long, narrow limbs and a prehensile tail that is used as a fifth limb. They are found in the rainforests of Central and South America, including Ecuador. Craig K. Lorenz/Science Source hide caption 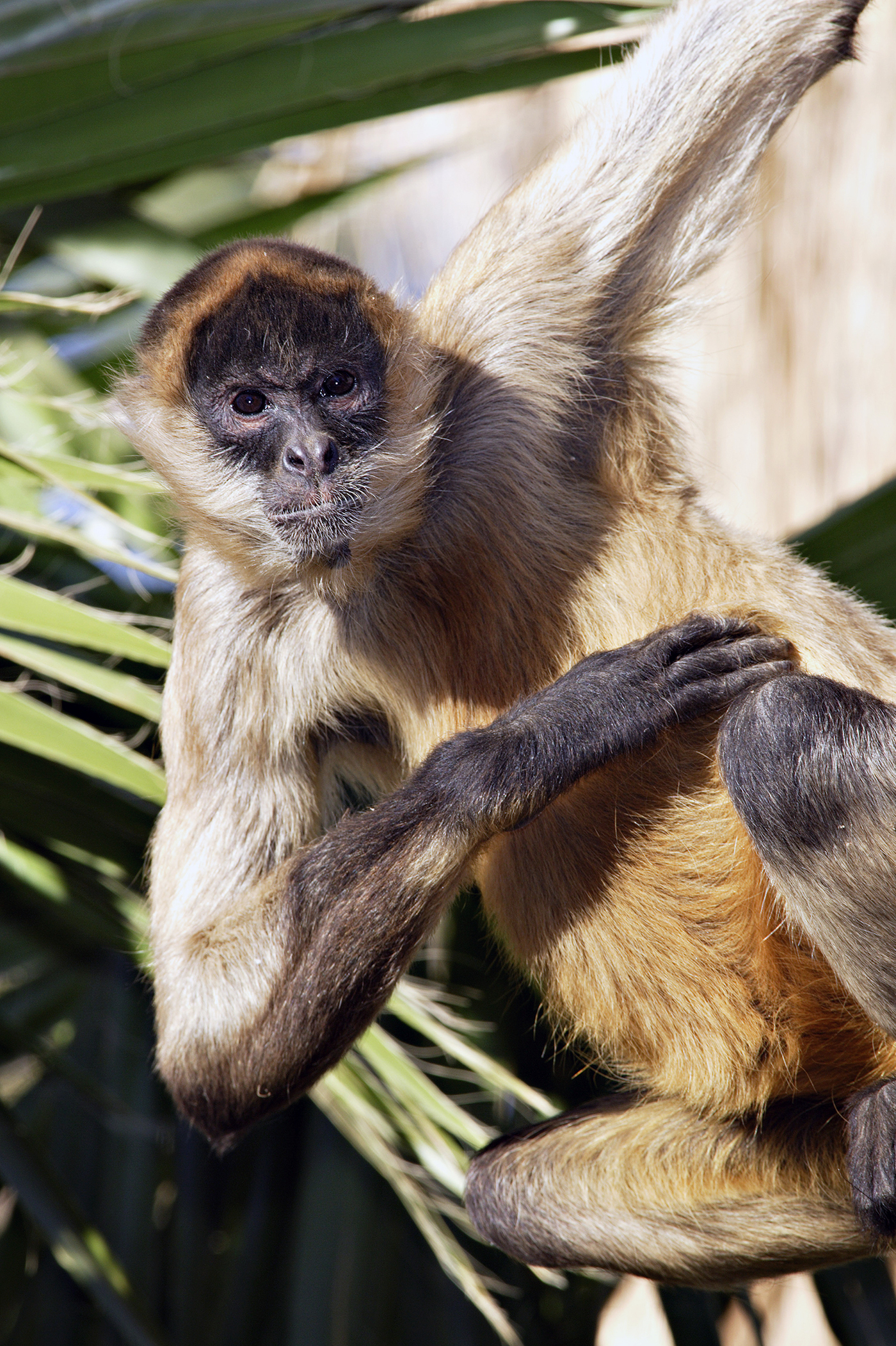 Brown-headed spider monkeys have long, narrow limbs and a prehensile tail that is used as a fifth limb. They are found in the rainforests of Central and South America, including Ecuador.

Peck realized he needed to convince the farmers to stop cutting down the trees to save what was left of the spider monkeys. "The deal was, 'Don't chop down the forest and we'll give you a better price and ecologically minded buyers for your chocolate,'" Peck recalls.

After some serious chocolate-farming research, Peck found Samuel von Rutte, a Swiss native who moved to Ecuador decades ago to become a cacao farmer. Von Rutte runs a cacao farm in Quevedo, in central Ecuador, and is renowned for his expertise in drying and fermenting cacao. After evaluating the Washu chocolate, he realized it could be developed into high-quality product. And if better farming practices were adopted, the chocolate could be marketed to more environmentally minded buyers. Von Rutte led training sessions for the family cacao farmers in the Washu region and bought some of the first beans, Peck says.

As Von Rutte was helping cacao farmers get better prices for their beans, Peck and his colleagues were working to increase interest in conservation, training local parabiologists (field researchers without advanced degrees trained to collect data) and running education programs.

For both farmers and monkeys, it's starting to pay off. A small group of farmers working with Peck's Proyecto Washu conservation team produced about five tons of cacao last year, says Peck's colleague, Nathaly Sylvana Urbina Bermudez, a native of Colombia. The farmers used to get about $1 per kilo, but now they are guaranteed $3.50 per kilo for the next three years, thanks to a deal between the conservation group and the French fair-trade chocolatier Bouga CacaO. Bouga takes the semi-finished chocolate and turns it into fine chocolate products.

NPR was able to get some of the 75 percent organic chocolate negro (dark organic chocolate) produced by Peck's conservation group. It sells for about $3 a bar and its packaging features an artist's rendering of the brown-headed spider monkey. The chocolate has a clean, mildly floral bite, with a slightly bitter aftertaste. A couple of squares would make a good after-dinner treat. It's not yet easy to buy, but the team is working on that, Peck says.

Meanwhile, the change in the Washu region is real. Whereas the farmers used to talk only of the poor price they received, they now swap success stories.

"They're kind of becoming experts in cacao. They have conversations about their quality. ... They used to do it just to live," says Urbina, who has lived and worked in the region for the past two years. "Now they can teach and they are experimenting," she adds.

Peck and his colleagues established a conservation lab in an area called the Tesoro Escondido Spider Monkey Reserve. As of this past June, the reserve had purchased 1,100 hectares of forest to preserve. Thanks to data from animal cams they have set up around the area and drones monitoring the farms, the scientists are optimistic about the monkeys' future.

"The chocolate is high quality," Peck says. "And its sale would support the conservation work of the Washu Project, once they have established a more solid commercial link for sales."

The team may even venture into emerging markets for its chocolate.

"There is not a shade-grown component as yet, but that is something we would like to trial," says Peck.

Shade-grown cacao is a radically different operation. It can yield less cacao than from open fields, so it can be a tough sell to farmers. But it is more resilient to drastic weather conditions — the shade retains moisture and reduces weeds. And it leaves more trees standing for monkeys, birds and other animals, according to a 2012 study in Conservation Letters, a journal of the Society for Conservation Biology. Perhaps most important to farmers, shade-grown cacao may also fetch a higher price.

There are other benefits to raising awareness about the connection between human and monkey habitats. As the rain forest sustains the primates, the primates also sustain the forest, Peck says.

Spider monkeys in particular are important seed-spreaders in lowland forests like the Chocó. A study published this summer in the International Journal of Tropical Biology and Conservation looked at two different rain forest areas and found evidence suggesting that an area with more primates has richer and denser saplings.

"Maintaining intact wildlife populations, with special emphasis on primates due to their vulnerability and wide-ranging movements, appears to be necessary to maintain plant diversity in these forests," the study says.

Saving the monkeys, preserving the rain forest, and securing a good price for high-quality, eco-friendly chocolate? That seems like a recipe for a sweet victory.