Accessibility links
As California's Organic Farming Pioneers Age, A Younger Generation Steps In : The Salt The pioneers of organic farming are starting to retire. While some are passing on their farms to family to preserve their legacy, others are getting help finding like-minded strangers. 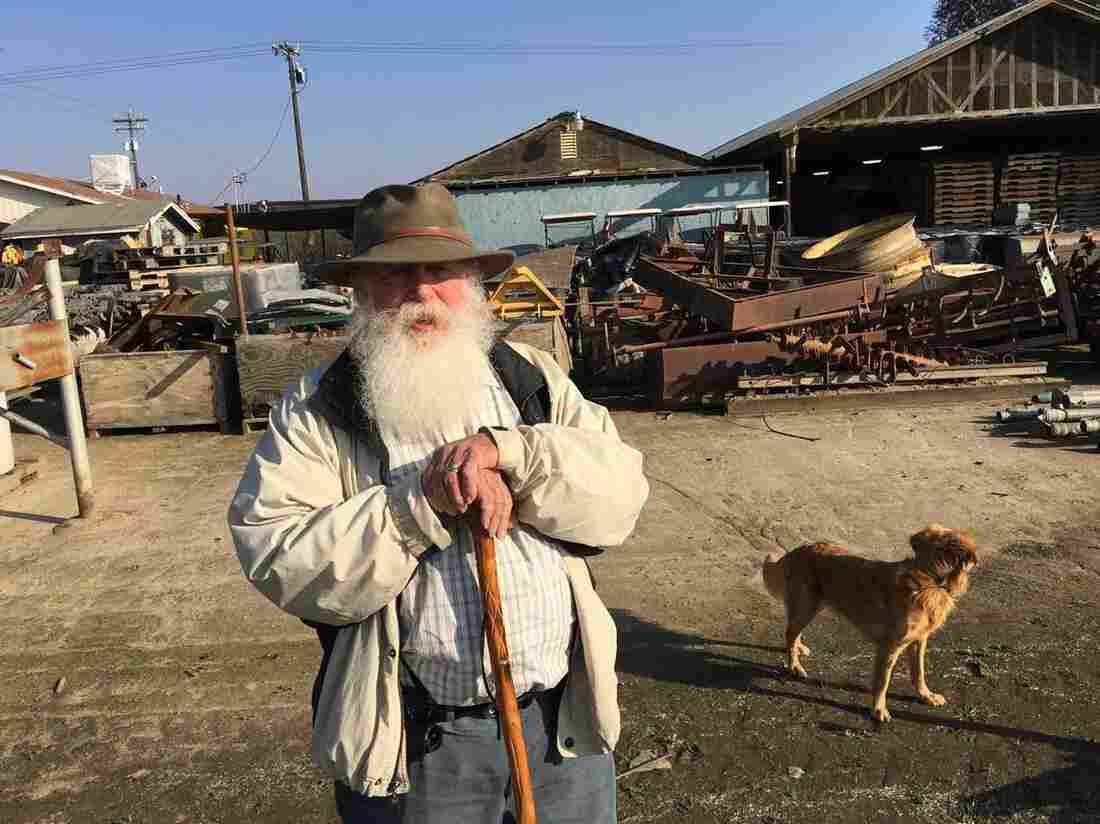 Tom Willey has farmed for decades in California's Central Valley. His farm, T&D Willey Farms, is in the process of being taken over by Food Commons Fresno. Willey plans to still help, advise and mentor. Ezra David Romero/Valley Public Radio hide caption 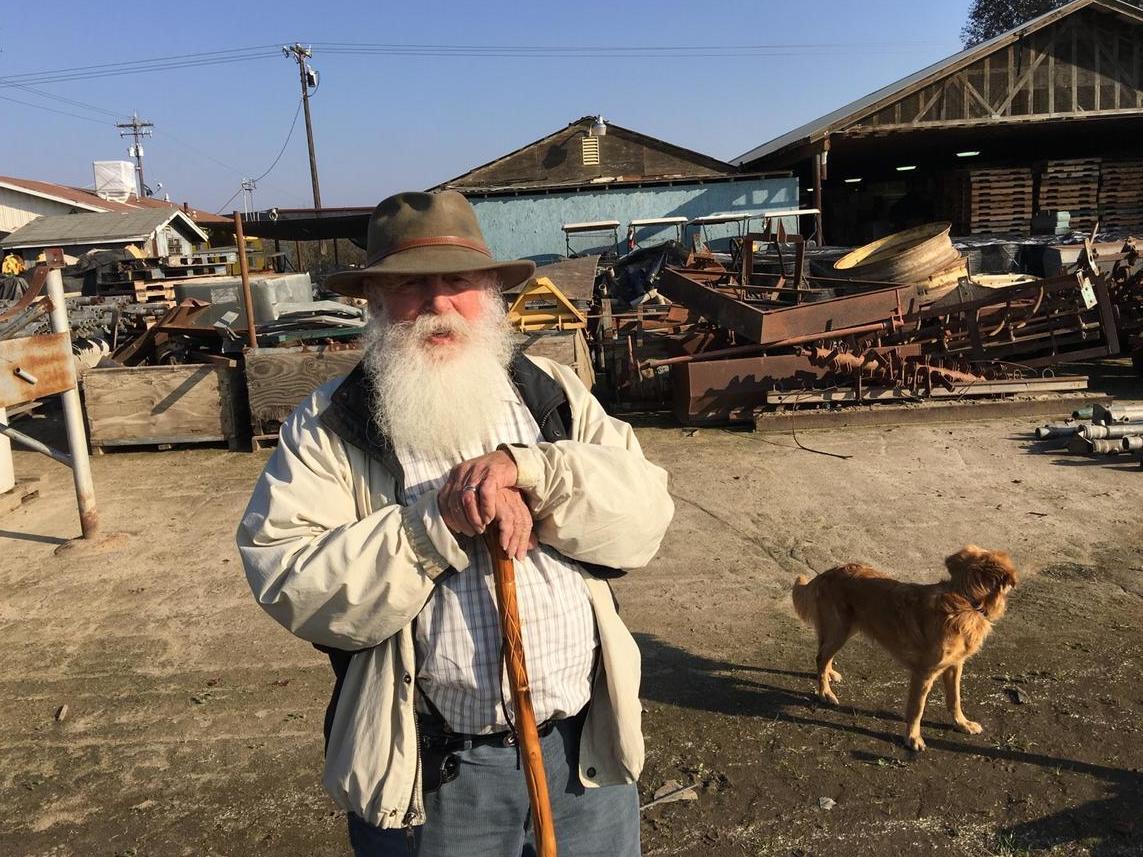 Tom Willey has farmed for decades in California's Central Valley. His farm, T&D Willey Farms, is in the process of being taken over by Food Commons Fresno. Willey plans to still help, advise and mentor.

The generation that pioneered organic farming is beginning to retire. These farmers want what they've built to last. Some growers are passing on their farms to their kids. But not all of them have a second generation who wants to take over the family farm.

That's what longtime organic growers Tom and Denesse Willey discovered when they decided over the past few years that it was time to retire. When the Willeys asked their kids if they wanted to take over their 75-acre farm in California's Central Valley, they all said "no."

"They're all pursuing other professions and interests in life," Tom Willey says. "We considered a number of different alternatives over the last five years of how to hand off the farm."

The vegetable growers began working the soil in California's Madera County in the 1980s. The Willeys are local organic pioneers. The idea of letting their history fade away was just too painful. 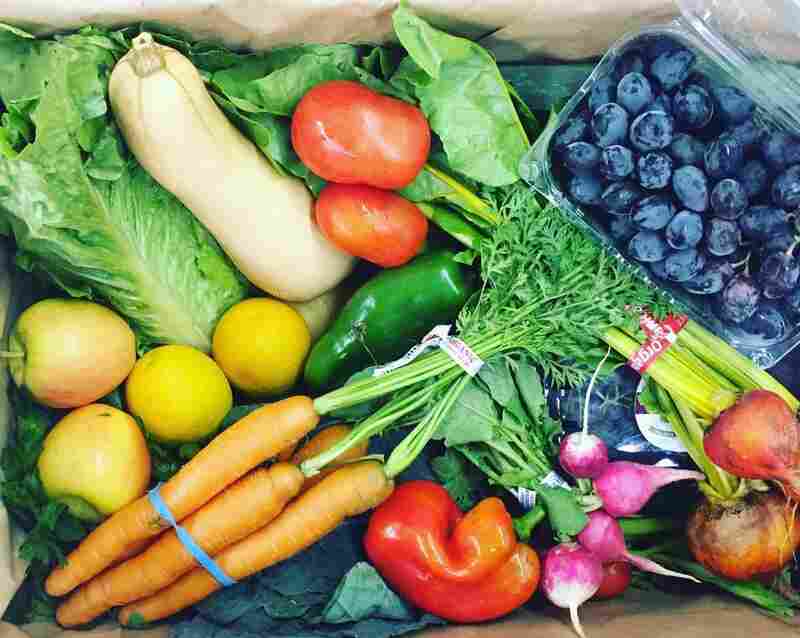 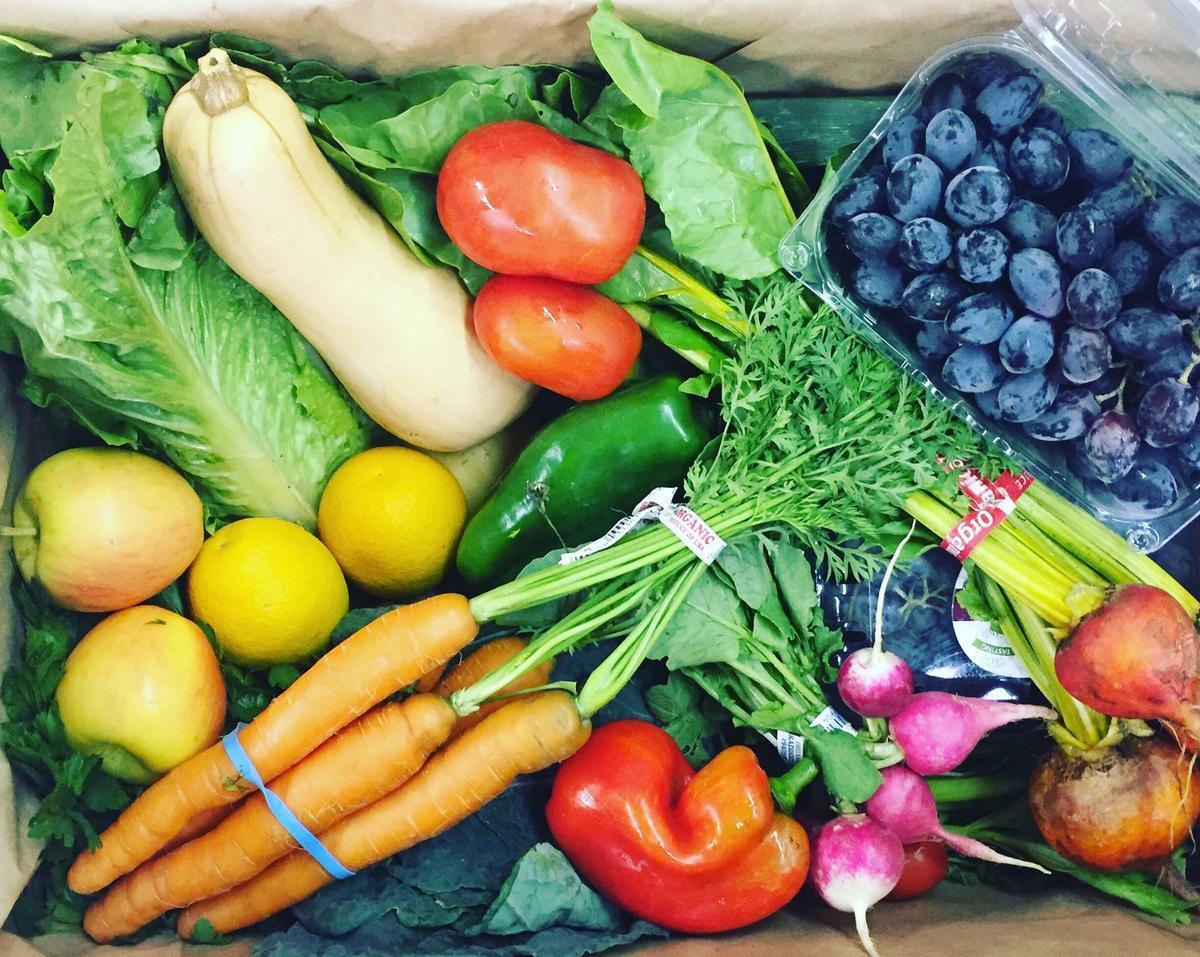 Food Commons Fresno took over the Willeys' food box program — now under the name Ooooby — a year and a half ago.

And besides, growing organically is actually a way for farmers to make money. "Organic is becoming very, very popular now," he says. "It's breaking into big conventional retailers now like Costco, Wal-Mart."

The Willeys recently announced they're in the process of leasing their farm to Food Commons Fresno. It's the same group that took over the Willeys' food box program – now under the name Ooooby – a year and a half ago. Kiel Schmidt is the wholesale and development manager for the group. He says Food Commons Fresno would like to see the region become a farm-to-fork hub like Sacramento is.

"Food is a mystery for lots of people and it just ends up on the grocery store shelf or on your plate, and we want to demystify that as much as possible," Schmidt says. 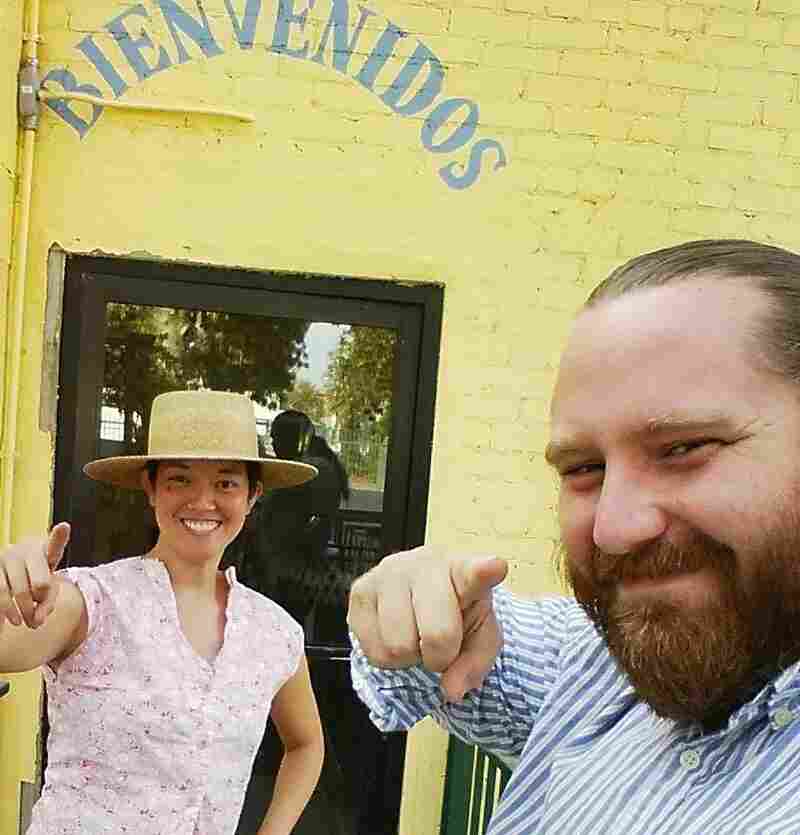 The person who will eventually work the Willeys' land is organic farmer David Silveira. Willey is mentoring Silveira on the ins and outs of the farm, such as checking out the soil health.

Tom Willey adds, "We really improved the tilth of soil and the workability of the soil over the years, putting all of that organic matter in there with compost."

Jane Olvera Quebe, chair of the Institute for Family Business at California State University, Fresno, says the Willeys are just one of many organic businesses in California looking for successors. There are more than 4,000 organic businesses in the state, and groups like California Certified Organic Farmers are reaching out to hundreds of aging growers to help them with the changeover.

"When it's a family business, it's not only a complicated matter, it's also an emotional matter," Quebe says. "The ones that are the most successful are where the older generations have put a high level of trust and faith in the younger generations. That allows them to let go."

Father and daughter growers Mas and Nikiko Masumoto are navigating this transition firsthand on their farm south of Fresno, where they grow organic stone fruit and raisins. "Now you have this millennial generation who have a different need for compliments and this whole life-work balance," says Mas, whose peach farm became a symbol of the food revolution in the 1980s.

Nikiko is in her 30s, and she moved home to live and work on the farm several years ago, after receiving a master's degree. She realized she didn't want her family's farming history in the Central Valley to disappear if her father were to pass away. 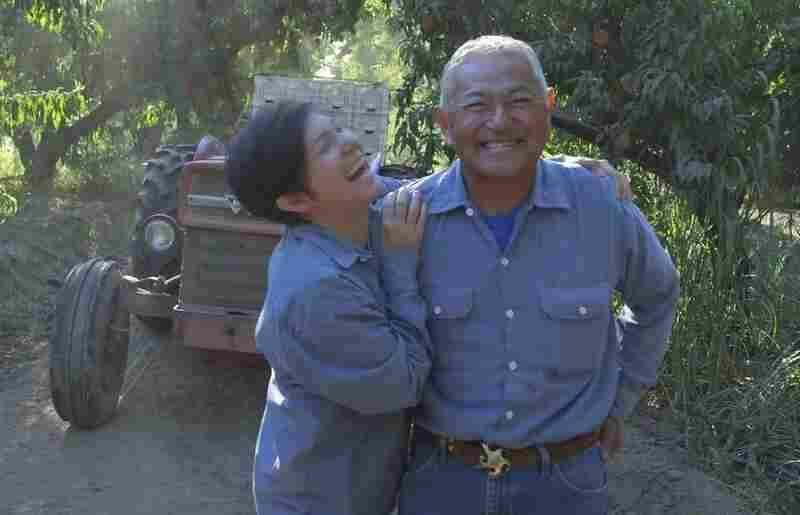 The Masumoto Family Farm in Del Rey, Calif., is going through a change in season. Courtesy of Jim Choi and Chihiro Wimbush hide caption 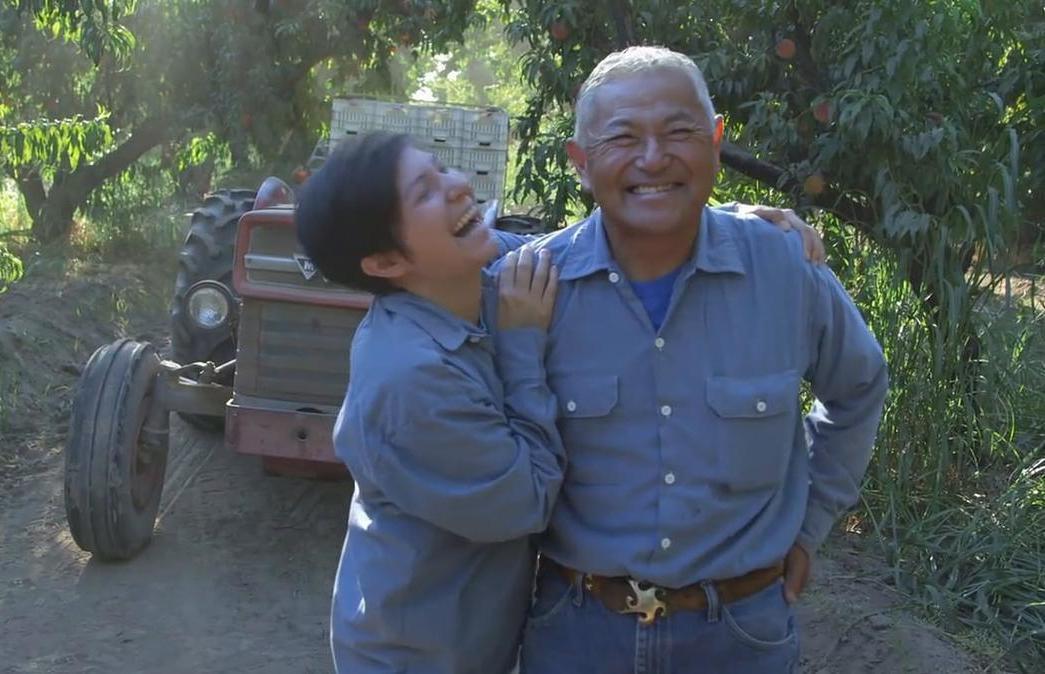 The Masumoto Family Farm in Del Rey, Calif., is going through a change in season.

"I think, Dad, you really, really do love just grinding away. And I want to stop every once in a while, and I want to pause, so there's a huge difference," says Nikiko.

But Mas doesn't want to just retire and hand over the farm to Nikiko. The farm is his life and he says it's important that they work the land together, so that Nikiko can learn the reasoning behind his farming methods.

At Blossom Bluff Orchards near Parlier, Calif., Bryce Loewen, 39, is currently going through a similar handover under the guidance of his parents.

"If it wasn't so lush and beautiful here – and it wouldn't be if it wasn't an organic farm – I doubt I would've come back," says Loewen, who used to work as an animator.

Loewen says he and his sister will eventually take over the 80-acre farm. But for some farmers, having a family member continue farming their land isn't an option. 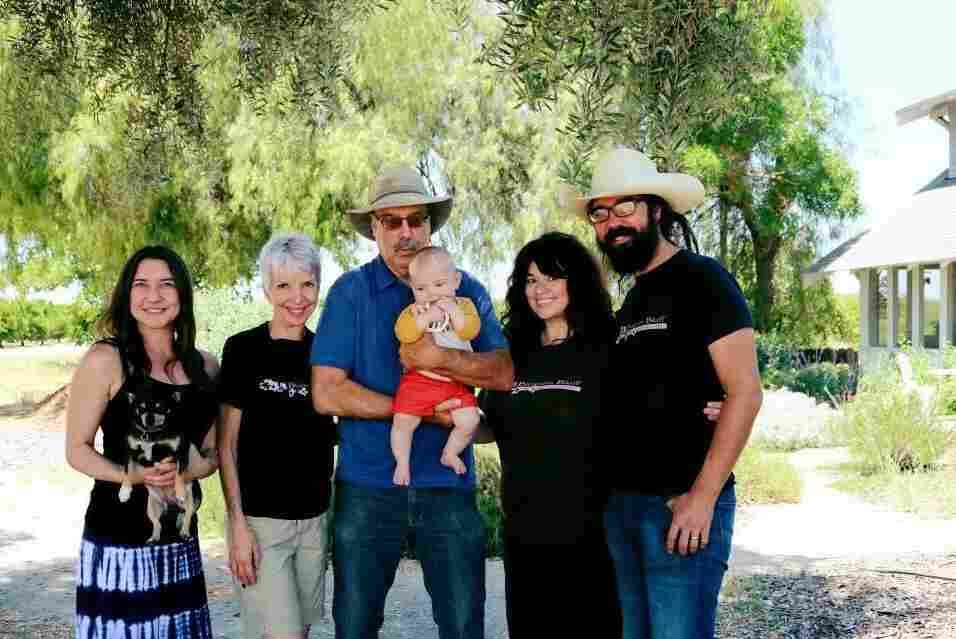 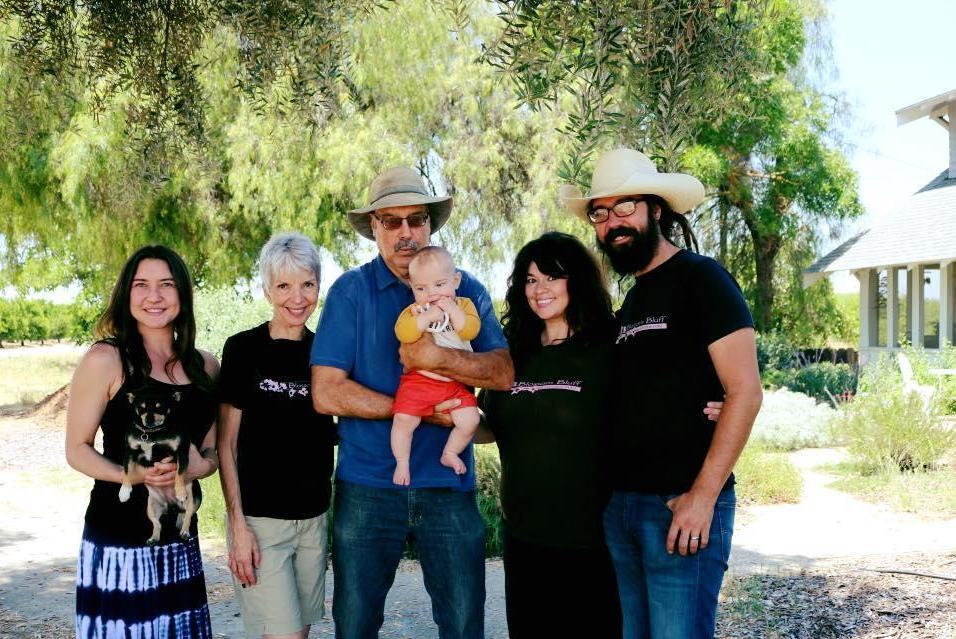 The Loewen family farms around 80 acres of tree fruit in Sanger, Calif.

Richard Peterson has farmed organic stone fruit in the Reedley area for four decades. This was his last season and now he's retired. His kids weren't interested in taking over the farm. So he found someone else to lease his land.

"We like it because he has a son-in-law who's involved, so that's another young person getting into farming," says Peterson. "It's very hard for young people to get into farming these days because the capital investment is so great just to buy land."

The Petersons, Willeys and Loewens all chose to farm organically before it was popular and lucrative. Now they say it's up to young people to decide how the organic industry will grow in the future.