Accessibility links
The 'Haze Craze': Beer Lovers' Newfound Obsession With Murky IPAs : The Salt East Coast brewers have been making unfiltered, unpasteurized, hazy IPAs for about a decade. Their customers love the aromas and murky look of the beers. Now, the hazy beer craze has gone national. 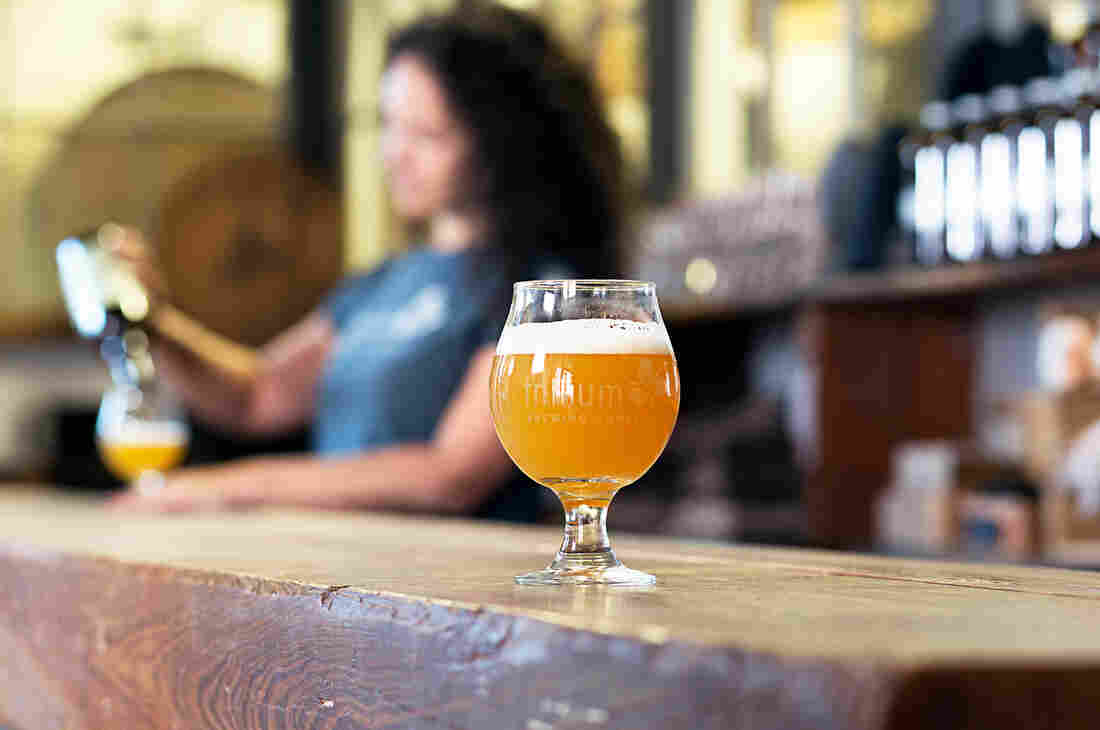 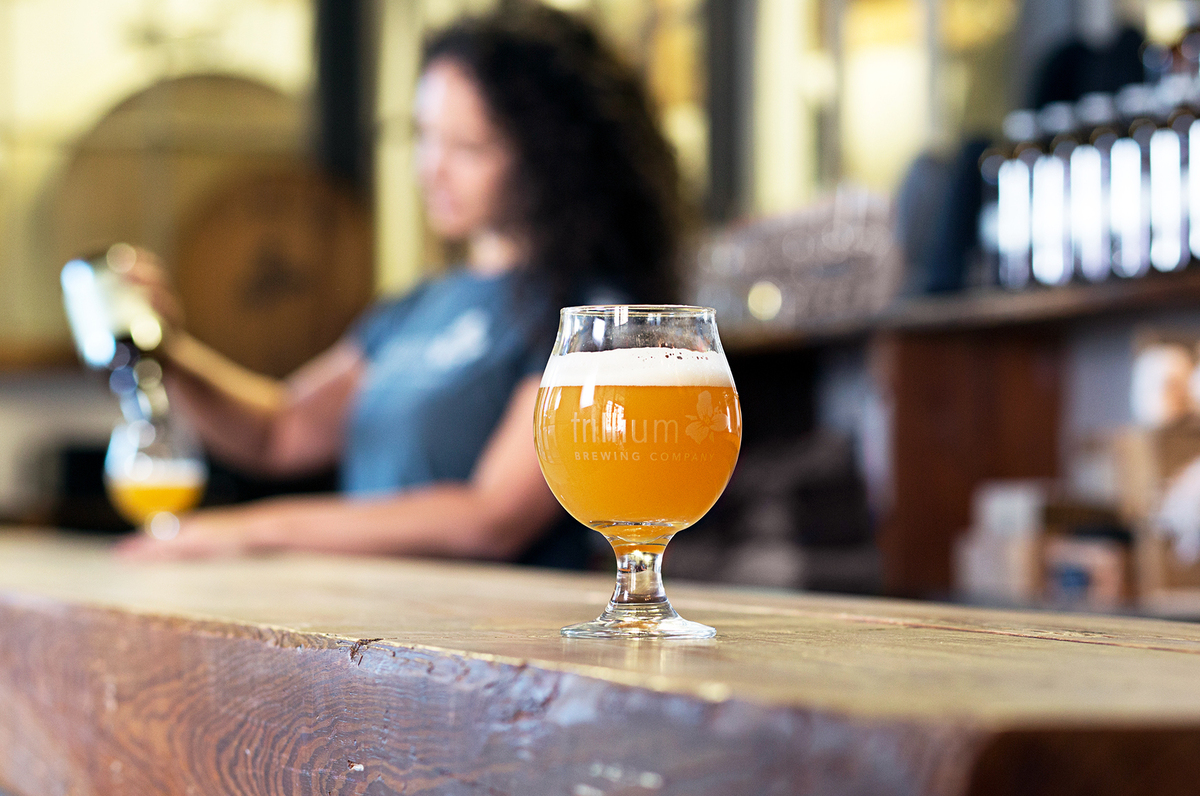 An IPA made by Massachusetts-based Trillium Brewing Co., which has been making hazy IPAs for four years.

About 13 years ago, The Alchemist brewery in Waterbury, Vt., released a new IPA called Heady Topper. The brewer, John Kimmich, had decided to neither filter nor pasteurize the beer — both common methods of extending a commercial beer's shelf life. The result was an IPA thicker with the microscopic compounds and particulates that add flavor and aroma. Customers noticed and praised the beer as being especially tasty.

They also noticed the beer's appearance: Heady Topper was unusually murky and opaque, almost like orange juice. Even though Kimmich says the beer's turbidity was never a concern of his, it became a point of focus for many of his customers. Other brewers noticed, too, and some began making their own hazy IPAs. For the next decade, the style remained modestly popular as an East Coast specialty.

Then, a few months ago, hazy IPAs exploded onto the national beer scene. No one can explain this sudden explosion, but beers with the appearance of pulpy fruit juice have swept across the country since then. The phenomenon is now billed the "haze craze." And in the past several months, these so-called New England IPAs have hit the West Coast like a wild dust storm.

Now, the hype over these murky — and supposedly better tasting — IPAs is only building. Derek Smith, brewer at Moylan's Brewing Co., just north of San Francisco, made a hazy IPA late last summer. It took some encouragement from behind the bar before a customer would order a pint.

"People were asking us, 'Why do I want haze in my beer?' " Smith tells The Salt.

But in late January, Smith took another stab. By then, he says, customers had been hearing good things about these thick, muddy beers, largely through beer blog gossip and magazine articles, and were much more willing to have a taste. In fact, Smith says the beer — called "Haze Craze" — sold two or three times as fast as the brewery's traditional IPA.

All the brewers we spoke with said that even though haziness has become a point of fixation for many consumers, making murky beer isn't the goal when brewing New England IPAs.

"Haze is really just a byproduct of trying to make the most aromatically hoppy beer we can," explains Zach Page, director of brewing operations at the Massachusetts-based Trillium Brewing Co. Page has been making hazy New England-style IPAs for about four years, since Trillium opened in 2013.

The haziness in these beers is caused by a variety of techniques that brewers say are primarily aimed at enhancing aromas and creating a smooth, creamy mouthfeel while also reducing the stinging bitterness associated with more conventional IPAs. Some brewers, for example, are using certain yeast strains that leave fruity esters in the beer, as well as suspended particulate matter. Alvarado Street Brewery, in Monterey, Calif., and Amplified Ale Works, in San Diego, recently collaborated on a hazy IPA called Trois Cabrones — a reference to the special strain of yeast used to ferment the beer, Saccharomyces bruxellensis Trois. This particular yeast, says Alvarado Street brewer Andrew Rose, leaves a distinct fruitiness in the beer — along with a pronounced haze so thick that one cannot even see through a 3-ounce sampler of the IPA.

Late addition hopping is another method that brewers use for New England IPAs. This means hops are added to a beer at the end of the roughly one-hour boiling process, or even after that — rather than during the boil, a more conventional approach. This amplifies aromas while extracting less of the hops' alpha acids, which create bitterness. The process can also leave microscopic vegetable matter suspended in the beer. Filtration has traditionally been used to remove this material. "But if we filtered our beer we'd also lose some of the flavor," Rose says. 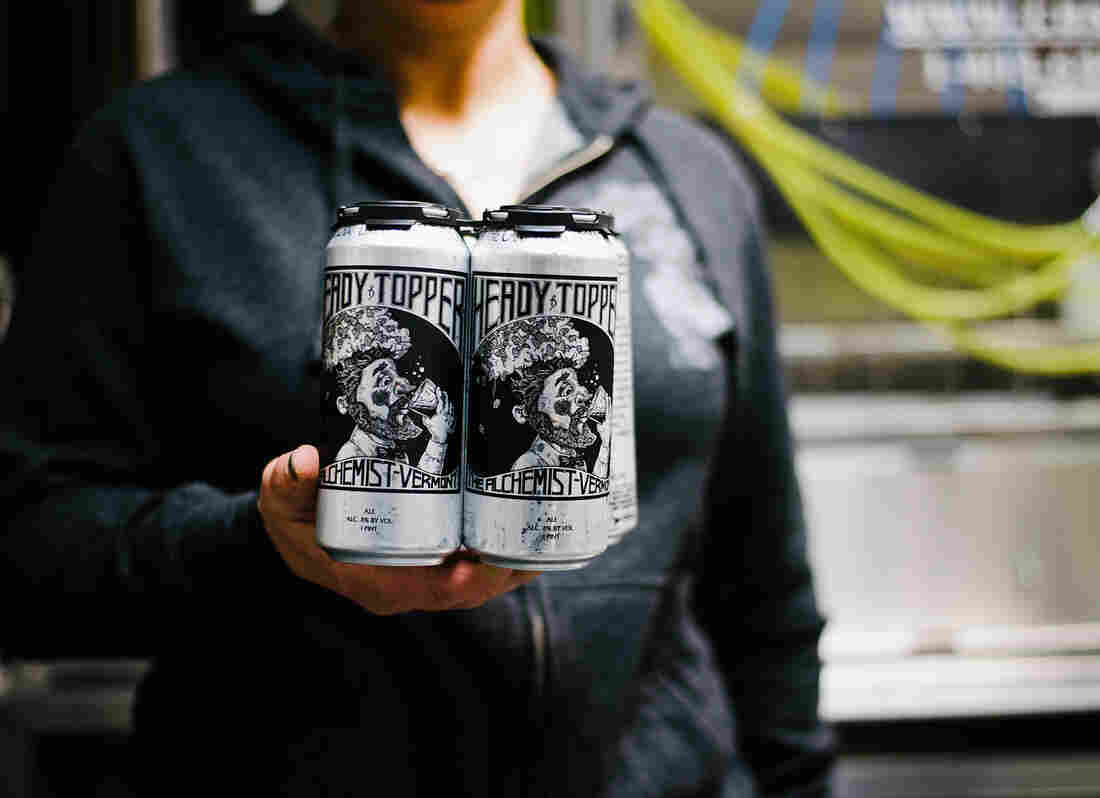 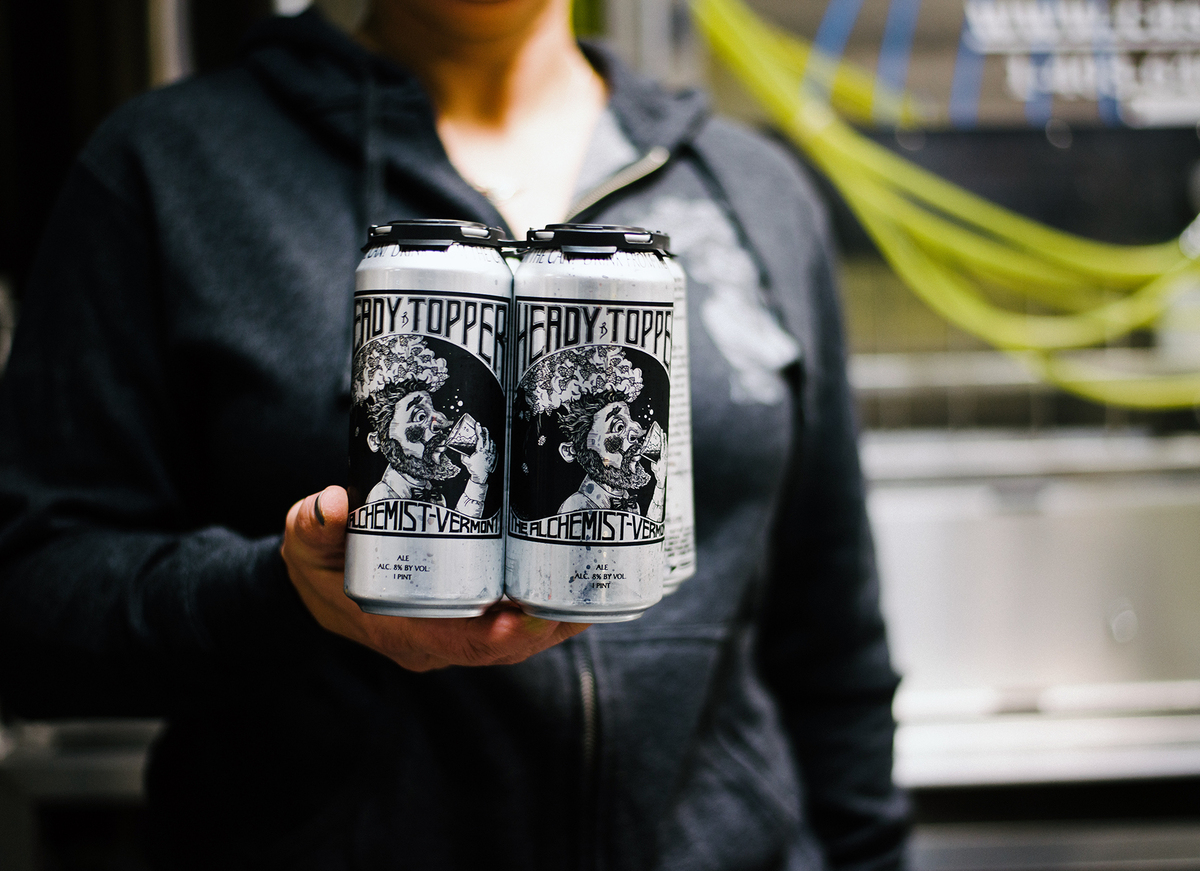 Cans of Heady Topper, one of the earliest murky beers credited with making haziness cool.

Rose stresses that the murkiness isn't the point of the beer, but he acknowledges that haze sells. "There's now a lot of hype about haze," he says.

Page, at Trillium, says that haziness can be an indicator of enhanced fragrance and brighter, livelier hop aromas. But hazy beers, he cautions, aren't necessarily better.

"But consumers have seen the correlation, and now they're using haze as an indicator," Page explains. "They're making purchasing decisions based on how the beers look."

It isn't surprising, then, that brewers may be intentionally murking up their IPAs to make them more marketable. Rumors are circulating of IPAs made hazy and viscous by the addition of flour or pectin-thick applesauce, both of which can create a milky, opaque hue in the beer without any benefits for flavor or smell. We were unable to find any brewers who said they had personally tried these techniques, though Kimmich, at The Alchemist, is convinced that the rumors are true.

"I know for an absolute fact there are brewers doing this stuff," he says.

Kimmich, who wouldn't name any of these breweries, says he is amused — and slightly satisfied — to see brewers across America creating beers that he says he was once rebuked for producing.

"We spent 10 years trying to convince people that haze is OK, and now some people are looking at our beers and saying they aren't hazy enough," he says.