Accessibility links
How A Broken-Hearted Young Girl Found Healing In Her Grandmother's Vadais : The Salt Love can come from where you least expect it. And while a girl learns from her grandmother how to make her favorite Indian breakfast treat, she finds that food, family and love are often intertwined. 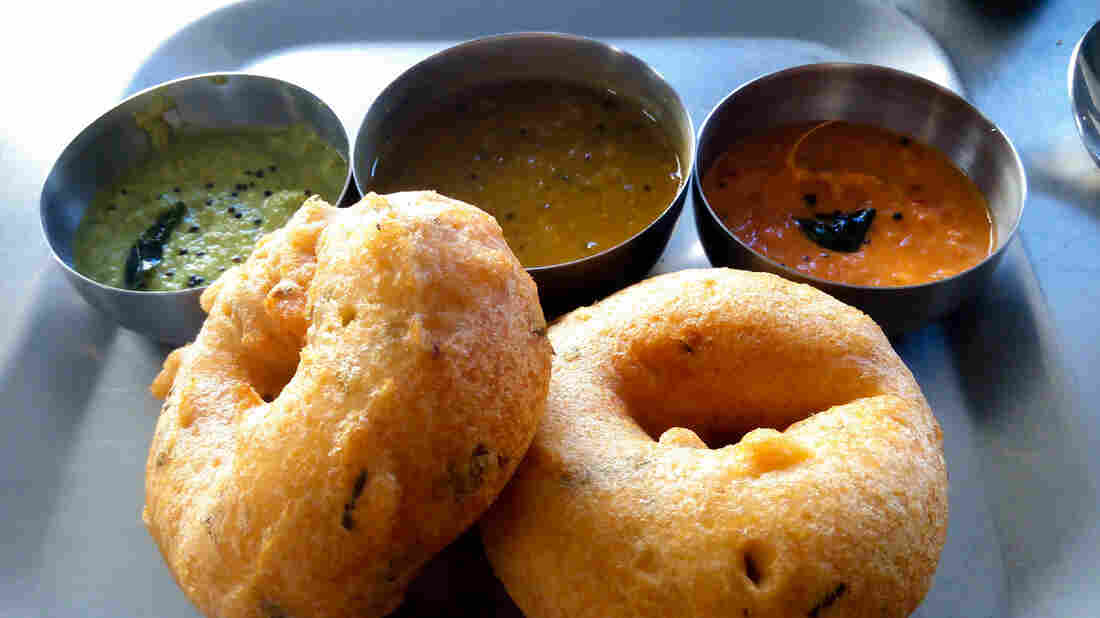 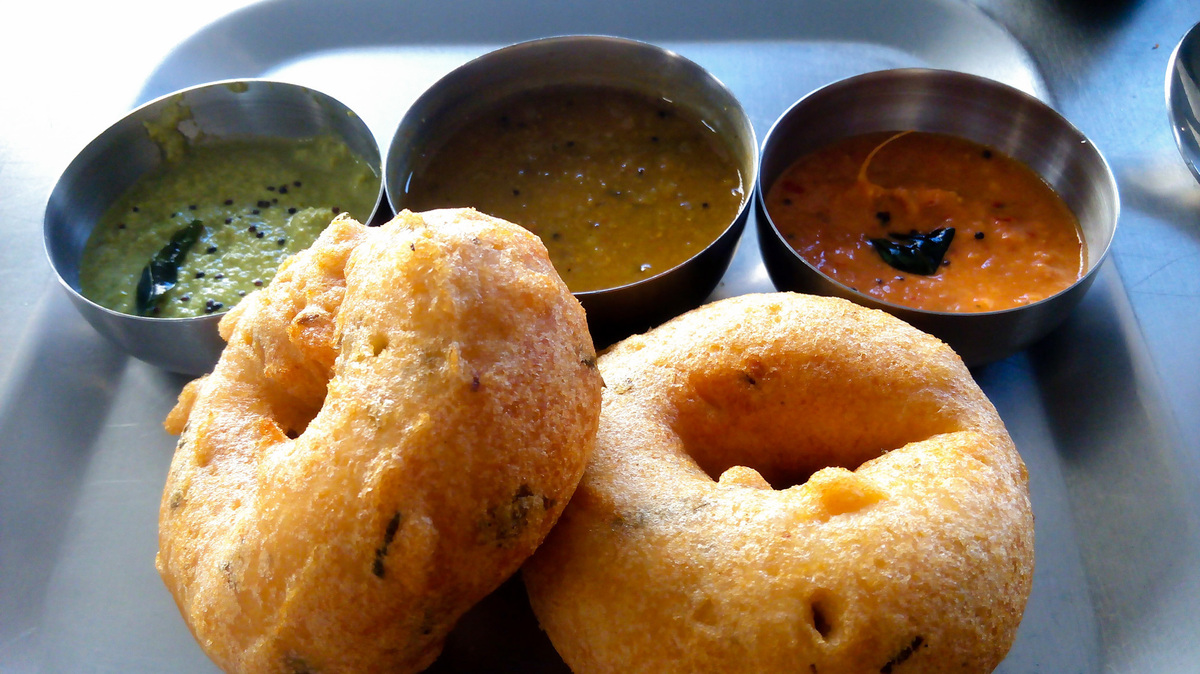 If I close my eyes, I can go back in a heartbeat to the flower-patterned sofa in my grandmother's living room, where I was curled up with my face pressed close to the slightly rough fabric. It was a Saturday morning, but not a typical one. I was 14 years old, deep in the throes of my first heartbreak, and I imagined that nobody in the world had ever felt the monumental pain I was feeling that day.

My boyfriend — who was two whole years older than I was – had told me that he was going to high school, and I was now far too immature for his tastes. It was not only heartbreaking, but humiliating. I imagined I would never be able to love anyone again, and that life couldn't possibly go on.

A gentle hand on my back roused me, and I turned around to look into my grandmother's face. "Do you want vadai?" she asked.

I hadn't eaten in a couple of days, and had resisted every attempt to be fed, but vadais were different. In all of their delicious deep-fried goodness, they had been a Saturday breakfast treat for as long as I could remember. I sat up, realizing I was actually ravenous, and more than mildly interested in the idea of a crisp-on-the-outside, fluffy-soft-on-the-inside piping hot vadai — or three. "I'll teach you how to make it," my grandmother said in a tone I knew not to argue with.

Vadais, or vadas, depending on whom you talk to (they are both correct), have been an Indian staple for at least 2,000 years. Eminent food historian, the late Dr. K.T. Achaya, writes about vadais in his book The Story of Our Food, where he states that the earliest mention of vadais in Tamil literature occurs around 100 BC; there are accounts of moong beans (mung bean, or mung dhal) soaked overnight or for five to six hours. The soaked dhal is drained and ground to a paste with very little water, and mixed with flavors such as ginger, green chillis and asafoetida. Chopped onions, cumin, coriander and salt is added to the smooth, fluffy batter, which is then quickly shaped and deep-fried. Vadais are meant to be eaten piping hot, and are typically served with a variety of chutneys and sambhar (a lentil-based gravy). 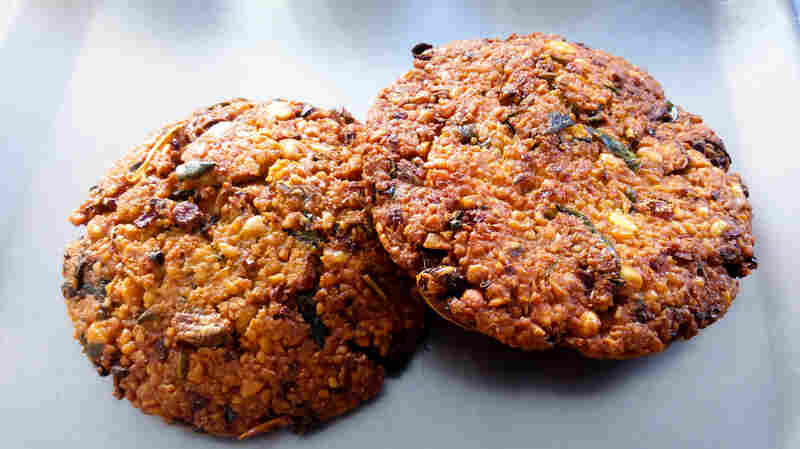 There are many types of vadais to choose from, such as keerai vadai, which is made with fresh greens. Awanthi Vardaraj for NPR hide caption 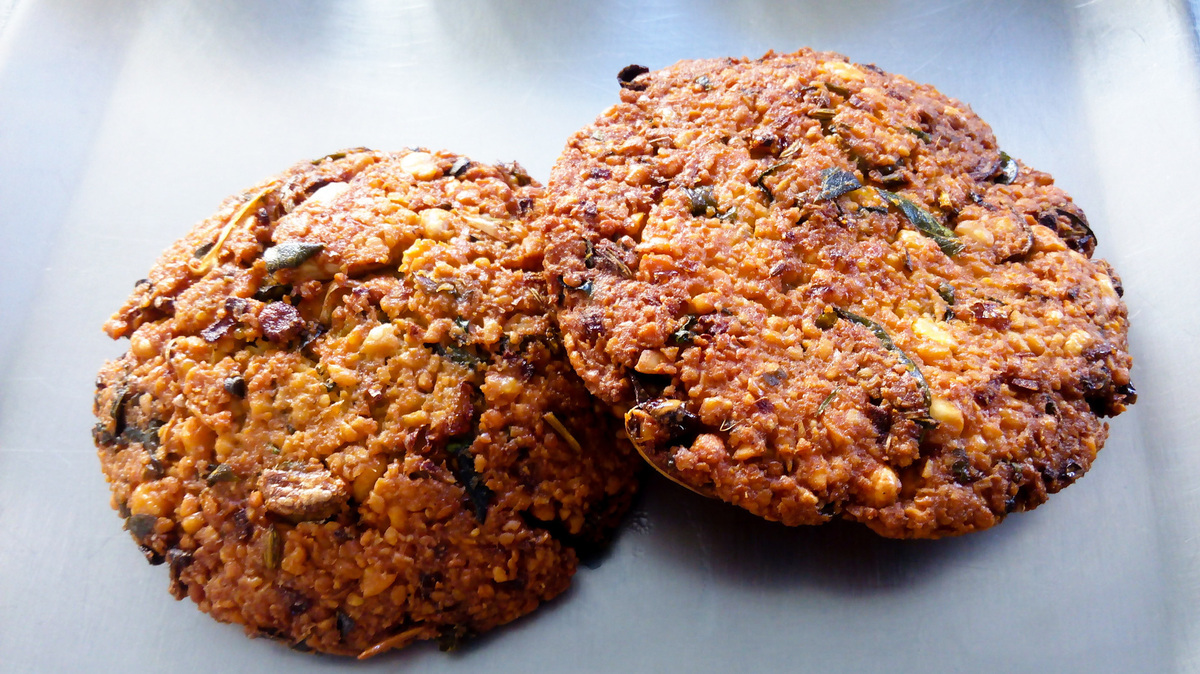 There are many types of vadais to choose from, such as keerai vadai, which is made with fresh greens.

If vadais made from mung dhal don't sound particularly appealing, there is a wide assortment to choose from. My favorite vadai is medhu vadai, which literally translates to soft vadai, and it is made from urad dhal, or black lentils. There is also a masala vadai (bengal gram dhal), keerai vadai or spinach vadai (spinach and urad dhal), bread vadai (day-old bread and rice flour), and even vadais made with banana blossoms. The list is endless, but these are some of the more popular options.

On that day – the day I learned to make vadais – my grandmother was making medhu vadais. I meandered into the kitchen as she told me that the black lentils had already been soaking for a couple of hours and were ready to go. I was unsurprised at that; she was always up early to see to the family breakfast, even on weekends. She showed me how to grind the dhal with a little water. The mixture couldn't be too thick; that would make for a dense vadai when it was fried. But it couldn't be too thin, either, because the dough would absorb far too much oil. It had to be just right, and I worried I wouldn't know how to tell the difference. "You'll learn," my grandmother said matter-of-factly. She glanced at me, and nodded at the dough in front of her. Encouraged, I poked the downy white mixture. "It has to bounce," she told me as I prodded, fascinated. "See?"

I saw. I hadn't made bread yet, but when I did learn to make it, I would see the similarities between the two doughs. For now, though, I was enjoying learning to make medhu vadais with my grandmother. We added cumin, slightly crushed black peppercorns, chopped green chillis and curry leaves to the batter, and then salt to taste. "Perfect," said my grandmother. I felt a vague sense of pride. 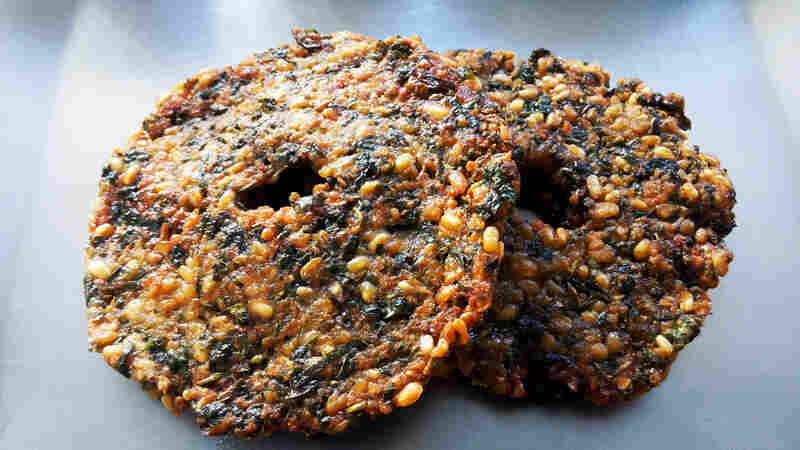 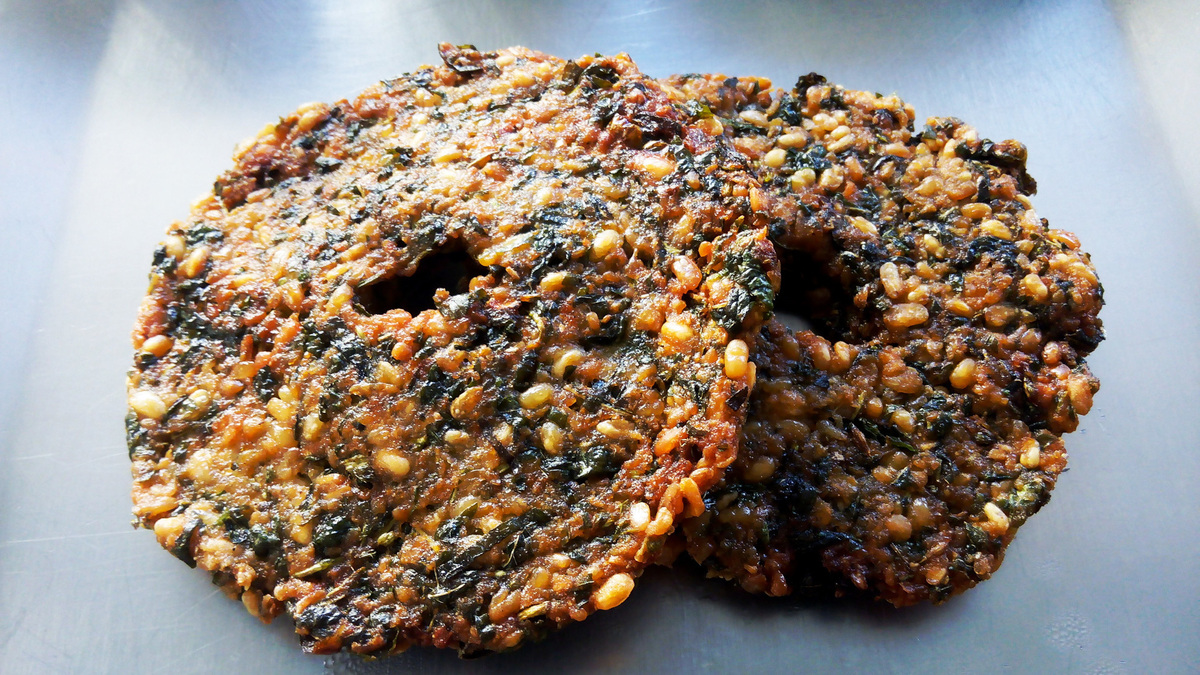 Crispy and flavorful masala vadai is a popular street food in South India.

I watched as she wet her hands and quickly worked the dough into doughnut-like shapes before sliding them into the hot oil. Standing beside her, I shaped a few too. I had forgotten my heartache in that hour with my grandmother, and as the aroma of fried vadais permeated the kitchen and escaped into the house, she smiled at me. "You'll make these for your children someday," she said.

And in that moment I knew, without a shadow of a doubt, that I would love again someday, that life would go on, and that vadais would forever be sealed in my brain as a symbol of everything love could be.

This family recipe comes to us from the author.

Soak the dal and rice for 2-3 hours. Grind, using very little water until the batter is smooth and fluffy. Add the salt and chopped chillis, ginger and curry leaves.

Heat the oil in a pan until it is very hot, but not smoking. Using wet hands, make a ball of batter and hold it in the palm of your left hand. Use your right index finger to make a hole in the center of the dough and then drop the ball into the oil. When it turns golden brown underneath, flip it gently on to the other side until golden. Make all the vadais this way, remembering to wet your hands each time before shaping the dough.

Serve hot with coconut chutney, sambhar, or a chutney or sauce of your choice.