Accessibility links
In U.K., A Veggie Shortage Inspires Funny Headlines And Serious Thoughts : The Salt Bad weather in southern Europe caused a brief shortage of veggies in the U.K. Prices went up and people panicked. Now they are thinking harder about where their food comes from. 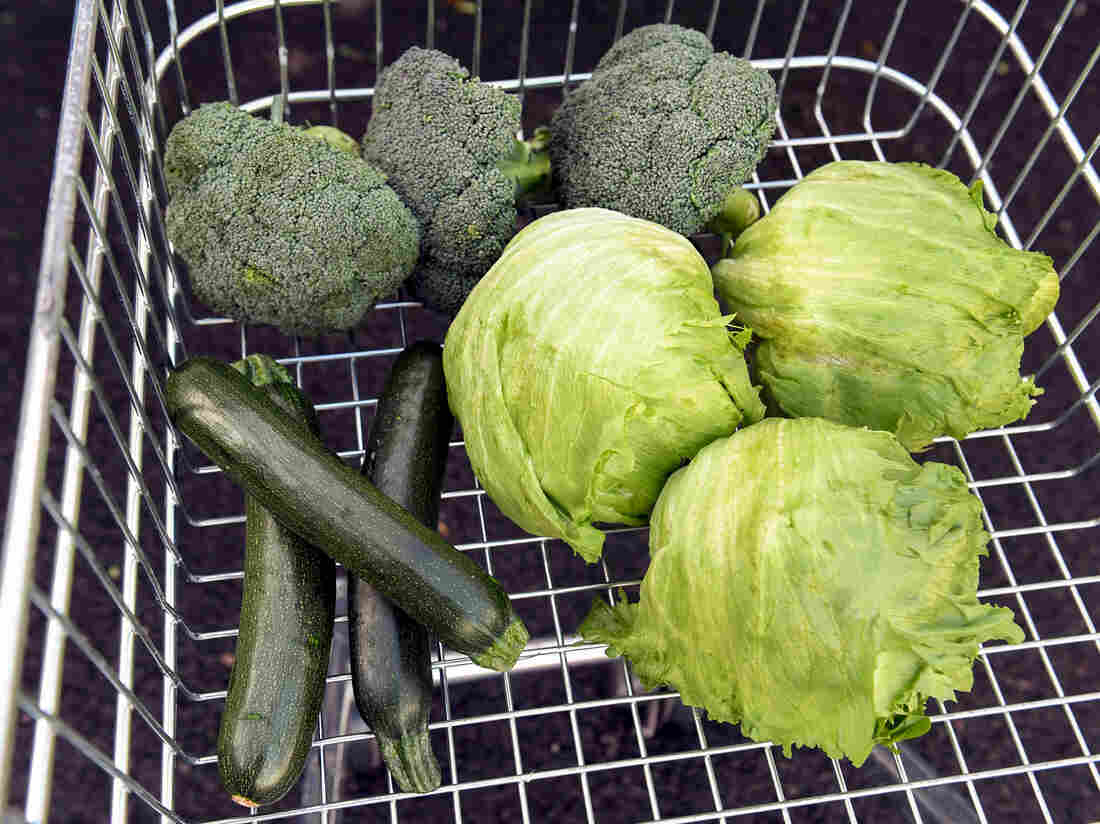 Vegetables were rationed at supermarkets in the U.K. due to poor weather conditions in Europe. Here, lettuce, broccoli and zucchini were rationed at a Tesco store in London. Victoria Jones/PA Images via Getty Images hide caption 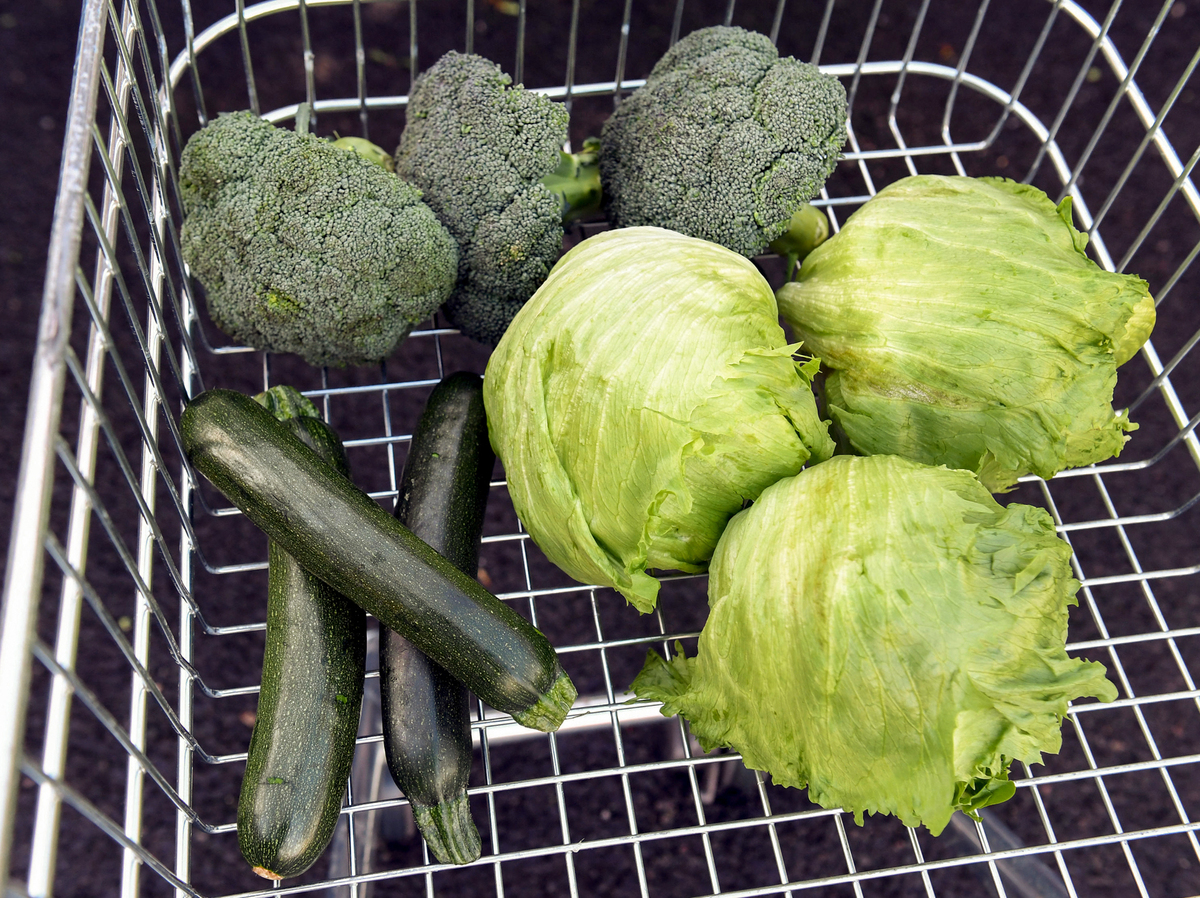 It started in late January. At my local grocery store in South London, salad seemed to be just a few pence pricier than usual. But I didn't think much of it.

Later that week, the same market had conspicuously run out of zucchini. I'm not particularly fond of it, but I lamented for the carb-conscious yuppies who depended — and subsisted — on spiralized zucchini spaghetti. How would they cope?

Then came the true sign of wretched times. A notice, posted atop the iceberg lettuce displays of Tesco supermarkets, read, "To protect the availability to all our customers, we are limiting bulk purchases to 3 per person."

This was the Great British Vegetable Shortage of 2017.

"LEAF IT OUT! British supermarkets begin RATIONING vegetables" read a headline on the U.K.'s most popular tabloid, The Sun.

The Times of London, meanwhile, urged readers to "Romaine calm." And then The Guardian came out with the harrowing news: "Tip of the iceberg: lettuce rationing widens to broccoli and cabbage."

Indeed, the culinary crisis that launched a thousand headlines is the result of bad weather in Southern Europe. Spain's south-eastern Murcia region, which supplies much of Europe's fresh produce during the winter months, was hit with frost and snow, as well as the heaviest rainfall in 30 years. This coincided with a cold snap in Italy. The resulting crop shortages especially affected the U.K., which imports about half of its food.

But the results weren't as dire as many news reports predicted: At worst, British shoppers may have to pay a bit more for zucchini, eggplant, salad and celery until April, when domestic farms begin producing those crops.

"It was overblown," says Tim Lang, a professor of food policy at City, University of London, and co-author of The Atlas of Food: Who Eats What, Where and Why. "It wasn't exactly a national crisis," he says. "Just a little hiccup."

But it is a teaching moment, Lang notes. It demonstrates the extent to which grocers in the U.K. depend on imported produce in order to supply British consumers with out-of-season fruits and vegetables all year round. 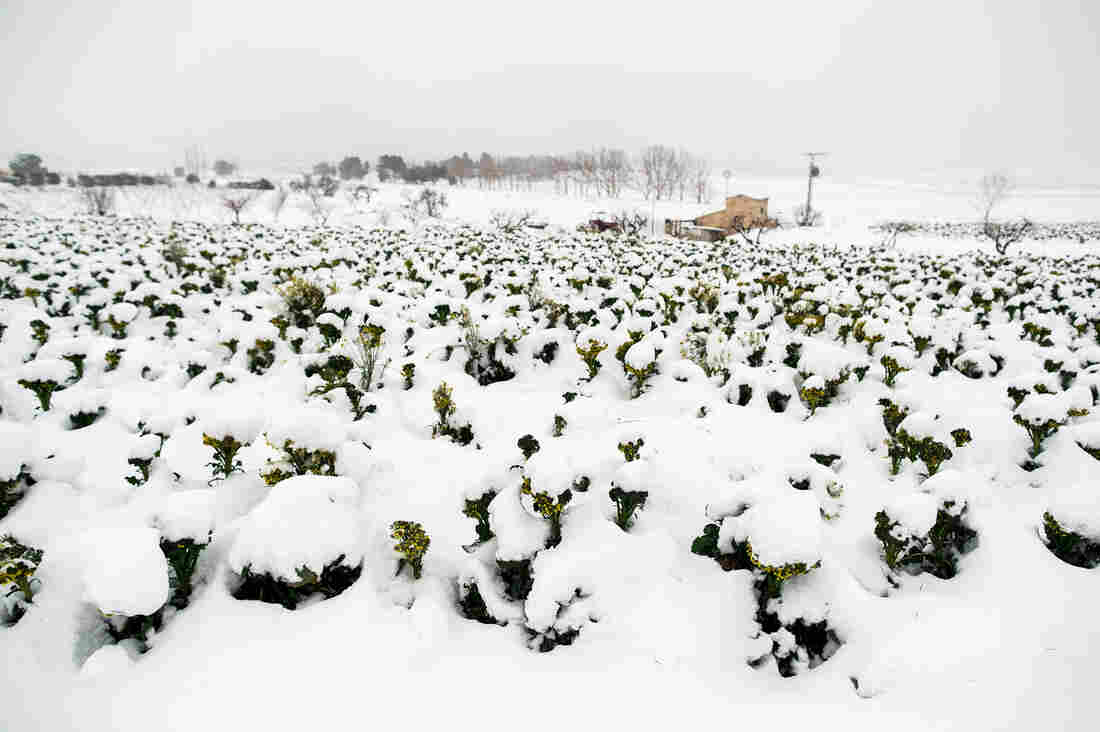 Snow covers a field of broccoli in Spain earlier this winter. The unexpected cold snap led to a vegetable shortage in the U.K. earlier this month. Pablo Blazquez Dominguez/Getty Images hide caption 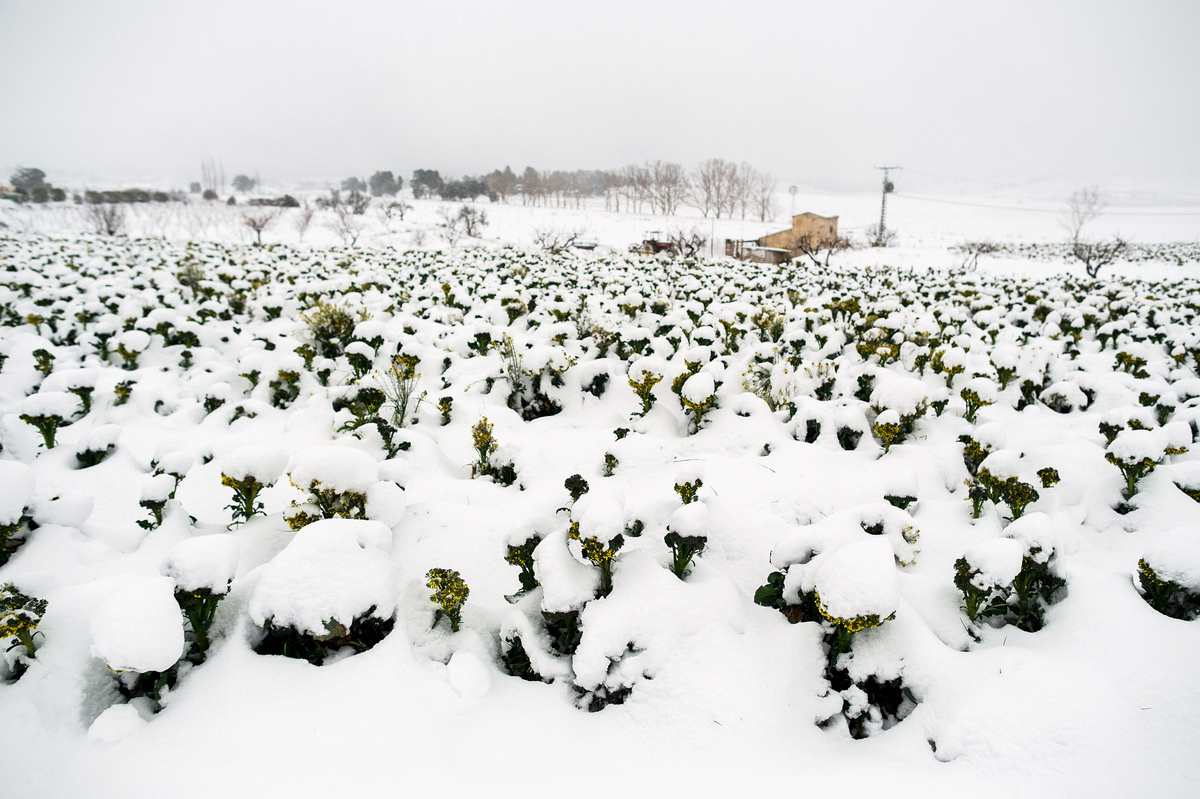 Snow covers a field of broccoli in Spain earlier this winter. The unexpected cold snap led to a vegetable shortage in the U.K. earlier this month.

The recent shortage prompted some supermarkets to "switch from trucking fresh vegetables to flying them," Lang notes, from as far away as the U.S. and South America, leaving behind a huge carbon footprint.

Mukesh Kumar, a professor of food security at Cambridge University, agrees that if any good has come out of the vegetable shortage, it's that British consumers have been forced to think about where their food comes from.

Ultimately, the only way to avoid food shortages in the long run is to address climate change, Kumar says. Media reports often discuss climate change in terms of rising sea levels and melting ice caps, Kumar adds. "We haven't thought about, 'How does climate change impact me, personally?' "

Now we know that it'll sap our salad supplies, for a start.