Accessibility links
Sorry, Salad Lovers: We May Have No Mesclun Mix (For Two Weeks) : The Salt The system that delivers fresh greens to supermarkets is having a hiccup. There may be a nationwide shortage of salad mix in a few weeks. You can blame wet weather in Arizona and California.

Sorry, Salad Lovers: We May Have No Mesclun Mix (For Two Weeks)

Sorry, Salad Lovers: We May Have No Mesclun Mix (For Two Weeks) 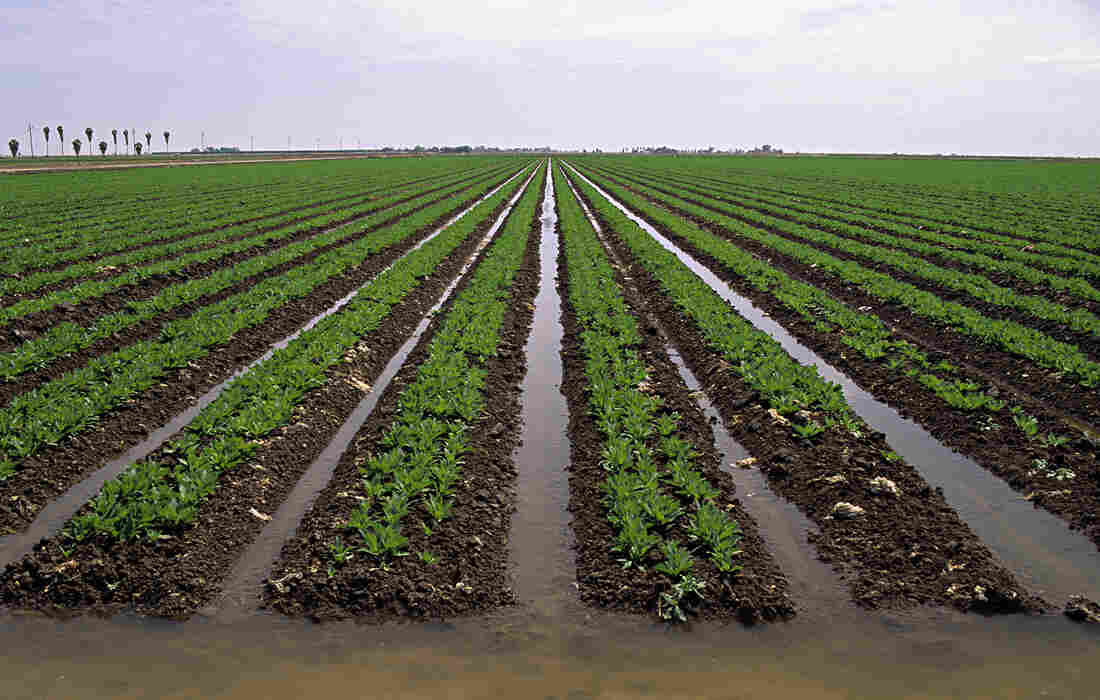 Lettuce crops are irrigated in Yuma, Ariz. In winter, Yuma typically supplies many of those bags of baby spinach and mixed greens Americans consume. It's But unusually damp conditions have forced growers to end the season earlier than usual this year. Matt Meadows/Getty Images hide caption 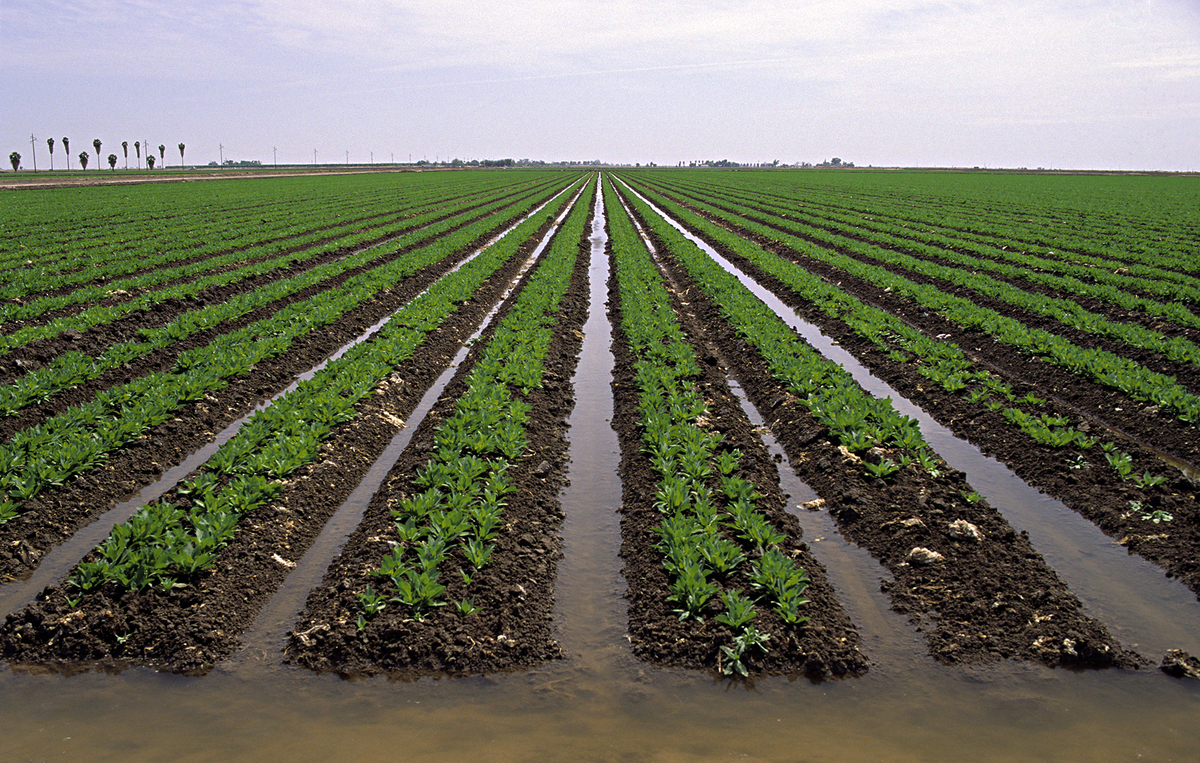 Lettuce crops are irrigated in Yuma, Ariz. In winter, Yuma typically supplies many of those bags of baby spinach and mixed greens Americans consume. It's But unusually damp conditions have forced growers to end the season earlier than usual this year.

The system that delivers fresh salad greens like clockwork to the nation's grocery stores is breaking down slightly. In about three weeks, consumers may get a reminder of two things. First, vegetables really are fragile living things, and most of them have to survive outdoors. Second, we depend to a remarkable degree on just a few places to grow them. (That's a lesson U.K. lettuce lovers also recently got.)

During winter, those bags of baby spinach and "spring mix" typically come from Yuma County, Ariz. But "we've had a little bit of a rough season down there," says Samantha Cabaluna, a vice president for marketing and communications at Tanimura & Antle, a vegetable grower.

It's been unusually damp in southern Arizona, and as a result, greens in the field have been afflicted with mildew. Growers have been forced to pull vegetables from fields and end the harvest earlier than usual.

This wouldn't be a big problem if the nation's summertime source of greens, the Salinas Valley of California, could step up and cover the shortfall. Unfortunately, wet weather in California has delayed planting there. "Planting has started, but not to the extent we normally would have," says Cabaluna.

The result could be a gap in production of leafy greens, starting in late March and lasting about two weeks.

"I don't know yet whether it's a major issue or not," says Mark Borman, president of Taylor Farms California, a major producer of bagged salad greens. "But there's definitely some potential for shortages."

According to Borman, the shortfall comes at a particularly awkward time, because early spring is typically a season when demand for salad greens is high. And Cabaluna says the shortage is broader than North America. Bad weather has caused a shortage of greens in Europe, too, and some European buyers have resorted to buying greens in the U.S. and shipping the product by air across the Atlantic.

The company BrightFarms, which grows salad greens inside greenhouses located near a few major cities in the eastern half of the U.S., was quick to point out that its production system avoids such problems. In an email, a spokesperson for BrightFarms wrote that "the situation provides strong vindication of the urban ag/local food model that companies like BrightFarms are pioneering."