Accessibility links
To Diversify The Farming Landscape, Diversify Who Works It : The Salt The people working on farms and elsewhere in agriculture often don't reflect the nation's demographics. Changing that is becoming a priority, in hopes that new people will bring fresh ideas.

To Diversify The Farming Landscape, Diversify Who Works It

To Diversify The Farming Landscape, Diversify Who Works It 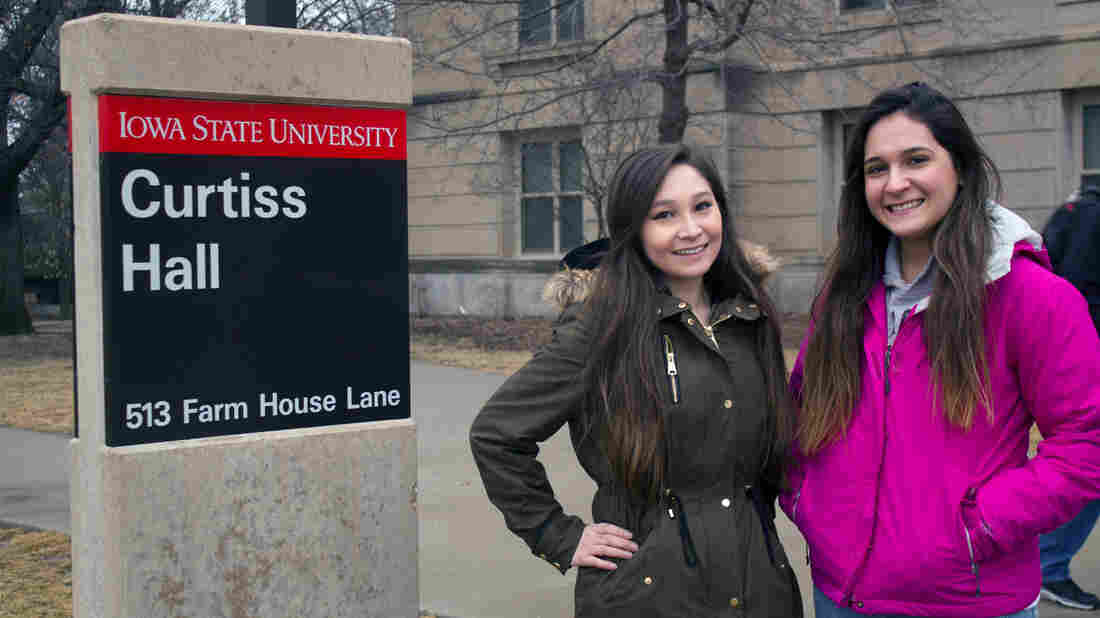 Iowa State University College of Agriculture and Life Sciences students Liz Hada, left, and Melissa Garcia Rodriguez say they have experienced racial tension in some of their classes, despite feeling generally welcomed by most students and faculty. Amy Mayer/Harvest Public Media hide caption 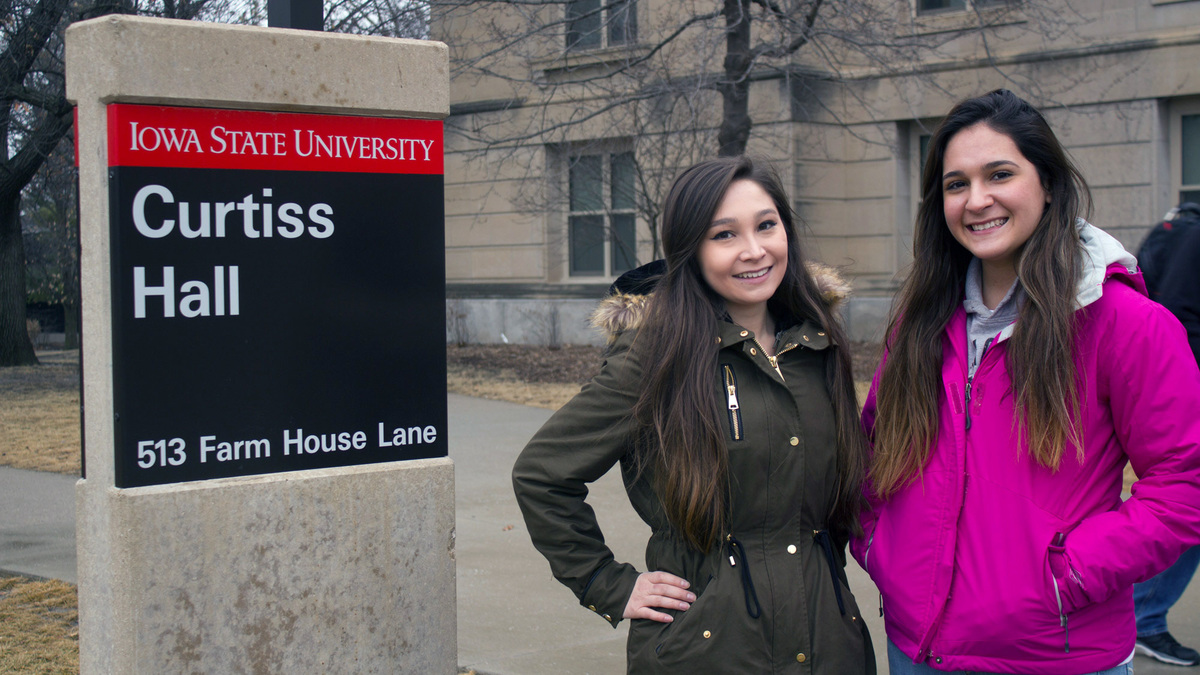 Iowa State University College of Agriculture and Life Sciences students Liz Hada, left, and Melissa Garcia Rodriguez say they have experienced racial tension in some of their classes, despite feeling generally welcomed by most students and faculty.

Farmers in the U.S. like to point out that their products feed people all over the world. And while this is a diverse country, the people working on farms and elsewhere in agriculture often don't reflect the nation's demographics. Changing that is becoming a priority, in hopes that new people will bring fresh ideas to meet some of our food system's greatest challenges.

Take monoculture, the long-standing practice of planting only corn or soybeans on millions of Midwest acres. While it has resulted in massive crops and billions of dollars in revenue for decades, the strategy can also contribute to problems.

"A fair bit of our environmental issues with agriculture across the country, not just Iowa, relate to the lack of diversity on the landscape. There's no doubt about that," says Kendall Lamkey, chair of the agronomy department at Iowa State University.

Agronomists understand soil, plants and farming practices and advise farmers on how to improve what they do. And Lamkey says the field needs new ideas.

Shortly after he became the department chair in 2006, Lamkey launched a statewide marketing campaign called "I'm an Agronomist," meant to attract students who wouldn't likely come in the door on their own. He wanted more students, but in particular, he wanted students from a wider pool — from cities and suburbs, and from minority groups. Not everyone embraced Lamkey's strategy, though.

"When I started doing this a long time ago, there were some people who weren't happy that we were recruiting people that didn't think like them into agriculture," Lamkey says. And nationwide, more than 95 percent of all farmers are white, according to the most recent Census of Agriculture. "But in the end, that's how all fields move forward, is bringing in people who don't think like we do."

Lamkey's approach is working. Enrollment in agronomy at Iowa State has more than tripled since 2006. That fall, there was just one agronomy student who identified as other than white. Today, 23 students do – that's almost 7 percent of the total undergraduate enrollment in agronomy. And it's not just agronomy. Students who don't come from family farms are enrolling in other agriculture classes, too. Women now make up at least half of the students in several colleges of agriculture in the Midwest.

For example, Liz Hada transferred to Iowa State after starting in animal science at Colorado State University. Hada grew up in a Des Moines suburb, daughter of a Japanese-American doctor and a white stay-at-home mom. Her global resource systems major has an international focus.

"I feel it's very, very diverse, much more than the rest of the College of Agriculture," she says. "But I definitely see that there's a little more racial tension in the College of Ag than I was expecting."

It's something animal science major Melissa Garcia Rodriguez has also noticed. Her parents are Mexican immigrants and though she grew up in the city of Des Moines, she is planning to become a large-animal veterinarian and hopes to live and work in a small, rural community. Many of her classmates have raised livestock on family farms for years.

Even though Garcia took several years of animal science and agriculture classes as a high school student, including caring for sheep and other animals, she says she feels like an outsider. When she questions the way her classmates want to do something, some just shut her down.

"There's the awkward tension like, 'Oh, OK, then go somewhere else because you don't belong here. You don't do this.' They don't say that, but that tension is definitely there," Garcia says.

Whether about animal husbandry or more general chatter over politics, Garcia says she is typically not one to speak up or make a stir. And she hears plenty of loud students stating views she disagrees with.

"I just stay quiet and I keep it civil," she says.

Garcia and Hada both are quick to point out that the faculty and many students have been supportive and welcoming. For trailblazers, though, being in the minority can be a strain.

Some workplaces in the agriculture industry are trying to change and become both more diverse and more inclusive. The U.S. Department of Agriculture, for example, has made a years-long effort that includes things like increased recruiting at historically black colleges. Since 2011, the number of non-white USDA employees nationwide has increased five percentage points, to 28 percent today, according to the most recent USDA data.

These efforts to go beyond the usual pipelines of students or employees are logical and perhaps even necessary, he says. "You have to cast the net wider to catch the biggest fish."

Whether those fish ultimately sink or swim will depend not just on their preparation and tenacity, but also on the feel of the water as they dive in.

This story comes to us from Harvest Public Media, a reporting collaboration focused on food and agriculture. Amy Mayer is a reporter with Iowa Public Radio.