Accessibility links
The Reddit Craze Of Eating Oranges In The Shower : The Salt The Internet is full of things, including a Reddit subgroup devoted to the act of eating an orange in the shower. We gave it a shot ourselves. 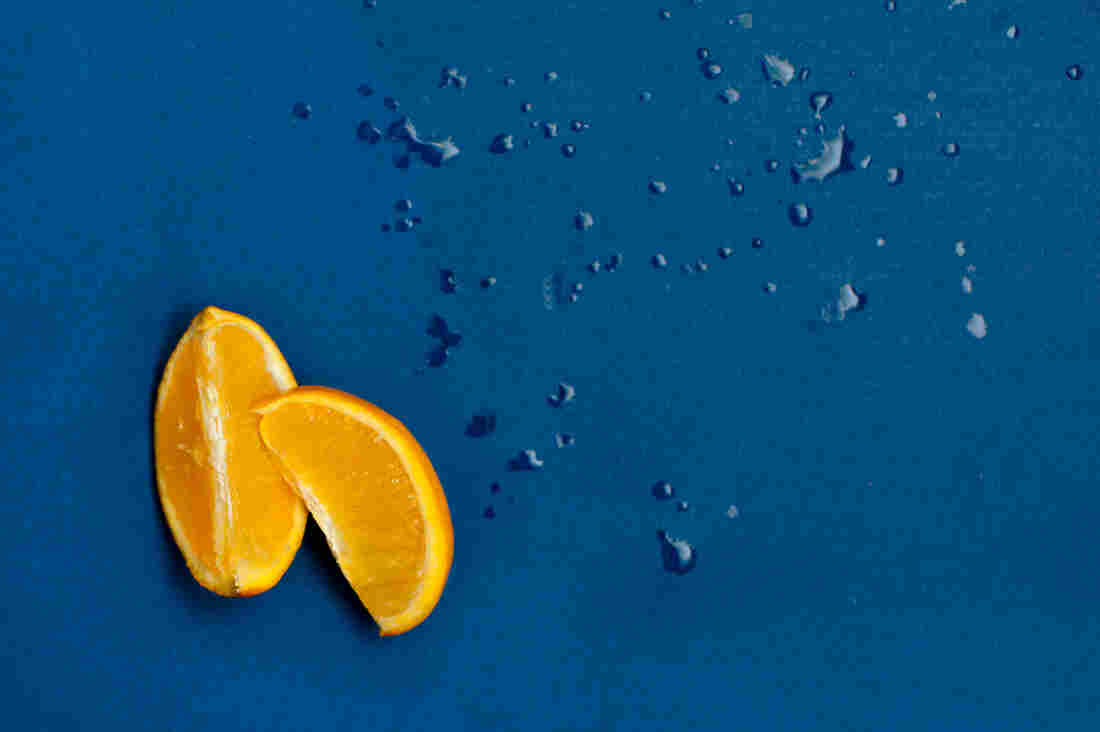 A Reddit subgroup has been busy discussing the benefits of eating oranges in the shower. We asked three NPR journalists to investigate whether the act is as life-changing as some people claim. Claire Harbage/NPR hide caption 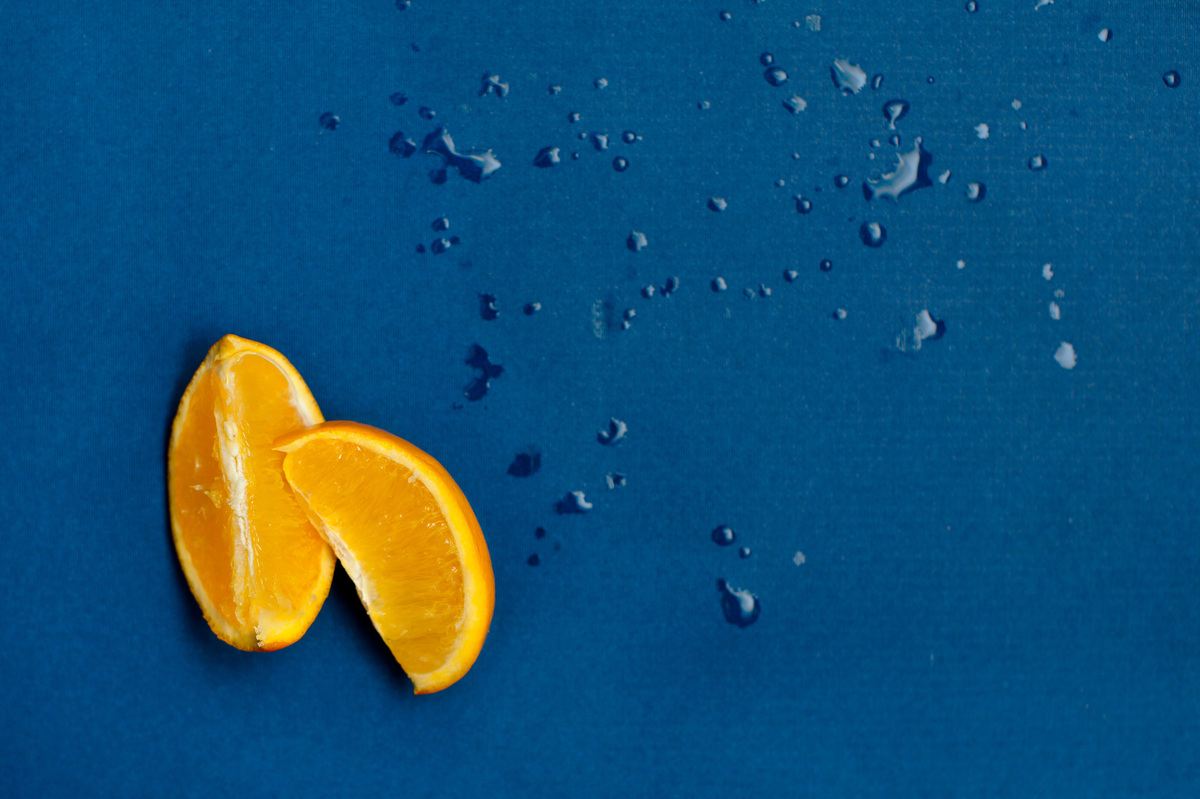 A Reddit subgroup has been busy discussing the benefits of eating oranges in the shower. We asked three NPR journalists to investigate whether the act is as life-changing as some people claim.

Here are the claims: Oranges taste better in the shower. Eating oranges in the shower will make you happy. The shower orange experience could turn your entire life around.

Thousands of Reddit users have been finding out for themselves. And they have chronicled their adventures on the subreddit /r/ShowerOrange/.

To sort fact from fiction, White House Correspondent Scott Horsley, Science Editor Geoff Brumfiel and All-Around-Genius Sam Sanders stepped into shower stalls at NPR's Washington, D.C., headquarters. (We wanted a diversity of expertise and opinions on the matter.) Then, they ate some oranges. Here's what they learned.

Which kind of orange works best?

You're in the shower with an orange. Now what?

Peel it! Sam tried to put the peels in the soap dish. Geoff dropped his on the floor. (Some Reddit users advocate biting through the skin, but come on, this is NPR. We peel our oranges.)

Does the shower orange taste better?

Geoff: "Yes, absolutely. I ate half the orange in the shower and finished the other half outside the stall. There was a discernible difference."

Scott: "For me, the smell was more intense. The taste wasn't terribly different."

Sam: "The orange did not TASTE better. It did smell better. But I couldn't focus on any of that because I was too worried about whether seeds were gonna clog the drain, where I was gonna put the peels, and what I was gonna do with that orange juice stain on the shower curtain!"

Is there any scientific basis for why showers would make oranges better?

Conclusively establishing why an orange tastes or smells differently in the shower would likely require years of careful study. In the absence of that, we asked Johan Lundström at the Monell Chemical Senses Center in Philadelphia to make an educated guess: "The only thing I can think of is that the heat makes the orange odors more volatile and this, merged with the increase in mucosa humidity, makes the orange odor smell more in the mouth," Lundström said in an email.

Since 90 percent of flavor comes from smells traveling through the mouth to olfactory receptors in the nose, it might also explain why an orange would taste better under a shower stream.

Did eating an orange in the shower change your life?

Geoff: "Not really. But it made me happy in the moment. I'd do it again."

Scott: "I don't think showering with an orange in the privacy of my home would be life-changing. But doing so on national radio certainly was."

Sam: "This event was not life-changing. It was annoying."