Accessibility links
Political Perspectives Are The Main Course At These Dinner Gatherings : The Salt Most supper soirees aren't strategic ways to get people to work through their disagreements. But two friends have created the ongoing event, "Make America Dinner Again," to get folks talking.

Listen · 3:55 3:55
Political Perspectives Are The Main Course At These Dinner Gatherings 3:55 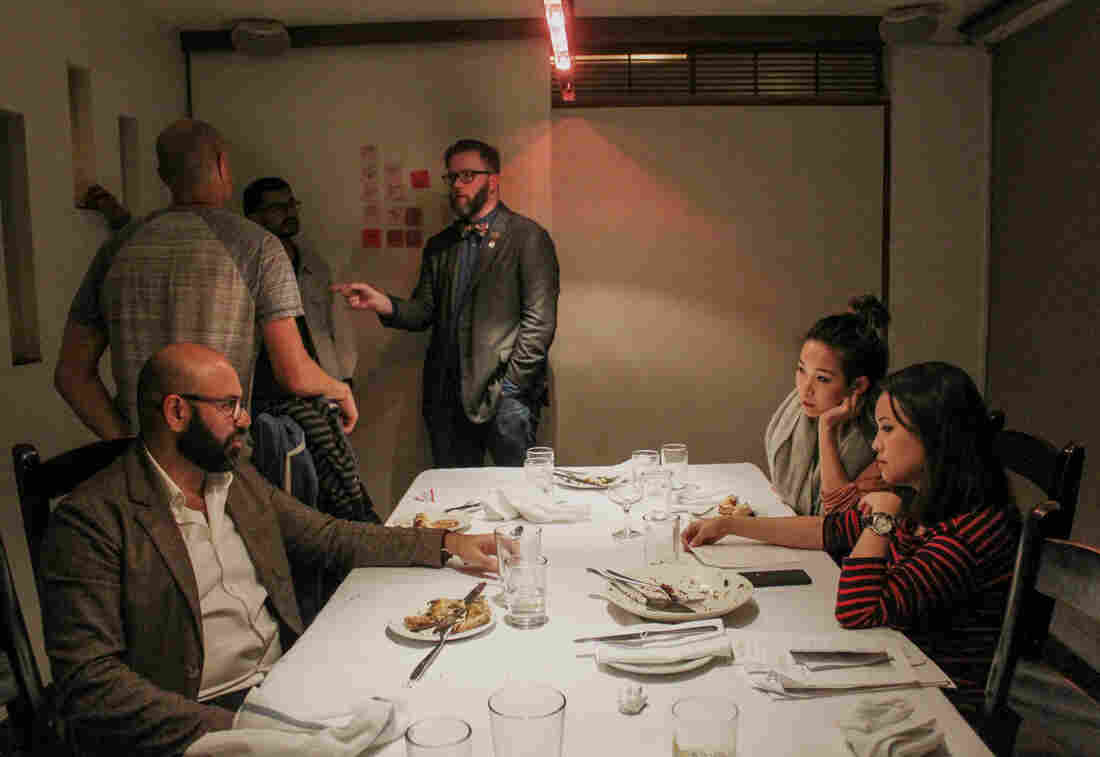 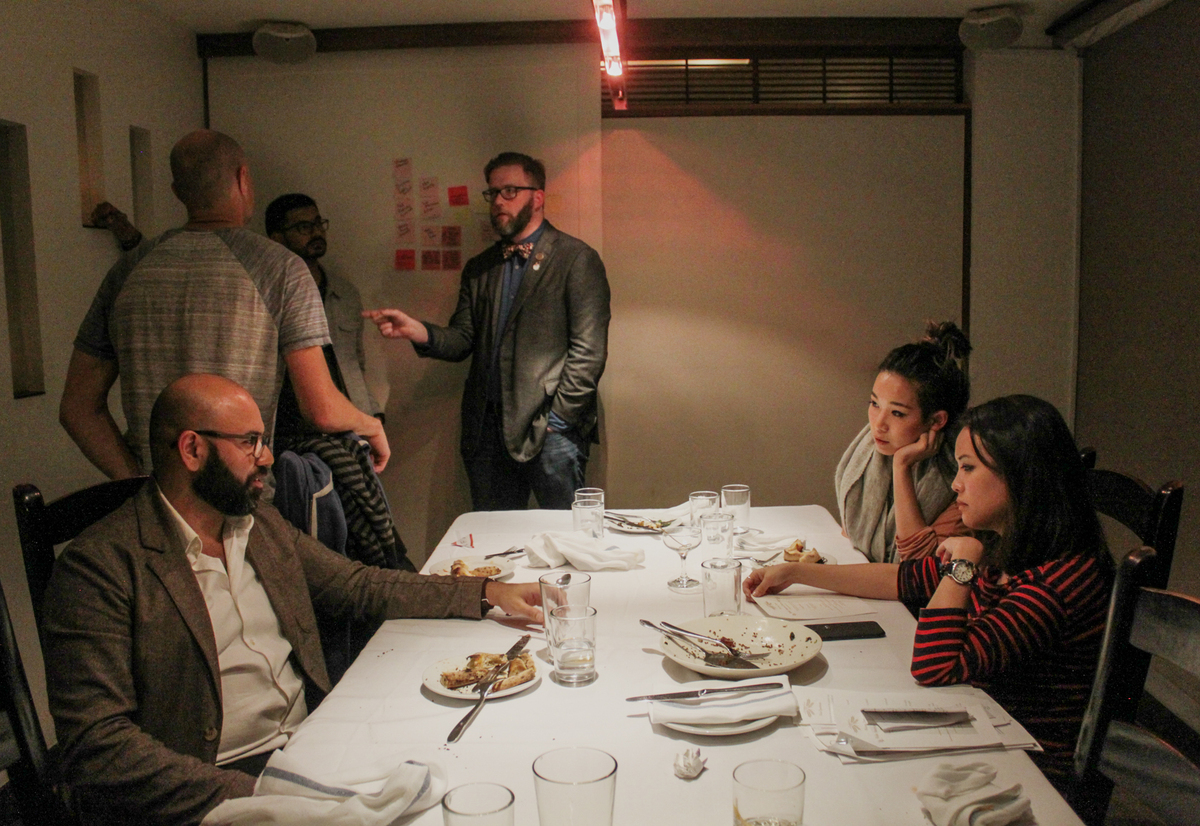 After the upset results of the presidential election, some people felt motivated to become politically active. Justine Lee? She got the urge to host a dinner.

But not your typical dinner party, where, if politics seeps into the conversation, things typically don't turn volatile because all the guests likely share the same views. No, Lee was interested in the opposite: a gathering over a meal where all sorts of perspectives get aired.

So Lee, a marketing professional, teamed up with her friend Tria Chang, who works education technology, to launch "Make America Dinner Again," a series of dinners in the Bay Area that brings together strangers whose views range the political spectrum.

They figured that a dinner is a warm and non-threatening way to chew on different ideas and have diverse opinions co-exist. While some people they invited had the opposite reaction, careful planning and gentle wording helped them convince others.

At the first such gathering, in late January, they gathered 10 people, including themselves, at Local Kitchen & Wine Merchant, a swanky pizza restaurant in San Francisco. Tucked into a private room, they reveal a bit of their histories as they start to talk politics. Among the dinner guests is Walt Shjeflo, an attorney originally from North Dakota.

"I voted for Trump," Shjeflo reveals, "but the vile statements surprised me," referring to the reactions from his liberal friends after the election.

Another guest, Rachel Williams, heads diversity at Yelp. "Eight years of a black president does not excuse or erase 400 years of slavery and oppression and all that," she told her fellow guests. 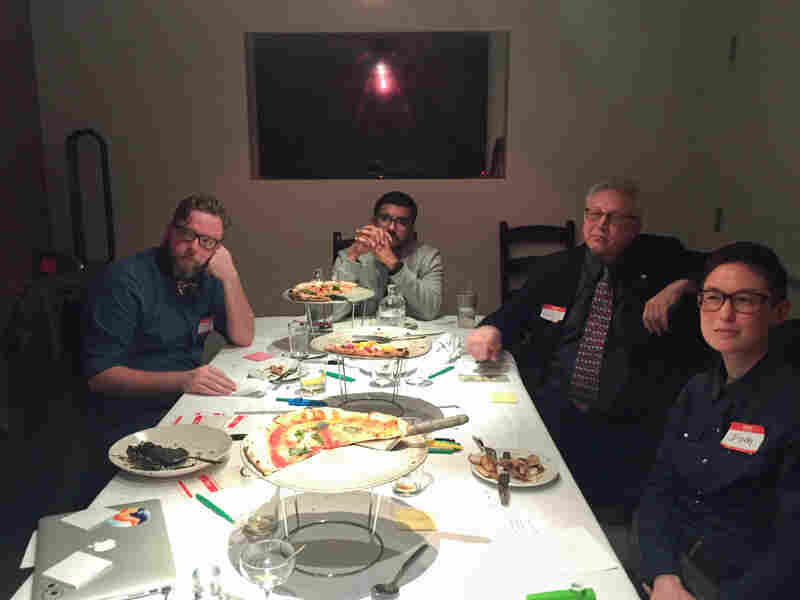 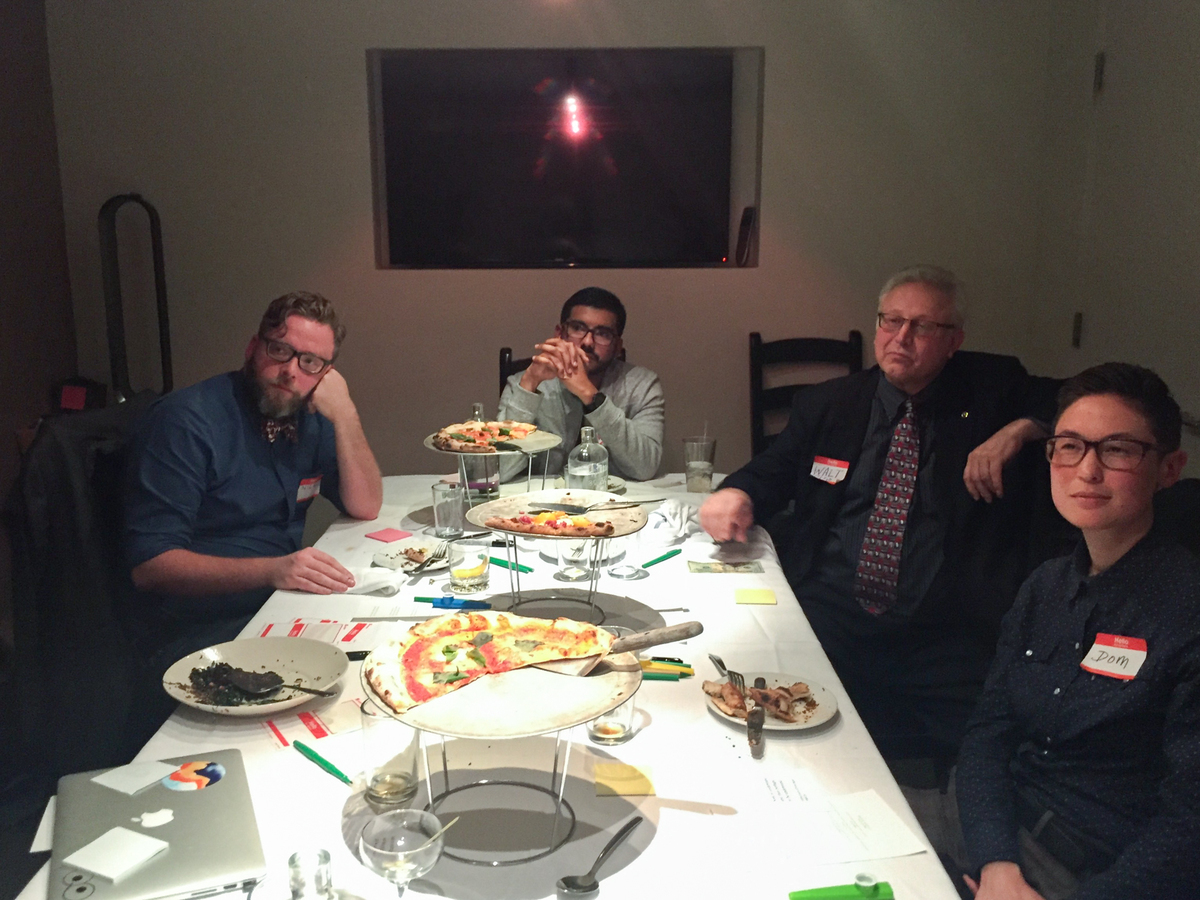 And Affan Khokhar, who works at a technology company, is a first-generation Pakistani-American who was raised in a Muslim family. He grew up in a Trump stronghold in New Jersey, but he says he's never tested politically in the very liberal Bay Area.

"I mean, it's pretty much just like my Facebook [feed] living in front of me," he says, referring to the liberal bubble of the Bay Area.

As the guests dine on margherita, mushroom and pepperoni pizzas, organizers Lee and Chang pose questions to stir discussion. The group quickly delves into different issues that strike a personal chord. At one point, Shjeflo compares North Dakota with the Bay Area when it comes to certain struggles.

"Is that because there's a lot less women and a lot less black people?" Williams, who is African American, asks with a laugh. "Because I don't know too many sisters that live in North Dakota!"

To which Shjeflo, who is white, replies: "Rachel ...You're right, I'll tell you this on that."

"You know anybody who looks like me?" she asks.

His answer: "I never saw a black person live till I was 12 years old."

Alongside the dinner's larger group discussion is time set aside to talk in pairs.

Dom Brassey, an LGBTQ activist, says her own reaction to hearing Shjeflo's more conservative opinions was a wake-up call.

"It reminded me of why I think so many people give into the temptation to retreat from the dispute. 'I'm not convinced I need to convince!' ... Why do I need to build this relationship, why do I need to hear this kind of framing?"

She asks Shjeflo, "What did you think?"

He says, "That would be really nice, wouldn't it, to have some place where you go where there's both sides of the story?"

They all agree that this dinner is one way to speak and listen rather than argue. But, while it remains cordial, no one has a complete change of heart in the end.

Khokhar says what he realized most during the dinner has more to do with himself.

The hosts of this event have created an online guide for people around the country who want to organize something similar — so people anywhere can try to Make America Dinner Again.