Accessibility links
Piro's Taco Trucks Are Beloved. Now He Is Facing Deportation : The Salt President Trump has said immigration agents are singling out "bad ones" for deportation. So some Houstonians are asking why they took Piro Garcia, a Guatemalan who became an immigrant success story.

In his address to Congress last week, President Trump said this about the kinds of people his immigration agents are singling out for deportation:

"We are removing gang members, drug dealers and criminals that threaten our communities and prey on our very innocent citizens. Bad ones are going out as I speak."

Then why, some Houstonians are asking, did immigration agents target Piro Garcia, the owner of two popular taco trucks on the city's Southside?

"Hi friends, good afternoon! I'm Piro, making fresh gorditas for you," says the grinning taco king of South Post Oak Road, on an old Facebook video. He is wearing a red ball cap, standing inside his taco truck, throwing dough on the grill.

Piro is Armando Garcia Mendez, 41 years old. He was born in Guatemala and fled to the United States in 1994 to avoid conscription by the armed forces in the midst of a civil war. He was caught by the Border Patrol and deported the first time. Then he tried again and made it to Houston.

Garcia has spent the past 23 years living out the immigrant success story. He started as a restaurant cook and went on to own two taco trucks.

Shortly before dawn four weeks ago, Garcia was preparing one of his trucks for the breakfast crowd. Four agents in ballistic vests emblazoned with "ICE Police" rushed out of an unmarked vehicle, handcuffed him, and took him away. 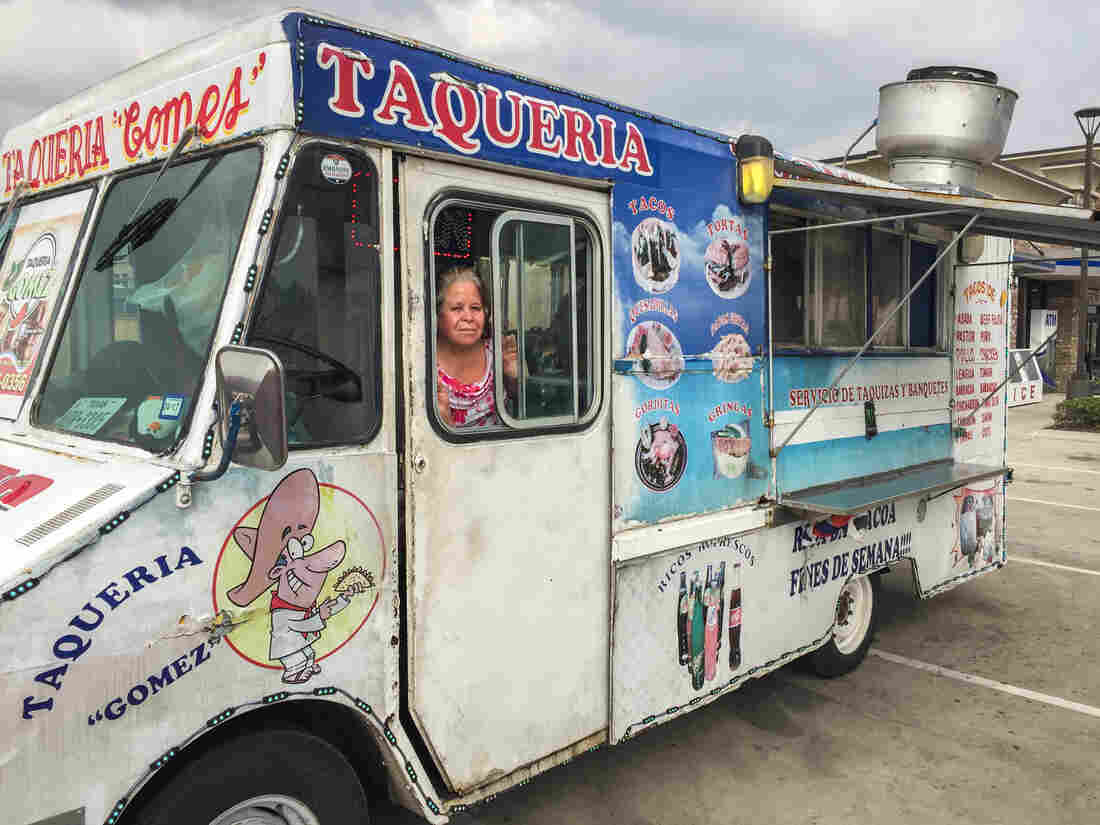 Piro Garcia's employees — like this one — are struggling to keep his two taco trucks open without their owner, who is awaiting deportation. John Burnett/NPR hide caption 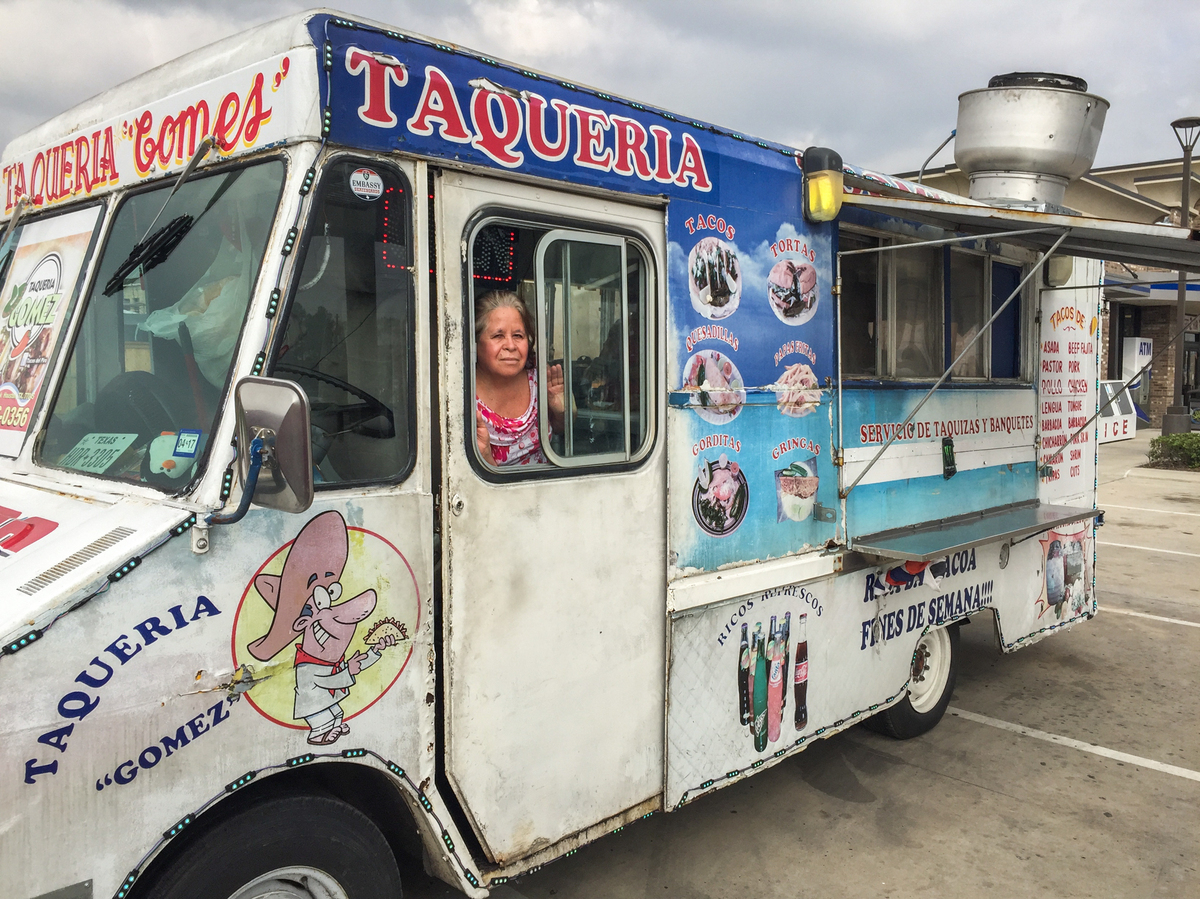 Piro Garcia's employees — like this one — are struggling to keep his two taco trucks open without their owner, who is awaiting deportation.

"He's my right hand. He washed the trucks every day," says his despondent wife, Rosie. "He bought the meat and the vegetables. It takes two people to run these trucks. I don't know how I'll do it alone."

Garcia has had brushes with the law in Houston. His criminal record shows charges for misdemeanor assault, trespassing and having a fake vehicle inspection sticker.

But the charge that got him arrested was the old deportation order from 1994. It languished under three different administrations that didn't go after him. Obama's immigration police, for instance, prioritized serious felons.

Trump's Homeland Security Department has said there will be "no mass deportations" of the 11 million people believed to be in the country illegally. Among those immigrants whom authorities are aggressively pursuing are the nearly 1 million who have outstanding deportation orders, like Piro Garcia.

"Under the Trump administration, he's considered a criminal because he has these three minor offenses. But they equate him and he's at the same level of somebody who kills somebody," says Garcia's immigration lawyer, Raed Gonzalez.

Asked to comment on Garcia's case, the Houston ICE office emailed: We are "focused on smart, effective immigration enforcement that targets criminal aliens who present the greatest risk to the security of our communities."

This kind of statement outrages the fiercely loyal customers of Piro's tacos.

"There's plenty of illegal immigrants here that are breaking the law, selling drugs, prostitution. That's who they should go after, not the hard-working people that are trying to make a living honestly," says Paul Eberson, an Army veteran who keeps a workshop next to one of Piro's food trucks. "He was a good guy, he always helped people. He had a good family. Everybody loves his tacos."

There is now a Go Fund Me page — "Free Piro!" — to help with his legal defense, which looks increasingly bleak. It was started by local attorney Debra Catlett, who has known Garcia for nearly 20 years. 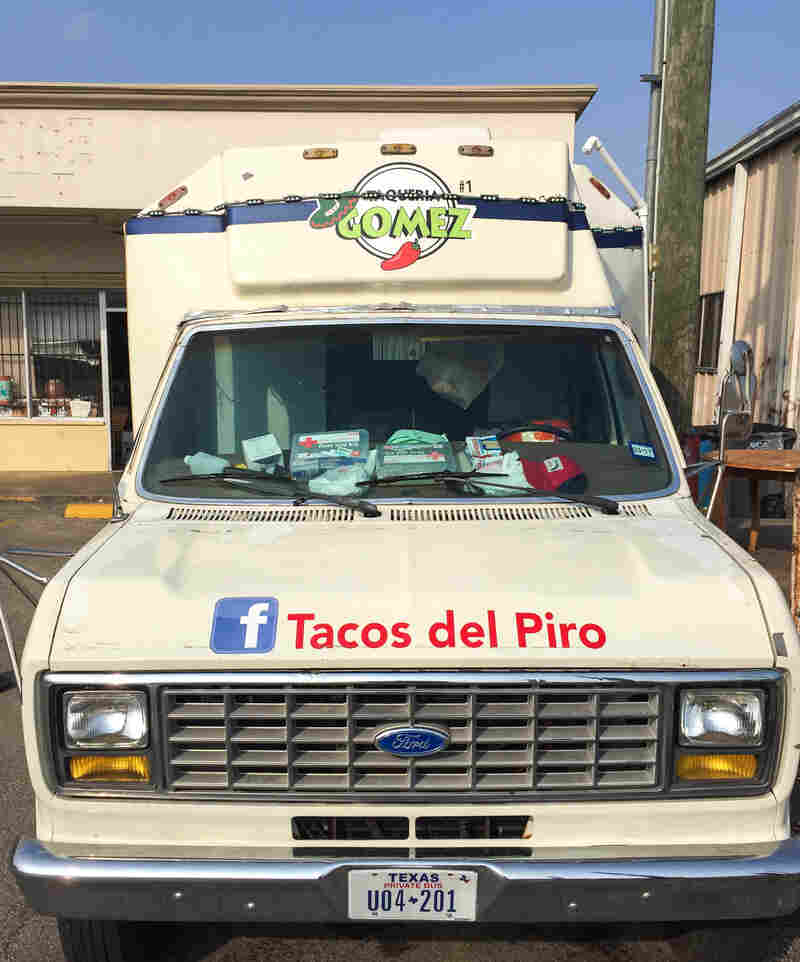 One of Piro Garcia's two taco trucks. "He was a good guy, he always helped people. He had a good family. Everybody loves his tacos," says Paul Eberson, an Army veteran who keeps a workshop next to one of Piro's food trucks. John Burnett/NPR hide caption 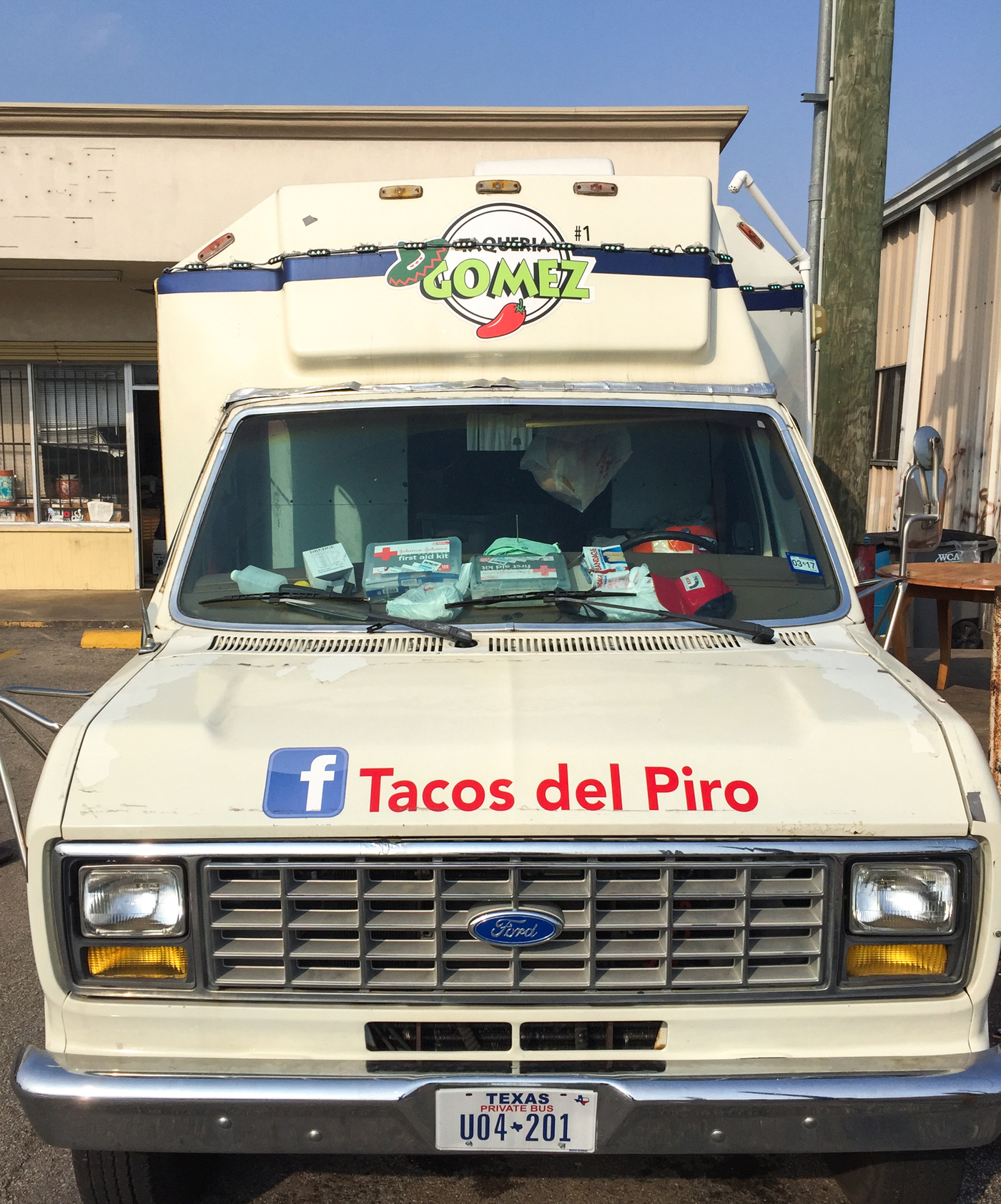 One of Piro Garcia's two taco trucks. "He was a good guy, he always helped people. He had a good family. Everybody loves his tacos," says Paul Eberson, an Army veteran who keeps a workshop next to one of Piro's food trucks.

"Piro is just a very special person," she says. "Not to say he doesn't have his faults. He's worked hard. He's a taxpaying member of our community."

The government's widening dragnet to round up immigrants who have no legal status has sent a bolt of terror through unauthorized populations. The arrest of Piro, in particular, rocketed around social media in South Houston.

"I'm scared all the time," says Leticia, her voice cracking. She owns a retail business down the street from one of his taco trucks. She asked to use only her first name because she, too, is in the country illegally, though she has no pending removal order. For 25 years in Houston, she quietly built her business, bought a home, and raised five children. Trump's crackdown has changed everything.

Piro Garcia sits in a detention center in Houston awaiting deportation back to the country he hasn't seen in nearly a quarter century. Meanwhile, his wife, Rosie, is working 15-hour days to keep the taco trucks open.