Accessibility links
Un-Sweetened: How A Maryland County Cut Soda Sales Without A Soda Tax : The Salt Over three years, a campaign urged Howard County, Md., residents to pare back on sugary drinks — through ads, social media, health counseling and changes to what vending machines sold. And it worked.

Un-Sweetened: How A Maryland County Cut Soda Sales Without A Soda Tax

Un-Sweetened: How A Maryland County Cut Soda Sales Without A Soda Tax 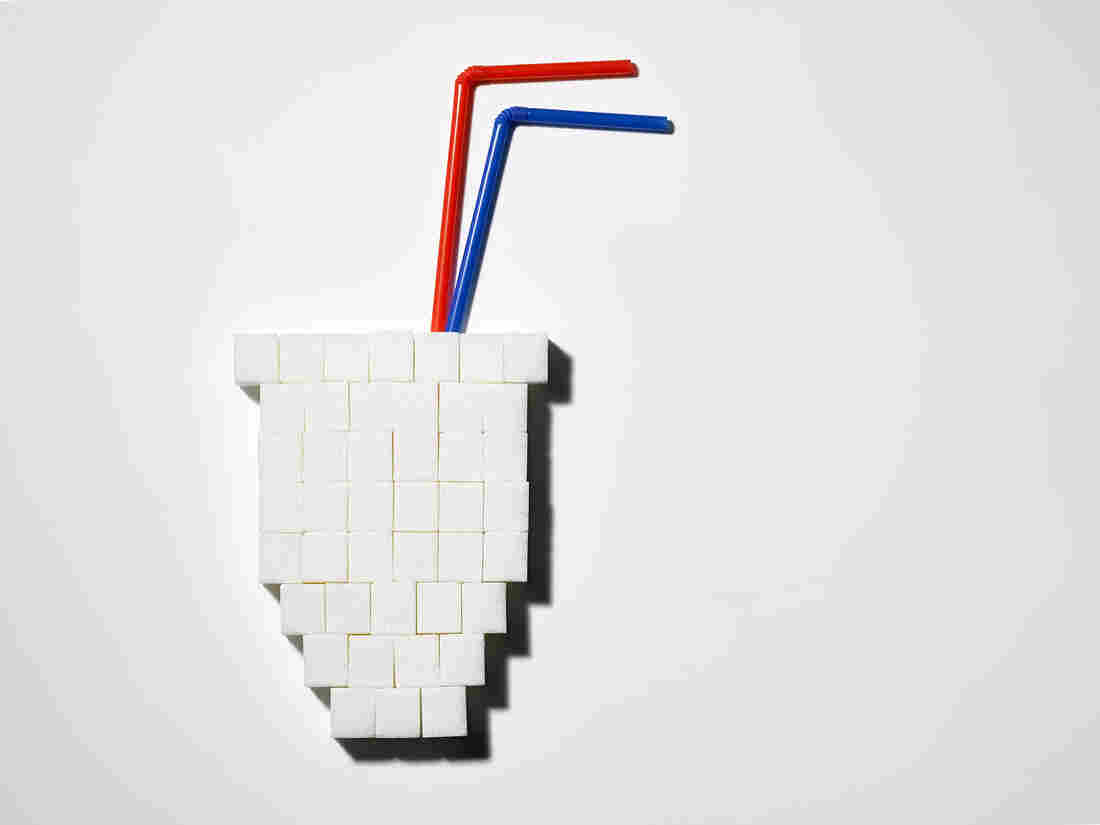 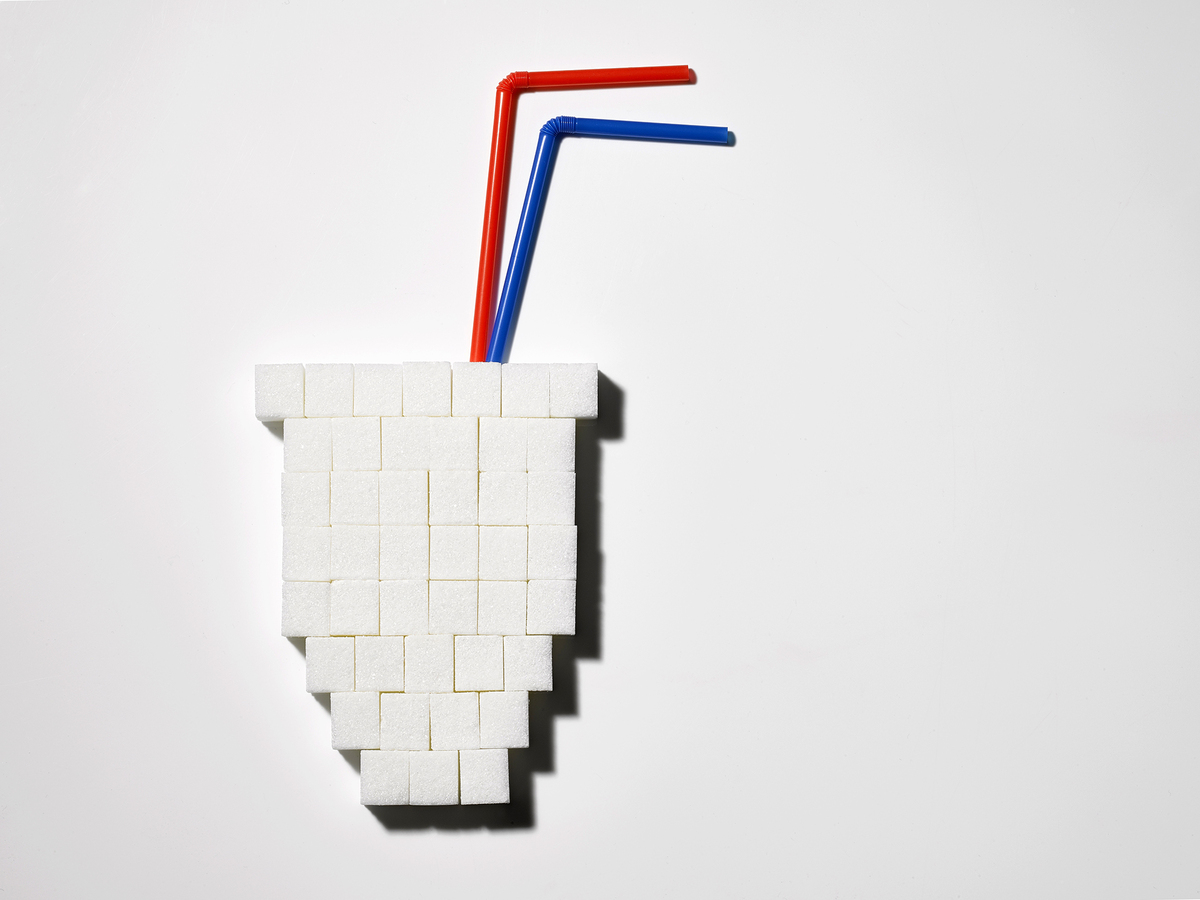 Over three years, a campaign urged Howard County, Md., residents to pare back on sugary drinks — through ads, social media, health counseling and changes to what vending machines sold. And it worked.

A three-year campaign in Howard County, Md., aimed at curbing the community's sweet tooth led to a significant decline in sales of sugary drinks.

According to an analysis published in the Journal of the American Medical Association, Internal Medicine, the Unsweetened campaign led to a 20 percent decrease in sales of soda and a 15 percent decline in fruit drink sales between January 2013 and December 2015.

"This policy-focused campaign provides a road map for other communities to reduce consumption of sugary drinks," write the authors of the JAMA Internal Medicine paper who evaluated the Unsweetened campaign.

The community-led campaign, funded by the Horizon Foundation, a nonprofit dedicated to health and wellness, included TV and outdoor advertising, as well as a social media campaign. The campaign also worked with healthcare professionals — including pediatricians — to improve messaging that pediatricians could use to educate their patients on the risks associated with excessive sugar intake, including obesity and Type 2 diabetes.

In addition, community partners advocated for policies to reduce consumption of all sugary drinks — including a new local law that promotes access to healthier food and drink options on local government property, such as vending machines at parks and other government buildings.

The campaign ran some edgy ads and activities. For instance, this ad dubbed Hey Coca-Cola, There's a Better Way mimicked Coke-style ads with a snappy jingle.

The ad shows volunteers for the Unsweetened campaign approaching people drinking sodas in public places, such as parks, and trying to convince them to swap their sugary drinks for water.

The "soda-swapping" wasn't just a one-off activity to film the ad. Volunteers led these swaps at public events throughout the campaign. "This was a way they tried to have active conversations with people in the community," explains Marlene Schwartz, director of the Rudd Center for Obesity & Food Policy. She's an author of the new paper that evaluates the campaign.

The volunteers took a playful, polite approach to the "swaps," but it was a fairly in-your-face tactic. I asked the campaign, did they ruffled feathers with this technique?

"We didn't have pushback or negative responses," Horizon Foundation President and CEO Nikki Highsmith Vernick told us. "But ... we acknowledge that change can be hard."

"One response we've often heard from people is that they don't just want water," Vernick told us. The group points people to its Better Beverage Finder, a tool that offers 300+ no-sugar and low-sugar alternatives to sugary drinks.

"But my personal opinion is that changes to the actual environment ... [have] a big impact," she says. She points to policy changes that limited beverage choices at schools. "You're changing what's easiest for people to purchase."

Schwartz says her other hypothesis is that "some of the most controversial things the [Unsweetened campaign] did — such as changing what was allowed to be sold in vending machines on government property — got a lot of discussion in the press."

There were people who were against the policy, and there were debates about it. While criticism may sound like a negative outcome, Schwartz's hunch is that the controversy brought more attention to the issue.

"What it does is it engages the community in the conversation about sugary drinks," she says. "So even if you disagree with the policy, you can't help but learn that sugary drinks are a big enough deal that government is [considering] a new policy."

One thing Maryland's Howard County did not do? Pass a soda tax. "In Howard County, we do not have the legislative authority to institute a tax," explains a Horizon Foundation spokesperson.

"Sugary drink taxes are gaining momentum around the country, and early results are showing that they work," Horizon's Vernick told us. But she says when it comes to nudging communities to make healthier choices, it "should not be an either/or question." She says a comprehensive approach seems to work best.

"Ultimately, we believe that the combination of good policies and strong community outreach will create the most effective results," Vernick says.