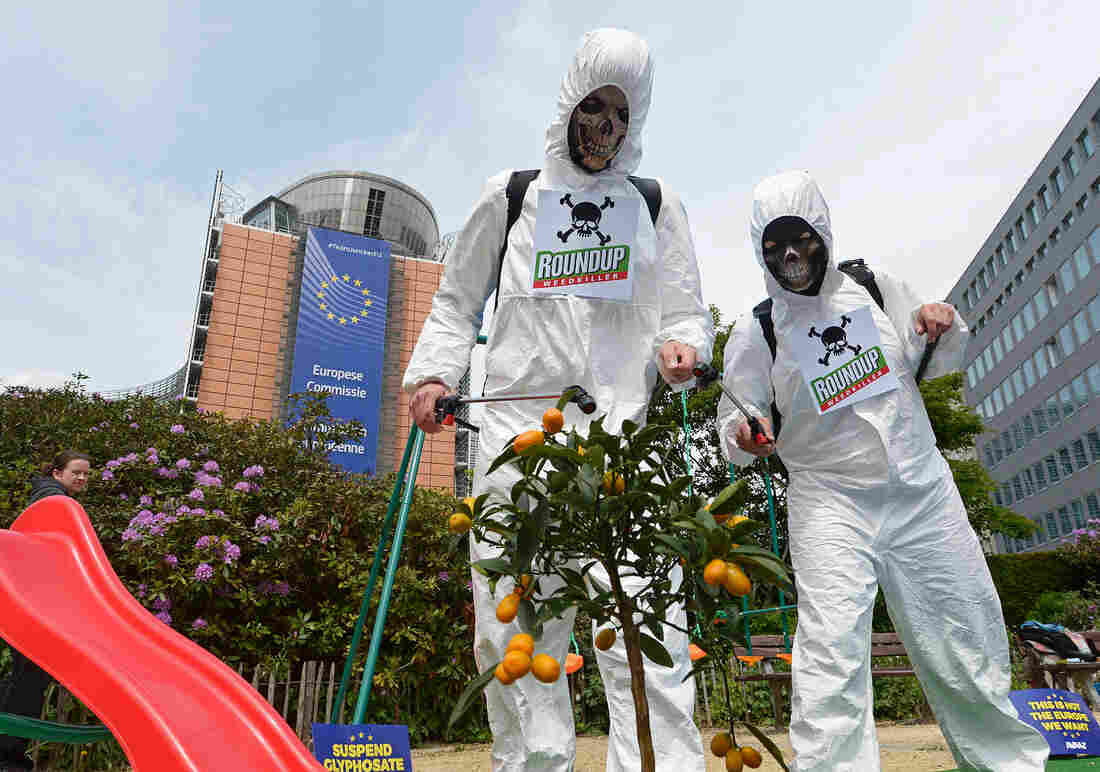 Last May, members of the Avaaz civic organization dressed as crop-sprayers in Brussels to protest the European Commission's plans to re-license glyphosate, the popular weed-killer sold by Monsanto under the brand name Roundup. John Thys/AFP/Getty Images hide caption 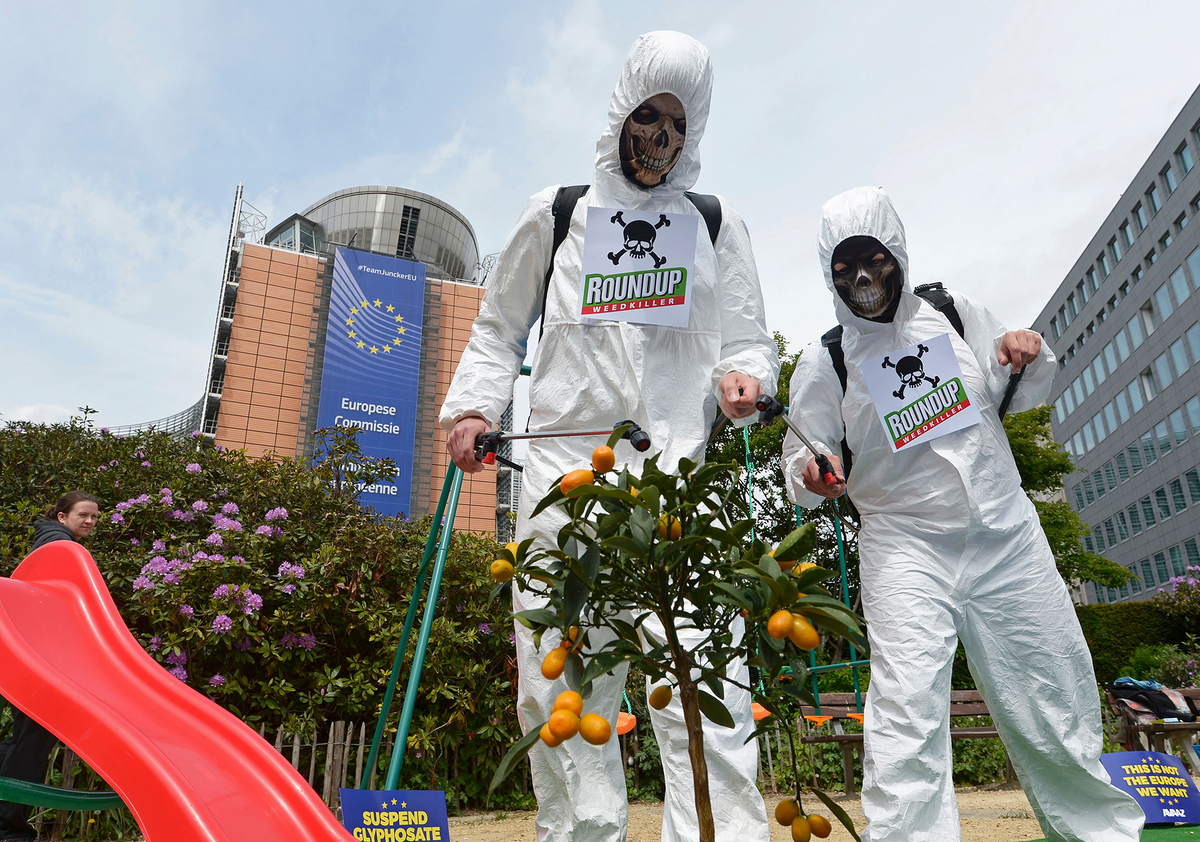 Last May, members of the Avaaz civic organization dressed as crop-sprayers in Brussels to protest the European Commission's plans to re-license glyphosate, the popular weed-killer sold by Monsanto under the brand name Roundup.

Two years ago, a U.N.-sponsored scientific agency declared that the popular weedkiller glyphosate probably causes cancer. That finding from the International Agency for Research on Cancer caused an international uproar. Monsanto, the company that invented glyphosate and still sells most of it, unleashed a fierce campaign to discredit the IARC's conclusions.

New details of the company's counterattack came to light this week. Internal company emails, released as part of a lawsuit against the company, show how Monsanto recruited outside scientists to co-author reports defending the safety of glyphosate, sold under the brand name Roundup. Monsanto executive William Heydens proposed that the company "ghost-write" one paper. In an email, Heydens wrote that "we would be keeping the cost down by us doing the writing and they would just edit & sign their names so to speak." Heydens wrote that this is how Monsanto had "handled" an earlier paper on glyphosate's safety.

That earlier paper, published in 2000, acknowledges Monsanto's help in assembling the data, but does not list any Monsanto employees as co-authors.

The emails also offer hints of a friendly relationship between Monsanto and a senior regulator at the Environmental Protection Agency, Jess Rowland. The EPA was already doing its own assessment of glyphosate's health risks, but after the U.N. report appeared, the Centers for Disease Control and Prevention apparently was considering launching its own study.

In late April, 2015, Rowland called a regulatory expert at Monsanto, Daniel Jenkins, to ask who at the CDC was working on the glyphosate study. Jenkins reported on the conversation in an email to his colleagues. He wrote that Rowland "told me no coordination is going on and he wanted to establish some saying 'If I can kill this I should get a medal."

In a separate email in September, 2015, Jenkins wrote that "Jess will be retiring from EPA in ~5--6 months and could be useful as we move forward with ongoing glyphosate defense." Rowland has since retired from the EPA.

The documents were collected as evidence in a lawsuit that a group of cancer victims have brought against Monsanto in California. Lawyers for the plaintiffs are arguing that Monsanto executives colluded with officials at the EPA to downplay glyphosate's health risks.

The EPA concluded last fall that glyphosate is unlikely to cause cancer. Other scientific groups have come to similar conclusions, including a committee from the European Food Safety Agency, another U.N. agency, the Food and Agriculture Organization, and just today, the European Chemical Agency, ECHA.