Accessibility links
Let Them Eat Bread: The Theft That Helped Inspire 'Les Miserables' : The Salt Anyone who has read or seen Victor Hugo's masterpiece knows the plot turns on the theft of a simple loaf of bread. There was no sharper barometer of economic status in 19th-century France than bread. 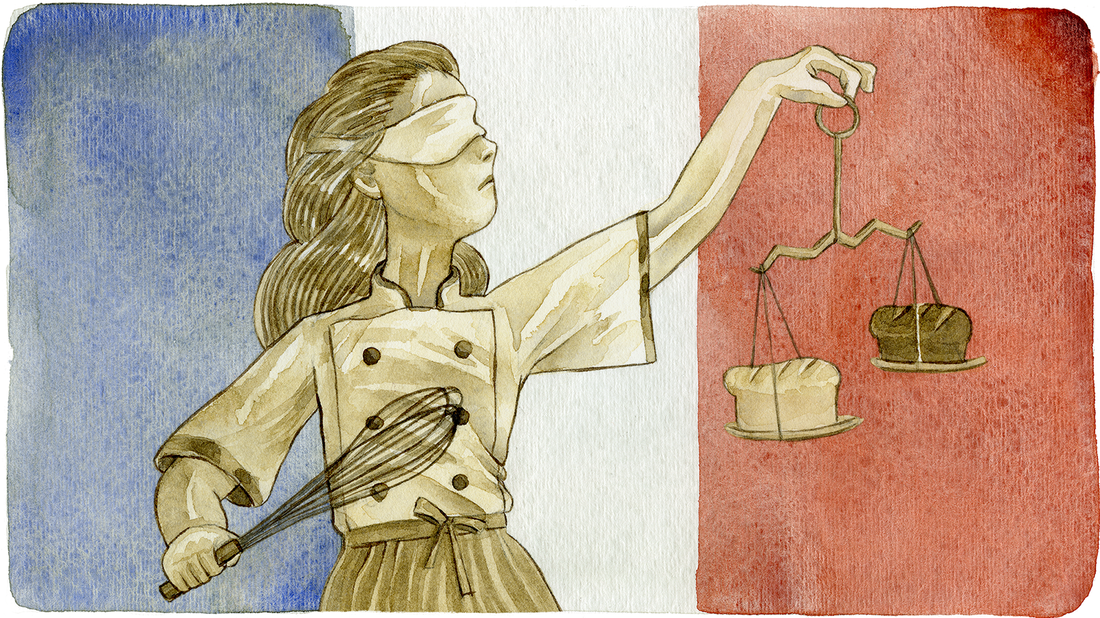 Anyone who has read or seen Victor Hugo's masterpiece knows the plot of Les Miserables turns on the theft of a simple loaf of bread. There was no sharper barometer of economic status in 19th-century France than bread. Minnie Phan for NPR hide caption 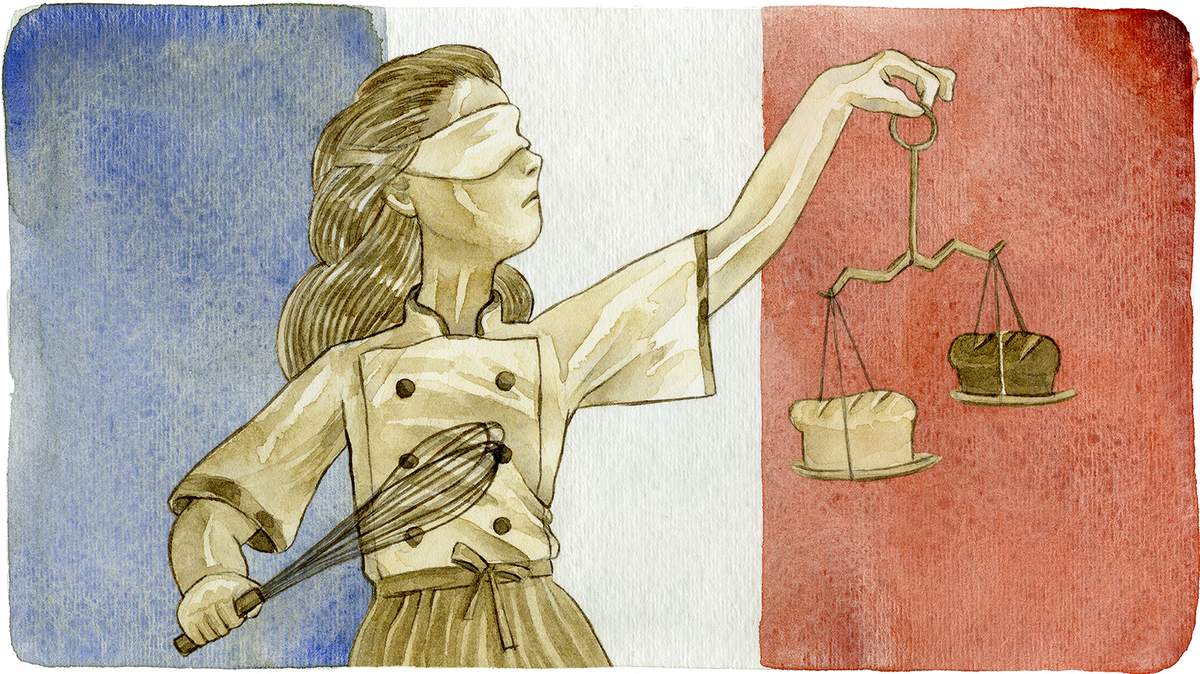 Anyone who has read or seen Victor Hugo's masterpiece knows the plot of Les Miserables turns on the theft of a simple loaf of bread. There was no sharper barometer of economic status in 19th-century France than bread.

On a bitterly cold day in February 1846, the French writer Victor Hugo was on his way to work when he saw something that affected him profoundly.

A thin young man with a loaf of bread under his arm was being led away by police. Bystanders said he was being arrested for stealing the loaf. He was dressed in mud-spattered clothes, his bare feet thrust into clogs, his ankles wrapped in bloodied rags in lieu of stockings.

"It made me think," wrote Hugo. "The man was no longer a man in my eyes but the specter of la misère, of poverty."

Anyone who has read or watched Les Misérables will recognize that wretched scene immediately. It is retold in The Novel of the Century: The Extraordinary Adventure of Les Misérables, a new book out this month by Princeton professor David Bellos, which tells the fascinating story behind Hugo's 1862 masterpiece.

When Hugo witnessed that scene, he was already three months into writing his novel. Until then, it had centered around Fantine, a poor woman forced into prostitution to earn a crust of bread. Into that plot, he folded the story of Jean Valjean, an out-of-work peasant who steals a loaf of bread in order feed not just himself but his sister and her seven children. Hugo lays out the family's circumstances in a few short, harsh lines:

"A very hard winter came. Jean had no work. The family had no bread. No bread literally. Seven children!"

For his crime, Valjean is sentenced to five years' hard labor. Hugo uses that loaf to smite society's conscience and highlight the injustice of the penal system. Much of his 1,500-page novel turns on that one desperate act. After describing the theft, he breaks the narrative thread to make an authorial intervention:

"This is the second time ... that the author of this book has come across the theft of a loaf of bread as the point of departure for the disaster of a destiny. ... English statistics prove the fact that four thefts out of five in London have hunger for their immediate cause."

Hugo fought the social injustice of poverty all his life. "Like Dickens in England, Hugo wanted to alert people that something had to be done about the paupers in Paris," writes Bellos. "His maiden speech in the Chambre des pairs, the upper House, to which he had been appointed a peer, was on la misère. After all, he was writing at a time when children were imprisoned even for minor offences like stealing peaches from a tree." 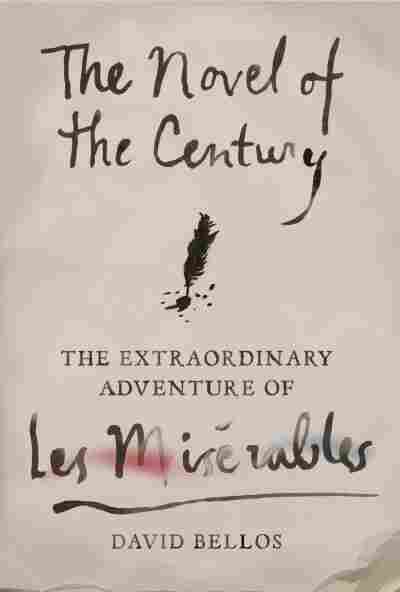 The Novel of the Century

The Extraordinary Adventure of Les Miserables

Bread, of course, had a radical symbolism in a novel set in the shadow of the French Revolution. Whether or not the doomed Marie Antoinette said, 'Let them eat cake,' the rumblings that led to the storming of the Bastille in 1789 started with bread riots.

A string of failed harvests had caused an acute bread shortage and spiraling prices, which brought women out on the street. Their target were the city's bakeries, which were ransacked and cleaned out. Most bakeries – including the one Jean Valjean steals from – were fronted with an iron grating to protect them from the fury of the mob.

There was no sharper marker of economic status in 19th-century France than bread. The country was divided into rich people who ate soft white bread (larton savonné) and poor people who ate coarse black bread (larton brutal) made from rye, into which bakers mixed sawdust, tree bark and other additives.

The loaf that Valjean steals, in the winter of 1796, is "not the stick loaf we now think of as 'French bread,' " writes Bellos. "The white-flour baguette was not invented until 1838, and it remained a high-priced specialty for decades after that. The standard loaf of the poor in nineteenth-century France was an oval loaf weighing four and a half pounds, with a thick black crust and heavy grey meal inside. Not the sort of thing you would want to eat nowadays."

Almost everyone in Les Misérables eats black bread. But, as the novel shows, not all black bread is equal. The rural poor are reduced to eating black bread "so hard that they cut it up with an axe, and soak it for twenty-four hours, before they can eat it." In one scene, an abject prisoner "raised to his mouth something like a black stone, which he seemed to be gnawing; it was bread." And in another, a starving young girl named Eponine catches sight "of a dry crust of bread on the commode, which was molding there amid the dust; she flung herself upon it and bit into it, muttering: 'That's good! it's hard! it breaks my teeth!' "

Two characters who can easily afford soft white bread choose instead to eat the pauper's loaf – in both cases, bread becomes a barometer of character. The first is the good Bishop Myriel, whose frugal breakfast is "rye bread dipped in the milk of his own cows."

And the second is Valjean, who is tormented by his tragic past. His five-year sentence balloons to 19 years because of his repeated and failed attempts to escape. When he eventually manages to spring free, he works hard to become an extremely wealthy man. But he continues to eat black bread. Cosette, his beloved adopted daughter, is horrified.

"Father, why do you eat horrible bread like that?"
"Because, my daughter."
"Well, if you eat it, I will eat it too."
Then, in order to prevent Cosette eating black bread, Jean Valjean ate white bread.

There is an unplumbed world of heartbreak and sorrow in that seemingly inarticulate "Because." Despite his long imprisonment and atonement through innumerable acts of charity, Valjean is still haunted by a trail of crumbs from the loaf he stole as a young man.

Les Misérables was an instant bestseller, not just in Europe but in the U.S., a country then in the throes of civil war. It became the favorite reading material of weary Union and Confederate troops — the latter even called themselves Lee's Miserables. One can imagine the hungry men reading installments by campfire light and relating to the hard-as-stone bread that Fantine, Eponine and Valjean ate. The Confederate soldiers as they chewed on their Johnnycakes – griddle cakes made of corn meal, salt, and boiling water – and the Union soldiers as they gnawed on hard tack (made from wheat flour, salt, water), jeeringly nicknamed jawbreakers and worm castles.

Recalling Hugo's contribution is especially timely right now, with President Trump's new budget calling for the elimination of the United States' McGovern-Dole program, which provides meals to millions of schoolchildren in poor countries.

During his political exile on the island of Guernsey, Hugo, finding himself at a loose end one day while waiting for a batch of proofs of Les Misérables to arrive, spontaneously invited 10 poor children to his house for a meal.

"The first diner des pauvres, or 'poor dinner', was a great success," says Bellos. "Hugo decided to repeat it every other Tuesday."

As news of the meals spread, the idea was replicated in the poor parishes of London and other cities. "It ultimately led to the introduction of canteens in publicly funded schools," writes Bellos. "Free school lunches, which became a universal right in Britain and France only two generations ago, can be traced back directly to the initiative Hugo took."

Alongside the free lunches, Hugo's great novel, too, has endured. As he wrote to his Italian publisher: "Wherever men go in ignorance or despair, wherever women sell themselves for bread, wherever children lack a book to learn from or a warm hearth, Les Misérables knocks at the door and says: 'open up, I am here for you.' "