Accessibility links
Why More Farmers Are Making The Switch To Grass-Fed Meat And Dairy : The Salt Advocates of grass-grazing cattle say it's better for the environment and the animals. But there's another upside: Grass-fed meat and dairy fetch a premium that can help small farms stay viable. 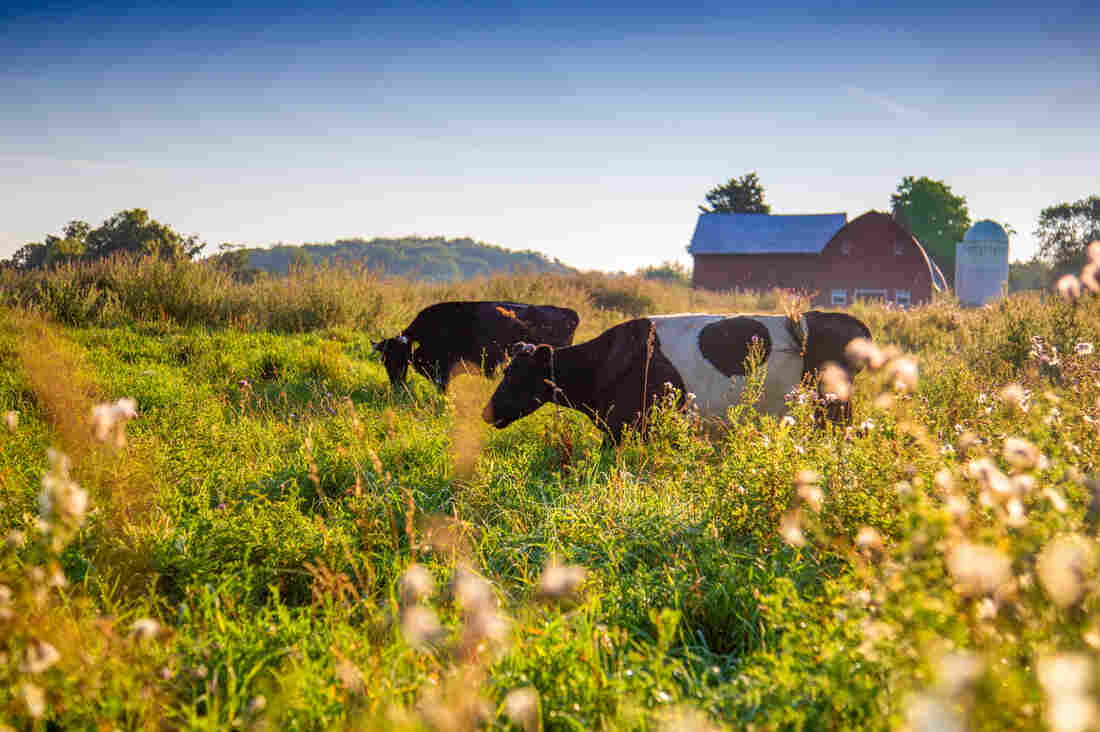 Cows graze at Dharma Lea Farm in Sharon Springs, N.Y. Advocates of grass-grazing cattle say it's better for the environment and the animals. But there's another upside: Grass-fed meat and dairy fetch a premium that can help small farms stay viable. Provided by Mike Mulry, Xcelarts hide caption 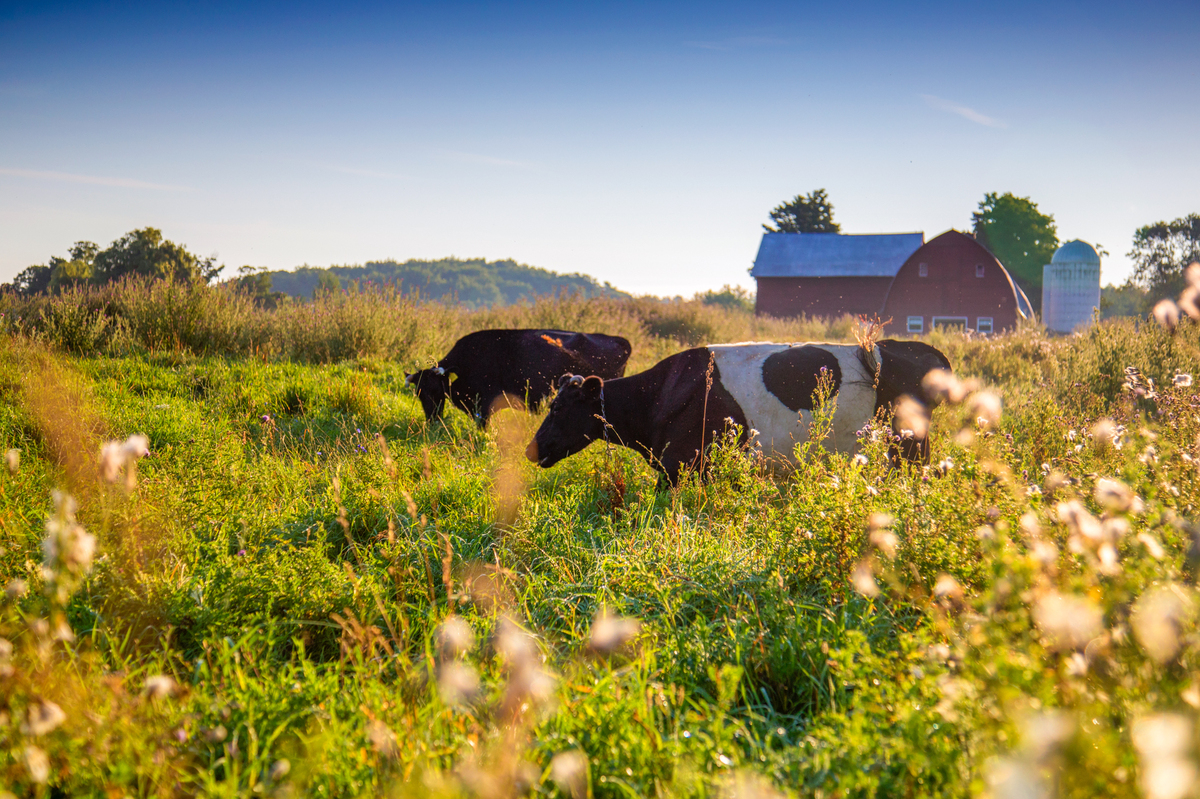 Cows graze at Dharma Lea Farm in Sharon Springs, N.Y. Advocates of grass-grazing cattle say it's better for the environment and the animals. But there's another upside: Grass-fed meat and dairy fetch a premium that can help small farms stay viable.

Though he didn't come from a farming family, from a young age Tim Joseph was fascinated by the idea of living off the land. Reading magazines like The Stockman Grass Farmer and Graze, he "got hooked on the idea of grass-fed agriculture — that all energy and wealth comes from the sun," he explains, "and the shorter the distance between the sun and the end product," the higher the profit to the farmer.

Joseph wanted to put this theory to the test, so in 2009, he and his wife Laura launched Maple Hill Creamery, an organic, all grass-fed yogurt company in upstate New York. He quickly learned what the market has demonstrated: Demand for grass-fed products currently outstrips supply.

Grass-fed beef is enjoying a 25 to 30 percent annual growth rate, while sales of grass-fed yogurt and kefir have in the last year increased by over 38 percent, compared with a drop of just under 1 percent in the total yogurt and kefir market, according to natural and organic market research company SPINS.

Joseph's top priority became getting his hands on enough grass-fed milk to keep customers satisfied, since his own 64-cow herd wasn't going to suffice. 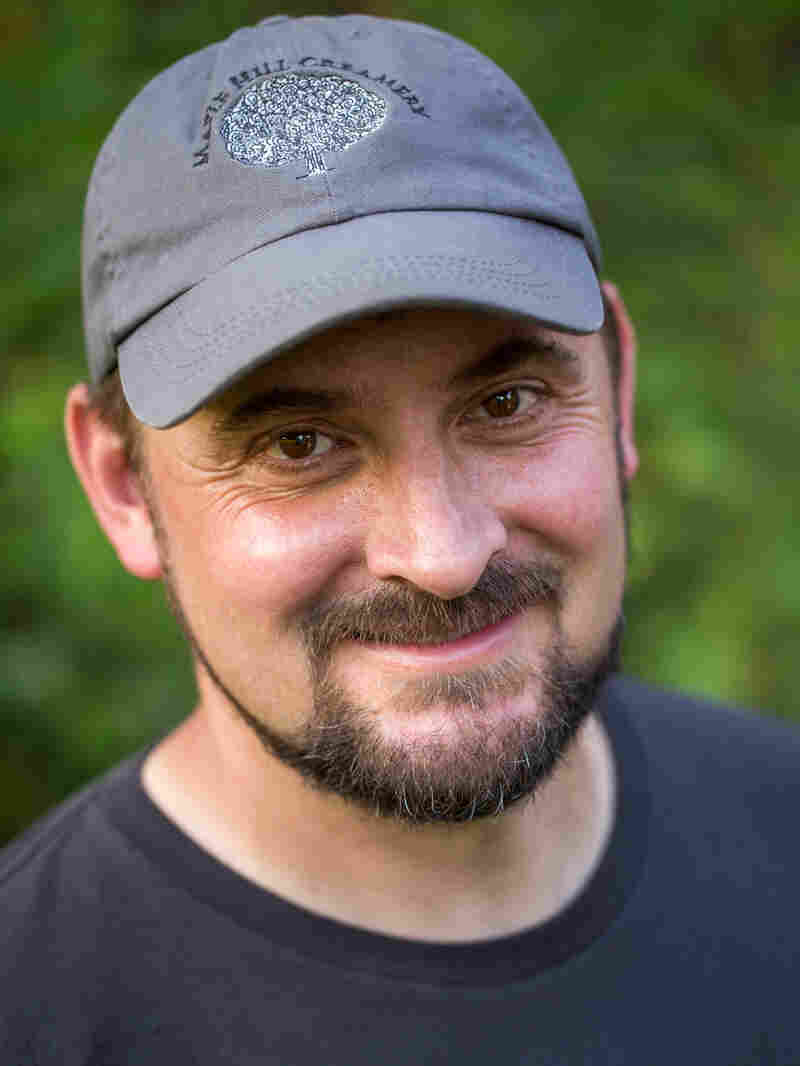 Tim Joseph, 44, founding farmer and CEO of Maple Hill Creamery, turned his dream of living off the land into reality through his grass-fed yogurt company. Provided by Mike Mulry, Xcelarts hide caption 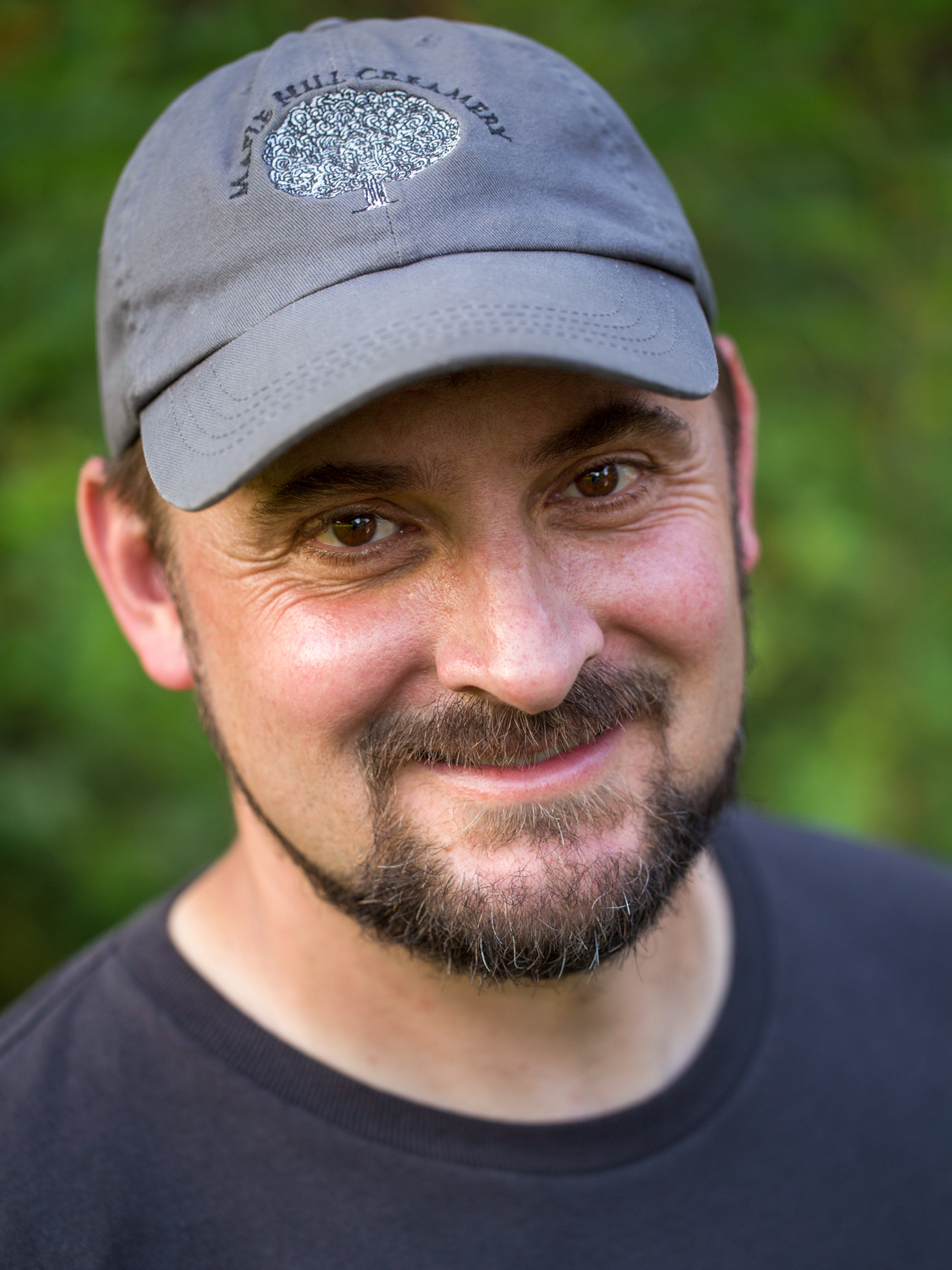 Tim Joseph, 44, founding farmer and CEO of Maple Hill Creamery, turned his dream of living off the land into reality through his grass-fed yogurt company.

His first partnership was with Paul and Phyllis Van Amburgh, owners of the Sharon Springs, N.Y., farm Dharma Lea. The Van Amburghs, too, were true believers in grass-fed. In addition to supplying milk from their own 85-head herd, they began to help other farmers in the area convert from conventional to certified organic and grass-fed in order to enter the Maple Hill supply chain. Since 2010, the couple has helped close to 125 small dairy farms convert to grass-fed, with more than 80 percent of those farms coming on board during the last two years.

All this conversion has helped Maple Hill grow 40 to 50 percent every year since it began, says Joseph, with no end in sight.

Joseph has learned that a farmer has to have a certain mindset to successfully convert. But convincing open-minded dairy people is actually not that hard, when you look at the economics.

Grass-fed milk can fetch up two-and-a-half times the price of conventional milk. Another factor is the squeeze that conventional dairy farmers have felt as the price of grain they feed their cows has gone up, tightening their profit margins. By replacing expensive grain feed with regenerative management practices — grazing animals on grasses coaxed from the pastureland's latent seed bank, and fertilized by the cows' own manure — grass-fed farmers are completely insulated from spikes in the price of feed.

Champions of this type of regenerative grazing also point to its animal welfare, climate and health benefits: Grass-fed animals live longer out of confinement. Grazing herds stimulate microbial activity in the soil, helping to capture water and sequester carbon. And grass-fed dairy and meat have been shown to be higher in certain nutrients and healthy fats.

In the grass-fed system, farmers are also not subject to the wildly fluctuating milk prices of the international commodity market. The unpredictability of global demand and the lag-time it takes to add more cows to a herd to meet demand can result in events like the recent cheese glut. Going grass-fed is a "safe refuge," says Joseph, a way for "family-scale farms to stay viable."

"Usually a farmer will get to the point where financially, what they're doing is not working," says Paul Van Amburgh. That's when they call Maple Hill. If the farm is well managed, has enough land, and the desire to convert is sincere, a relationship can begin.

Through regular regional educational meetings, a large annual meeting, individual farm visits and thousands of phone calls, the Van Amburghs pass on the principles of pasture management. Maple Hill signs a contract pledging to buy the farmer's milk at a guaranteed base price, plus quality premiums and incentives for higher protein, butterfat and other solids.

While Maple Hill's conversion program is unusually hands-on and comprehensive (Joseph calls sharing his knowledge network through peer-to-peer learning "a core piece of our culture"), it is just one of a growing number of businesses committed to slowly changing the way America farms.

Early indications are that Shinn will have no shortage of farm members. Since he began to informally announce the network at farming conferences and on social media, he's received a steady stream of inquiries from interested farmers.

Shinn says he will provide services ranging from formal seminars to on-farm workshops on holistic management, to "one-on-one hand-holding and an almost 24/7 phone hotline" for farmers who are converting. In exchange, he guarantees an above-market price for each animal and, for maximum traceability, a calf-to-customer electronic ear tag ID system like that used in the European Union.

Though advocates portray grass-fed products as a win-win situation for all, they do have downsides.

Price, for one: Joseph says his products are priced 10 to 20 percent above organic versions, but depending on the product chosen, compared to non-organic conventional yogurt, consumers could pay a premium of 30 to 50 percent or more for grass-fed.

As for the meat, Shinn says his grass-fed hamburger will be priced 20 to 25 percent over the conventional alternative. But a peek at the prices on online grocer Fresh Direct suggests a grass-fed premium of anywhere from 35 to 60 percent.

And not every farmer has the option of going grass-fed: For both beef and dairy production, it requires, at least in the beginning, more pastureland. Grass-fed beef production tends to be more labor intensive as well.

But Shinn counters that if you factor in the hidden cost of government corn subsidies, environment degradation, and decreased human health and animal welfare, grass-fed is the more cost-effective model. "The sun provides the lowest cost of production and the cheapest meat," he says.

"When we started digging into the supply chain," says Collins, "we learned that only 2 to 3 percent of all bison is actually grass-fed and grass-finished. The rest is feed-lot confined and fed grain and corn."

So two years ago, the company created a secondary, clearly labeled line of "natural" bars using animals that had eaten grain as well as grass. Collins wrote this post to explain the move to customers.

But after General Mills bought EPIC in 2016, Collins and Forrest suddenly had the resources they needed to expand their supply chain. So the company teamed up with Wisconsin-based rancher Northstar Bison. EPIC fronted the money for the purchase of $2.5 million worth of young bison that will be raised according to its grass-fed protocols, with a guaranteed purchase price.

The message to young people who might not otherwise be able to afford to break into the business, explains Collins, is, "'You can purchase this $3 million piece of land here, because I am guaranteeing you today you will have 1,000 bison on it.' We're bringing new blood into the old, conventional ranching ecosystem, which is really cool to see."