Accessibility links
The U.S. Can't Really Know If Farmers Are Cutting Back On Antibiotics, GAO Says : The Salt New FDA rules limit how farmers can give antibiotics to animals raised for meat. But a Government Accountability Office report says the FDA doesn't collect the data to know if that policy is working. 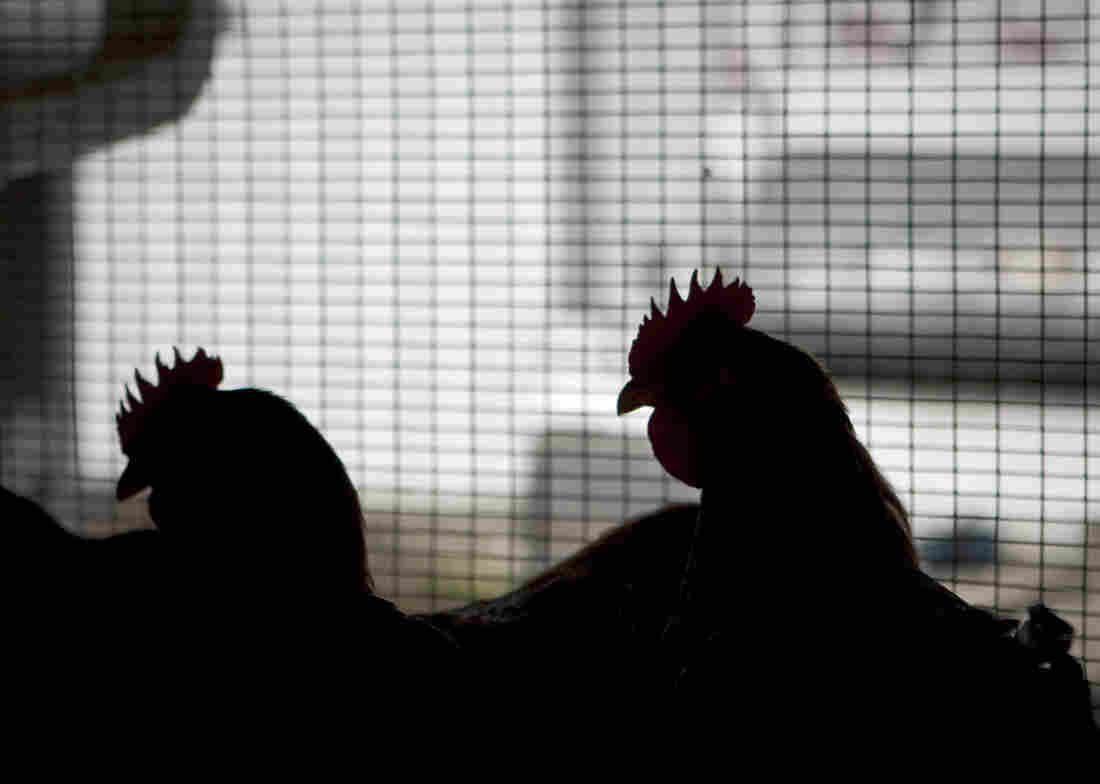 New FDA rules limit how farmers can give antibiotics to animals raised for meat. But a Government Accountability Office report says the FDA doesn't collect the data to know if that policy is working. Scott Eells/Bloomberg/Getty Images hide caption 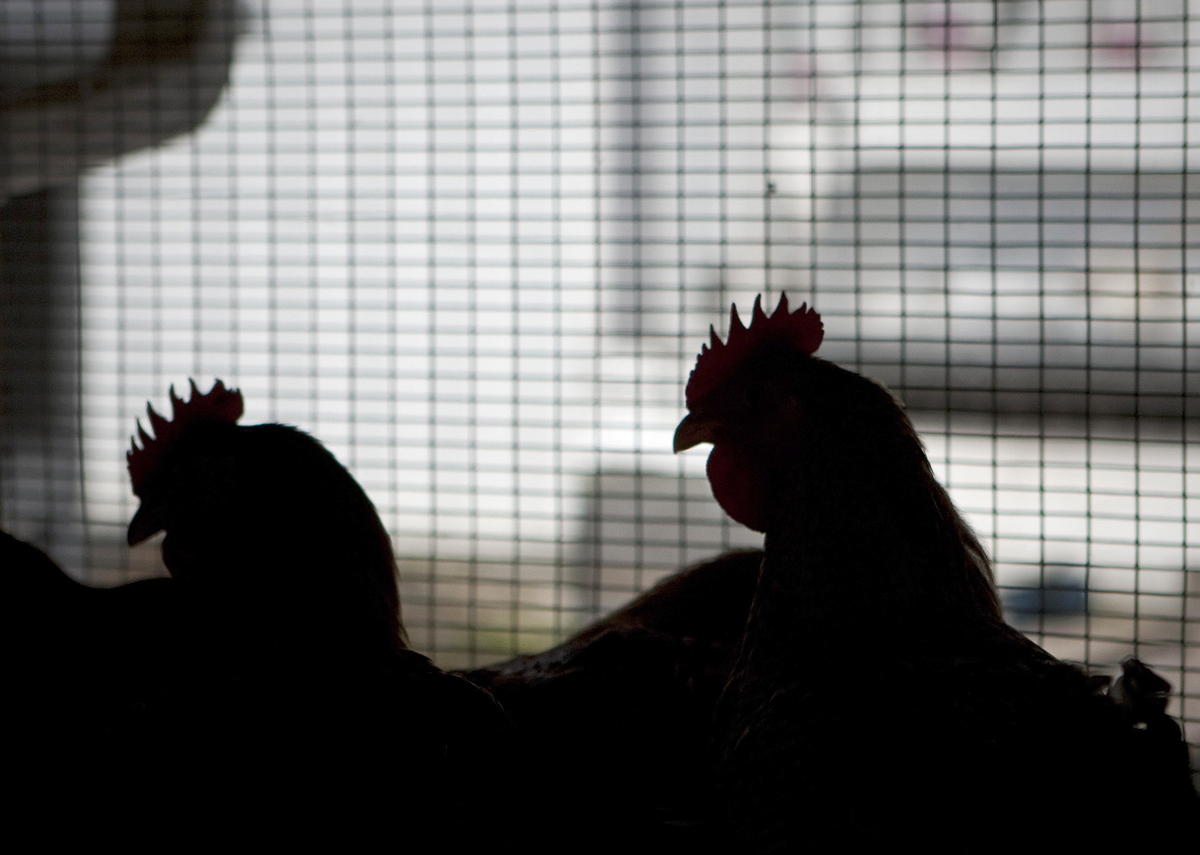 New FDA rules limit how farmers can give antibiotics to animals raised for meat. But a Government Accountability Office report says the FDA doesn't collect the data to know if that policy is working.

When the Food and Drug Administration created controls in January on how farmers can give antibiotics to livestock, scientists concerned about antibiotic resistance and advocates for animal welfare called it a historic shift in how meat animals are raised.

But a new federal report, released last week, says the long-awaited FDA initiative — first attempted back in 1977 — falls short in so many areas that it may not create the change that backers hoped for.

The FDA initiative, which was created by several documents called Guidances and is usually called its "judicious use" program, made it impossible for livestock producers to use routine micro-doses of antibiotics known as growth promoters. Those doses speed up the time it takes to get chickens, swine and cattle to slaughtering weight, without preventing or treating illness.

Multiple lines of research have shown that growth promoters allow bacteria in animals' systems to develop resistance to antibiotics. Those bacteria move off farms in wind or water or with animals going to slaughter, increasing the likelihood of drug-resistant infections, which according to the Centers for Disease Control and Prevention kill 23,000 Americans per year.

However, the report by the Government Accountability Office says the FDA is not collecting usage data that will allow it to know if its effort has been successful.

In addition, despite urging by the GAO that goes back to 2004, the FDA and USDA have not negotiated access to farms that would allow them to see the types and manner of antibiotics being given — not even when outbreaks of drug-resistant foodborne illness need to be investigated. The FDA's usage data relies on sales information given by manufacturers, which contains no details about how the drugs actually are used.

Further, the GAO says the FDA has not anticipated the effect of livestock producers switching to "preventive" use of antibiotics — which is still allowed and can also stimulate antibiotic resistance, and may undermine the effectiveness of the growth-promoter ban.

The GAO says the departments already should be gathering all that data, because it is called for in executive orders issued by the Obama administration, which created a national policy on antibiotic resistance. It adds that getting the data is achievable, because other countries that control farm antibiotics, such as Denmark and the Netherlands, collect it routinely and use it to set national usage goals.

In 2015, according to FDA data, sales of antibiotics for agricultural use in the United States totaled 34.3 million pounds. The agency does not publish comparisons with sales for human use, but the Pew Charitable Trusts estimates that U.S. farms use three times what U.S. patients do.

Staff at nonprofits concerned about antibiotic resistance, which have been monitoring the FDA's new policies, said they were dismayed by the GAO's assessment.

At the Pew Trusts, Dr. Karin Hoelzer said the lack of attention to preventive use is troubling, because it creates a loophole via which farmers could use antibiotics just as routinely as they did before. "Our analysis has shown that more than one in three labels does not specify a duration of use," she said. "This is falling short of judicious use standards."

The sense that there is no plan for next steps in antibiotic control is also a problem, said Dr. David Wallinga, a senior health officer at the Natural Resources Defense Council. "The agencies haven't put in place a plan for what they are going to do, and they can't provide one when asked," he said. "They have no target for where they want to go, and they have no metrics for how they will measure progress toward a goal they haven't even articulated."

Wallinga said Denmark and the Netherlands, mentioned in the GAO report, are useful comparisons to the United States because each country has combined national data on human and animal antibiotic use, and on resistant bacteria found in humans and in animals, into a single annual report. "Each piece of data is important by itself, but it's only when you marry them together that you get insight into what your next steps should be," he said. "That is something that could be done immediately here."

The GAO report was requested by members of Congress who have been pressing for more reform of farm antibiotic use: Sens. Kirsten Gillibrand (D-NY), Dianne Feinstein (D-CA) and Elizabeth Warren (D-MA), and Reps. Rosa DeLauro (D-CT) and Louise Slaughter (D-NY). (DeLauro has pressed for changes in food safety regulation and Slaughter is the chief sponsor of the Preservation of Antibiotics for Medical Treatment Act, which would further restrict farm use.) The same day the GAO released its report, the group fired off a stinging letter to the USDA and the Department of Health and Human Services, parent of the FDA.

Maryn McKenna is a journalist and author who specializes in global health, public health and food policy.