Accessibility links
Tea Farms Sprout Across U.S., Producing Small-Batch, Artisan Tea : The Salt Most of the world's tea comes from China, India and Sri Lanka. But since 2000, dozens of farms have sprouted across the U.S. producing small-batch, artisanal tea sold at a premium.

Pinkies Up! A Local Tea Movement Is Brewing

Pinkies Up! A Local Tea Movement Is Brewing 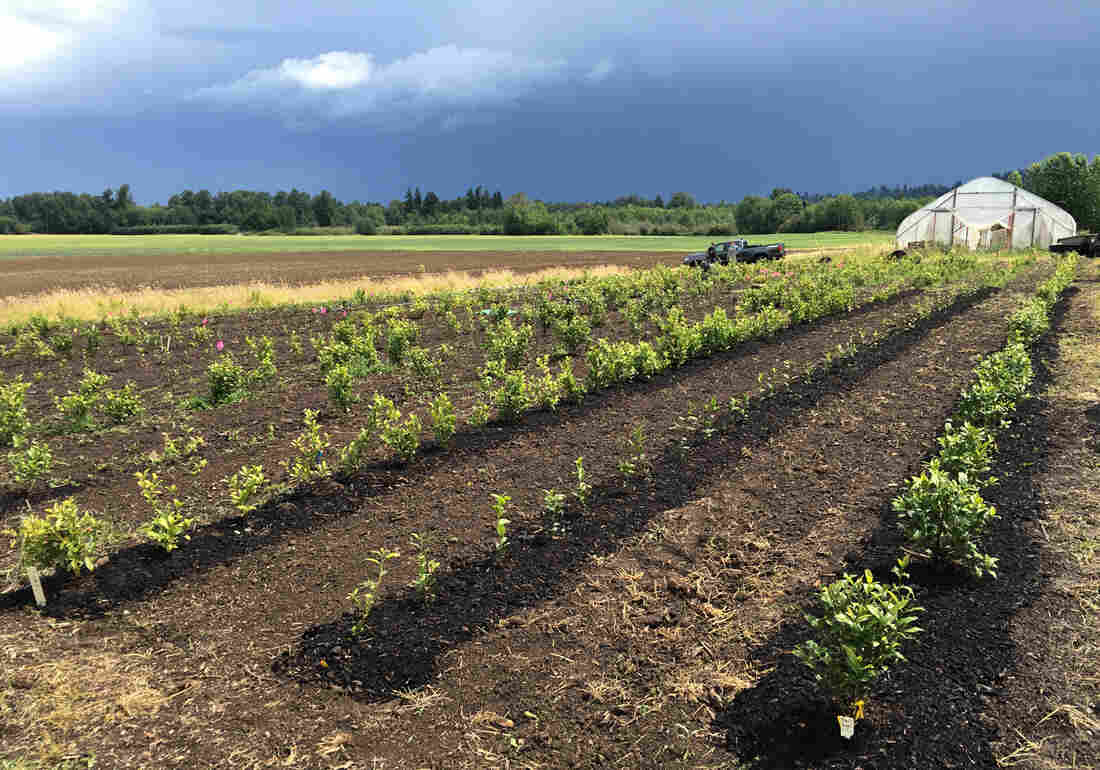 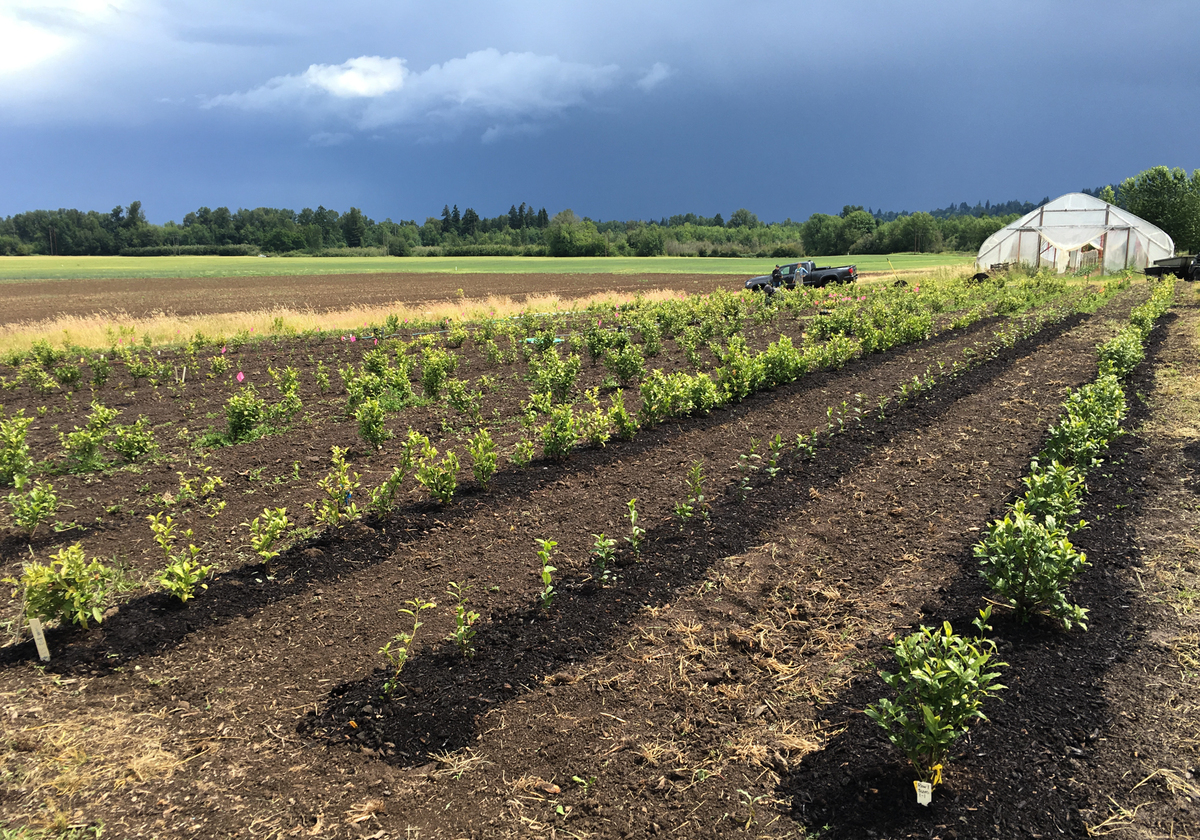 Demand for domestic tea is so strong that Minto Island Tea Co. continues expanding production. Here, Camellia sinensis is planted on the Salem, Ore., farm. It takes three years for tea plants to mature for harvest.

On Saturday mornings, the most popular item Minto Island Growers sells at its farmers market booth is not the certified organic carrots, kale or blueberries. It's tea.

The interest is so strong — the loose-leaf black, green and oolong teas sell out within weeks of spring production — that Elizabeth Miller and her husband, Chris Jenkins, planted 12 additional acres of Camellia sinensis in 2016 and plan to plant 8 more acres this spring. Their teas are sold under the Minto Island Tea Co. brand.

"It's the energy and enthusiasm from consumers that's propelling us forward," says Miller. "People are really excited to have tea that is U.S. grown."

Most tea production is in countries like China, India and Sri Lanka. In the United States, the Charleston Tea Plantation in South Carolina has been growing tea since 1987 and was the sole commercial tea grower in the nation for a long time.

Yes, America Has A Working Tea Plantation. We Visited It

Now, the U.S. League of Tea Growers reports there are 60 farms in 15 states. Most were started in 2000 or later and several, including The Great Mississippi Tea Co. and Virginia First Tea Farm, are less than five years old.

Rie Tulali, spokeswoman for the U.S. League of Tea Growers, refers to a growing interest in domestic tea production as "an exploration into a brand new terroir."

"While U.S. tea-makers are not as skilled as those in more established tea regions, their teas still have a distinct character found nowhere else in the world, thanks to the unique climates and environments on these U.S. farms," Tulali says. 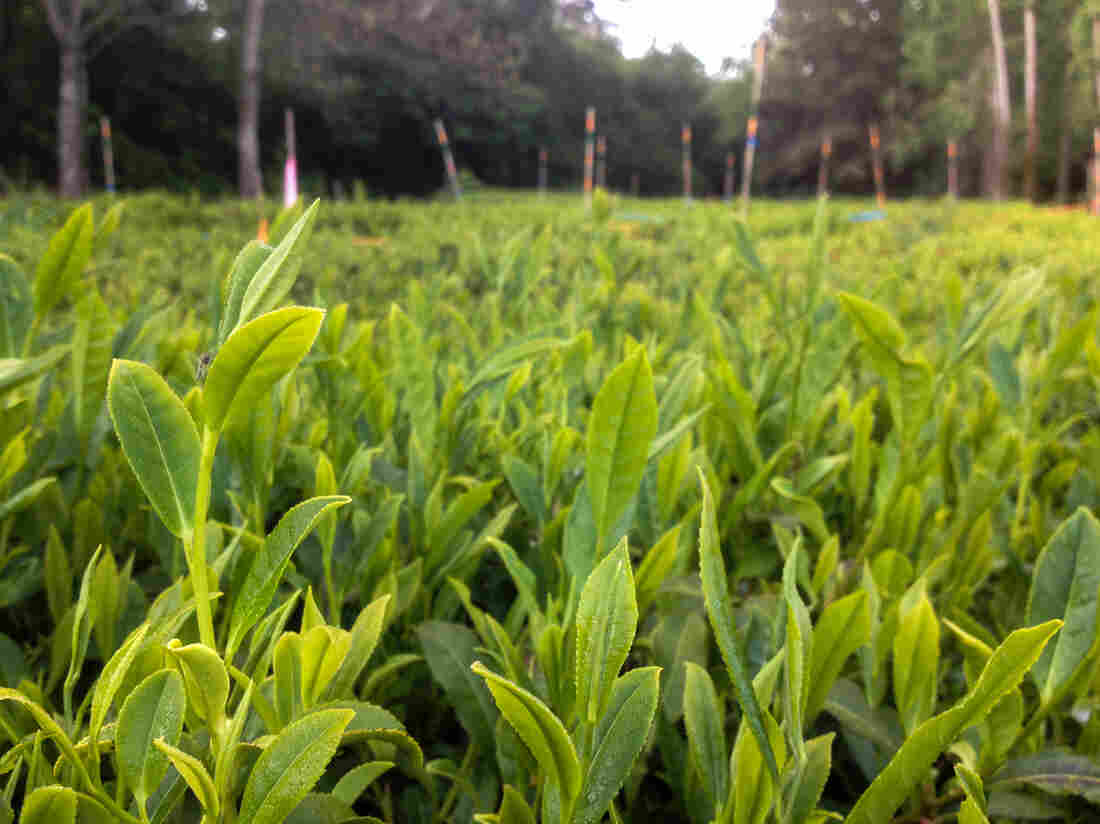 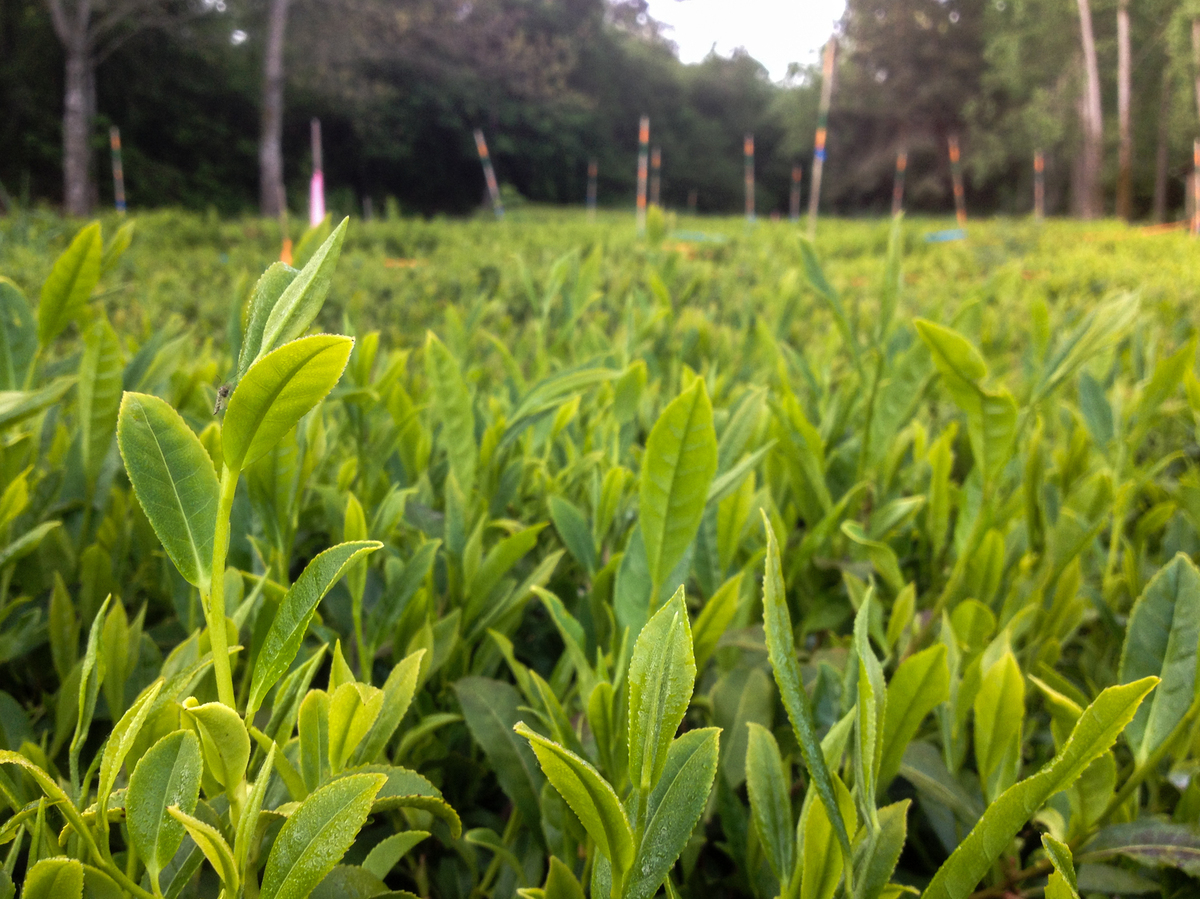 Many up-and-coming tea growers are testing the viability of Camellia sinensis in their regions. The shrub prefers mild climates with significant rainfall and well-drained, acidic soil. It tends to grow well in the South — New Orleans is the same latitude as tea-growing regions in southern China. But that hasn't stopped growers from experimenting with the crop in places like Michigan and Oregon.

The increase in U.S. tea farms doesn't mean there is an increase in domestic tea production — yet. It takes at least three years for Camellia sinensis to mature to harvest. The 12 acres of tea that Miller planted in 2016 won't be processed until at least 2019.

In Pickens, S.C., Steve Lorch is brewing tea from 400 Camellia sinensis bushes he planted in 2009. All of the WinterLeaf Cold Harvest Green tea he's produced at Table Rock Tea Co. sold out in preorders.

"As soon as people heard we were making tea, the orders started coming in; we didn't even hit the Web store with it," recalls Lorch. 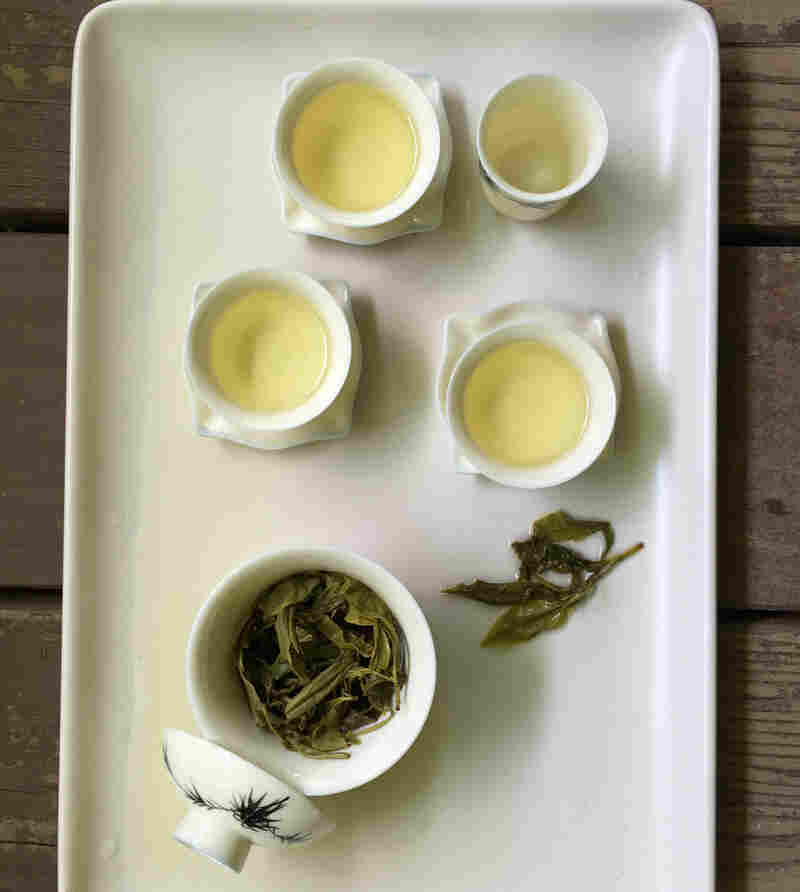 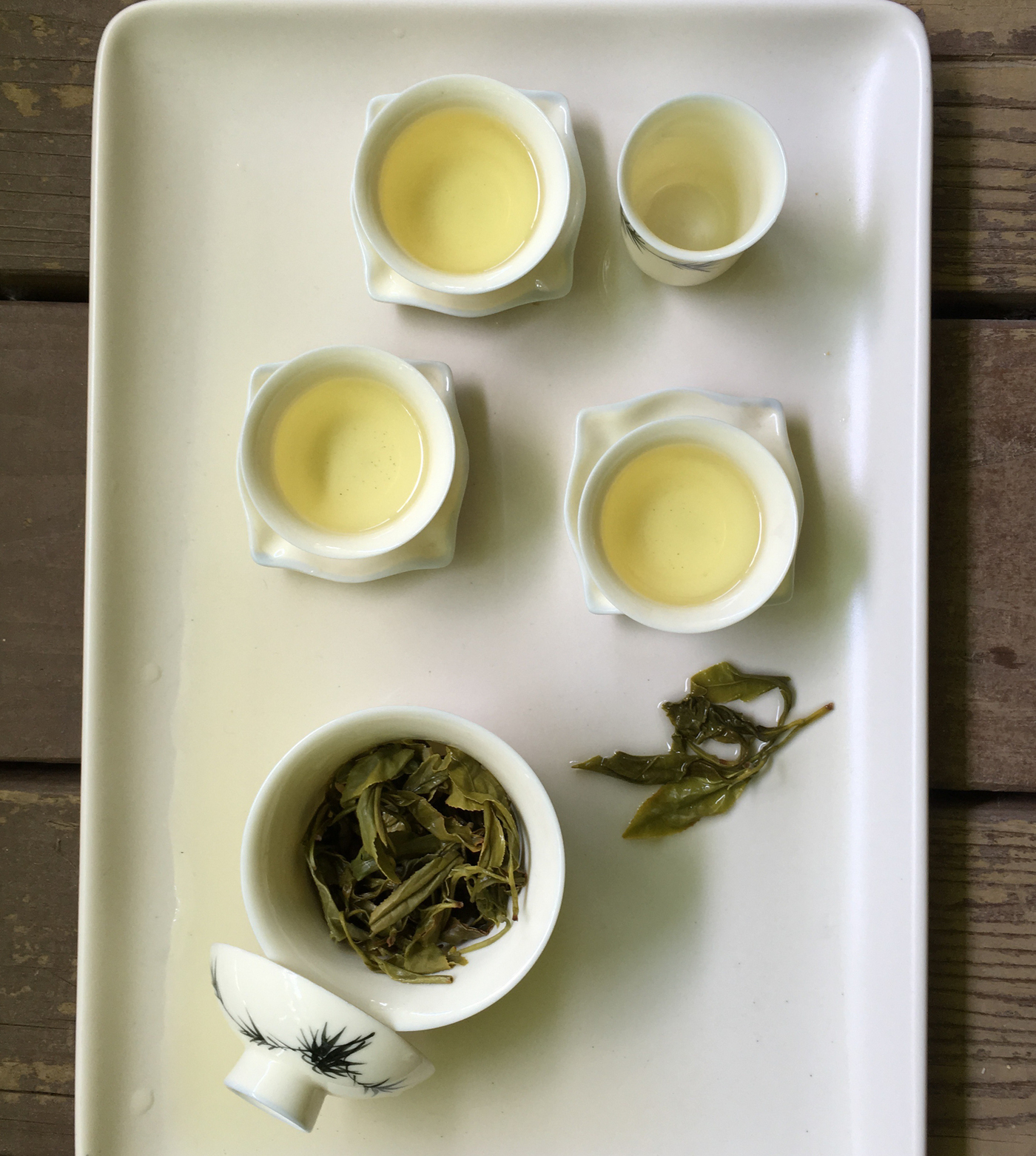 Table Rock is ramping up production. Lorch planted 7,000 Camellia sinensis bushes last spring and is in the process of clearing an additional 12 acres to put into production. He is so confident about the retail market for domestic tea, he plans to plant 17,500 additional tea plants per year for the next several years, which translates to about 5,000 pounds of tea.

"We've known from the beginning that we'd sell all of the tea we made," Lorch explains. "There is a strong niche market for U.S. grown tea."

But the wholesale market, he believes, will be more challenging. 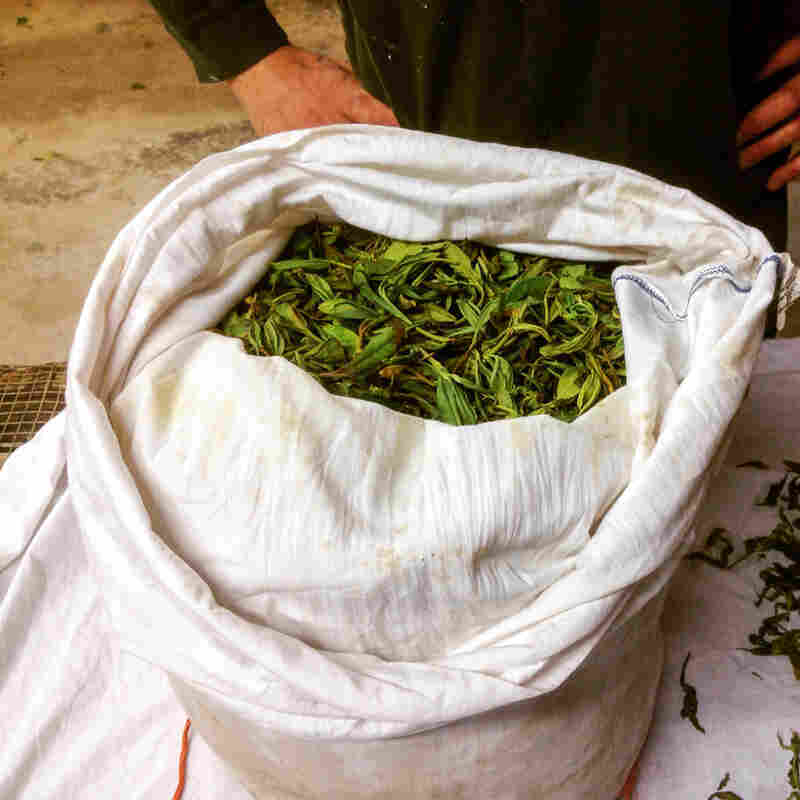 "Early on, when production was limited to just a handful of farms producing a few [pounds] of tea a year, the value was in the novelty; the sheer rarity of U.S. grown tea justified the high price," says Tulali. "However, novelty won't be enough to sell the tea forever."

Miller agrees. She is exploring options for mechanizing harvesting and processing (currently, all of the tea is picked and processed by hand) to help lower prices. But she acknowledges that the cost will always reflect the fact that Minto Island Tea Co. produces small-batch, artisan teas.

"We're curious, ourselves, to see how deep the market is for domestic tea," she says. "So far, people are loving the teas we're producing and willing to pay premium prices because it's a special product."