Accessibility links
In U.S. Restaurants, Bars And Food Trucks, 'Modern Slavery' Persists : The Salt A new report highlights victims of human trafficking in the food industry, from farm workers to restaurant cooks and wait staff. Some victims are exploited for both sex and labor. 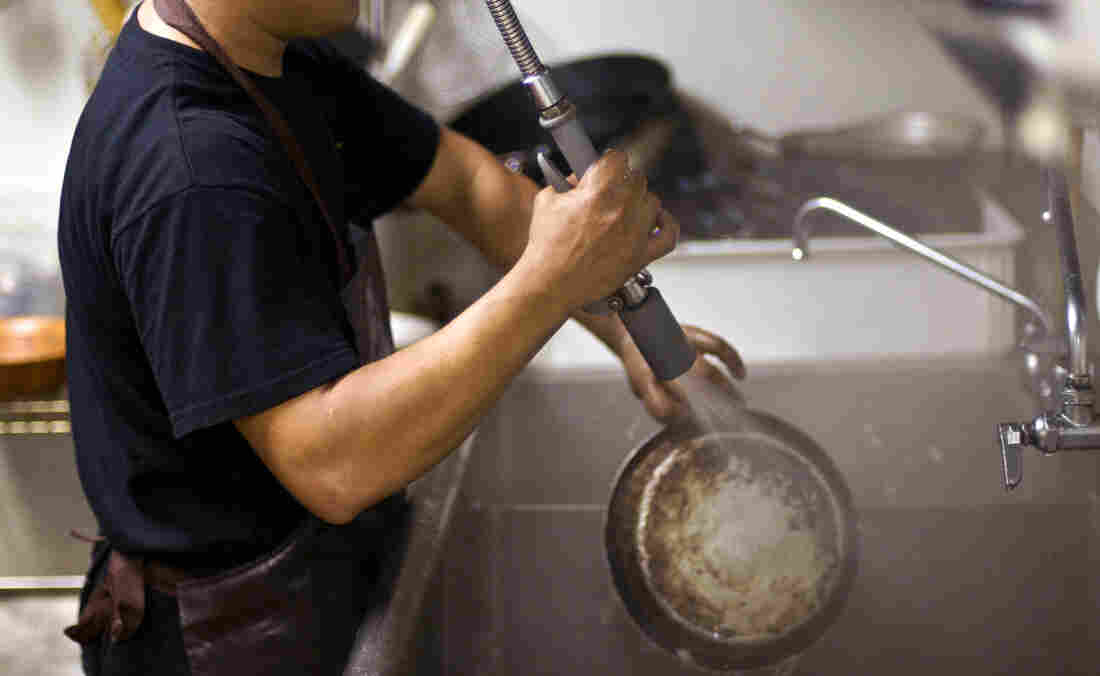 A new report highlights victims of human trafficking in the food industry, from farm workers to restaurant bus staff, cooks and wait staff. Some victims are exploited for both sex and labor. Juanmonino/Getty Images hide caption 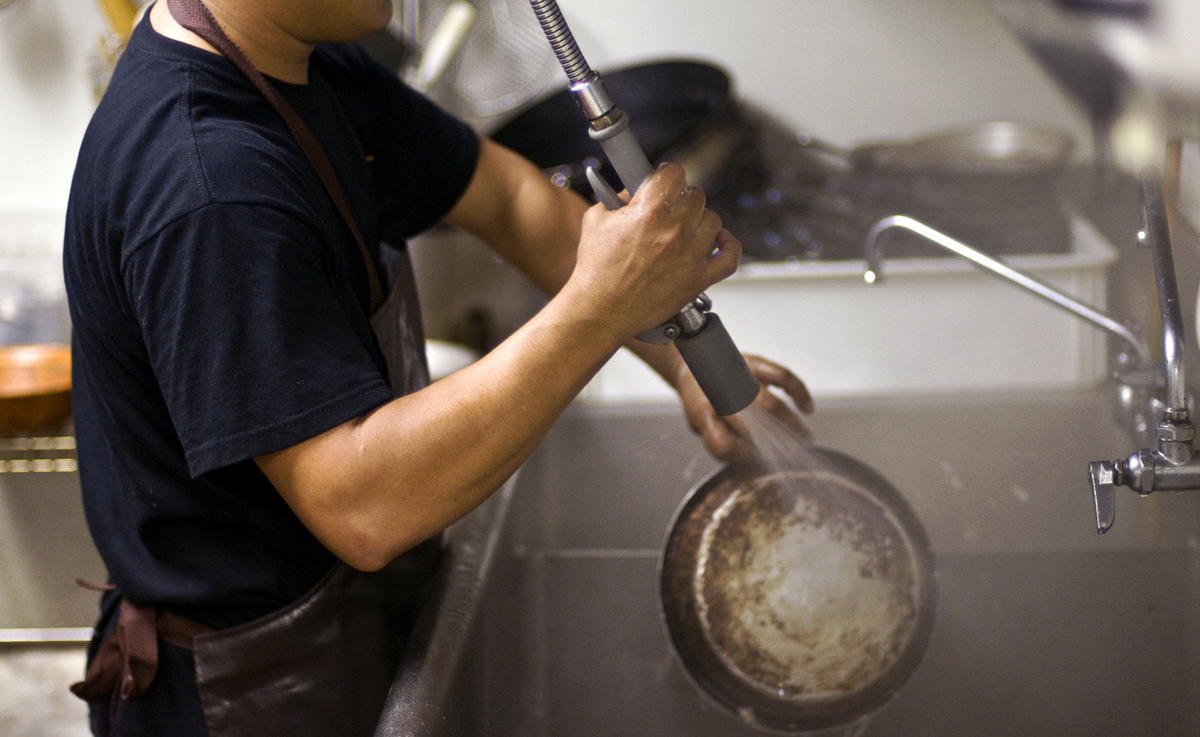 A new report highlights victims of human trafficking in the food industry, from farm workers to restaurant bus staff, cooks and wait staff. Some victims are exploited for both sex and labor.

They come from places like Vietnam, China, Mexico and Guatemala, lured by promises of better-paying jobs and legal immigration. Instead, they're smuggled into the U.S., forced to work around the clock as bussers, wait staff and cooks, and housed in cramped living quarters. For this, they must pay exorbitant fees that become an insurmountable debt, even as their pay is often withheld, stolen or unfairly docked.

In restaurants, bars and food trucks across America, many workers are entrapped in a form of modern slavery. That's according to a new report by Polaris, an organization that fights human trafficking and helps survivors.

In the report the group offers a detailed portrait of human trafficking as it occurs in the U.S., breaking it down into 25 distinct business models, from nail salons to hotel work and domestic service.

Was Your Seafood Caught By Slaves? AP Uncovers Unsavory Trade

"Because human trafficking is so diverse ... you can't fight it all at once and there are no single, silver bullet solutions. You have to ... fight it type by type," Bradley Myles, CEO of Polaris, told reporters on a press call. "We see this report as a major breakthrough in the field."

He called the report the largest data set on human trafficking in the U.S. ever compiled and publicly analyzed. The Polaris team analyzed 32,208 reports of human trafficking, and 10,085 reports of labor exploitation processed through its hotlines for victims between 2007 and 2016. The goal: to identify profiles of traffickers and their victims — and the methods they use to recruit and control them — across industries, in order to better thwart them.

Three of the 25 categories the group tracked involve the food industry: restaurants, bars and agriculture.

From dairy farms to orange orchards, nearly 2,000 of the cases involved the agriculture industry. Workers — mostly men from Mexico and Central America — often were enticed with assurances of an hourly rate, but once they showed up in the U.S., they were paid on a much lower piece-rate basis. Many reported being denied medical care and protective gear to do their job, forced to live in squalid conditions, and threatened with deportation.

Of the more than 1,700 restaurant industry cases, the vast majority of victims involved immigrants, recruited from Mexico, Central America and East and Southeast Asia. Nearly one in five was a minor. They included cooks, wait staff and bussers at restaurants, food trucks, buffets and taquerias.

Traffickers often take advantage "of language barriers between exploited workers and patrons — and in some cases other workers at the same restaurant who are not being abused — to help avoid detection," the report says.

Workers who try to leave may face threats of deportation. Traffickers also may threaten to injure or even kill the worker's family back home. About a third of the cases involved immigrants without legal status in the U.S., but many other victims were here on valid work visas.

Some victims were forced to provide both sex and labor. Women from Latin America — including many minors — come to America beguiled by promises of good wages, safe migration or even a romantic relationship. They're put to work selling drinks, and sex, at bars and cantinas, says Jennifer Penrose, data analysis director for Polaris and co-author of the report.

Many times these are "legitimate bars and restaurants, where they'll sell alcohol, often at inflated prices," Penrose says. But behind the scenes, "forced commercial sex may occur on-site or nearby at a hotel or warehouse." In this model, she says, traffickers tend to be "part of larger criminal organizations."

Because the report was based solely on calls and text messages to Polaris' hotlines, Myles notes there are limits to what it can tell us. "Potentially, restaurant trafficking may be much higher than we're learning about, but we're just not getting enough of those hotline calls to be able to describe that," he said.

Maria Godoy is a senior editor with NPR and host of The Salt. She's on Twitter @mgodoyh.