Accessibility links
For Centuries, These Asian Recipes Have Helped New Moms Recover From Childbirth : The Salt Postpartum soups and stews have traditionally been prepared for new moms by Asian grandmothers and aunts, the recipes passed down orally. A new cookbook seeks to preserve them before they're lost.

For Centuries, These Asian Recipes Have Helped New Moms Recover From Childbirth

For Centuries, These Asian Recipes Have Helped New Moms Recover From Childbirth 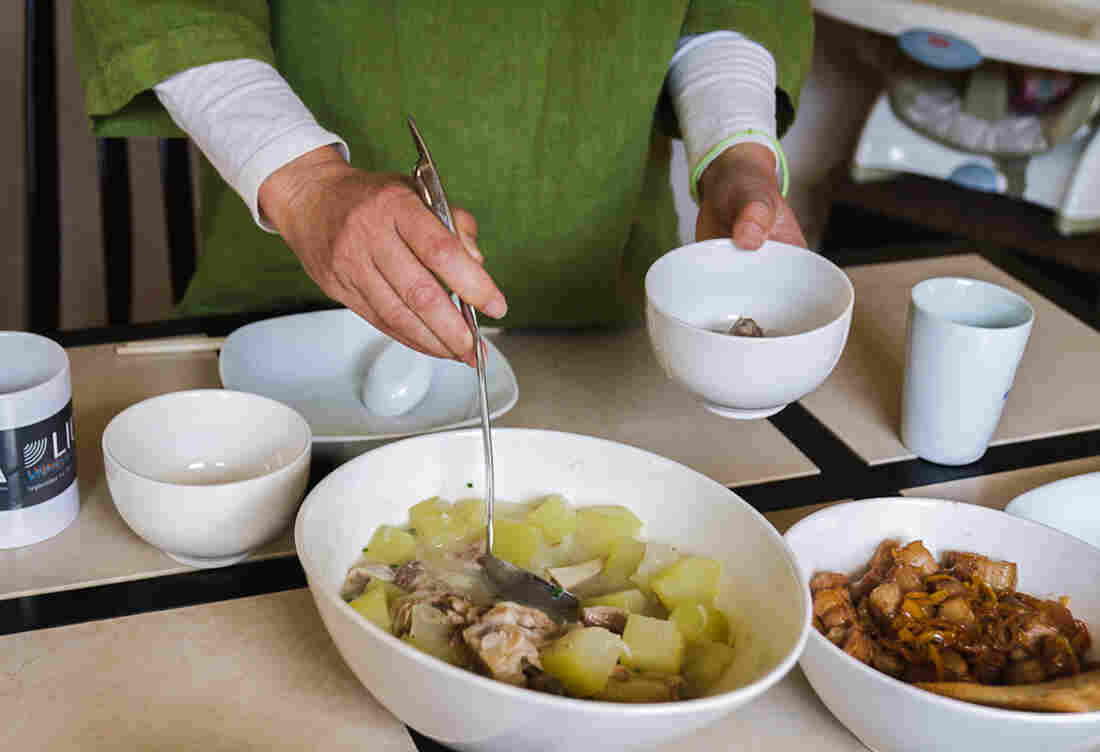 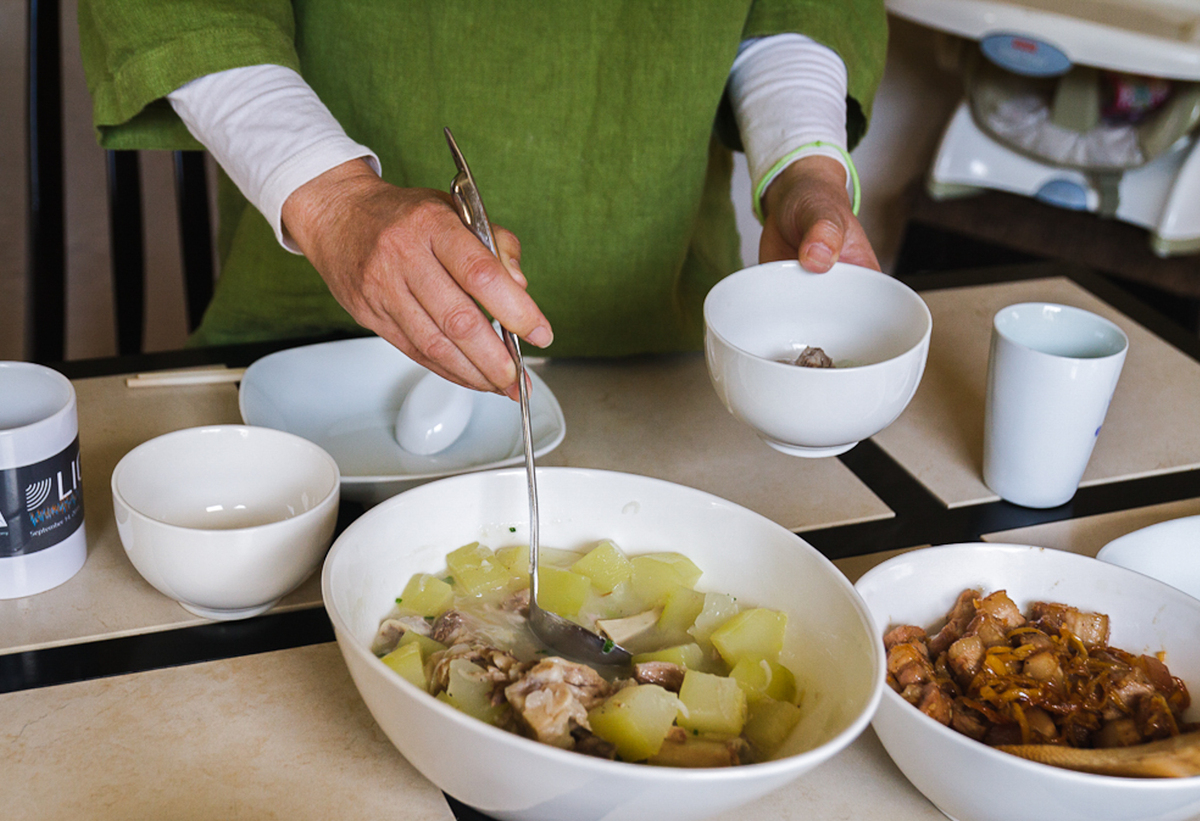 Khanh-Hoa Nguyen stirs a pot of green papaya and pigs' feet soup. The clear broth and pale green chunks of unripe melon are redolent with fish sauce, the way her own mother prepared the soup after Nguyen's sister gave birth.

After her second year at the University of California at Berkeley, Nguyen was spending the summer at her parents' home in Los Angeles, watching her mother prepare big pots of Vietnamese postpartum foods for her sister. 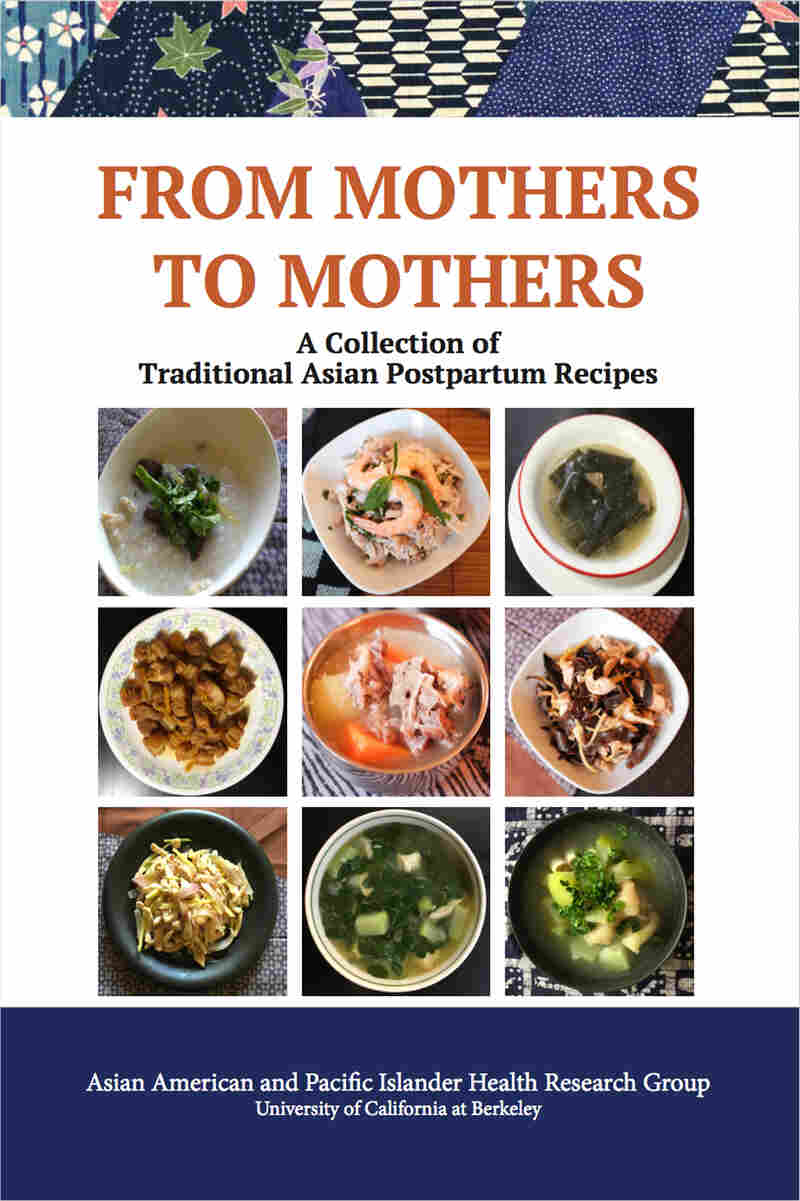 From Mothers to Mothers: A Collection of Traditional Asian Postpartum Recipes will be released in April by Eastwind Books of Berkeley. Khanh-Hoa Nguyen hide caption

"I don't think I would have known if I didn't go home that summer," says Nguyen, who is now co-editing one of the most comprehensive English language cookbooks featuring traditional Asian foods for new mothers.

For generations, new Vietnamese mothers have eaten this stew, just as Korean mothers have downed bowls of seaweed soup and Chinese women have simmered pigs' feet with ginger and vinegar. The food traditions stretch back for centuries, part of the practice of resting for the first 30 days after giving birth that is common throughout Asia.

In Chinese, it's called zuo yuezi, or "sitting the month." Vietnamese refer to it as nằm ổ, literally "lying in a nest." The recipes for these foods are unlikely to be found in any cookbook. These postpartum tonics have traditionally been prepared by grandmothers and aunts; the ingredients and techniques passed down orally.

When Nguyen returned to Berkeley that fall, she took a course in Asian American and Pacific Islander community health. In that class, Dr. Marilyn Wong put out a call for students who were interested in documenting Asian postpartum traditions. Nguyen not only volunteered to do research, but led a group of 13 undergraduate students who spent the past two years interviewing relatives and collecting recipes spanning six Asian ethnicities: Vietnamese, Chinese, Korean, Hmong, Cambodian and Filipino. Together with Wong, Nguyen edited the cookbook From Mothers to Mother: A Collection of Traditional Asian Postpartum Recipes, which will be released this month. 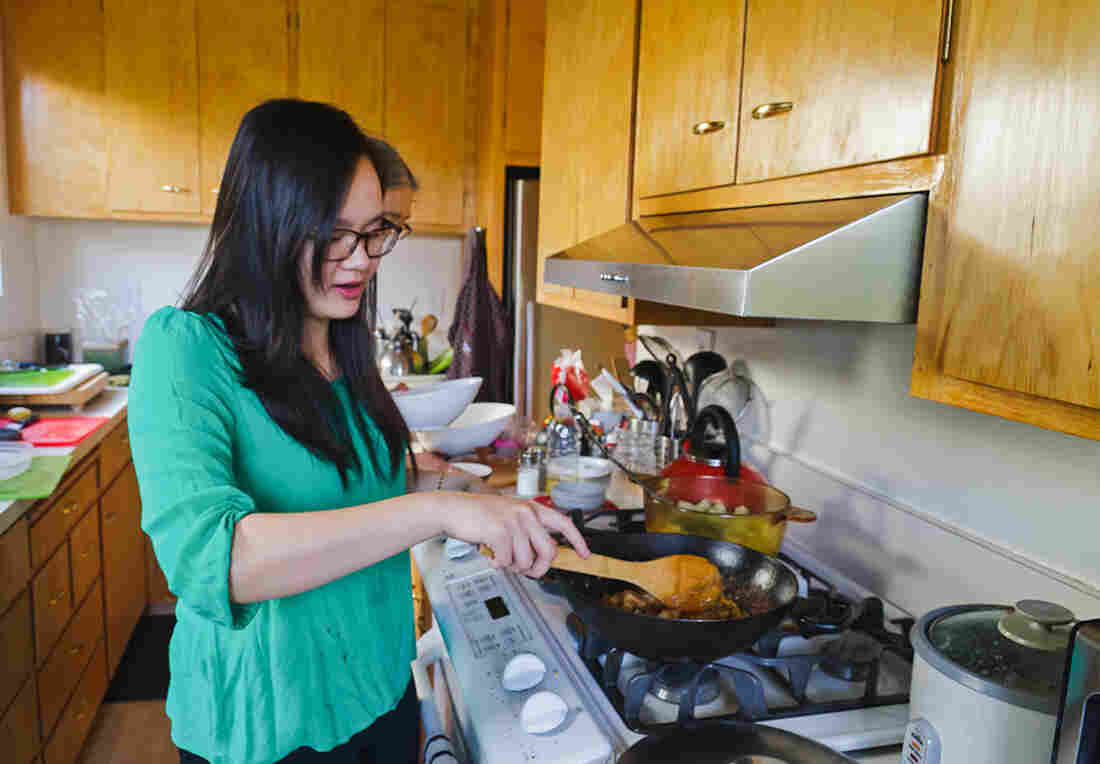 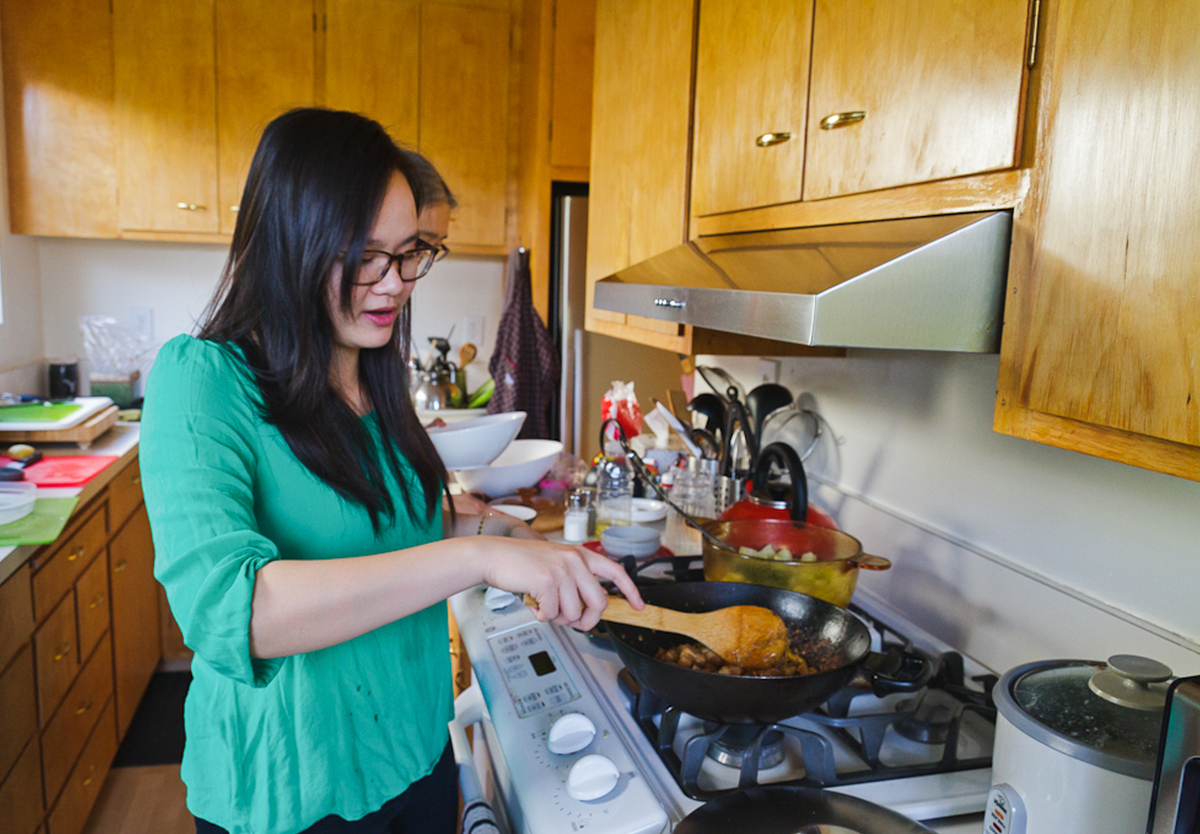 Khanh-Hoa Nguyen cooks caramelized pork belly with ginger, a Cambodian dish served to women who have just given birth.

Wong, a retired physician, says that in her 30 years of working in public health clinics in San Francisco and Oakland, Calif., she saw a lack of nutritional guidance for low-income immigrants and refugees, who may be living far from their grandmothers and aunts and their native foods. Doctors would simply tell a breastfeeding woman to drink plenty fluids and eat more calories, Wong says. Even with her degrees in medicine and public health, Wong doesn't dismiss the value of Asian folk remedies.

"In Western medicine, we don't pay enough attention to tradition. We just dismiss all that and start from scratch, because now we know what minerals and vitamins and molecules are," muses Wong.

She points out that the Chinese technique of braising pigs' feet with ginger and vinegar makes them especially nutritious. "The vinegar probably leeches out the calcium from the bones. That's what you need, the calcium. Women will have loss of bone mass from breastfeeding. In the old times, they could not verbalize it that way, but they knew that women who did this did better than women who didn't."

These traditional soups can be hard for younger or more assimilated women to swallow. Even though she spent her childhood in Vietnam, Nguyen's sister initially dismissed these stews. But worried that she might not produce enough milk, she gave them a try. "And it really helped my sister with breastfeeding," says Nguyen.

Soups play a big role in all six cultures represented in From Mothers to Mothers, although the recipes also include dishes such as Cambodian caramelized pork belly and Tulia clams with tomatoes and ginger. Nguyen and the other students interviewed family members to learn the cooking methods, and then practiced making them at Wong's home in the Berkeley Hills and at their own apartments.

"When you say a 'pinch,' what is that?" Wong interjects.

And perhaps there is another ingredient in these stews which helps new mothers to recuperate: community. "The whole village would be there and people would be cooking and taking care of your baby," says Wong of the postpartum practices in pre-industrial China. "The mothers were really pampered."

After three semesters of research, the students recorded 30 recipes, each of them printed in English and in its native language. Students have also crowdfunded more than $7,300 to donate nearly 500 copies of the book to Bay Area clinics and nonprofit groups serving low-income Asian Americans.

From Mothers to Mothers will be sold at Eastwind Books in Berkeley and online. Wong hopes there will be a second phase to this project, perhaps to study postpartum food traditions of South Asia or the Middle East.

Grace Hwang Lynch is a multimedia journalist based in the San Francisco Bay Area. She is currently working on a memoir about food, identity and caretaking. Follow her blog HapaMama.com or on Twitter at @GraceHwangLynch.