Accessibility links
Kinky Cakes: Inside The World Of Adult Bakeries : The Salt Bachelorette parties aren't the only source of business for bakers who specialize in racy confections. Think divorces, vasectomies, breast implants, military deployments and even funerals. 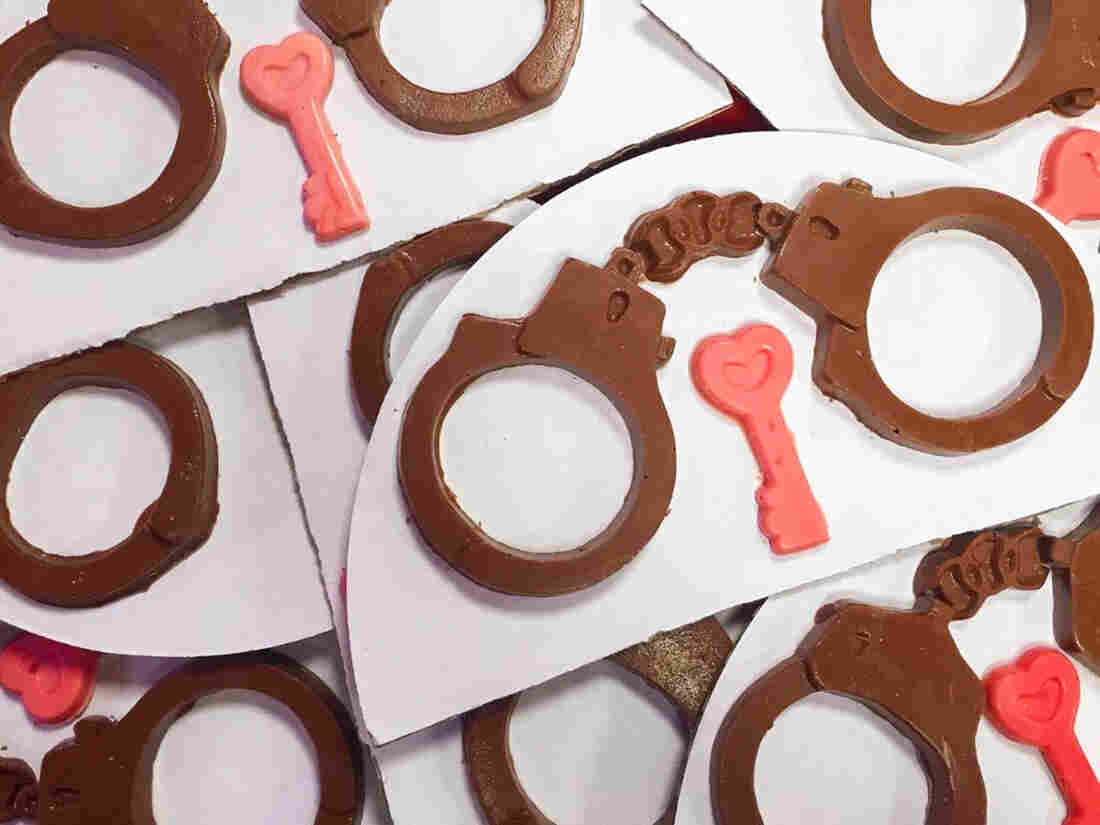 Sweet n' Nasty molds hundreds of adult chocolates in house, including these handcuffs and keys — which are used to top bachelorettes' cakes or sold on their own with the phrase, "Eat your way out!" Courtesy of Sweet n' Nasty Bakery hide caption 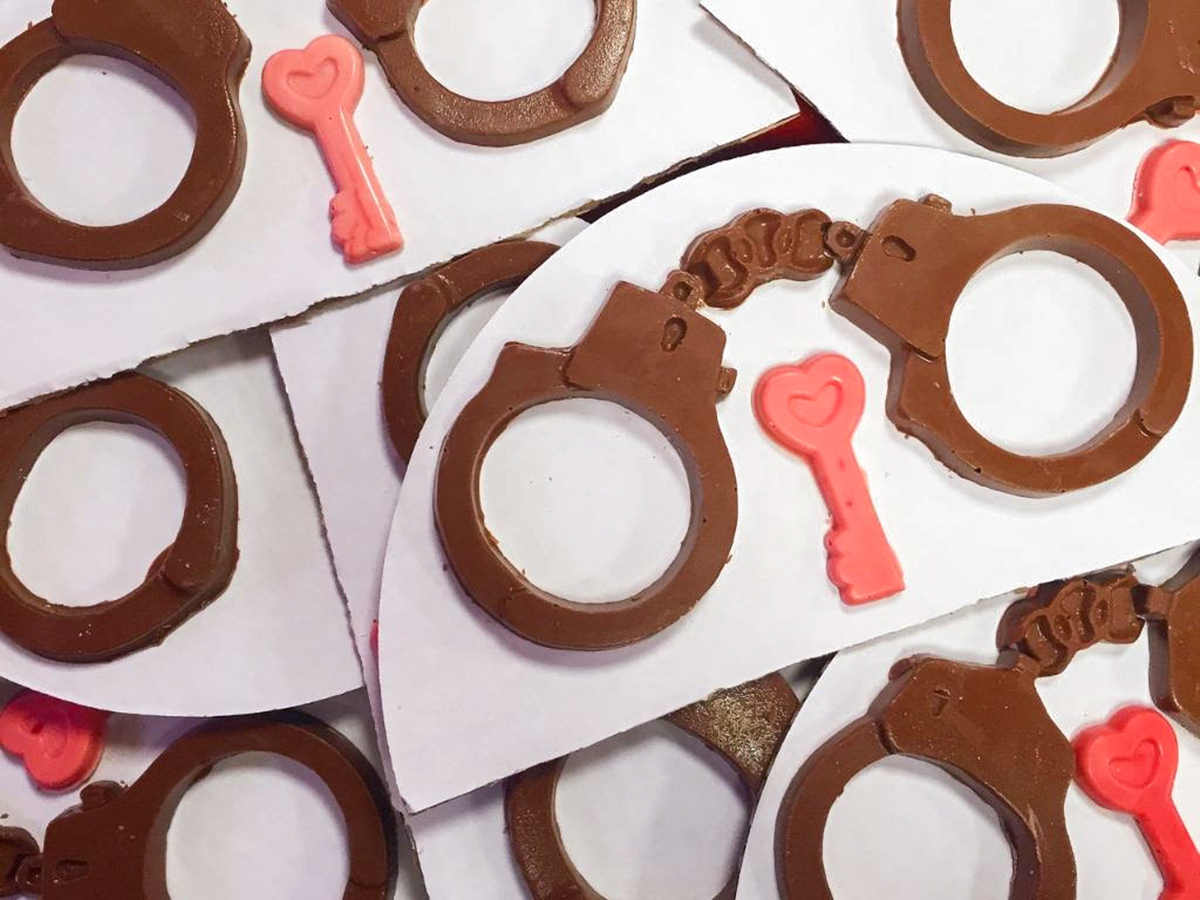 Sweet n' Nasty molds hundreds of adult chocolates in house, including these handcuffs and keys — which are used to top bachelorettes' cakes or sold on their own with the phrase, "Eat your way out!"

In the early 1980s, Niki Novak's sister bit into a cake shaped like a man's, um, member. It was disgusting. It wasn't the idea of the cake she found distasteful, mind you, but its actual flavor.

When Novak heard about the incident from her sister, she wondered: Why couldn't you make risqué cakes that tasted good, too?

Thus was born Sweet n' Nasty, a Boston bakery that specializes in confections shaped like boobs, butts and vaginas, as well as an alarming array of penises. While bachelorette parties are a natural source of business, you'd be surprised by how many other events the bakery has catered over the past 35 years.

And then there are the funerals.

" 'Asses to asses, dust to dust,' " Novak says. "People just want it for their last send-off" — a final laugh. (In at least one case, she says, the cake was a final request from the deceased.) 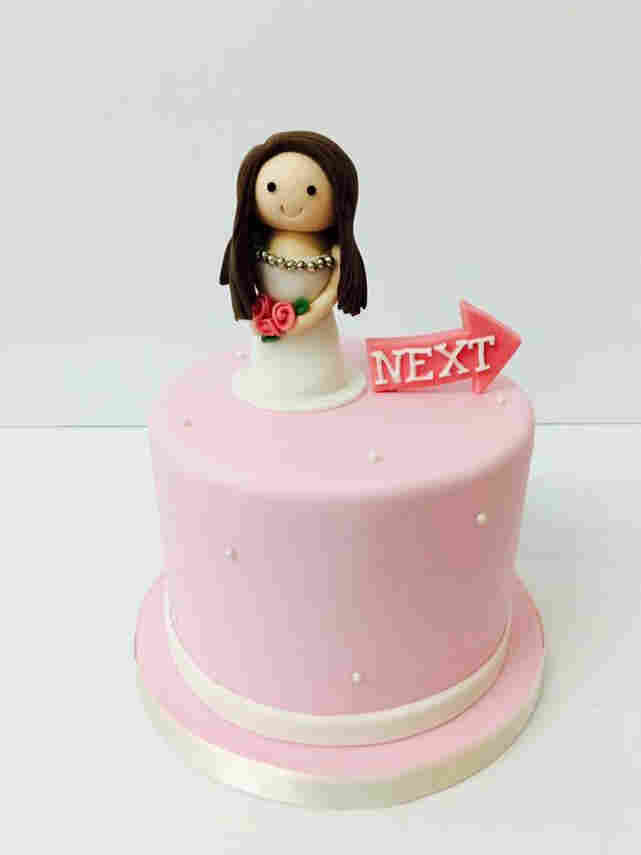 "Adult" doesn't always have to mean dirty when it comes to cakes. Even traditional bakeries will churn out specialty cakes, like this divorce cake from Toronto-based Le Dolci Cakes, upon request. Courtesy of Le Dolci Cakes hide caption 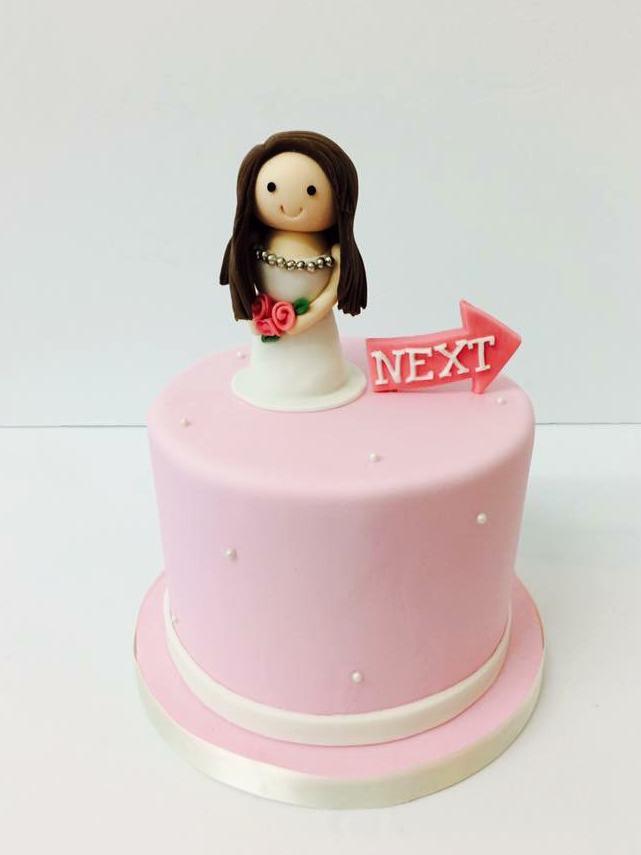 "Adult" doesn't always have to mean dirty when it comes to cakes. Even traditional bakeries will churn out specialty cakes, like this divorce cake from Toronto-based Le Dolci Cakes, upon request.

Kim Say says she hadn't thought about making adult treats until around 2010, when someone asked her to make a cake with boobs on it. When Say realized that the customer was asking because the owner of the only adult bakery in Houston had died, she decided to start a new one, Adult Cakes by Kim.

For Say, "adult" doesn't always mean "sexual." Some of her cakes are infused with alcohol, or deal with the themes of adult life. "I have an entire selection of divorce cakes," she says, noting that she can design these cakes to address specific marital problems.

For a woman who was divorcing a musician who had been cheating on her, "I got a bunch of [little plastic] guitars and then I broke them in half and I threw them all over the cake," she says. One of Say's customers is a lawyer who usually buys five or six divorce cakes per year to give to his clients.

Say also receives orders for breast cancer survivors. She has made flat-chested corset cakes to mark mastectomies and catered many "nipple parties" for women who have had nipple reconstruction surgery. You can order anything you want for these parties, including cupcakes that just look like huge nipples.

But there is one line neither baker will cross: tiered wedding cakes. Novak says they come with too much multiple-tastings drama.

Over the years, Novak's bakery has received some celebrity attention. One time, when the singer Cher was signing autographs at Tower Records, a Sweet n' Nasty employee ran over to present her with a penis pop. Cher, as Novak tells it, "was all over it."

Novak says that her bakery is all about making people laugh while giving them something good to eat. But given the nature of her work, Novak sometimes hears customers worry about what Grandma will think when they're picking up the cake. She says that if she hears back from those customers, "usually Grandma is the one that thinks it's the most fun. She's been around the longest."

"She loves it," Novak says. "My mother has a wonderful sense of humor. I think that's where I get it."