Accessibility links
A World Of Flavors In A Single Dish: How Jewish Food Spread Across The Globe : The Salt Cooking legend Joan Nathan documents the worldwide reach of Jewish food in her new book, King Solomon's Table. One example is haroset, a Passover staple that's been adapted to suit many local tastes. 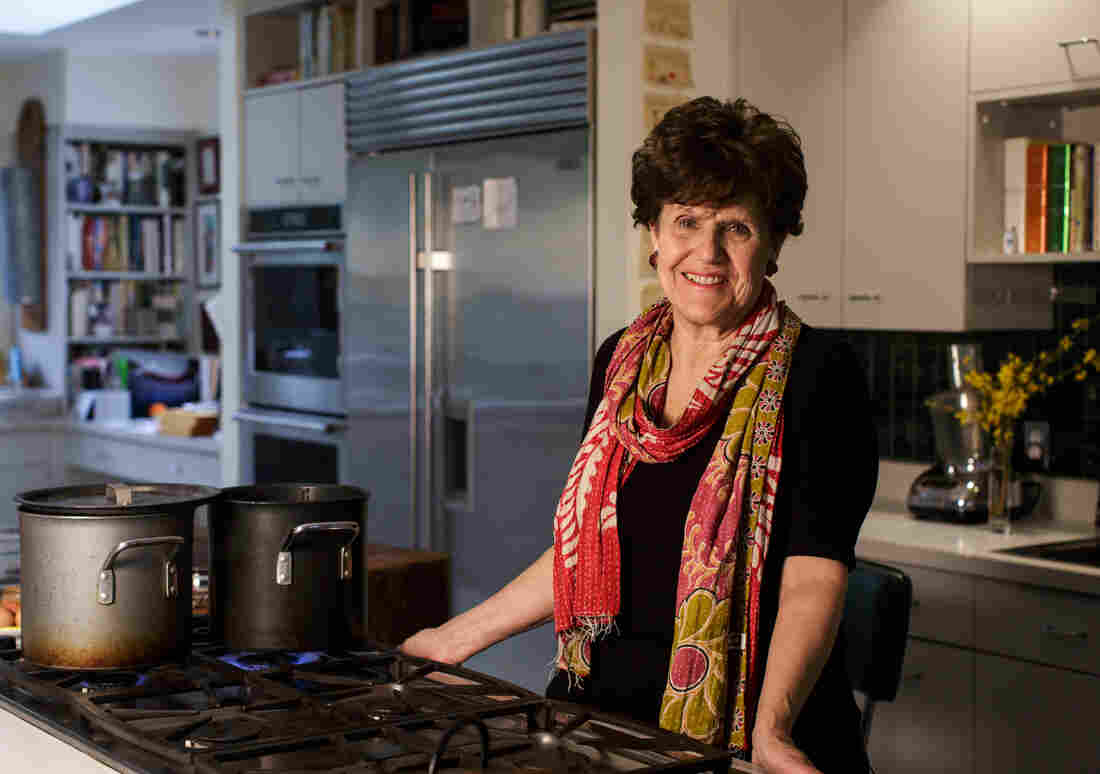 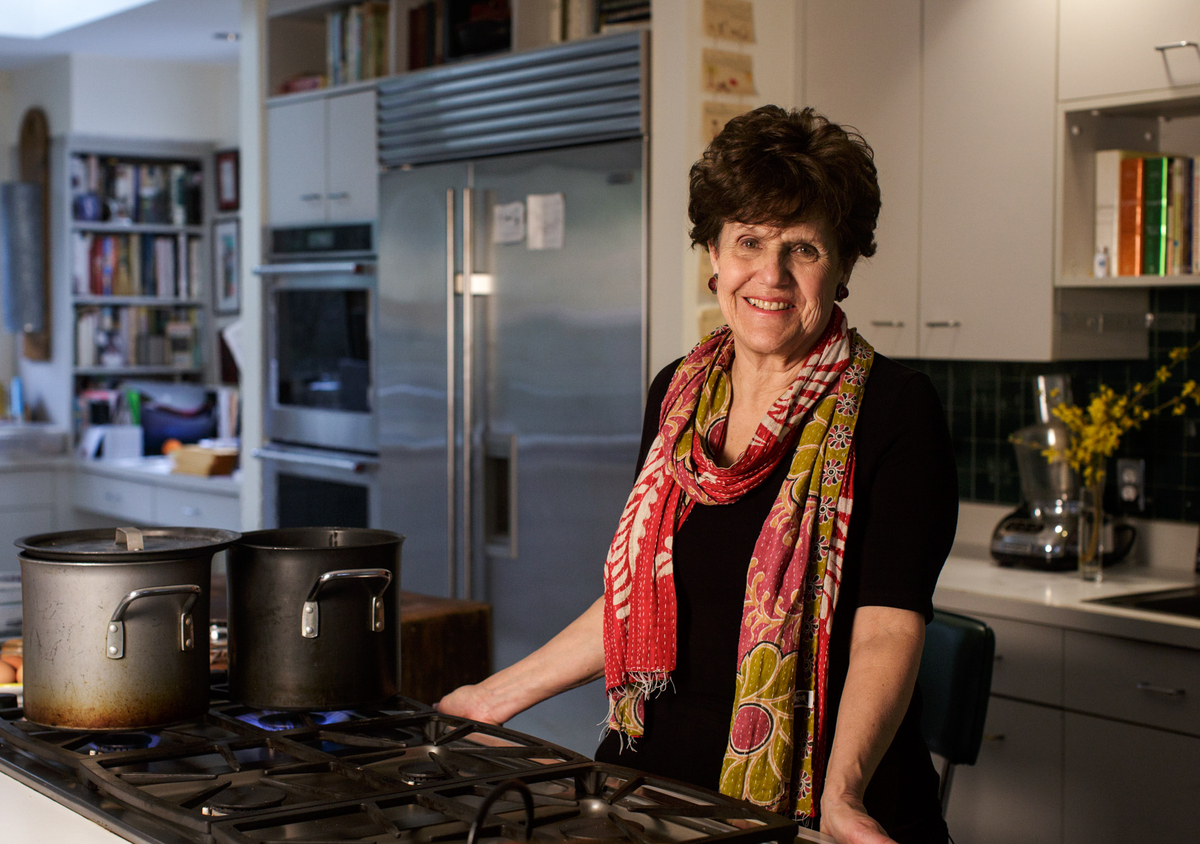 Joan Nathan, the author of 11 cookbooks, has sought out local Jewish food traditions as she's traveled the world.

With a taste of just a single dish from a Jewish family's table at Passover, Joan Nathan can tell a global story.

The Jewish cooking legend, who has nearly a dozen books to her name, has documented the worldwide reach of Jewish food for her latest, King Solomon's Table: A Culinary Exploration of Jewish Cooking from Around the World.

"I can track people by what their haroset is," Nathan says. 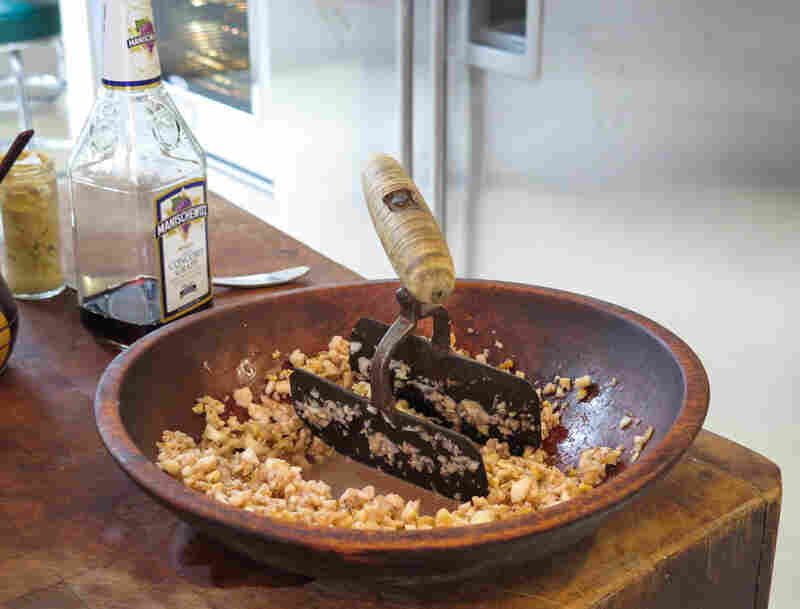 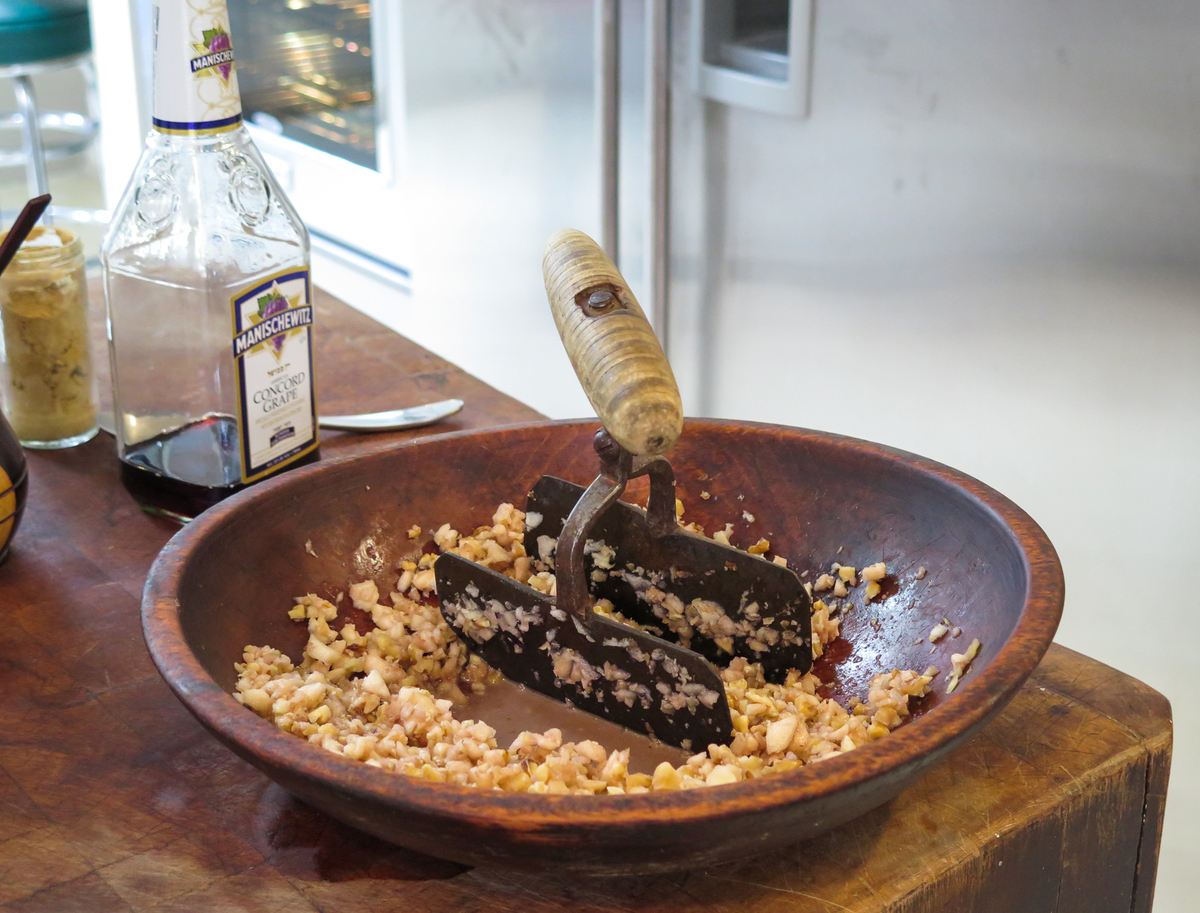 Cookbook author Joan Nathan uses this chopper, which she found at an antique store, to make haroset, a traditional Passover dish.

Haroset, a Passover staple, is a rough paste usually made of chopped fruits and nuts. It's meant to symbolize the mortar Hebrew slaves used for building before the exodus from Egypt. The basic recipe has assumed different forms depending on local traditions and ingredients, evolving as it traveled from one continent to another over the centuries.

Nathan's newest cookbook has five recipes for haroset, from every part of the globe. They range from a Maine version with blueberries and cranberries to a Brazilian recipe with cashews to a Persian variety featuring pomegranate juice.

"This is a perfect way to illustrate the wandering of the Jews," Nathan says.

Jewish cuisine is not as distinct as Indian or Mexican food, Nathan says, because Jews live all over the world. Wherever she travels, she seeks out the local food traditions.

For example, during a visit to Tbilisi, Georgia, in the 1980s, a rabbi served her a diced eggplant dish with herbs and spices from the region. A little later in Italy, she enjoyed practically the same mélange – only with a different palate of flavorings reflecting the local tastes.

In King Solomon's Table, Nathan also writes about the tradition of eggs on the Seder table. "Many Jews have the custom of starting the Passover Seder with eggs, either cooked in salt water or even cooked overnight in sand, a custom still followed today in North Africa," she writes.

The recipe she shares for hard-boiled eggs with spinach originated on the Greek island of Corfu.

Joan Nathan makes this recipe from King Solomon's Table to be the first dish eaten during the Passover meal.

Nathan says she's been studying these traditions for a long time, and her book is her way of "putting everything together – things that I've been thinking about, that I've been ruminating about for years."

Every Passover, I make about five kinds of haroset from different parts of the world. For me, the various blends, representing the mortar used to make bricks in slavery in ancient Egypt, reflect the regional dispersal of the Jews throughout history.

Haroset, a popular dipping sauce for feasts in Babylon, was brought to Jerusalem and later added to the Passover Seder after the destruction of the Second Temple. For centuries, the sauce, originally made of dates, was slowly cooked in copper pots, used to cook down the fruit into a syrupy honey, making the biblical date honey. Then it was topped with ground walnuts (see my Jewish Cooking in America, page 387). Later, in Baghdad (about thirty miles from Babylon), it was traditional to buy the dates, press them through a special machine, letting the syrup ooze out, and then heat the dates very slowly in a copper pot until they were the thick consistency of a jam-like syrup. I have heard stories about men and women who would roam the streets of Baghdad hawking this date honey served with clotted cream on bread or matzo for breakfast.

As Jews settled on the Silk Road or throughout the Mediterranean, they either brought with them their recipe for haroset, if they could find all the ingredients, or created new ones, based on ingredients where they lived.

Egyptian haroset includes raisins, dates, and nuts, and Persian haroset, called halleq, is filled with nuts and dried fruits, pomegranate juice, bananas, and cardamom as the prominent spice, but uncooked. 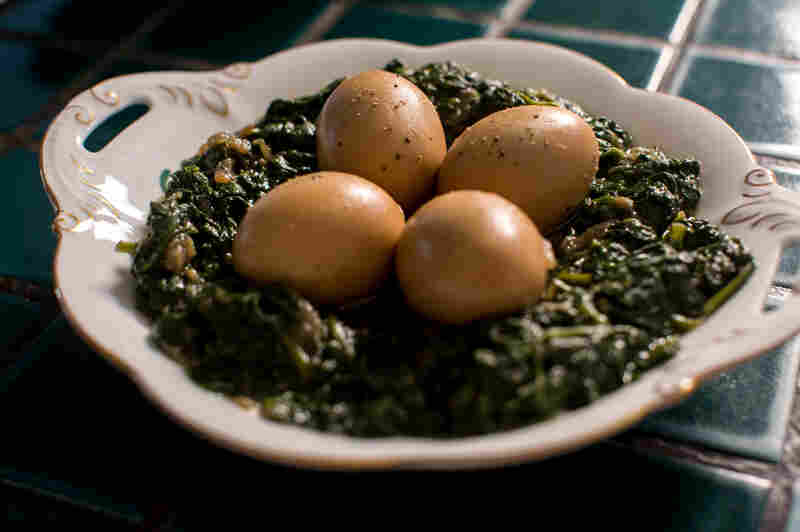 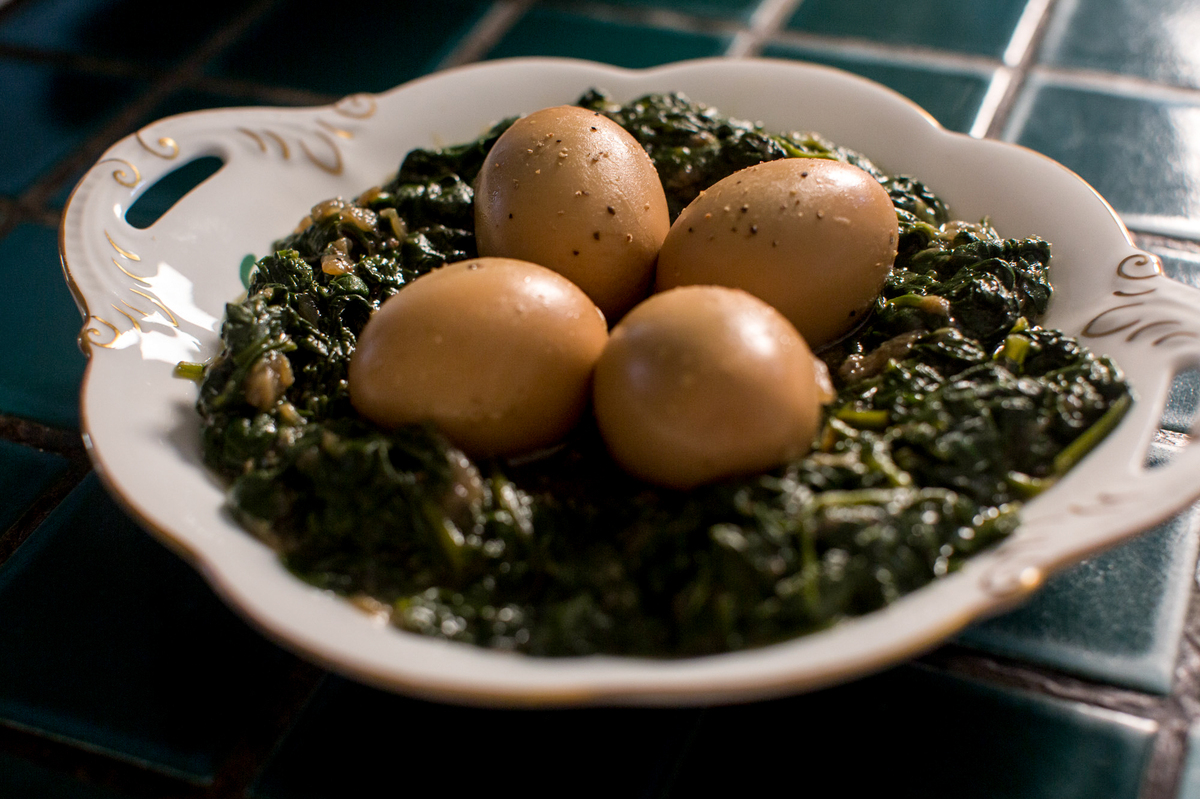 NOTE: To see if the eggs are really boiled, remove one egg from the water and spin it on a flat cutting board. If it twirls in one place, it is hard-boiled. If it wobbles all over the board, it is not cooked yet and the weight isn't distributed evenly. The easiest way of peeling a hot hard-boiled egg is to put it under cold water between your hands and rub it quickly until it cracks, then peel under the running water.

To prepare the symbolic egg for the Passover Seder plate, boil the egg in its shell, dry it, and then light a match underneath to char it.

Recipes from King Solomon's Table: A Culinary Exploration of Jewish Cooking from Around the World by Joan Nathan. Published by Knopf.