Accessibility links
Lawmaker's Childhood Experience Drives New Mexico's 'Lunch Shaming' Ban : The Salt New Mexico has made it illegal to stigmatize students who cannot pay for their lunches. State Sen. Michael Padilla, who introduced the bill, says he had to mop cafeteria floors as a foster child. 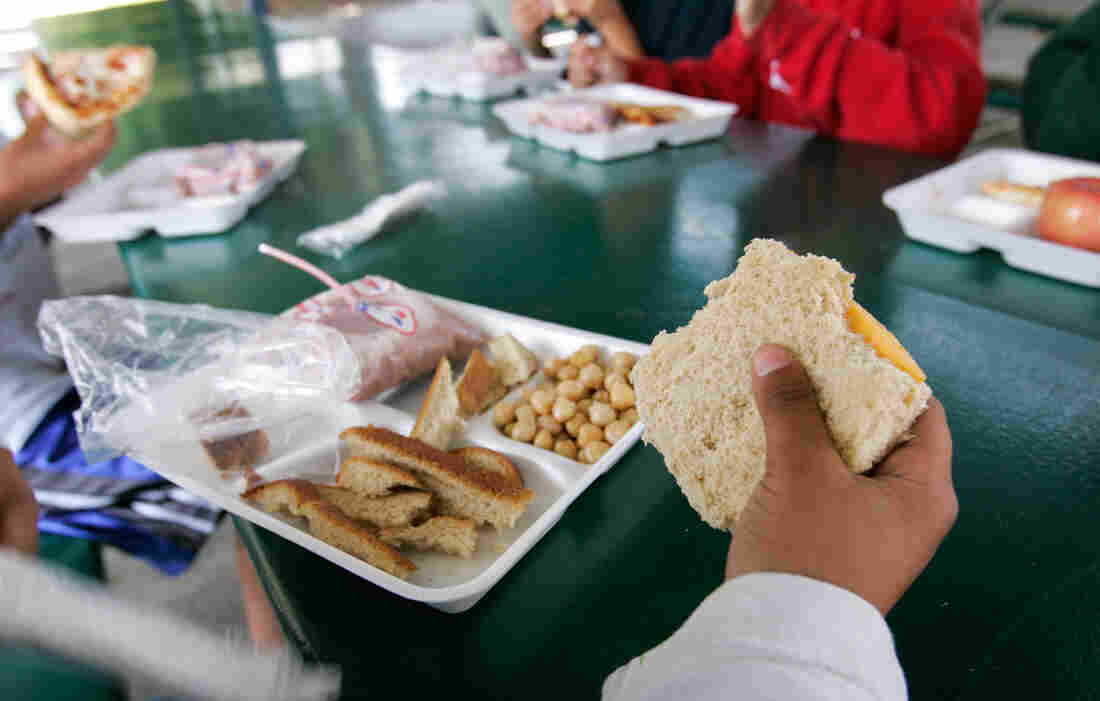 New Mexico state Sen. Michael Padilla says he has heard of "lunch shaming" practices around the country, including students being given different food if they can't afford the regular hot lunch. Don Bartletti/LA Times via Getty Images hide caption 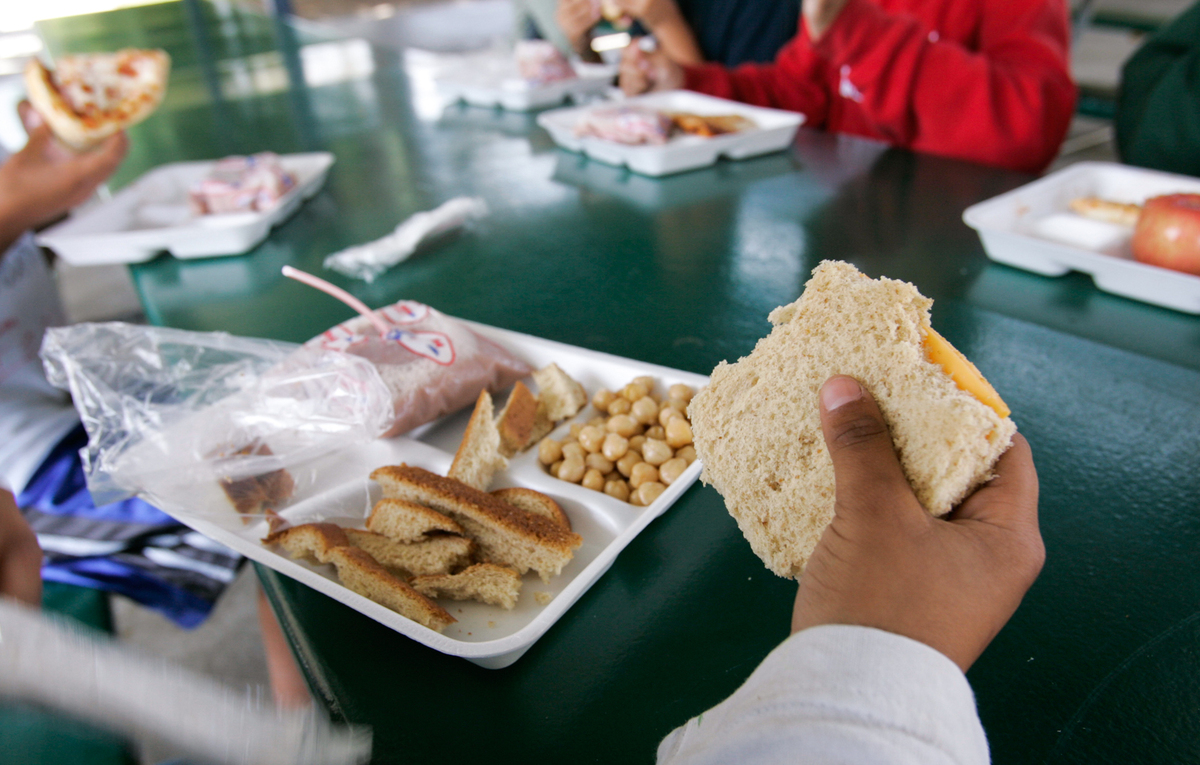 New Mexico state Sen. Michael Padilla says he has heard of "lunch shaming" practices around the country, including students being given different food if they can't afford the regular hot lunch.

When New Mexico state Sen. Michael Padilla was a child, he says he mopped the cafeteria floors to earn his school lunch, and he befriended the cafeteria workers so he wouldn't have to go hungry.

"I grew up in foster homes, multiple foster homes," the Democratic lawmaker tells NPR's Rachel Martin. "It's very obvious who the poor kids are in the school."

He says students in circumstances like his often have to watch as other children get served a hot lunch, while they are given a piece of bread — with "maybe a little bit of cheese." 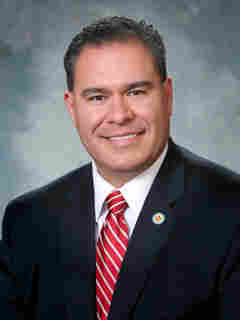 But new legislation that he introduced, which was signed last week by Gov. Susana Martinez, aims to make the stigma he experienced a thing of the past in New Mexico.

The Hunger-Free Students' Bill of Rights Act requires that all students have access to the same lunch and ends practices like trashing lunches that have been served to students who can't pay, or making students do chores to work off debt.

"A 6-year-old maybe up to about an 11- or a 12–year-old, a 14-year-old, they have no power to fix this issue and to resolve this," Padilla says. "If their parents have debt in the lunchroom, then that is not something that they have control over, and I don't know why we're punishing them. So this prohibits that — it outlaws that — and it focuses more on the child's well-being rather than the debt itself."

The law also mandates that schools assist students in signing up for free and reduced-price lunches.

Padilla says the law is the first of its kind in the United States, but he has heard of lunch shaming happening "across the country."

In 2015, a cafeteria worker from Colorado made national headlines when she claimed she was fired after feeding a first-grader who didn't have lunch money. A worker at a Pennsylvania school quit last year after she said she had to take away hot meals from two students.

Padilla says he has already heard from legislators in other states who would like to use his bill as model legislation.

"So I think you're going to see this kind of move its way across the country," he says.