Accessibility links
How Organic Is Your Milk? Well, It Depends On The Dairy It Came From : The Salt Is there a difference between organic milk bought in a grocery store and milk bought straight from farmers? Washington Post reporter Peter Whoriskey talks with NPR's Scott Simon about his findings. 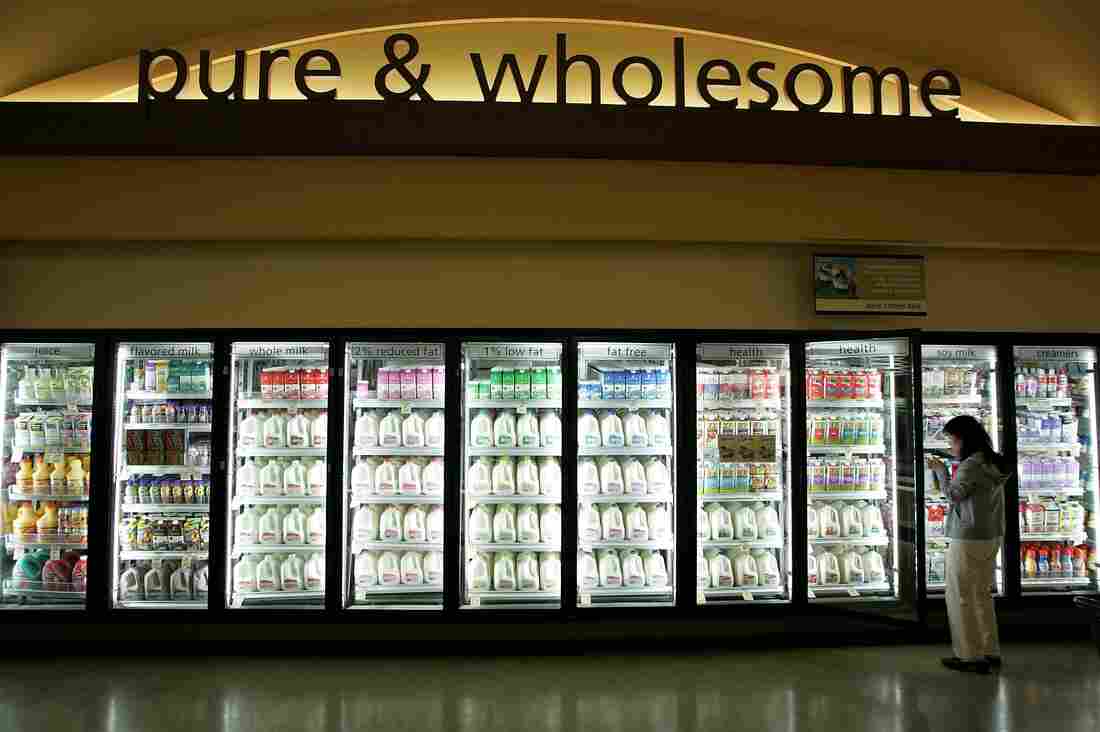 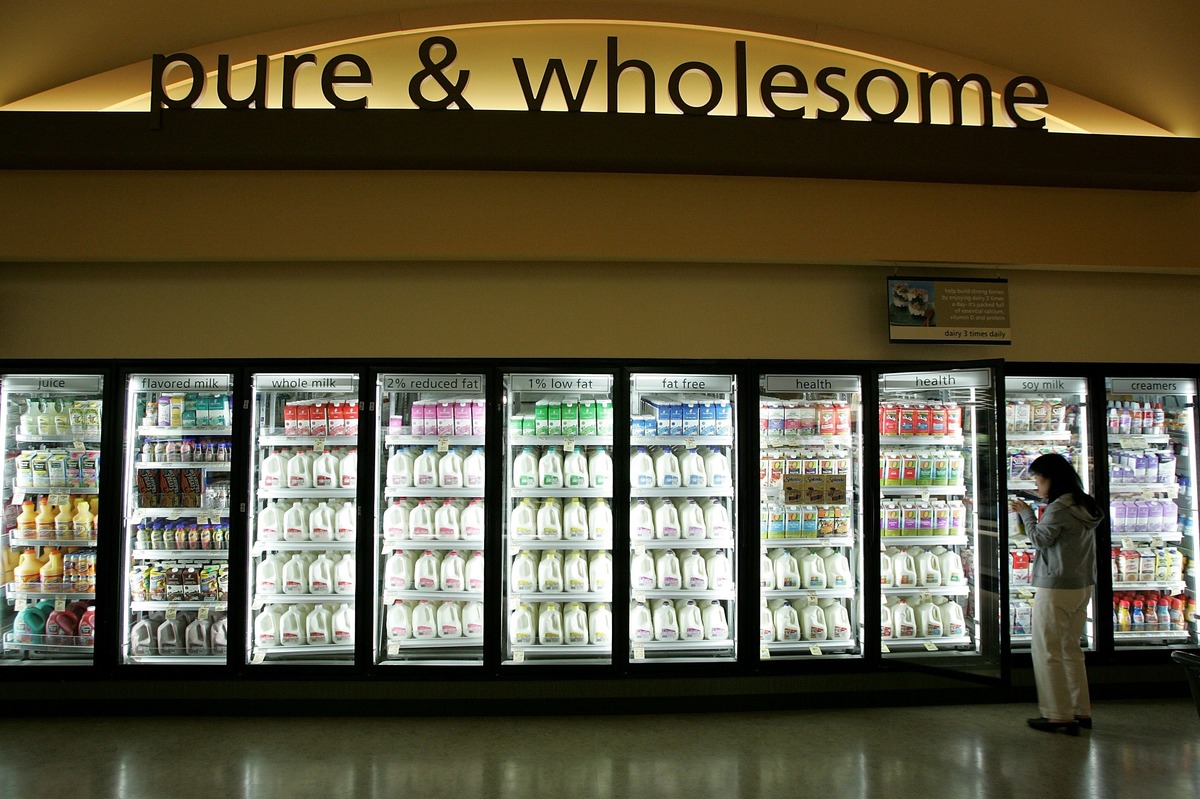 Organic milk is widely available these days, but what does that label really mean? A new investigation from The Washington Post found that there are considerable differences between the organic milk you can buy in a grocery store and the kind you can buy straight from farmers. Peter Whoriskey investigated the Aurora Organic Dairy, which supplies house-brand organic milk to many large retailers and other large dairy operations. He joined NPR's Scott Simon on Weekend Edition Saturday to talk about what he found out from his investigation.

Interview highlights have been edited for clarity and length.

We tested them chemically, and you can see from the results how much time a cow has been eating pasture, which is what organic cows are supposed to be doing. And you could see, you know, conventional milk was very low in the grass-fed department. And some of the organic milk, especially ones from very small farms, was quite high. The larger corporate organic milks were sort of in the middle. And there was one large organic producer that was actually almost identical to conventional milk.

On what some of the corporate dairy farms look like

In some ways, they don't look too much different than a conventional dairy. You have most of the cows that when we visited were in the feedlots and not out on pasture, which is where you would expect under organic regulations you'd see most of the cows.

On what the differences mean

On how violations happen and regulations aren't enforced

Well, the USDA has a very interesting enforcement system. Rather than sending USDA organic inspectors, each organic dairy or any organic farm hires their own inspection agency. They call them certifiers. And you hire your inspection agency.

They come out once a year, and they'll check paperwork. They might do some other tests. But generally speaking, there's obviously a conflict of interest there because they're your employee, and they're testing you and going to tell you whether or not your milk's organic.

On how farmers of smaller dairy operations feel

I've never met a farmer who thought business was great, and everything was going really well. These guys are obviously under a lot of pressure, and they're very upset that they're competing against people who are not playing by the rules. They look at a very large farm, and for certain practical reasons, it's hard to do a 15,000 cow facility because you have to have enough land ... and even if you get enough land, it takes a long time to get the cows out to pasture and then back to milk. So there's a reason why there's a lot of small farms. It's a little bit easier. So they're frustrated, a lot of them.

On being able to taste or see the difference

I can't taste it. I don't know that anybody can. What you can sort of see if you buy a house brand of milk, you can look at the code on the milk. It's usually four or five numbers. It's the milk processing code. For example, Aurora Organic Dairy is 08-29. And if you see that on the milk, then you know - at least know where it's coming from.

There are some ways to judge whether or not the milk is coming from a place that means to really produce organic milk. Cornucopia Institute is a group that issues a dairy scorecard. It's an activist group based in Wisconsin that has a lot of small farmers as members, and they became concerned about this and have really been banging on the drum for 10 years on this issue.

NPR's Wynne Davis produced this story for The Salt.