Accessibility links
'Tar Baby': A Folk Tale About Food Rights, Rooted In The Inequalities Of Slavery : The Salt Versions of the story of Bre'r Rabbit outwitting Bre'r Fox exist around the world. At heart, a new book argues, they're really about who controls access to food and subverting the powers that be. 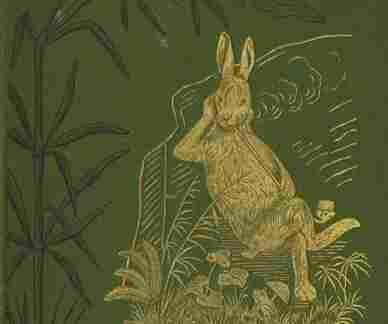 Detail of the cover of Uncle Remus, His Songs and His Sayings: The Folk-Lore of the Old Plantation, By Joel Chandler Harris. This 1880 book helped popularize the story of Bre'r Rabbit outwitting Bre'r Fox, but versions of the tale exist around the world. At heart, they're all about who controls access to food and subverting the powers that be, a new book argues. University of North Carolina at Chapel Hill hide caption

The tar baby story in which Bre'r Rabbit outwits Bre'r Fox is a classic trickster folk tale. But like all fables, it is a double-barreled affair, with entertainment firing in tandem with a serious message. The question the story addresses is a fundamental one: Who controls access to food and water? Or, more crucially, who controls access to food and water when the rules have been turned upside down by giant forces like colonialism, slavery, global trade and the loss of the commons to enclosures?

Far from being a simple folk tale, the tar baby story is "a collective work in political philosophy," says Berkeley professor Bryan Wagner in his fascinating new book The Tar Baby, A Global History. 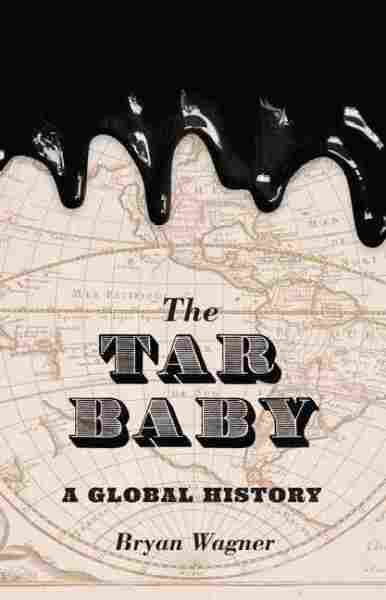 Wagner explores how hundreds of variants of this tale, passed on through the oral tradition, are present throughout the world in regions as far-ranging as the Philippines, India, Africa, Corsica, Colombia and Brazil, as well as among several American Indian tribes. No one can say for certain when or where it first originated, but in the U.S., the most popular version comes from Joel Chandler Harris' 1880 collection, Uncle Remus: His Songs and His Sayings.

Harris, a white journalist who worked as a teenage newspaper apprentice on a Georgia plantation during the Civil War, heard these stories from African-Americans, while spending many hours in conversation with the inhabitants of the soon to-be-former slave quarters. Entranced by this folklore, he created a genial but stern character named Uncle Remus – the stereotype of the dialect-speaking "venerable old darkey" – who tells these stories to a rosy-cheeked child referred to as "Miss Sally's little boy."

The post-war setting of the storytelling is a romanticized snapshot of plantation life. Ensconced in his small cabin, Uncle Remus holds forth while he's either cooking his dinner (such as a two-pound yam baked in ashes), drinking coffee from a tin mug, using a hog's bristle as a needle to mend his shoes, or weaving horse-collars from strips of tree bark, as his audience of one listens enrapt.

The book was a sensational best-seller. It was praised by everyone from Mark Twain and Rudyard Kipling to President Theodore Roosevelt, who invited the inordinately shy Harris to the White House, declaring, "Presidents may come and presidents may go, but Uncle Remus stays put." But Wagner warns that the "disproportionate attention" given to the Uncle Remus version "has obscured the story's actual range." 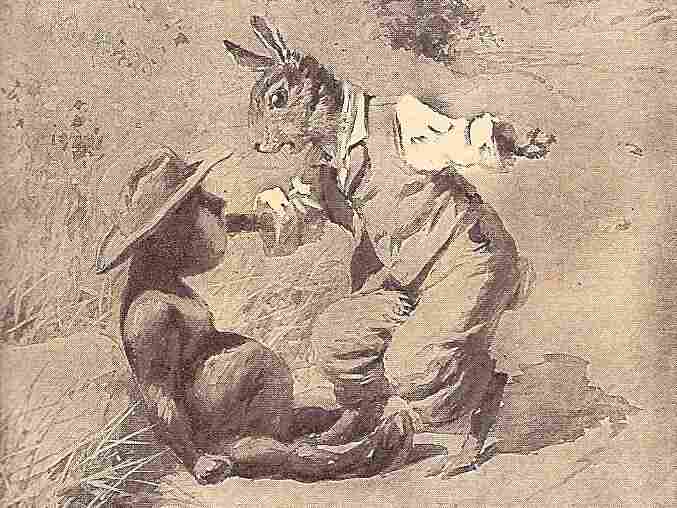 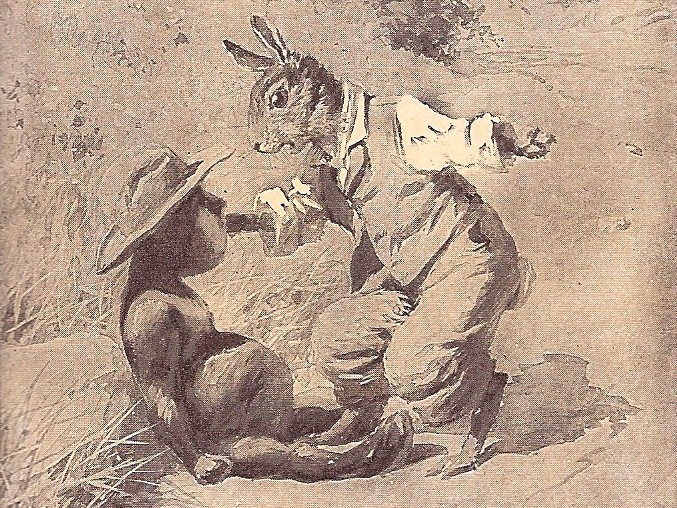 1895 version of Joel Chandler Harris' Uncle Remus: His Songs and His Sayings, illustrated by A.B. Frost.

An archetypal trickster tale, the tar baby story describes how a fox entraps a rabbit by using a tar figure. The rabbit gets stuck to it in five places – front and hind feet and head – after mistaking it for a real person and pummeling it for not replying to his polite greetings. Trapped but tactical as always, the rabbit begs the fox to roast, hang, skin or drown him but please not to throw him into the briar patch. Of course, the fox does precisely that, hoping to inflict maximum pain on his enemy, without knowing that rabbits are born and bred in thickets. The rabbit skips out as "lively ez a cricket in de embers" to live another day.

The allegorical symbolism, rooted in slavery and its inequalities, is not hard to decipher: The rabbit is the underdog who constantly has to outwit his more powerful (but dim) master in order to steal his food to survive. Legally, the food belongs to the "master," but morally, the enslaved have a right to it, too. "The briar patch," says Wagner, "is a symbol of the commons, the unenclosed, unowned land that provides refuge and resources that sustain the life of the community." 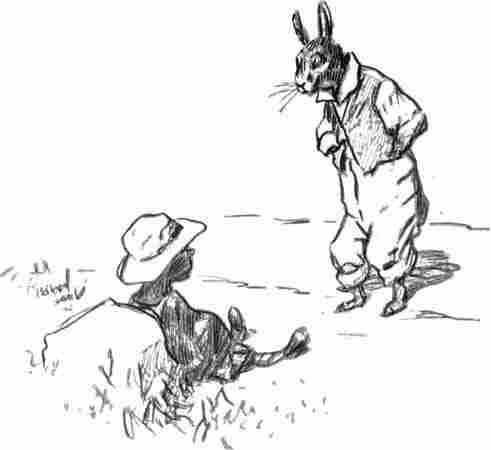 Today, the term "tar baby" is interpreted by many as a racial slur, and politicians have gotten in trouble for using it. But in its original context, it was a metaphor for a sticky situation that got worse the more one tangled with it.

Wagner says this story is "central to our understanding of cultural traditions that slaves brought from Africa to America." It shows that "slaves were neither deracinated nor submissive" but learned survival strategies.

The story also sheds light on what Wagner calls "the impact of science on the conflict over natural resources." The crude tar-and-turpentine figure which Brer Fox rigs up and calls "a contrapshun," is a piece of technology that gets the better of the rabbit's "thinkin' masheen." There is also an unmistakable parallel between this contrapshun and a tar fence described in Frederick Douglass's autobiography.

Douglass recalls how his plantation owner in Eastern Maryland built a tar fence to keep "hungry swarms of boys as well as the older slaves" out of his fruit garden abounding "in fruits of almost every description, from the hardy apple of the north to the delicate orange of the south." Given the chronic hunger they endured, hardly any enslaved person, writes Douglass in a marvelously ambiguous line, "had the virtue or the vice to resist it." But the tar fence worked. Those found with tar on their body were deemed guilty and brutally whipped. "The slaves became as fearful of tar as of the lash," writes Douglass. "They seemed to realize the impossibility of touching tar without being defiled."

It's almost like the tar baby tale come to life, and raises the question of whether the American version is a compound tale that originated in Africa but was partly constructed in America as a response to slavery.

"The fact that tar was used as a police technology under slavery undoubtedly has some relevance to the story," says Wagner. "The fox uses the tar baby to trap the rabbit, and this sticky, black material would have held special meaning for slaves who had experienced tar as a police technology. But, of course, there are many, many other ways in which tar takes on a special symbolic resonance in the story." 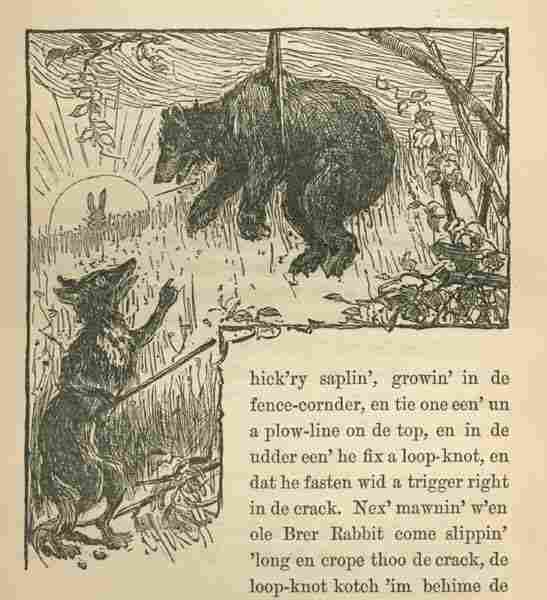 In the various global versions, the food the rabbit is out to snag changes, depending on the produce of the region. "For instance, there is a story from South Carolina in which the battle is over a field of black-eyed peas," says Wagner. "In Oaxaca, the dispute is over chile. A story from what is now Tanzania concerns a ripened field of dhurra (or sorghum). A version common across West Africa concerns maize, yams and beans. But often, the resource in question is not location specific. Water, for example, is probably the most common resource in dispute."

The tar-baby figure changes, too. In some stories, it holds a cake, a bottle of whiskey or a deck of cards to tempt the hedonist rabbit, while in a West African version, the tar baby is a gum doll with a plate of yams in its lap.

The most perplexing aspect of this folk tale is that in many variants the rabbit is portrayed as a free-rider. Asked to help dig a community well, he says he prefers to live off the dew on the grass – and then proceeds to steal water from the well. Asked to till the soil, he refuses, but then proceeds to steal a cabbage here and a turnip there. If the rabbit represents the underdog, how is he also, to use Wagner's phrase, "a selfish hustler"? Even more curiously, why is he so likeable?

"There is no question that we are meant to identify with the rabbit," says Wagner. "This is something that is confirmed again and again by the people who are telling and hearing the story. It's therefore puzzling that the opening scene of the story is structured in a way that makes it impossible to identify with the rabbit. The rabbit makes an agreement with others to share a resource in common, and then he breaks the agreement, taking everything for himself, leaving his honest neighbors with nothing. In other cases, the rabbit refuses to work, and then steals from his hardworking neighbors, leaving them to go hungry. One might assume that slaves telling the story, for example, would have strong reasons to identify with the fox, who works hard and has the fruit of his labors stolen from him. Yet over the course of the story, the line of identification with the rabbit becomes increasingly clear, as we cheer his escape at the story's conclusion. One thing I try to do in the book is to explain the mystery of our identification with the rabbit, which is not, I argue, as simple as it has often seemed."

It is, indeed, a subversive trick: We learn to identify not with the fox, whom the system would deem virtuous, but the rabbit who ultimately has the moral high ground.

Ambiguous, layered, and rich in meaning, Uncle Remus was right when he admonished his young listener that there is much more to these fables than "fun, fun, fun, en giggle, giggle, giggle."

Read an excerpt of The Tar Baby