Accessibility links
China Trade Deal Means More U.S. Beef, Chinese Chicken Exports : The Salt The U.S. has given the green light for China to start sending cooked poultry to America. It's part of a long-simmering trade deal that will open China's huge market up to U.S. beef producers. 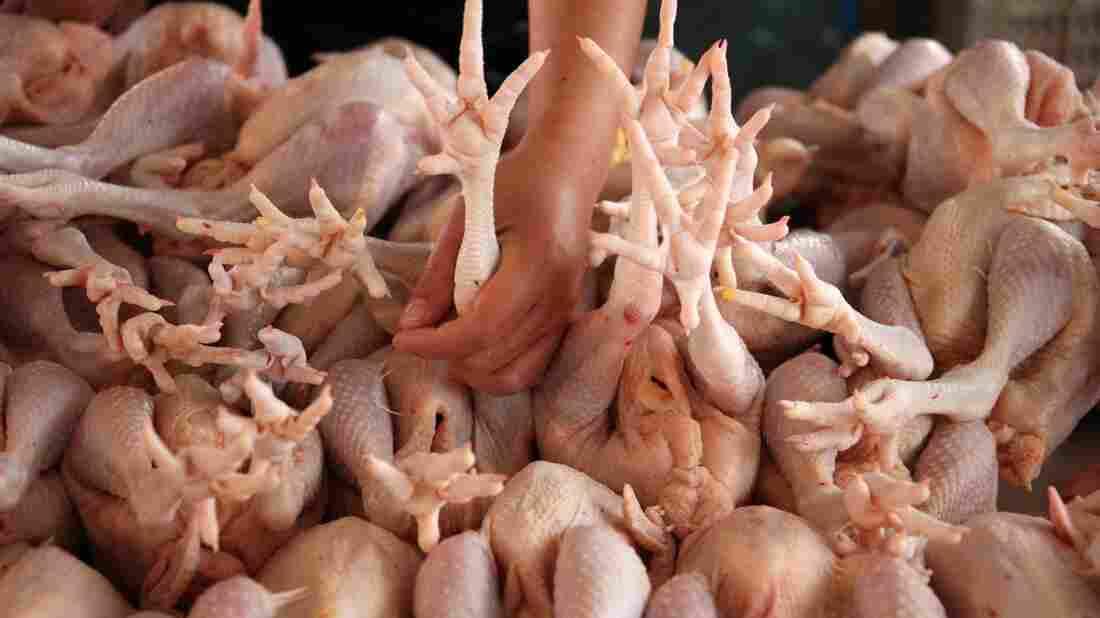 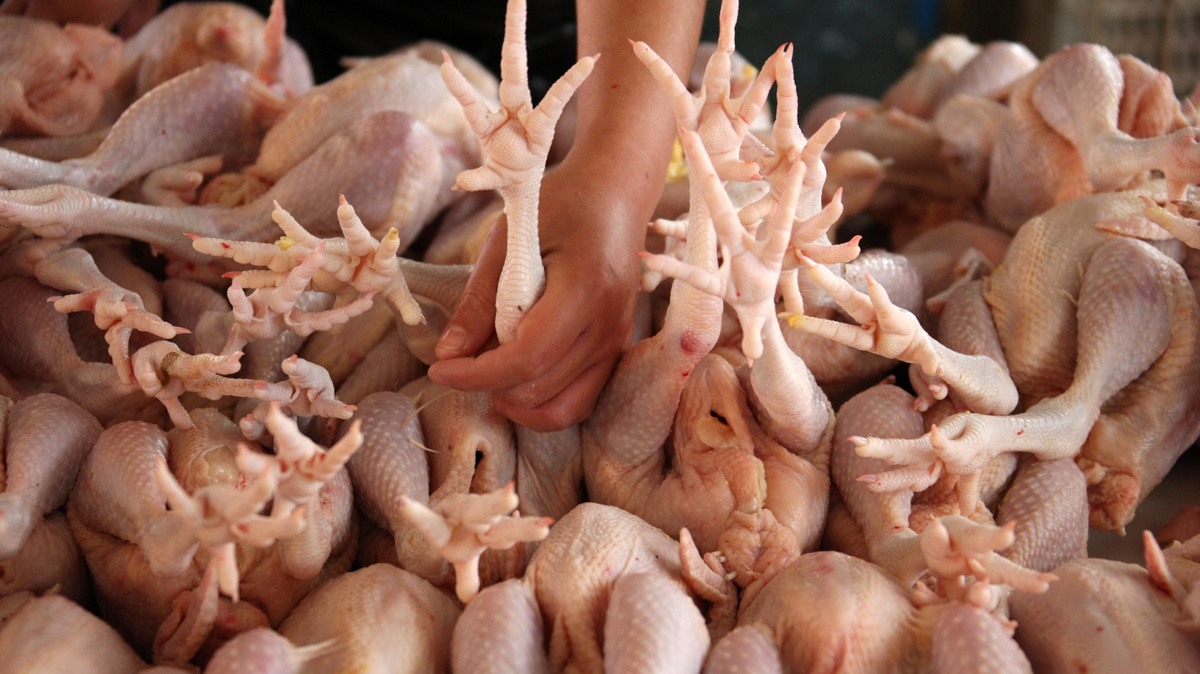 Chicken meat for sale at a market in Anhui province, China.

Cooked chicken from birds grown and raised in China soon will be headed to America — in a trade deal that's really about beef.

Commerce Secretary Wilbur Ross announced Thursday night that the U.S. was greenlighting Chinese chicken imports and getting U.S. beef producers access to China's nearly 1.4 billion consumers. But the deal is raising concerns among critics who point to China's long history of food-safety scandals.

The Chinese appetite for beef is huge and growing, but American beef producers have been locked out of that market since a case of mad cow disease cropped up in the U.S. in 2003. In response, many countries, including South Korea, Japan, Mexico and China, banned imports of U.S. beef.

China was the only one of those nations to not eventually lift its ban — and that's a big deal.

"It's a very big market; it's at least a $2.5 billion market that's being opened up for U.S. beef," Ross said in announcing the trade deal.

Many people long had seen China's refusal to lift its ban on U.S. beef imports as a negotiating tactic, a tit for tat aimed at allowing Chinese chicken imports into the United States. The negotiations that led to the new trade deal have been going back and forth for more than a decade, stalled at one point by worries in Congress over China's food-safety practices.

American beef producers are rejoicing that the process has finally resulted in allowing them to send beef to China.

"After being locked out of the world's largest market for 13 years, we strongly welcome the announcement that an agreement has been made to restore U.S. beef exports to China," Craig Uden, president of the National Cattlemen's Beef Association, said in a statement. "It's impossible to overstate how beneficial this will be for America's cattle producers, and the Trump administration deserves a lot of credit for getting this achieved."

The U.S. should be cleared to export beef to China by mid-July. That's also the deadline for the U.S. to finalize rules for the importation of cooked chicken products from China. Why cooked chicken instead of raw?

"For a country to be able to ship meat and poultry products into the U.S., they have to demonstrate that their food-safety inspection system is equivalent to the system here in the U.S.," explains Brian Ronholm, who served as deputy undersecretary for food safety at the U.S. Department of Agriculture under the Obama administration.

"The equivalency determination process for China as it relates to processed [cooked] chicken products had been underway, and this deal expedites this process," he says. "China also is seeking equivalency for their inspection system for slaughter facilities, but that will be a longer process."

Given the many outbreaks of avian flu China has experienced, there are also worries that if raw Chinese poultry were processed in the U.S., it could potentially contaminate American plants or somehow spread to birds here in the States.

Tony Corbo, a senior lobbyist for the food campaign at Food & Water Watch, an environmental advocacy group, has been raising concerns about efforts to open the U.S. market to Chinese chicken imports for years. He questions the Chinese government's ability to enforce food-safety standards, given its poor track record.

That record includes rat meat being sold as lamb, oil recovered from drainage ditches in gutters being sold as cooking oil, and baby formula contaminated with melamine that sickened hundreds of thousands of babies and killed six. In 2014, a Shanghai food-processing factory that supplied international restaurant brands including McDonald's and KFC was caught selling stale meat, repackaged with new expiration dates.

Corbo points out that last December, China's own Food and Drug Administration reported it had uncovered as many as a half-million cases of food-safety violations just in the first three quarters of 2016.

That said, the USDA has gone to China to inspect plants that would process the chicken to be shipped to America. But Corbo finds little comfort in that. "You don't know from moment to moment how China is enforcing food-safety standards," Corbo says.

In recent months, a team from the USDA's Food Safety and Inspection Service has traveled to China to train Chinese officials in meat safety.

One thing Thursday's trade deal did not address: U.S. poultry exports to China. The U.S. used to send a lot of chicken feet over to China, where they are a delicacy. But China banned U.S. chicken imports in 2015, after an outbreak of avian flu in the Midwest.

China "was a $750 million market just a few years ago, and now it's essentially zero. It was one of our most important markets," says Jim Sumner, president of the USA Poultry and Egg Export Council.

But Sumner isn't worried about the new competition from Chinese chicken in the U.S. In fact, he welcomes it as an important step in reopening the Chinese market to U.S. poultry producers.

"Trade is a two-way street," he says.

It's not clear how soon after mid-July we can expect to see cooked chicken products from China in U.S. supermarkets. Sumner says he doesn't expect the product to overwhelm store shelves, because the economics of raising chickens in China and then shipping them to America still favors U.S. producers.

Maria Godoy is a senior editor with NPR News and host of The Salt. She's on Twitter: @mgodoyh