Accessibility links
Michael Ruhlman And Ari Shapiro Visit A Grocery Store To Talk About Buying Food In America : The Salt In his new book, Michael Ruhlman explores how and why Americans have changed from corner-store customers to insatiable consumers of every edible product at our fingertips. 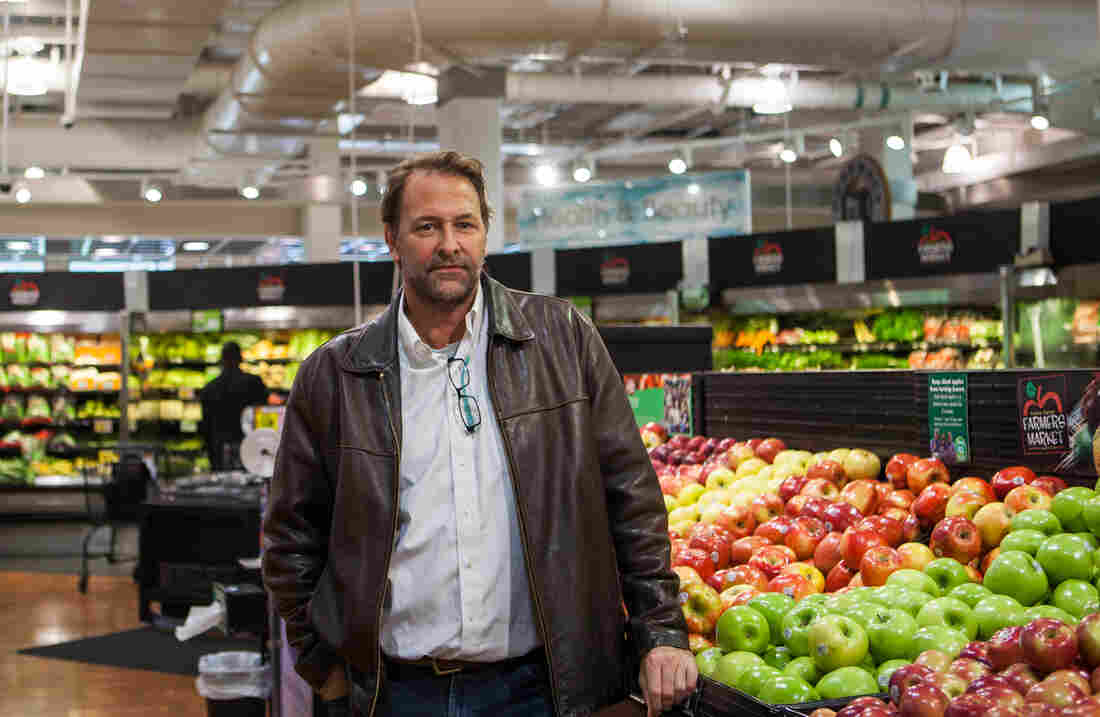 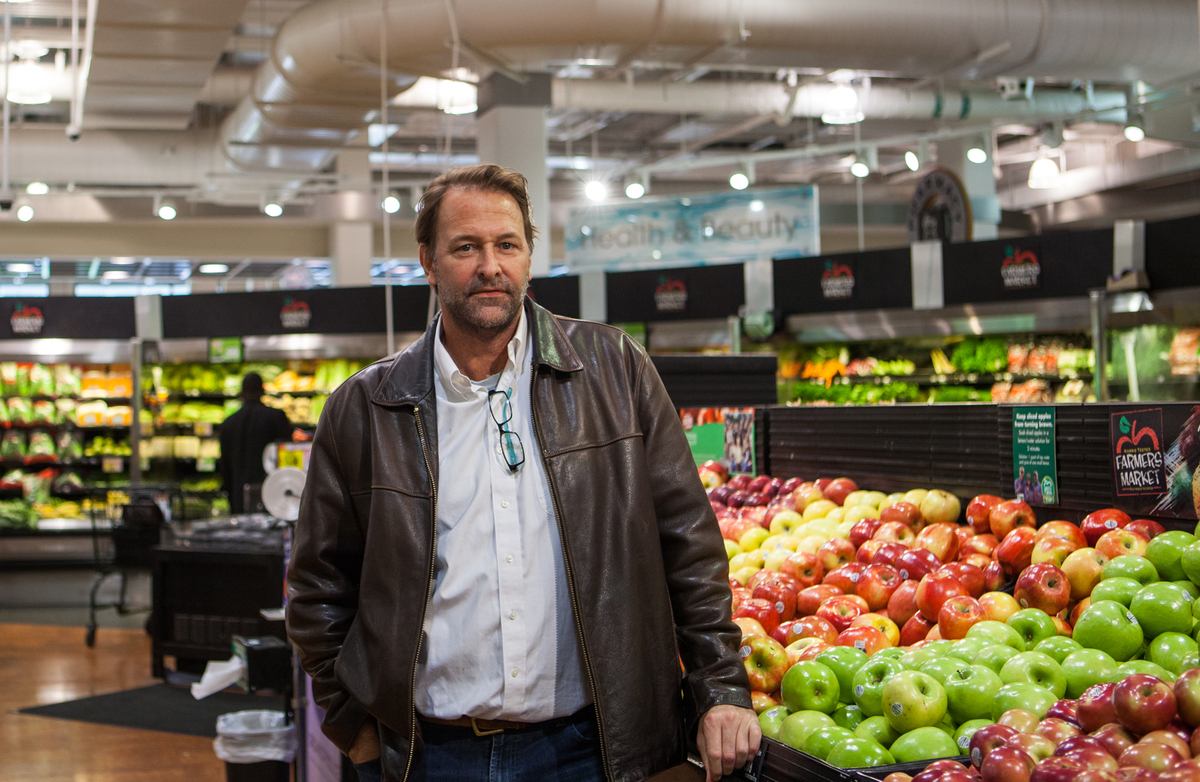 Grocery stores in America have changed from neighborhood corner markets to multimillion-dollar chains that sell convenience — along with thousands of products — to satisfy the demand of the country's hungry consumers. What caused this transformation? And what will our grocery stores be like in the future? 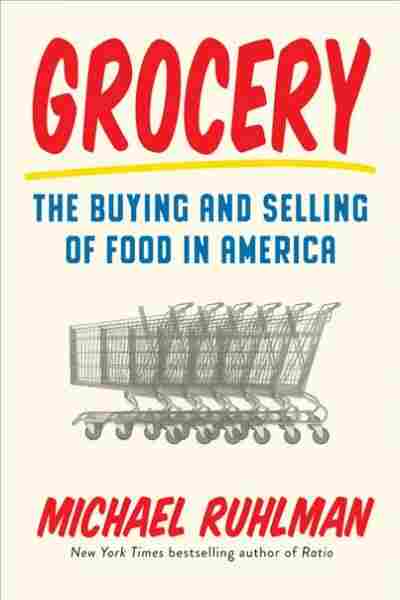 The Buying and Selling of Food in America

Award-winning food writer Michael Ruhlman, author of more than 20 books — including the best-seller The Soul of the Chef and co-author of The French Laundry Cookbook with chef Thomas Keller — examines this phenomenon through the story of the Midwestern grocery chain Heinen's. His new book, Grocery: The Buying and Selling of Food in America, not only offers insights on how we produce, distribute and buy food, but seeks ways of understanding our changing relationship with what we eat and how we get it.

To talk about some of these issues, NPR's Ari Shapiro of All Things Considered met with Ruhlman at a Harris Teeter grocery store in Washington, D.C.

We're going to dig into the store and wander around its various sections. But just standing here at the entrance, you can see a bit of produce, a bit of prepared food, a magazine rack, charcoal. Is there something you didn't know before you started researching the book that you now see in a different way?

The sheer quantity of stuff that we buy and that's available to us. It represents the extraordinary luxury that Americans have at our fingertips, seven days a week.

We are in the first section that most people usually walk into in a grocery store: produce. It was so interesting to read about the time that you spent with the produce buyers behind Heinen's — the chain in Cleveland — and the debates they had about whether the cantaloupes were sweet enough, whether there were enough plums, whether anybody would buy the stone fruit after back-to-school in September ... the things that we as customers never see.

We don't. We just expect it to be here: "I want peapods for my stir-fry tonight. Where are they, I expect them to be here." And [the store] wants you to have them. If you come there and they don't have peapods, they're going to lose a customer. The business is run at such a narrow margin that they really want to keep their customers, which is why you're almost always asked at good grocery stores, "Did you find everything you need?" Because that's one reason why people don't come back.

Let's work our way to the packaged stuff in the center. In a typical grocery store, how many different products are you going to find?

There are about 40,000. In the past couple of decades it's gone up from about 7,000. Food manufacturers have found that they can increase demand and sell more products if they give you more variety. For instance, barbecue sauces: Caribbean jerk, sesame ginger, Hawaiian, teriyaki ... when's it going to end? There's got to be a limit as to how much we can actually absorb and choose from. 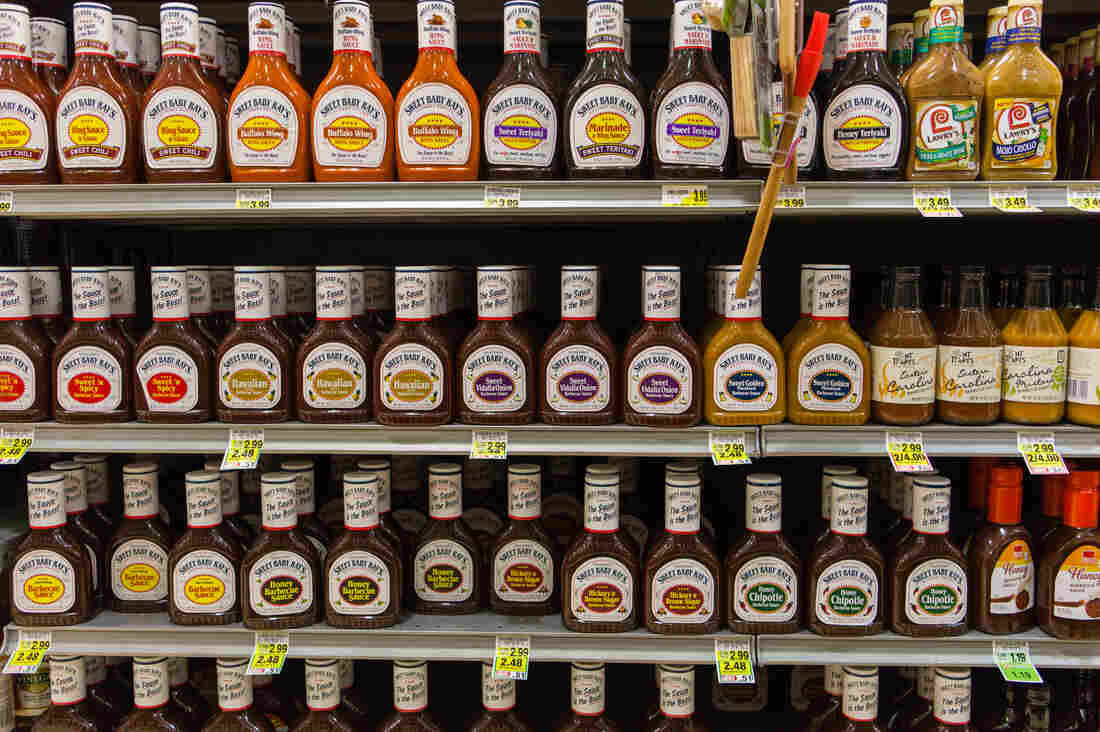 A typical grocery store now sells about 40,000 products, compared with about 7,000 a couple of decades ago, Ruhlman says. Kelly Jo Smart/NPR hide caption 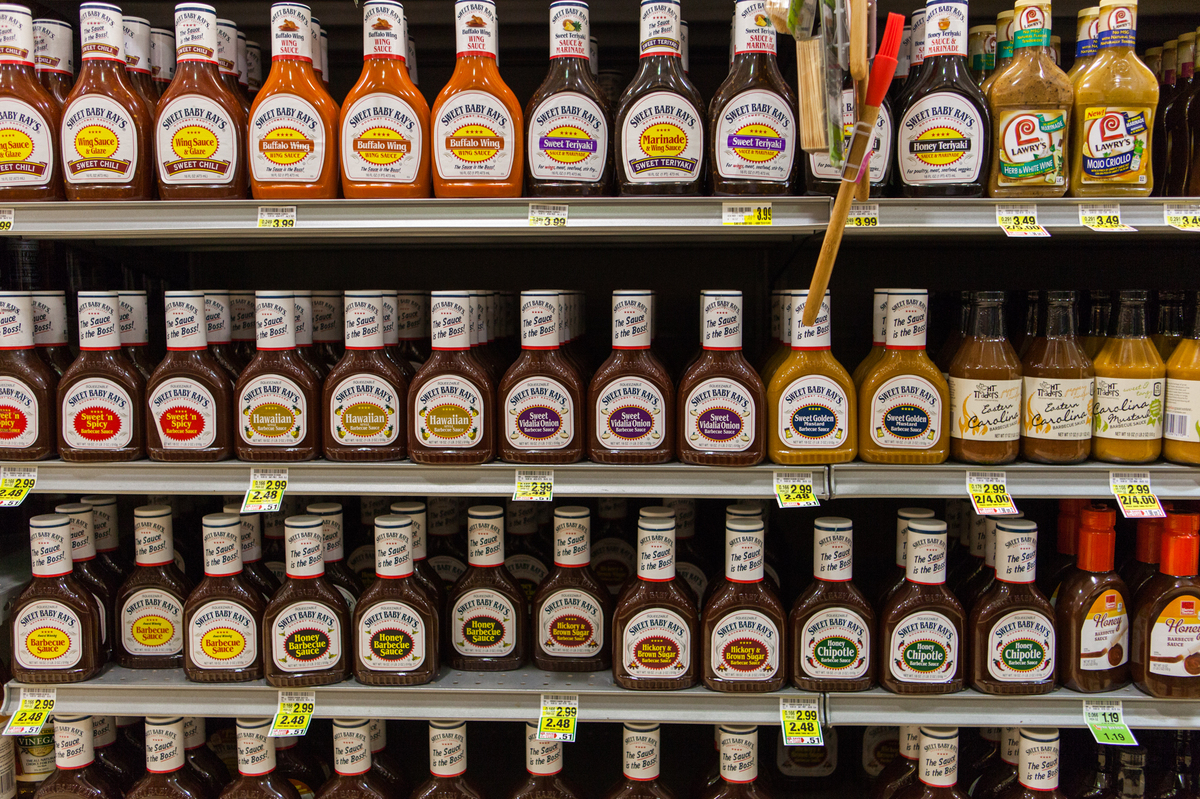 A typical grocery store now sells about 40,000 products, compared with about 7,000 a couple of decades ago, Ruhlman says.

I get the sense that you feel a little conflicted. On one hand, the grocery store is the embodiment of the greatest pinnacle of human achievement, and on the other hand, it's row after row of depressing, processed, sugar-filled junk.

Yes. It's the best of America and the worst of America right here in one bright neon-lit landscape. My father died shortly before I started [researching the book]. He loved grocery stores, and that's part of why I [did this.] I think the grocery store is sort of a nostalgic place. We want to think the people who care about our food care about us. It goes back to that corner grocery store. But I don't think they do anymore.

So far, it doesn't seem like grocery delivery has really taken off. Do you see that changing?

I do believe more people will get their commodity groceries — the Cheerios, the cranberry juice, all the stuff in the middle of the grocery store they will get it delivered, because it's all the same no matter where it comes from. The whole center of the store is going to go away or it's going to be filled with specialty goods. That's my hope. Grocery stores are going to shrink and become more specialty stores, and they're going to sell better food.

Is that, in some sense, a return to what it was like in the early days of the grocery store?

That's exactly what it's returning to — when a small grocery would sell a variety of very special hand-picked goods.

Read an excerpt of Grocery