Accessibility links
Is The Appeal Of Cow Milk Curdling For Americans? : The Salt In the 1900s, nutritionists and dairy producers helped convince Americans that cow's milk was nature's perfect food. But the science and tastes have changed, and we're guzzling much less than before. 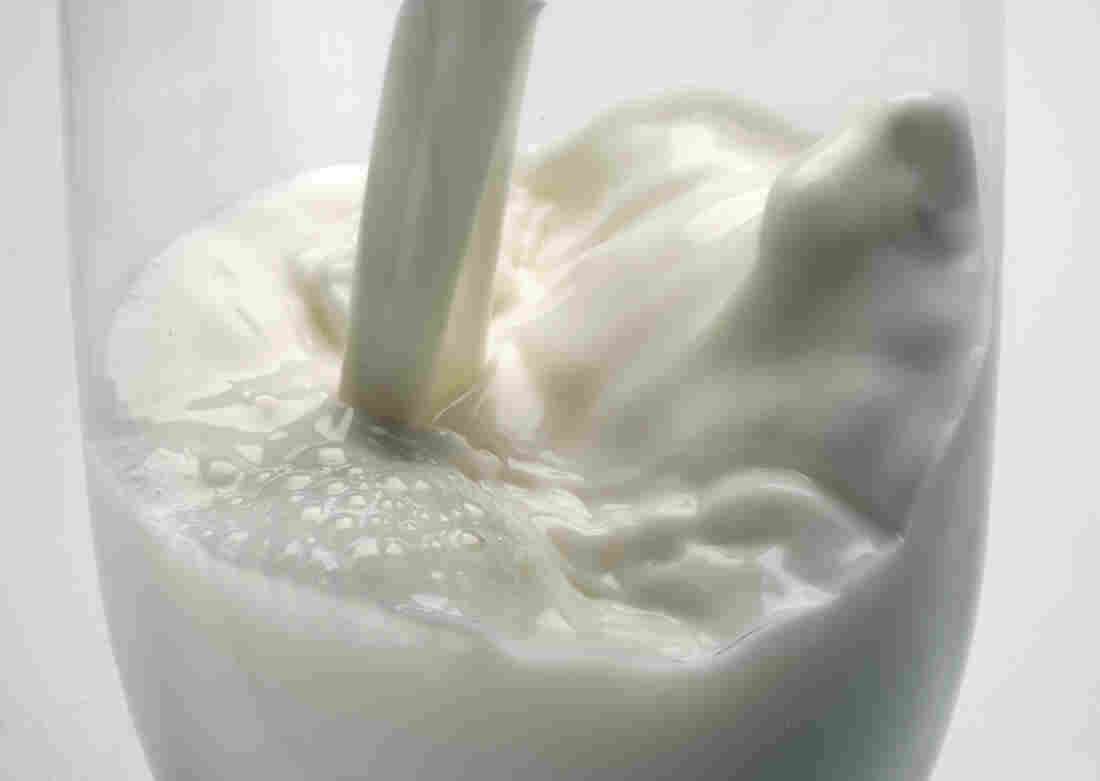 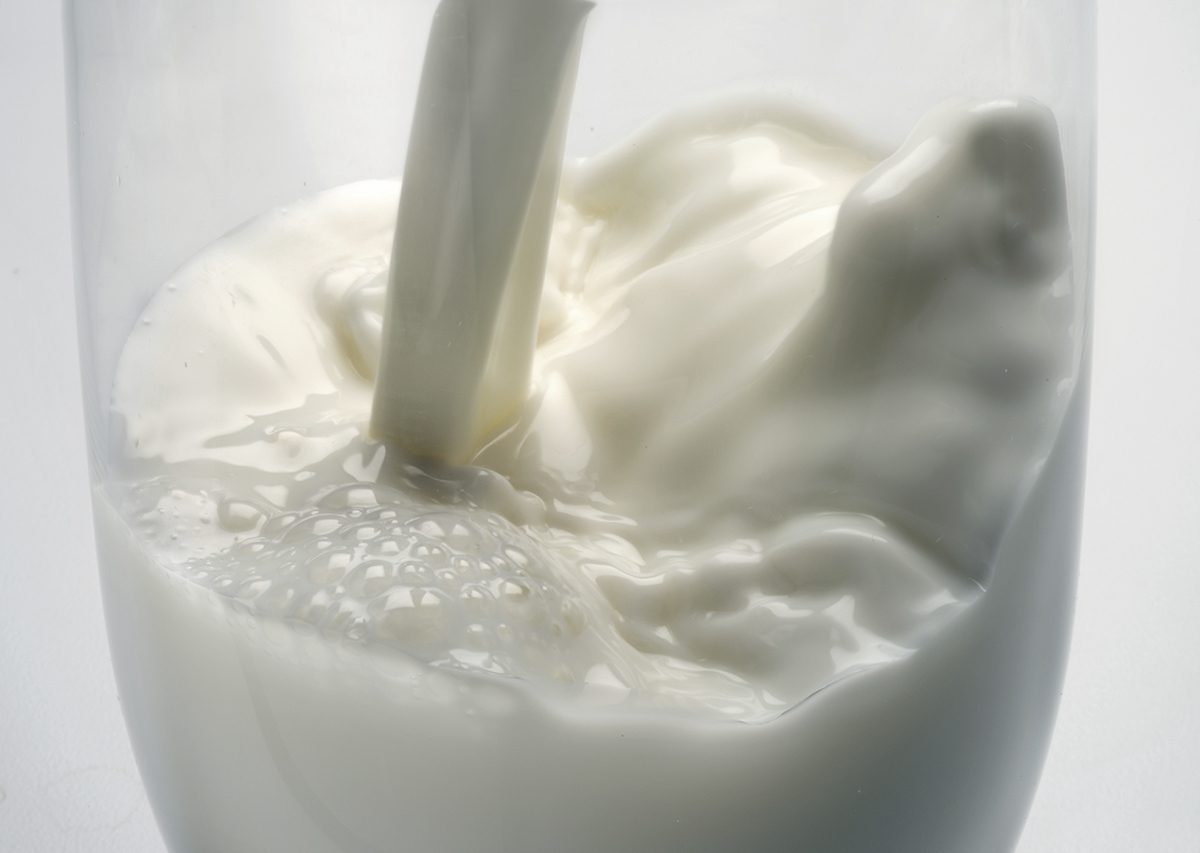 When's the last time you had a glass of cow's milk?

Americans are drinking a lot less milk than they used to. According to the U. S. Department of Agriculture, the average person drinks 18 gallons a year. Back in the 1970s it was more like 30 gallons a year. We once hoisted a glass with dinner, soaked our breakfast cereal or dipped into the occasional milkshake. This habitual milk drinking was no accident.

It started in the 1800s, when Americans moved from farms to cities. "First, you had to have the rise of milk trains that would bring milk from the countryside. That milk was refrigerated with ice," says Melanie DuPuis, a professor at Pace University and author of Nature's Perfect Food: How Milk Became America's Drink.

Soy, Almond, Coconut: If It's Not From A Cow, Can You Legally Call It Milk?

Before that, she says, milk was not a reliable source of nutrition for city dwellers. Nor was it all that safe. In the 1850s there was a major scandal in New York after thousands of babies died from drinking swill milk — the stuff that came from sickly cows, animals fed from the waste of city grain-alcohol distilleries.

This led to reformers calling for safe milk. At the same time, rural and upstate dairy farmers wanted customers. A political bargain was born. "We are going to make this deal, where we're going to feed those children and enable them to get enough nutrition through this thing that the nutritionists were calling a protective food," says DuPuis. "That will enable your farmers and your farm regions to have a vibrant economy."

Milk get its healthy halo 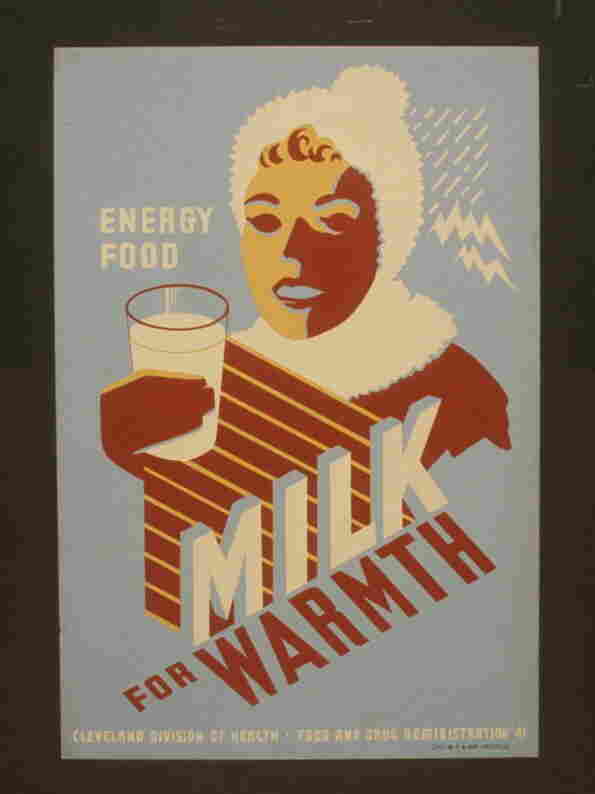 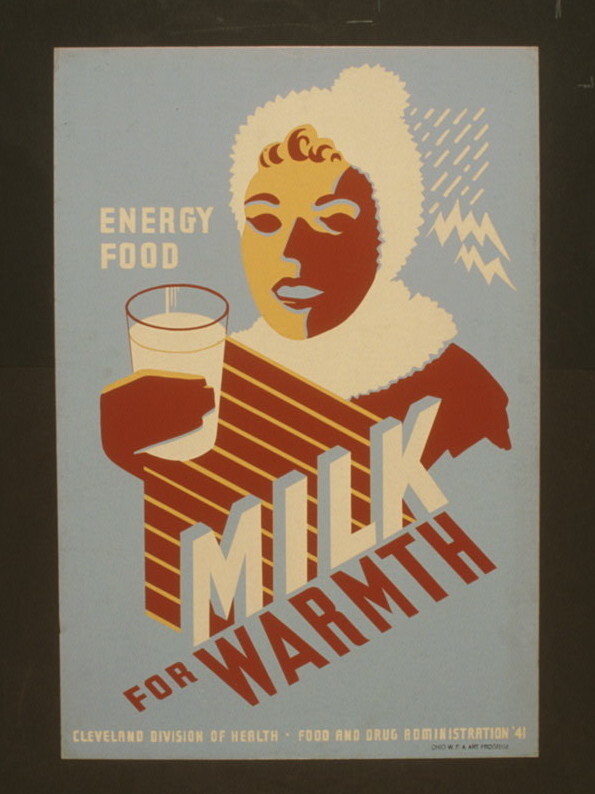 "These rats that had dairy products would be sleek and healthy-looking and larger, and the other animals would look scrawny and unhealthy," adds DuPuis. Groups that represented milk interests embraced the research and infused their advertisements with glowing claims about milk's health benefits.

By the mid-20th century, Americans were told to drink two to three glasses of milk a day. And for generations, we did. Dairy companies like Borden boomed. Dairy industry marketing? That was the stuff of legend.

But by the time the famous '90s-era "Got Milk" advertising campaign hit the airwaves and pages of magazines, liquid milk sales were already on the decline.

Marion Nestle, a professor of nutrition, food studies and public health at New York University and author of Food Politics, points to the 1970s as a time when new research raised questions about milk's effectiveness in preventing osteoporosis.

"Milk is the perfect food – for calves," Nestle says. "There is no question about that. But for humans, it may not be. And it may not be necessary, and there is plenty of evidence that it isn't necessary."

The key word there is necessary. Nestle says if you want to drink cow's milk, go ahead — it's still a healthy and nutritious option. The problem for the dairy industry is that it's no longer the only beverage option with a health halo. Juice makers offer calcium and Vitamin D-fortified drinks. Dairy-free diets are widespread. The lactose intolerant no longer believe they need milk to have a complete diet.

Meanwhile, the political debate over how dairy cows were raised also became a factor. The genetically modified growth hormone that was fed to cows to increase dairy production became a major consumer turnoff, says Nestle. "That's why it's not being used that much anymore."

Nestle says the animal rights movement that led many people to become vegetarians or vegans also contributed to the long-term decline in cow's milk consumption.

More choices for kids — and moms

But the biggest hit to milk drinking in the U.S. may have come from teens and the youngest dairy consumers, kids ages 2 to 8.

That's what keeps Julia Kadison up at night. Kadison is the chief executive officer at MilkPep – The Milk Processor Education Program. "What's going on with that decline in the young kids really has a lot to do with their gatekeeper moms, "she explains. Kadison says her group believes moms are still the key decision makers when it comes to what kids are drinking. With moms choosing alternative milks – soy, almond, coconut and the like — kids are embracing those options as well.

"Now there's so much choice in the marketplace," Kadison says. "You have all kinds of different waters and sports beverages and energy drinks, so there's just a lot of choice out there. It's a culture of choice."

Kadison points to the fact that sales for dairy in other forms are still doing well – a fact she attributes to simple innovations like changes in packaging.

"When you go to the yogurt aisle, you will see, probably, depending on the store, half or 40 percent of that is dedicated to kid's products," Kadison explains. "There are all kinds of flavors, there are all kinds of packages, and I am sorry to say but in the milk category that has not been the case. It's like carton or jug, basically. "

What's more, plant-based milks have been steadily gaining ground. According to Nielsen's, almond milk, for instance, has seen sales grow 250 percent over the past five years.

Milk drinking has always been in part about habit and marketing, and milk alternatives capitalize on both.

Even using the word "milk" has become a source of controversy. "What would you call it? Almond slurry?" asks Nestle. "They are deliberately marketing them as a substitute for cow's milk, and it's very successful: More and more people are using those products." As a result, lawmakers from dairy states earlier this year called on the Food and Drug Administration to better enforce rules on what is labeled "milk."

Despite the decades-long decline, the dairy industry thinks it can boost milk consumption. The industry still managed to ring up more than $14 billion in North American sales in 2013. Alternative milks sell a fraction of that. There are also some positive trends for the industry — foodies embracing organic whole milk again; athletes taking to chocolate milk as a recovery drink.

But Marion Nestle still has her doubts. "The dairy industry has a lot of public relations that it is going to need to do to convince the public that it is producing a product that is healthy, good for animals, good for people and good for the planet."