Accessibility links
Philadelphia Says Goodbye To Little Pete's, An All-Night Dining Icon : The Salt For nearly 40 years, the old-fashioned diner has served up round-the-clock Reubens and eggs Benedict to all walks of life. But on Monday, the landmark served up its last meals. 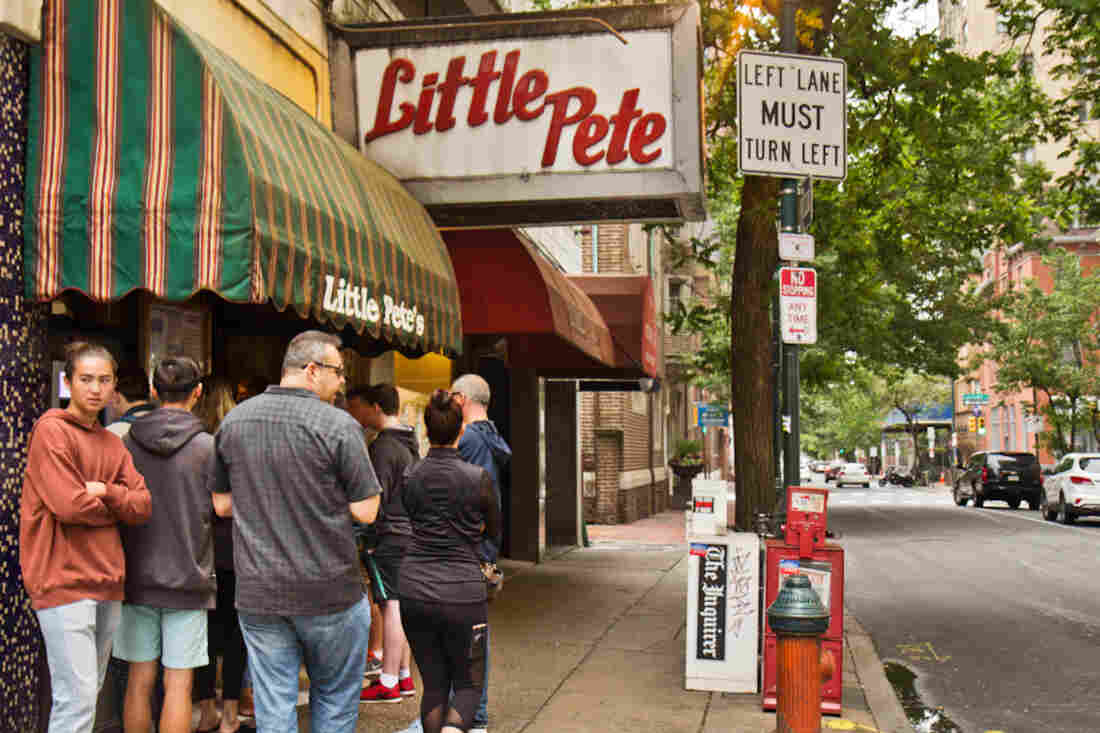 Customers line up outside of Little Pete's on Monday, the diner's last day in business. The landmark and pride of Philadelphia will be razed to make way for a luxury hotel. Kimberly Paynter/WHYY hide caption 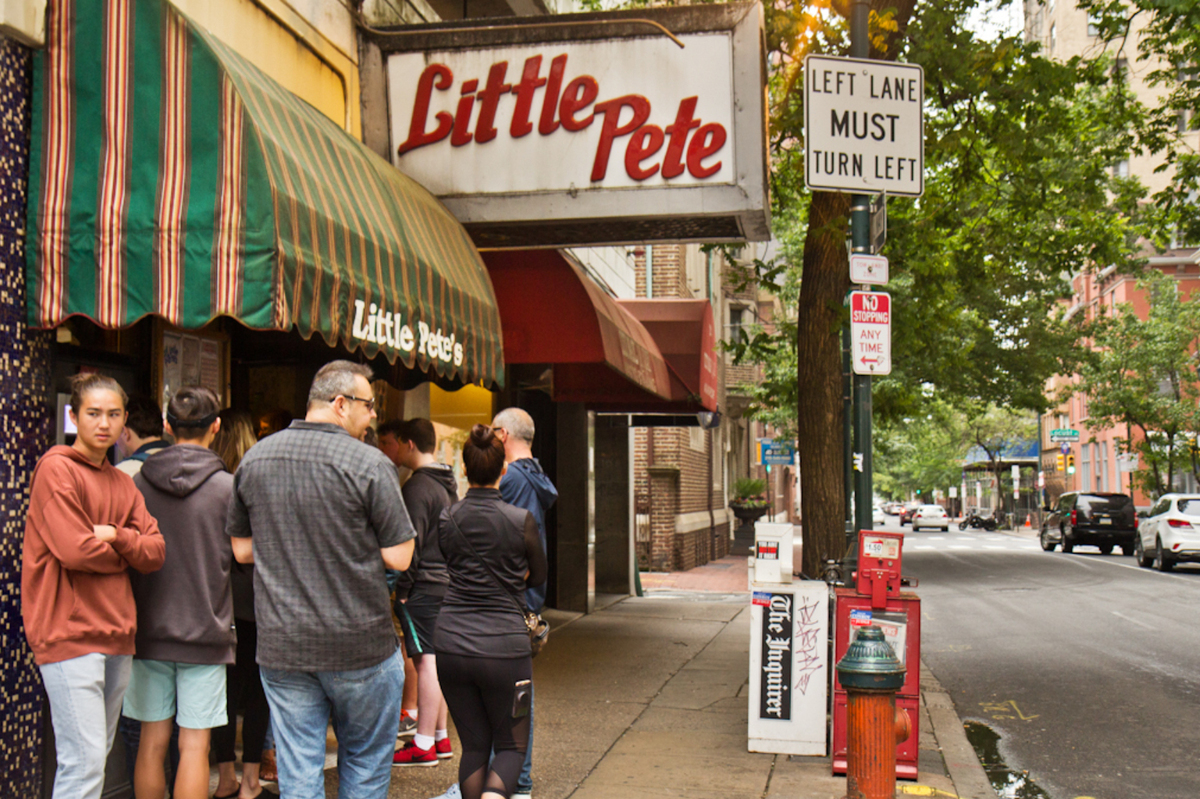 Customers line up outside of Little Pete's on Monday, the diner's last day in business. The landmark and pride of Philadelphia will be razed to make way for a luxury hotel.

For nearly 40 years, Little Pete's was more than just a greasy spoon. It became a landmark and the pride of Philadelphia. Now the city is mourning the loss of one of its last all-night downtown diners.

Little Pete's was named after Pete Koutroubas, a Greek immigrant who started in the restaurant industry as a dishwasher. He was so short he had to stand on a milk crate to do the job. That's where he got the nickname.

"Because I used to work at a place, and the owner was Big Pete — he was like six-foot something. And there was a manager there who was Pete. And I was the busboy. I was the little one. They used to call them Big Pete, Middle Pete and Little Pete. So I got stuck with Little Pete," he said.

That name, in red on a white old-fashioned sign, is what invited people in before sitting down at one of the simple booths or on a stool around a U-shaped counter.

Generations of lawyers, construction workers, business people and janitors have been served Reubens and chicken pot pies here since 1978. It became a community outpost in a section of the city that went from seedy to bustling.

"We have a customer whose name is John, and we call him neither/either, because he doesn't want a pickle or a chip," she said.

As Tracy Mueller found out, it didn't take long to become part of the Little Pete's family.

"The second time I came here, the waitress knew my name, she knew what I drank, before I even sat down. She's like, 'Hi Tracy, would you like some ice tea?' I love this place. It's like Cheers without alcohol," Mueller said.

It's the place where campaigning politicians would come to shake hands and celebrities would sneak in for a low-key meal.

But it's now coming to an end. New York developers are razing the diner and building a luxury hotel on the site, a symptom of the growing affluence of the city's core. Philadelphia resident Andy Kaplan isn't embracing the news.

"What we need is affordable food that isn't a fancy restaurant where the culinary critics are going to come and criticize and break down a restaurant," Kaplan says. "You need a little of everything to make a city diverse."

Koutroubas, meanwhile, says he's long known the end was near. Selling $6 mozzarella sticks and $7 roast beef sandwiches kept things rolling for decades, but when he started in the 1970s his monthly rent was $800. Last month, it was $10,000.

On Monday, Little Pete's served up its last meals.

Bobby Allyn is a general assignment reporter for WHYY in Philadelphia. You can follow him @BobbyAllyn.